In conversation with Charl Bezuidenhout

in News Articles 2013
Share on facebook
Share on twitter
Share on email
Share on whatsapp
Art South Africa in conversation with Charl Bezuidenhout of Worldart Gallery, exhibiting at the Cape Town Art Fair (25 – 27 Oct)
1) Art South Africa: What were your aims when you started the Worldart gallery? Its almost 10 years old now (established in 2004), do you think you’ve managed to achieve what you set out to do?
Charl Bezuidenhout: When I started Worldart the idea was to show the visual arts equivalent of world music, hence the name, Worldart. Today Worldart represents contemporary art with a strong leaning towards urban and pop art by South African artists. The work may be South African, but you will only know it if you ask. It identifies with a global existence rather than a South African existence. We are constantly part of global trends and influences and get exposed to it 24 hours a day. It is proudly South African and not typically South African.
2) ASA: One of your featured artists at the Cape Town Art Fair, Karlien de Villiers, has a solo exhibition opening Monday 21 October. Can you tell us more about her work, and why you selected her as one of the artists to feature at your stand?
CB: It is interesting that Karlien is actually much better known in Europe than in SA. Her comic books have been published in German, French and Spanish and she gets invited to prominent comic book fairs where she is treated like a star! What I like about her paintings is the dark humour and willingness to engage with subjects like loneliness and its effect on relationships. She is clever and her art effortless. 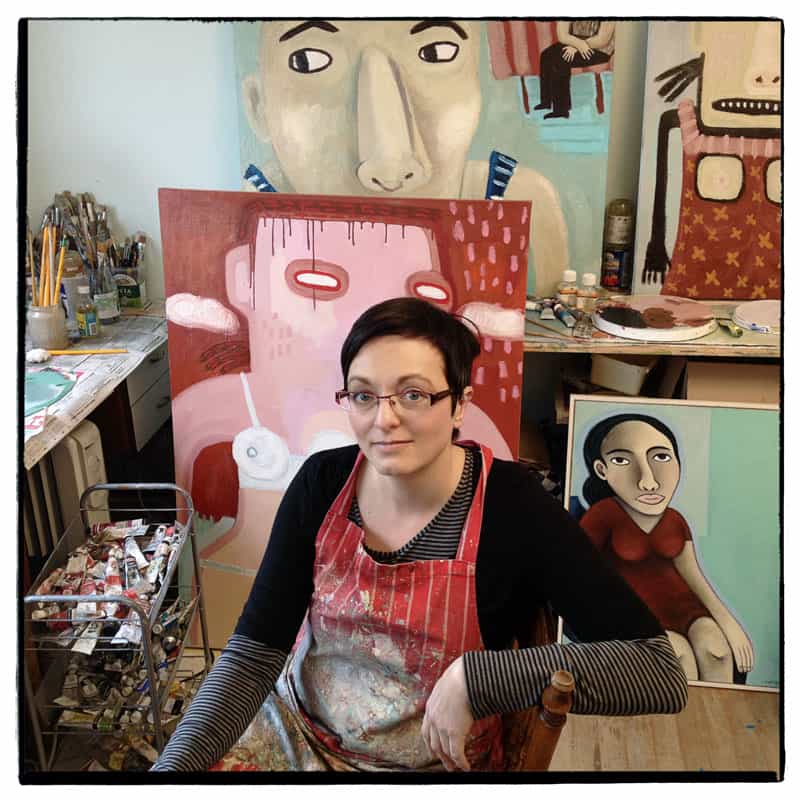 Karlien de Villiers
3) ASA: Another of your artists, Khaya Witbooi, will be doing a talk at the Cape Town Art Fair on Friday 26 Oct. He has also been named as CNN Africa’s featured Artist. What do you think it is about his work that people are so receptive to? Will you be showing works of his at the Worldart stand at the Fair?
CB: Absolutely. Khaya is a very talented artist with an acute sense of observation. He uses street art techniques like stencil and spray paint work, mixes it up with oil painting and delivers pictorial observations that are wise and devoid of lazy arguments and clichés. He will go far and we can already see that in the response to his work. 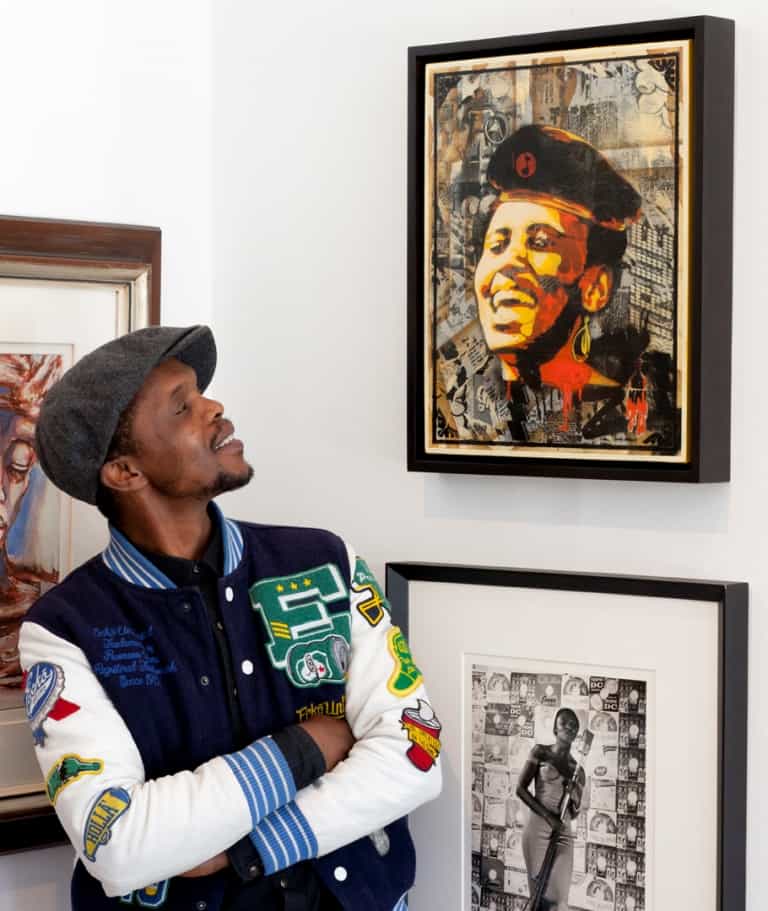 Khaya Witbooi
4) ASA: You have just returned from the Venice Biennale where one of your artists who will be on show at the Cape Town Art Fair, Kilmany-Jo Liversage, did a performance. How did that work?
CB: Kilmany was invited to do a 10m wide painting on a wall in the city – one of a handful of street artists from all over the world who was given the opportunity to do so. The wall was covered in canvas and she was given a week to paint in her street style while people looked on. The canvas was stretched into five paintings afterwards and two European galleries has requested to show her work as a result. 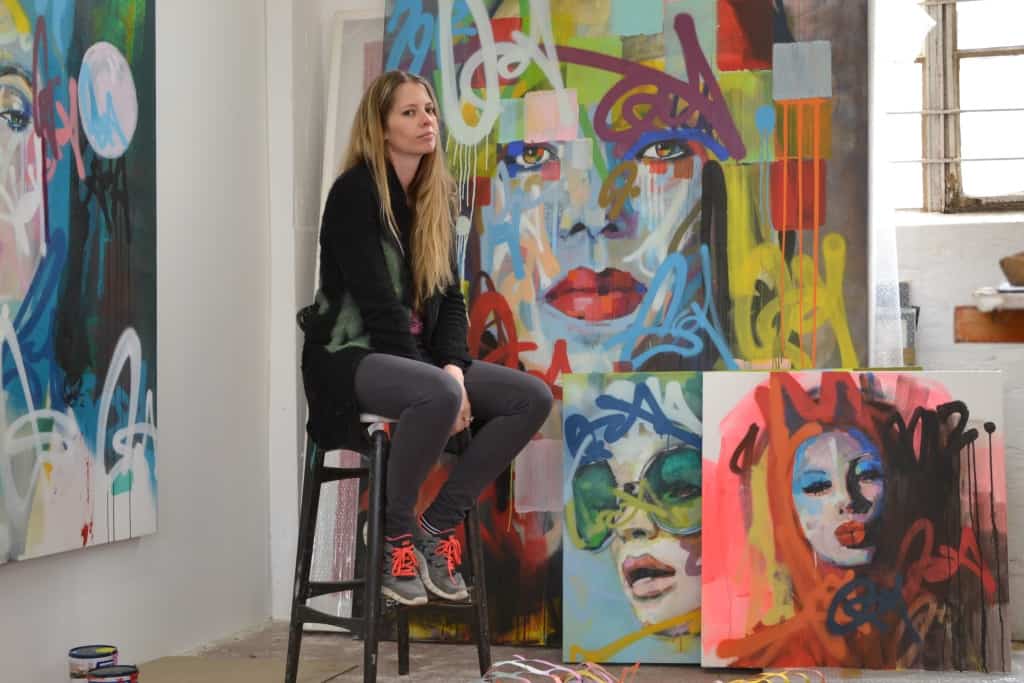 Kilmany-Jo Liversage
5) ASA: What are your hopes for The Cape Town Art Fair? Do you think it will achieve its aims of enhancing the image of Cape Town as an international art destination, and of the Fair becoming an ‘international drawcard’?
CB: I think that Cape Town has a very real and relevant art scene at the moment and the timing of the launch of The Cape Town Art Fair is perfect. Everyone will benefit and we are very excited to be part of the event.