On Art and Space: ART AFRICA In Conversation with Paul Senyol

Paul Senyol discusses the interaction between artist and audience, and the way this connection differs between public art and art within the gallery walls – especially after his recent experiences at both the Cape Town Art Fair 2017, and the International Public Art Festival in Salt River. 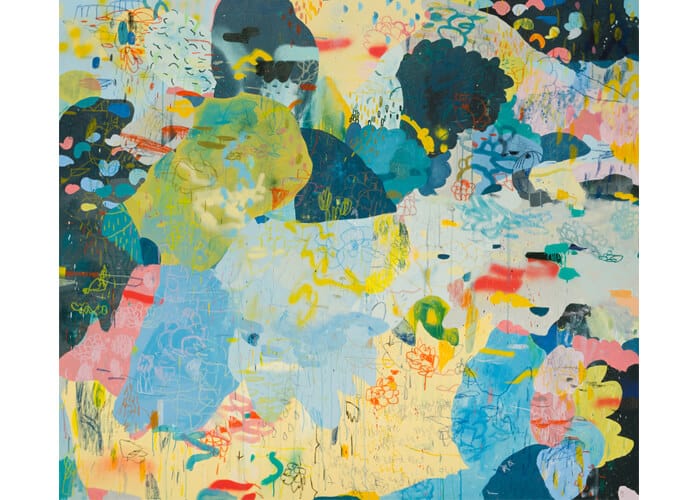 ART AFRICA: In your artist’s statement, you say that “daily movements define and embrace space, carving it with the same, simultaneous, care and ruthlessness of a sculptor”. Could you please elaborate on this, as well as how you portray this notion of space in your work?

PAUL SENYOL: I am constantly making observations and taking inspiration from my movements through the city – be it watching the ocean, the sunrise, or simply taking a closer look at a piece of concrete paving. These observations become visible in my work as I translate them from memory, photo and sketchbook onto canvas. I look to my immediate surroundings for source material, and as previously mentioned, inspiration.

Shape, form and colour are borrowed from my movements within the city and also find themselves layered into my artworks. By moving through the city – be it urban, suburban, or rural – I take these sights and sounds in, and then translate them to canvas. My translation is seldom very representational or literal, but rather, through abstraction, I intend to portray a feeling within each work or series of works. 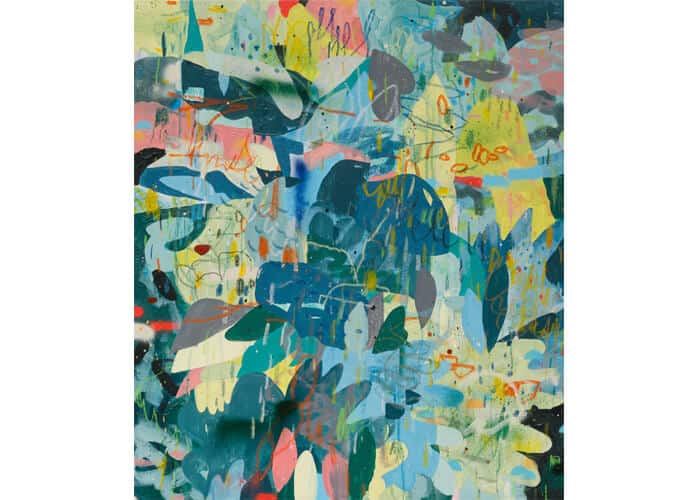 You state that a patina of your understanding and experience of space is characterized by transition – how has living and working in Woodstock, a space that is largely synonymous with gentrification, affected your work?

Woodstock is in constant flux – from sunrise to sunset. What you see during the day is very different to what you see at night, and so the area is in a constant transition – even by the hour, so to speak. However, if I take a look at Woodstock now in comparison to when I first started working in the area in 2011, much has changed. Some areas are a lot safer, or at least feel a bit safer than they did then. You still need to be vigilant and wise when walking along certain streets though, and as I mentioned before, this does change at dusk.

As for the gentrification process – having experienced it first hand, it is simultaneously interesting and sad. Artists and creatives seek out areas where we can create and work without exorbitant rental fees. Unfortunately, Woodstock seems to offer much fewer of these opportunities now, than it did 5 years ago. However, the things which interest me and inspire my work haven’t changed much – there is still a lot of colour and interplay between textures and surfaces, there is a certain grit still to be found. 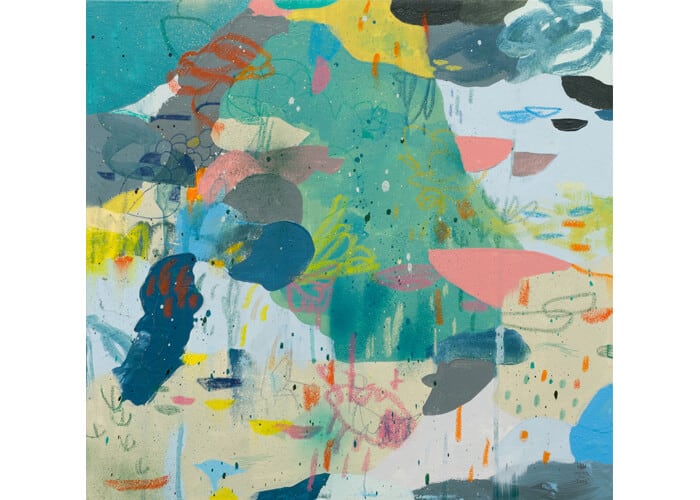 In the early 2000s, you exhibited ‘free art’ on street corners in Cape Town, and now you exhibit almost exclusively within the gallery space. How has this shift in presenting your work affected the audience you are addressing?

I was very interested in the interaction between the artist and audience, and at the time I had very little exposure and opportunity within the traditional gallery system. I decided to take my works to the street, where viewers could interact with them on a daily basis, and the works could become a part of the movement of the city.

This is underlined by my idea that art should be accessible, and also taking into account that the gallery space can be experienced as quite an intimidating space in which to view works. Over the years I have maintained the presence of ‘exhibiting’ and showing works on the street and within public spaces – but my approach and concept has shifted slightly towards artworks and interventions, which interplay and compliment their specific environments.

I still feel a connection to the man in the street, and would like to continue and maintain a conversation with the public, but perhaps in a more conceptual and considered manner. My work within the gallery has taken on a new role, now simply being found within the gallery walls.

Although the way I present the works in this particular space still maintain a level of integrity – and make reference to my background as an artist who works on the streets, however not solely on the streets. I believe there are benefits to showing work in both spaces, although each requiring a different approach in terms of the execution and presentation. For instance – being one of the artists involved in the first International Public Art Festival (IPAF) which happened in Salt River in February – my approach to this mural project was quite different to my approach in creating artworks for a gallery exhibition. 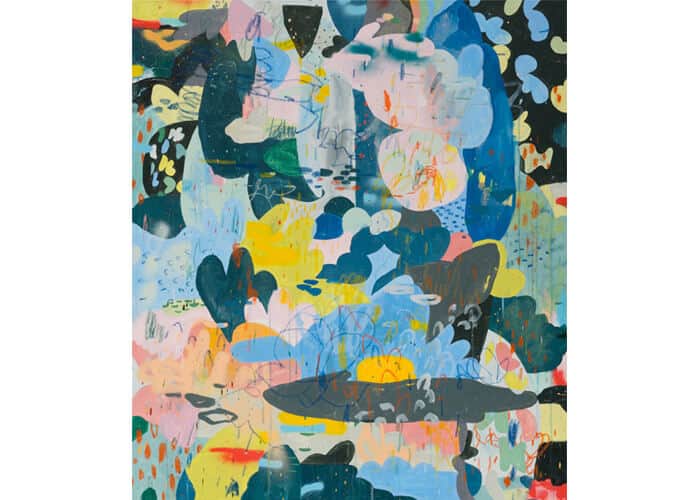 You recently exhibited your work at both the Cape Town Art Fair (CTAF) and the International Public Art Festival (IPAF) in Salt River. In what way did the reception of these two exhibitions differ – if at all?

Well firstly the IPAF is mainly an outdoors street festival. The organizers invited a number of artists to participate over the course of a week. An area within the suburb of Salt River was earmarked and walls were allocated to artists to paint. The main thrust of the IPAF was to involve and uplift the community through the arts – in the long term making the Salt River area a tourist destination for the murals, as well as the local culture, hospitality and food. Part of the IPAF project was aimed at the local school, offering workshops to the students by the artists.

The IPAF was a great project to work on, and something I felt drawn to participate in, given the concept and involvement with the local community and schools. Being part of the IPAF meant much more to me than just painting a big wall. The wall I painted was for the Youth Solutions Centre and Joseph Assignment in Shelley Road, which are non-profit organizations offering meals, counselling and a safe place for those within Salt River who need help. Painting this wall was an incredibly enriching experience, and I hope that the wall and the building bring an even greater sense of hope, light and life to the community.

This year’s CTAF was in my opinion one of the best showcases of local talent since its inception five years ago. Being able to show work with Salon Ninety One at the CTAF was a great privilege.

I always look forward to the CTAF as being my first thrust of new works for the year. Showing works at the CTAF has a very different audience from the IPAF, and each of these has their place within the creative community, and those who view the works. I like to think of the CTAF as a captive audience for the arts, where people will visit because they are interested in seeing works. If I look at the IPAF, what excites me most is that these works are truly for everyone to discover, even if they don’t have an interest in creativity or the arts.

The CTAF brings people to the arts, and the IPAF brings the arts to the people. Hopefully as we move forward, the month of February in Cape Town will grow to become a month for creativity, and we will see showcases like the CTAF, IPAF and Design Indaba start to meld into one long creative get together. 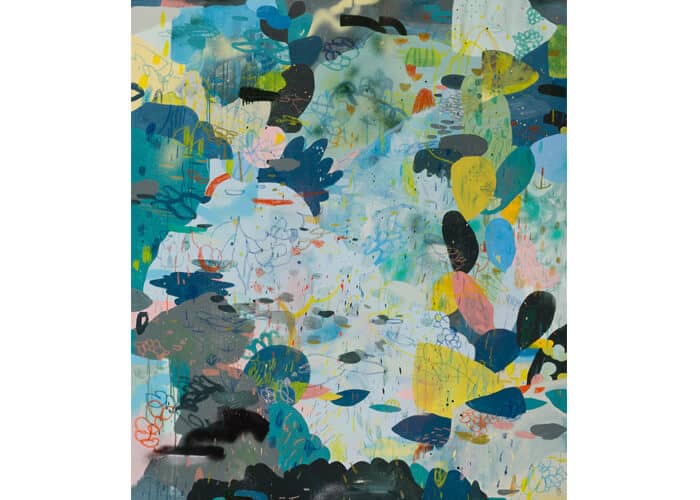 Previous bodies of work have focused on space and human interaction with it – could you please tell us more about the body of work you exhibited at CTAF 2017, and whether it continued with this theme?

Indeed, the concept of space and movement through spaces is a consistent theme within my work. As I move through environments and surroundings, they are always in flux and change, which becomes a constant starting point and inspiration for my works. I created a number of new works for the CTAF. For the body of work which I showed at the CTAF, there was this undercurrent of space and movement, light and dark.

What I have found quite interesting of late, is how a number of my works begin to speak and complement each other, as if each work I finish starts to inform the one that follows, and so forth. In this regard each work is incredibly unique and has its own sensibility – yet over a number of works they start to tell a story, and a narrative unfolds between artworks. Often the thoughts and mark-making, the patterns and shapes start to repeat themselves from canvas to canvas. Therefore, there is an interesting narrative which starts to unfold between the works – as certain colours start to digress and change, my thoughts and understanding become clearer. 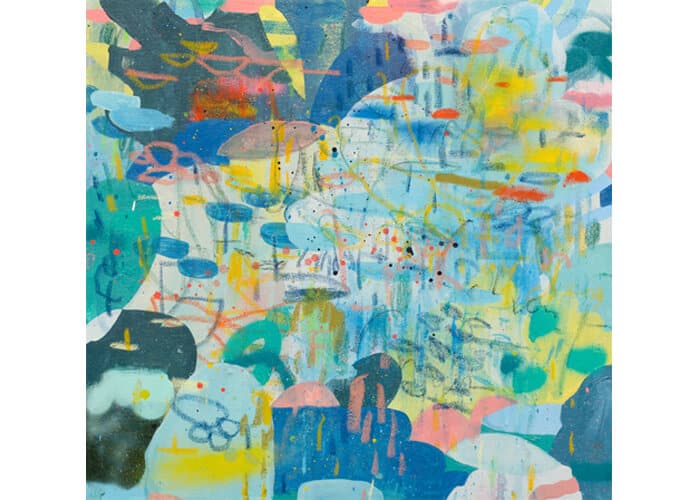