In Memoriam of Henri Vergon

He passed away last week 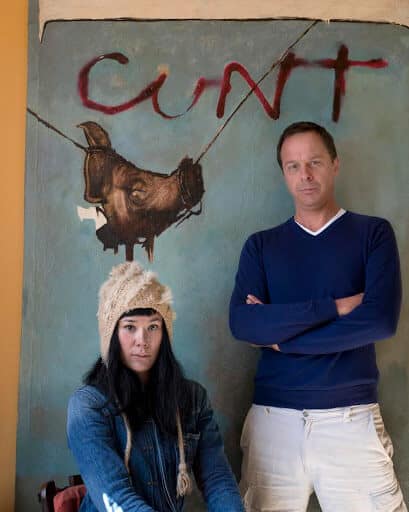 Henri Vergon, a stalwart of contemporary African art, passed away at his home in Johannesburg last Friday. The art world will be a poorer place without you.

Henri Vergon was passionate about Africa, was passionate about art, was passionate about people. His positive energy was infectious, his smile spontaneous and a glint of mischief in his eyes. Brendon and I first met Henri when he was working at IFAS about 20 years ago, his belief and determination to place artists from Africa and the diaspora on the international map inspired us. A generous and knowledgeable person, he offered us support and encouragement in our gallery ventures then and in the early years of publishing the magazine.

In 2005 Henri founded Afronova Gallery in Newtown, Johannesburg – a gritty edgy area of the city. Later he and his partner in life and business – Emilie Démon – moved the space to Braamfontein. Together Henri and Emilie took the gallery and the artists they worked with to new heights showcasing on international platforms like The Armory Show, Art Paris, 1:54 Contemporary African Art Fair in New York and London. Together Henri and Emilie forged relationships with and their artists exhibited at important institutions like the PAC Milan, Iziko South African National Gallery, The Studio Museum, The Smithsonian Institution, Mass Mocca, as well as foundations like Fondation Louis Vuitton in Paris, Prada Fondazione in Milan, Fondation des Galeries Lafayette in Paris, JP Morgan Chase in New York, La Maison Rouge in Paris.

RIP Henri, you left us too soon. Our condolences to his family and friends

Henri Vergon is no longer with us. The shock of this loss is hard to bear. He was a colleague of the highest integrity and a wonderfully eccentric man with a great love of life and sense of humour. Having known him for more than 20 years he was always willing to share his extensive knowledge and insight. He had a great eye and visual sense and created an international platform for young artists from various parts of Africa. This vivacious and charming human being will be sorely missed by all those who knew him. Condolences to Emilie, his family and friends and colleagues.

We miss you, Henri, and your great French magic. Your generosity of knowledge in the art and concern for others. Go well into the night. Rest in peace Henri, we all will miss you. Condolences to your family and friends, and to you Emilie.

Henri always took chances when no one else would. And despite our loses, we always came out on top. We have lost a hero.

We were honoured to have known Henri Vergon over a period of 15 years. Henri was indeed a key figure in the art fraternity. He maintained irreproachable standards in his profession. Losing his visual eye and particular speciality of establishing South African artists on the global market through Afronova Gallery cannot be overlooked. His passing will leave a vast gap. RIP Henri, you will be sorely missed.

Commiserations to his partner Emilie, Family, Artists, and Friends.