‘In Search of a Nation’ at the Njelele Art Station

Two concurrent, intersecting exhibitions are set to open this evening at the Njelele Art Station in Harare, Zimbabwe: ‘Indlovukazi,’ by Buhlebezwe Siwani, and Sikhumbuzo Makandula’s ‘In Search of a Nation,’ in collaboration with Moffat Takadiwa. ART AFRICA spoke to Makandula about his performance, the origins of the exhibition, and the personal and post-colonial narratives that connect these artists and their respective practices. 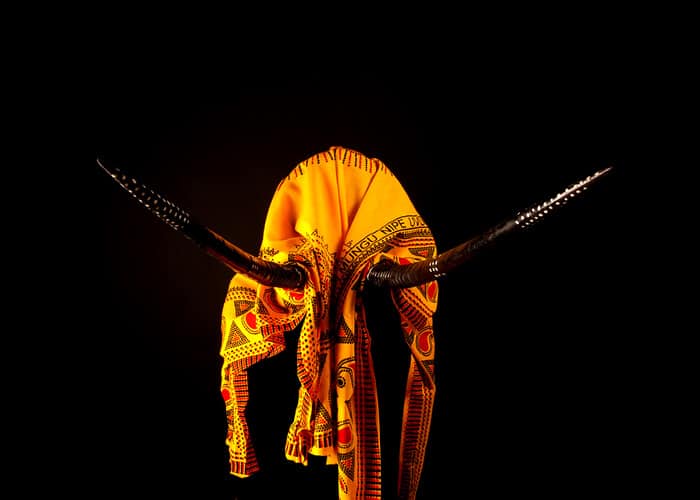 In a nutshell how would you define your practice?

My practice focuses on the intersections of the fine and performance arts, public history and public memory in relation to public space in the post-apartheid South Africa.

Could you tell us a bit more about how you came to be involved in this exhibition? Where did the idea come from?

The idea of the exhibition came from a conversation between Dana Whabira, Buhlebezwe Siwani and myself, during a group show in Johannesburg in 2015. The idea initially was just to focus on performance art and foster collaborative exchange between South Africa and Zimbabwe-based artists in writing our own narrative historically and geographically, within the canon of visual arts in a post-colonial African state. 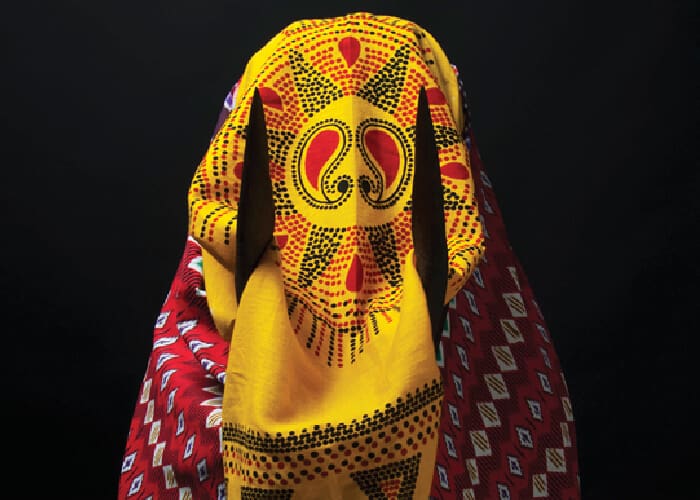 As artists performing under the same roof, as it were, what are some of the connection points in your work, and how has the conceptual framework for this exhibition grown out of these intersections?

Connection points are issues of trade, geopolitics and the imagination or the nurturing of human sensibility affected by the dramatic oscillation of individuals and communities between comfort and discomfort, between space and place. What has been left behind, by who and how it eventually disappears.

The collaborative performance with Moffat Takadiwa takes on from a conversation about transmigration of people, products and public history between two neighbouring countries. The performance will be a procession in the public space leading up to Njelele Art Station, interrogating consumer culture, spirituality and politics of space within the city of Harare. The metanarrative of how currency and imported products gentrifies how the cityscape is navigated will be a trace left behind.

The performance and installation will hopefully complicate and debunk the stereotypical narrative of identity and public history within the two SADC countries.

‘Indlovukazi’ and ‘In Search of a Nation’ will run between the 28 April – 27 May 2016 at the Njelele Art Station in Harare, Zimbabwe. ‘Harare Conversations: Artist Talk’ with Buhlebezwe Siwani, Sikhumbuzo Makandula & Moffat Takadiwa, moderated by Raphael Chikukwa, Curator, National Gallery of Zimbabwe, will take place at 11AM on Thursday 5 May at the National Gallery of Zimbabwe’s Library Extension.