Inaugural Edition of AKAA Postponed Due to Terror Attacks

Despite resolving to go on, the organisers of Also Known as Africa (AKAA), the Paris-based fair for contemporary art from Africa, have announced that the first edition will no longer take place due to concerns over attendance in the wake of violent terror attacks. 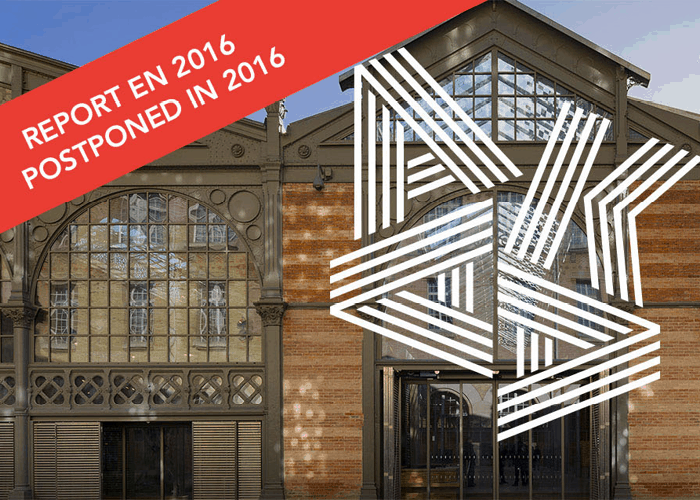 The new fair, founded by Victoria Mann, was scheduled to take place from 3 – 6 December 2015 at the historic Carreau du Temple. In the immediate aftermath of the attacks on Paris on Friday 13 November 2015, Mann insisted that the event would not be intimidated into closing by acts of terrorism; “We had decided, despite the horror and sadness, that we would still mount the first edition of our fair in December as planned,” she said in a statement that was released to the press, “We felt strongly that the principle of liberté, which is integral to France’s identity, demanded that we not back down.”

However, the ensuing days have seen a continuation of tragic events across the globe. After the terrorist attacks in Paris, the Malian capital of Bamako suffered its own attack and Brussels remains on high alert as the manhunt continues for suspects in the Paris attacks.

Subsequently, in a press release sent out yesterday (25 November 2015), AKAA has stated the following:

“Today, we have to face the obvious… after careful reflection, shared with our team, our selection committee, galleries and partners, it is with [a] heavy heart that we have decided to postpone the first edition of AKAA. We are committed to offering the public and the actors involved in AKAA nothing less than an event that lives up to our promises.

We also have to consider the commercial dimension to our event. In the current grim climate, we might face a certain restraint on the part of collectors and art connoisseurs. Maintaining this first edition as scheduled could jeopardise the fair’s sustainability and put our exhibitors and artists at risk.”

The fair is composed of galleries (60% of which are foreign) and artists (90% of whom are from other countries) who have reportedly expressed their deep concern with regard to both the security dimension and the economic risk that would cast a pall over the fair. “A fair that does not meet the needs of its participants would be unjust to all players in the art world,” said Mann, “If economic results are compromised, a likely scenario, we could jeopardise the sustainability of the fair for the future and damage the economic viability of our exhibitors and artists.”

AKAA’s first edition is now being rescheduled for a new date in 2016, to be announced soon. Despite postponing the fair itself, AKAA will maintain some of the satellite events already planned for professionals and AKAA partners, which will be taking place off-site.

“All of AKAA’s members, friends, exhibitors, and partners remain united against barbarism. Today, more than ever, we must act together to celebrate life and peace. In this spirit, art and culture play a key role and we at AKAA are committed to do our part,” said the organisers, “We look forward to celebrating the richness and variety of contemporary artistic creation in a more assured climate for cultural and artistic exchanges.”

As an official media partner to the fair, ART AFRICA will be following and sharing information on the development of AKAA. In the meantime, stay up to date by watching AKAA’s website and by following AKAA on Facebook.