Inclusions: In Conversation with Stephen Allwright

On show at SMITH Studio is Stephen Allwright’s current solo exhibition, Inclusions, where he explores his own emblematic shorthand, an inverted form of self-portraiture, as well as the extent of ink in resonating with the images forming in his mind. ART AFRICA got to sit down with Stephen to find out more. 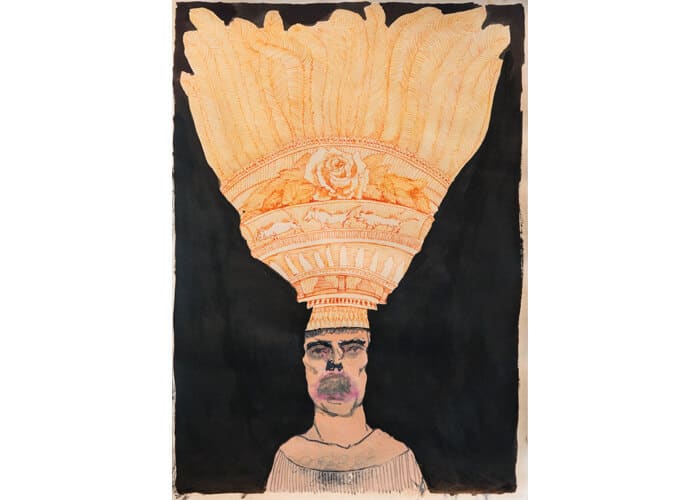 In 2015, you exhibited alongside the likes of Mohau Modisakeng and Rowan Smith in the group exhibition, Broken English, at Tyburn Gallery in London. How has this experience impacted on your work?

The body of work that was included in Broken English was the culmination of a few years of tentative explorations within the seclusion of my studio in Calitzdorp. In the beginning I struggled, stylistically and cognitively, trying to integrate the elements that were pre-occupying me. As I gradually became more fluent, I hadn’t really considered the uptake or resonance of the work further afield than the confines of my studio. After the body of work was first shown in Cape Town then shortly after at Tyburn it was quite an affirming experience. Subsequent to that I’ve felt slightly more confident in my application, but my process hasn’t changed. 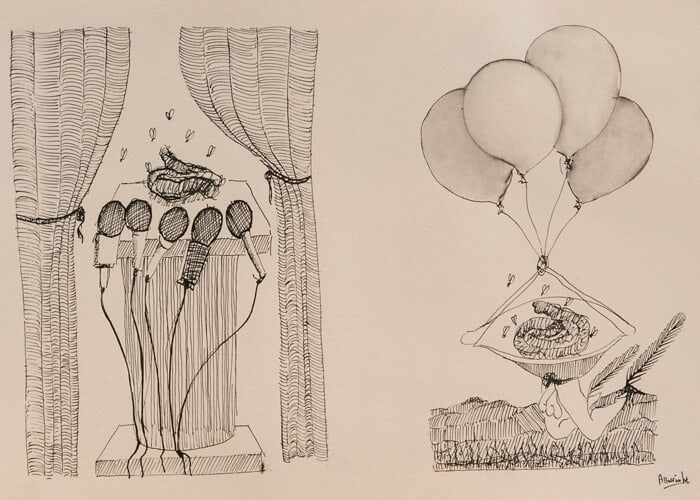 You started painting after leaving Cape Town for the remote settlement of die Hel in the Swartberg mountains. Did the juxtaposition between these two locations have an effect on your practice?

In retrospect, moving to die Hel was inevitable when I realised that I needed to create. There was no connection to the outside world barring a telephone.
In addition, the move was necessary to circumvent the inertia I knew I’d encounter in Cape Town, and to place myself closer to the town of my birth, Prince Albert.
It was in this isolated environment that I was able to strip away the layers of my previous existence. In my current work I’m beginning to revisit some of these memories.

In your artist statement for your solo exhibition, Inclusions, currently up at SMITH, you mention that you attempt to distill and decipher your impulsive responses to the manifest world by creating what you describe as ‘an emblematic short hand.’ Can you please elaborate on this?

I spend a significant portion of the time in my studio making small, quick sketches to record things of recent interest to me. This practising helps in creating a form of short hand which I can employ when I feel the need to respond rapidly to something specific. These abbreviated strokes eventually begin to form their own symbolic significance over and above being lines that refer to a particular subject. They may be the utilisation of a stylised headdress or even a sweeping line from the bottom of a breast to within the groin. For me this encompasses a particular set of information that is as significant for its exclusions as it is for what’s included. 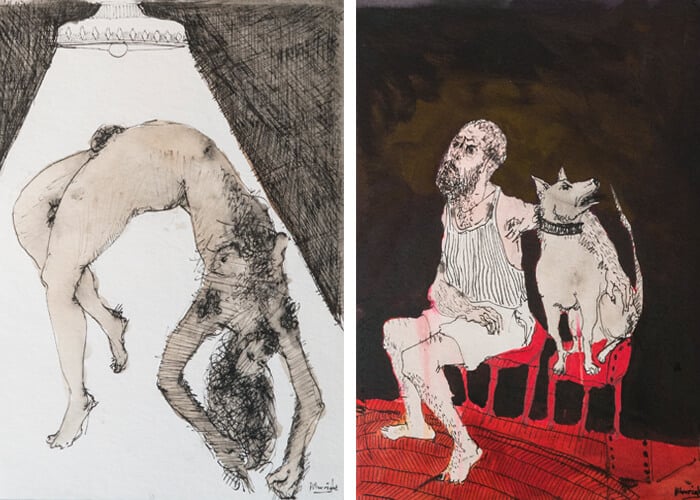 You describe your work in Inclusions as an inverted form of self-portraiture-what do you look to for subject material, and how do you insinuate yourself into this process?

As I mentioned, I started painting in isolation because it was the only way I could work uninterrupted. As the images and sensations of the life I’d left behind began to fade they were gradually replaced by primacy of my own being. It was within this ‘state of being’ that I evaluated any extraneous inputs. The limited exposure to people and events outside of the valley developed the way I experienced information. As I was unable to share the burden of unpacking any news I always felt contained or insinuated within the internalisation, processing and subsequent rendering.
Although, I moved out of die Hel a while back, I consider my studio to serve a similar function. It is a place where I can empty out the experiences gained over a certain time and begin the process of personalising and assimilating them. When I externalise the process by means of some or other medium the works that develop become a clearer version than the thought. In a certain sense it becomes a better representation of me.
I choose my subject matter intuitively and emotively from the multitude of available sources. I don’t have a conscious overarching ideology that guides me through or grades the relevance of events within my own life or that of others. I see for example a parallel between physical walls that prevent people sharing in a better economic lot and the continued segregated spatial reality in my own town. The face of this disempowerment is fundamentally similar so I imagine my immediate space as an echo of the world in this regard. This ‘personalising’ of the links between seemingly removed circumstances becomes my entry point. 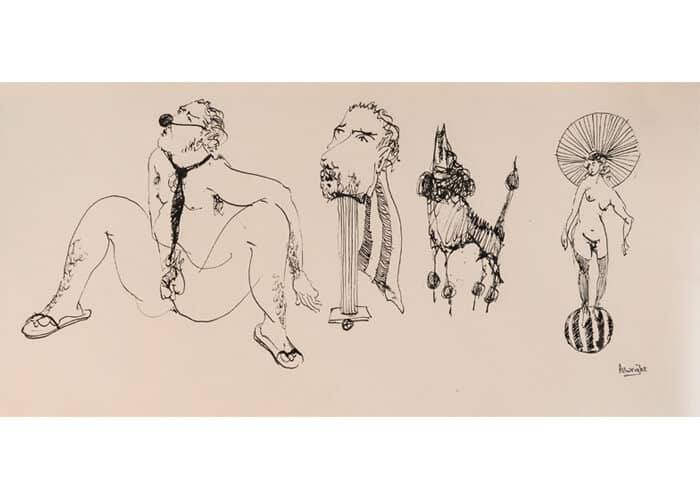 Your principal medium of drawing is ink, what drew you to this medium in particular?

During the phase of transitioning out of oil paint I was at a loss as to the direction I needed to take. I realised that, for me, there were specific limitations to oil that would prevent me from being able to articulate what was emerging. I experimented with different media and eventually found that ink (particularly black ink) resonated with the images forming in my mind. Shortly after I began to explore in ink I remembered having had a calligraphy set when I was a child and that memory provided a certain link to my past and a degree of comfort. Also, I really like the smell.

Stephen Allwright’s exhibition Inclusions is currently up on show at SMITH Studio, and runs until the 18th February 2017.