in News Articles 2013
Share on facebook
Share on twitter
Share on email
Share on whatsapp
In his recent article ‘The Creative Act’ (in Art South Africa‘s March issue), writer Matthew Partridge speaks to ideas of art and accessibility, saying that “art, it seems, is the reserve of those who know where to look.” He focuses on the relatively small number of people living in South Africa who are fortunate enough to interact with art on a daily basis, where the kind of exposure is limited to events like the nationwide controversy of Brett Murray’s The Spear, when it hit the media in 2012.
This is not to say that our cities lack galleries. Art institutions are continuously offering new and engaging bodies of work by local as well as international artists and there are usually very minor admission fees involved, if any. This is not to say that these venues are not visited by many local and international art enthusiasts, because they are. What Partridge is pointing out is the seeming exclusivity of these spaces, which can be formidable to a burgeoning art admirer as a result of the ‘ideological weight’ that dissuades their entrance.  He is calling for a reinvention of the tradition gallery space, a genial public interaction with the art world. Fortunately, the Infecting the City Public Art Festival is right around the corner.
ITC curator, Jay Pather, outlines the festival’s intentions as aiming to engage a broader group of people than the “small group of in-the-know followers of art” and to bring art into unanticipated areas of the city for a public audience. The now-7-year-old festival is venerated for its ability to engage diverse cultural and artistic practices and for bringing the city to life by using alternative exhibition strategies and locations. South Africa, being a place of profound multiplicity, is well served by events that bring the public together in public space. 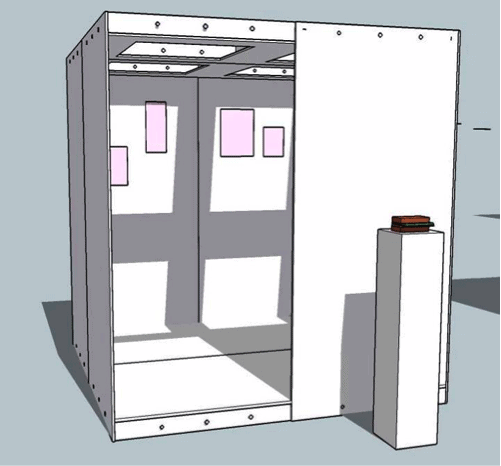 Artists impression of Cubicle
The use of alternative spaces is a means to prompt discussion about traditional exhibition – and gallery formats is a familiar one, and has continued to effectively broaden the discourse surrounding art exhibition etiquette. Arguably the title of most acclaimed curatorial provocateur lies in the hands of Hans Ulbrich Obrist as a result of the exhibition he held in his student kitchen in 1991. By holding the show inside his private residence, Obrist made a powerful statement about the accessibility of formal galleries. His latest endeavour ‘do it,’ based around the fulfilment of instructions from artists by other artists to realise ideas, is no different in its challenging approach to the ever-asked question: what is art? Or more importantly, where is art?
Most recently, Matty Roodt of Bazaar has responded to the immediate need to have group exhibitions of up-and-coming young artists. The “chance of all of us showing together as a youthful Cape Town art wave will be lost if no one does something about it,” says Roodt. Bazaar has taken place in various urban locations around Cape Town since 2012 and the publicity surrounding these shows happens mostly via social media channels, often just before the show happens. This kind of playful, flexible attitude is intended to follow through to create “a space where work [can] exist pressure free.” This month Bazaar, in collaboration with Brundyn+, hosted the first Bring Your Own Beamer exhibition. BYOB, in which ‘beamer’ refers to the use of projectors rather than our colloquial motorcar association, was first initiated by Dutch-Brazilian artist Rafaël Rozendaal and has taken off worldwide as a successful interpretation and use of alternative exhibition practice. 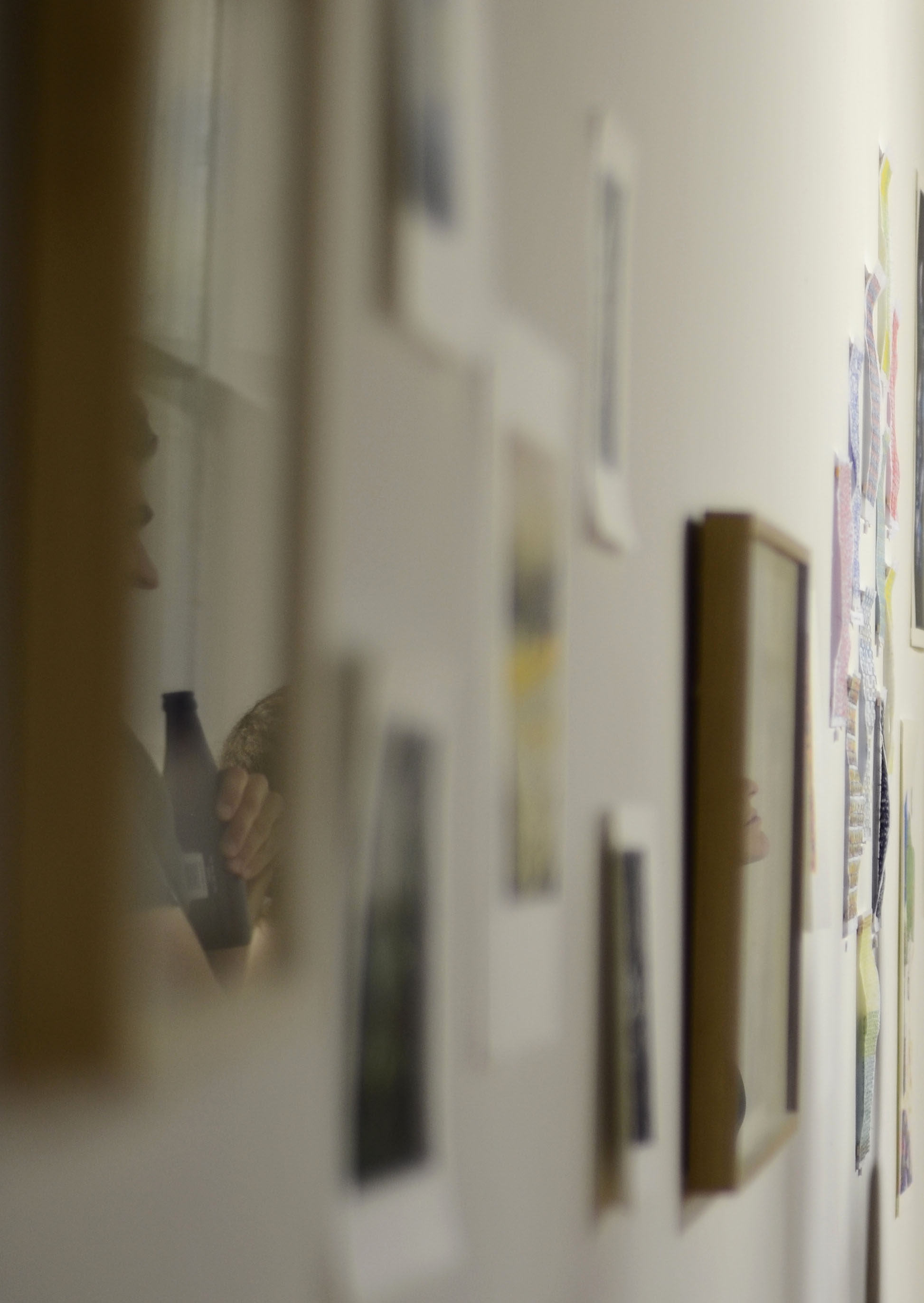 Bazaar
With these concerns in mind when conceptualising our idea for Cubicle, Rosie Mudge and I wanted to have an exhibition which brought art to people rather than the other way around. It was for this reason, as well as our interest in alternative exhibition strategies, that we decided on a mobile art gallery. The work on show will change from day to day during the ITC festival and has been carefully selected from current Michaelis students and alumni. It encompasses a broad range of mediums using a simple sizing limitation as part of the submission process. The idea is to combine work from both emerging and better-known artists on the Cape Town scene, and to encourage the act of art-collecting by making it accessible to the public. By making the works for sale at a standardised price of R40, we hope to provide visibility for future graduates, while for more established artists it means the chance to let anybody collect your art.
We asked Matty Roodt to comment on the idea of art collecting in light of our aims for Cubicle:
“I used to play the Pokemon card game as a kid and I think of collecting art as a version of that… I remember I went to go see the Pokemon movie and everyone got a free Pokemon card. At the time I wasn’t playing cards yet, but I kept it and it turned out to be a really rare one! Kind of priceless, ‘cause there was no other way someone could acquire this in the primary market. Your project is kind of the same as that I think.”
The pricing is important: R40 is a low enough amount to make art obtainable by a more general public. It is still an amount of money that represents a choice buy, as opposed to free art, where you take it but may discard it later. In line with the aims of the festival, we didn’t want access to art to be limited by people’s financial situations. Our aim is momentarily to open up the world of art collecting with Cubicle by promoting accessibility to art and hopefully generate a greater art-collecting community as a consequence.
The locations of the Cubicle gallery will be hinted at from our Twitter page. Follow us @CubicleCT to be kept updated about the shows during the week of Infecting the City.
Text by Marion Sandwith of Cubicle
First published on platformonline.co.za
for more info go to: