This exhibition showcases his modern, powerful and thought-provoking sculptures that expose the tragedies of war and bring life out of death. This is the first time that Beaux Arts London have shown an African artist and it comes at a time in which Africa’s contemporary art scene is flourishing. Freddy Tsimba is at the forefront of emerging Congolese artists who are using their influential creations to bring light to Africa’s political challenges. 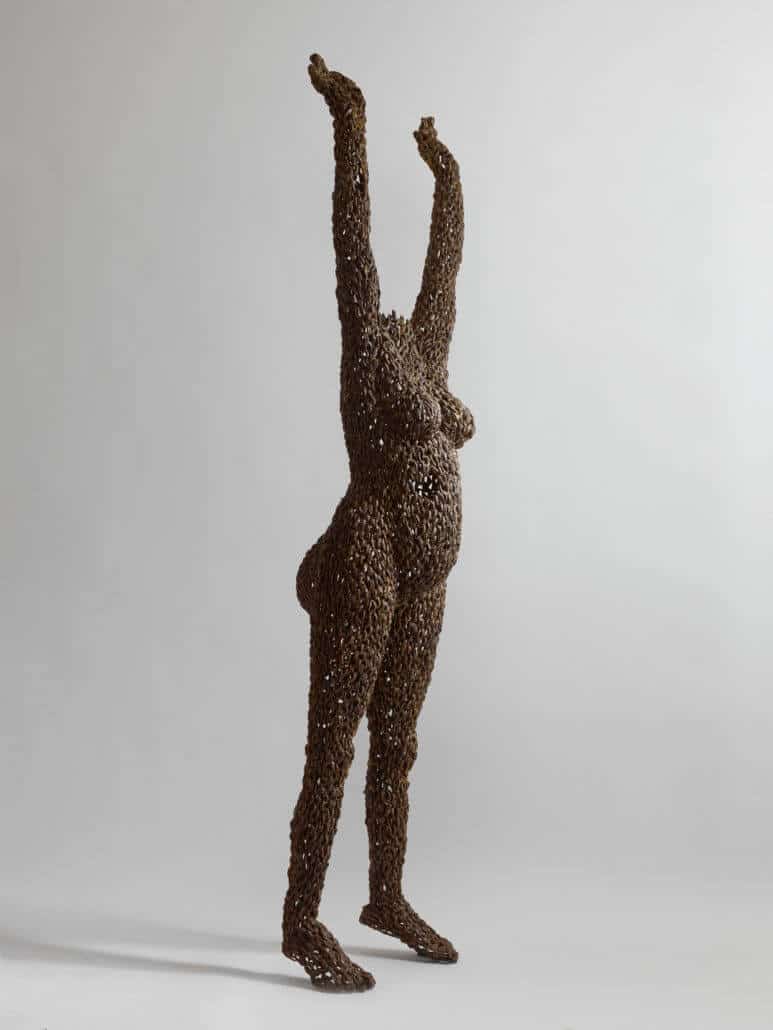 Tsimba’s sculptures are a mute but powerful testimony to the destruction and corruption of armed conflict, not just in Africa but throughout the world.” Eric Turner, Curator, Department of sculpture V&A.

Tsimba was born in the capital of Congo, Kinshasa on August 22nd 1967. He won a place to study at the prestigious Beaux-Arts de Kinshasa.

“My real school, even though I studied at the Beaux-Arts de Kinshasa, is in the streets where I lose myself entirely” said Tsimba, “my teachers were the blacksmiths who taught me the art of fire and welding”

Given Congo’s past of,the colonisation, dictatorship and successive conflicts the artist has plenty of material to work with to produce intricate pieces. He spends time combing battle grounds for relics and objects of conflict and is known for using discarded metals, namely objects of war like bullets casings, keys, spoons and even machetes. 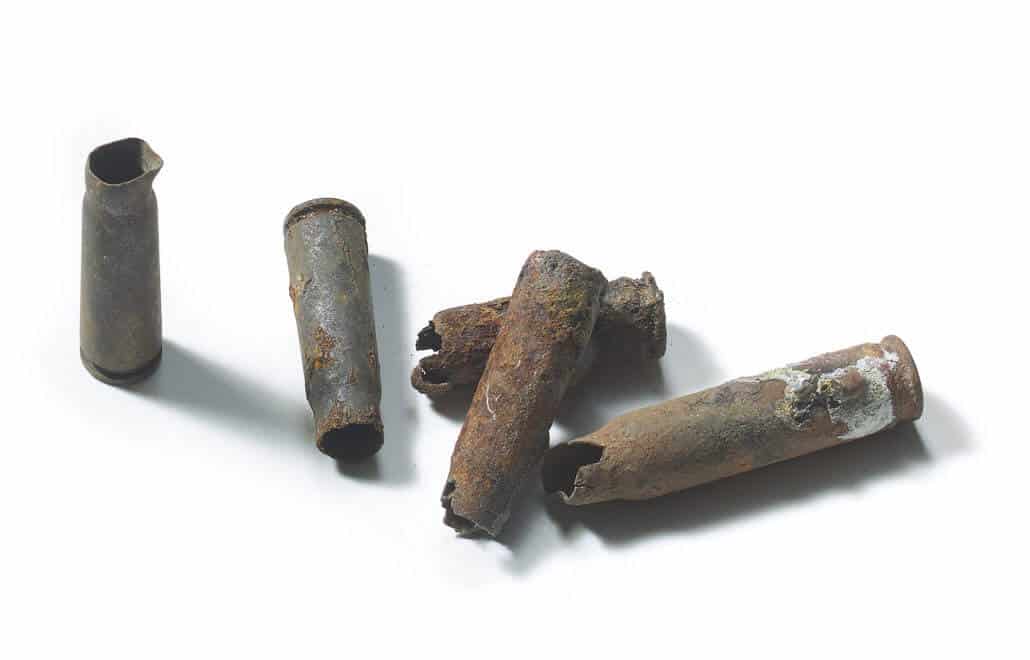 “I am a believer in life and life is beautiful and I try to portray and recreate the human body, using all these elements that most people may not associate with beauty” Freddy Tsimba 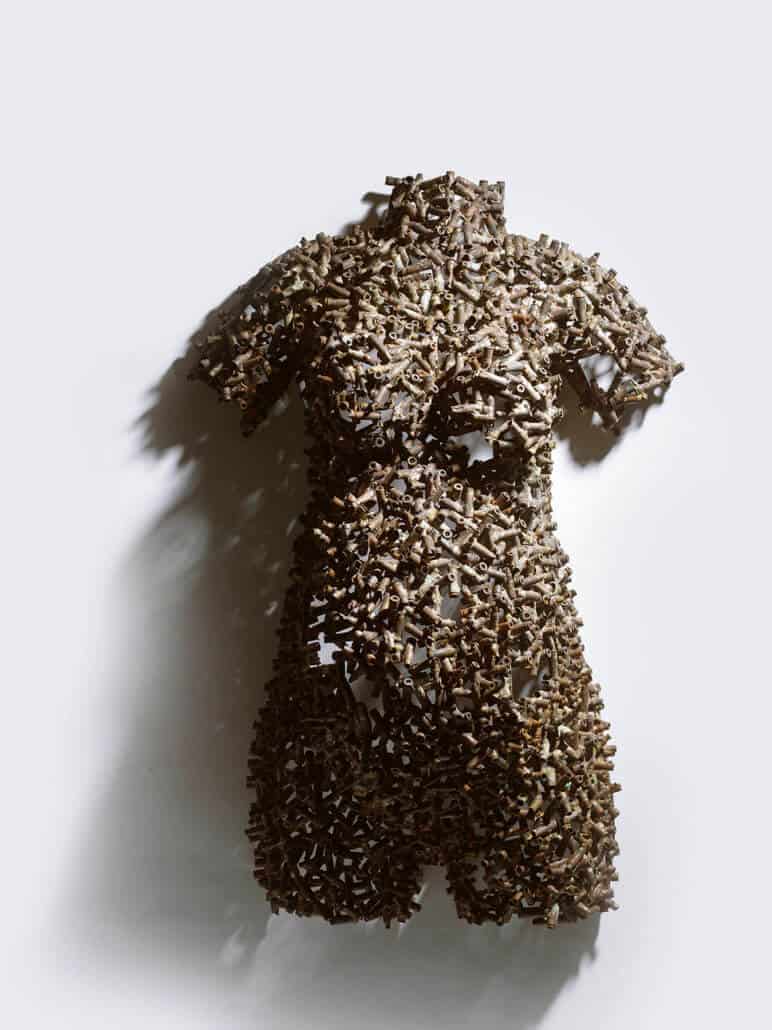 “This exhibition is a work of love for me, because I always say that I like the concept of the afterlife, but I especially like planet earth, because I live on earth and through this exhibition, it symbolises reconciliation with humanity. That is why I use the female form because for me, life happens because of women” Freddy Tsimba 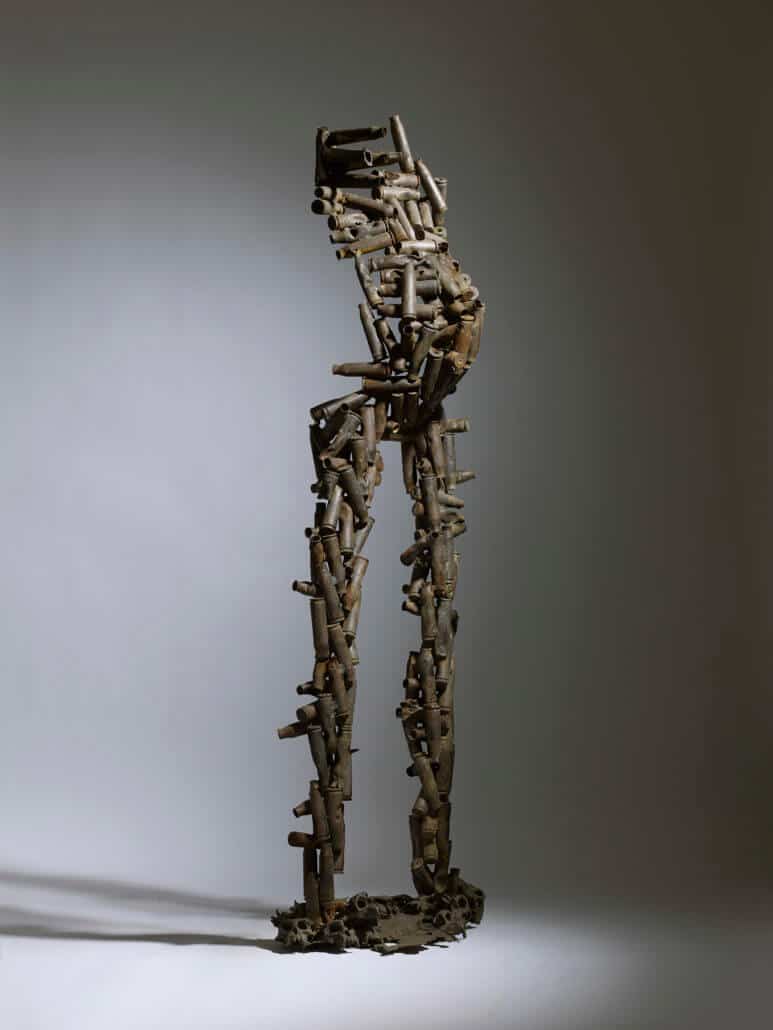 Freddy Tsimba was featured on CNN, click here to view the video.

His sculptures have been exhibited all over the world including Europe, the United States and Canada. ‘Out of Chaos’ will run at Beaux Arts London on Maddox Street from Thursday 19th April until Saturday 19th May 2018.