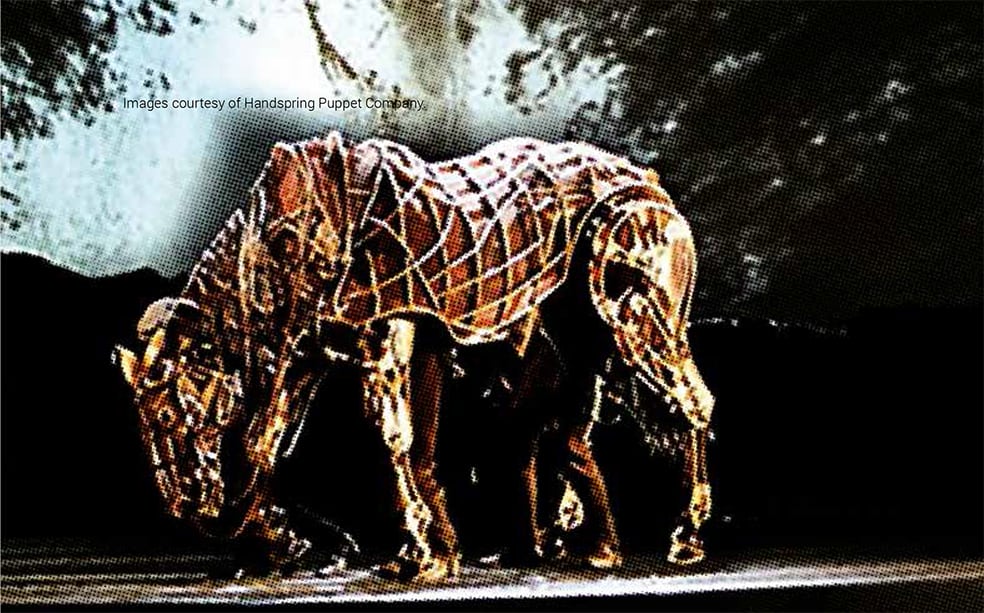 Now celebrating its seventh year on the London stage, Nick Stafford’s adaptation of Michael Morpurgo’s book continues to play to sell-out houses at the New London Theatre where today the production will celebrate its 2000th West End performance. The UK touring production is currently playing at the Edinburgh Festival Theatre. War Horse is also playing on tour in North America and in Berlin and next month, on 27 February, the production will broadcast live for the first time to cinemas worldwide as part of National Theatre Live.
War Horse, which has now been seen by over 2 million people in London and by over 4.6 million worldwide, is directed by Marianne Elliott and Tom Morris, designed by Rae Smith, with puppet direction, design and fabrication by Basil Jones and Adrian Kohler for Handspring Puppet Company, lighting by Paule Constable, and movement and horse choreography by Toby Sedgwick, with video design by Leo Warner and Mark Grimmer, songmaker John Tams, music by Adrian Sutton and sound by Christopher Shutt. War Horse received its world premiere at the National Theatre in October 2007.
At the outbreak of World War One, Joey, young Albert’s beloved horse, is sold to the cavalry and shipped to France. He’s soon caught up in enemy fire, and fate takes him on an extraordinary odyssey, serving on both sides before finding himself alone in no man’s land. But Albert cannot forget Joey and, still not old enough to enlist, he embarks on a treacherous mission to find him and bring him home.