Investec Cape Town Art Fair’19: This Is Not a White Cube

ART AFRICA spoke to Sonia Ribeiro, Director of This Is Not a White Cube

This Is Not a White Cube is an emergent African art gallery in Luanda, Angola. The gallery focuses on long-term artist career development of artists from the African continent and its diaspora. ART AFRICA spoke to the gallery’s director, Sonia Ribeiro. 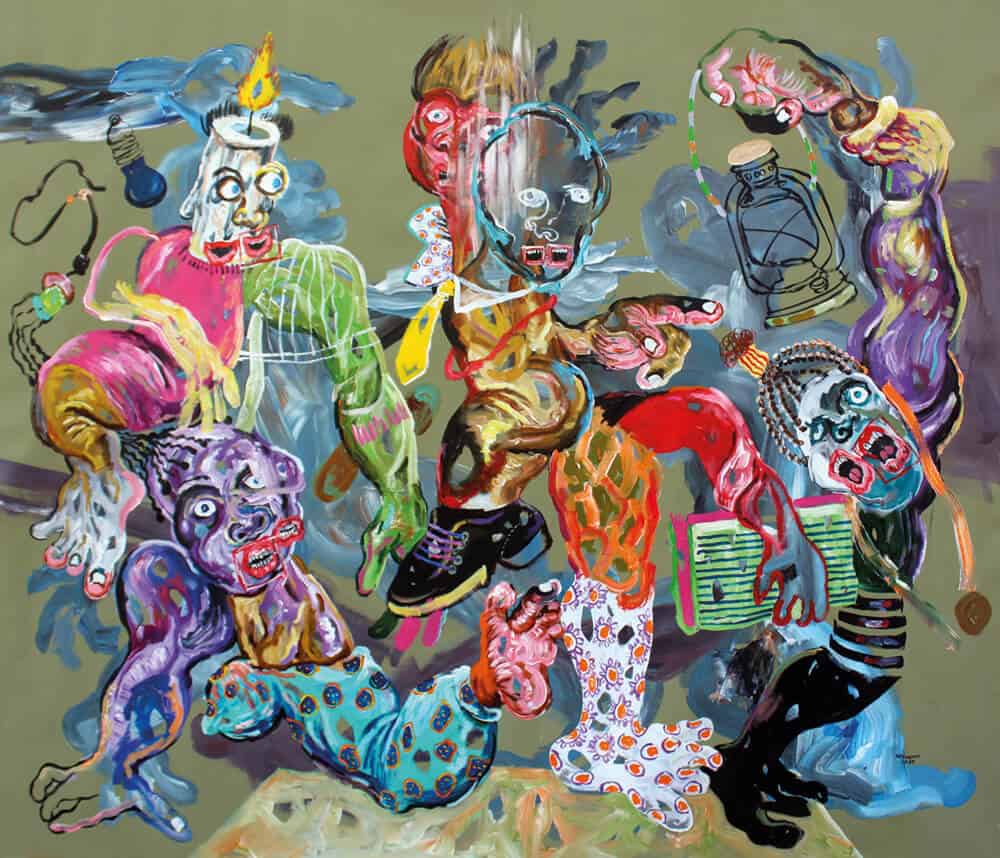 ART AFRICA: Is there a story behind the gallery being named This is Not A White Cube?

Sonia Ribeiro: I wanted a name with a kind of a statement where people would try to understand the meaning and question it. Many people seem intrigued by our name. The gallery intends to demystify the ideological concept of the white cube gallery — a phenomenon typical of European and Western US culture — as a convention of normative exposition, which serves an ideological function of controlling and reproducing hierarchies of values. The “white cube” is itself a quasi-neutralised identification of art. It is a label that made sense in the modernist era, but is questionable today by many. Among them, Charles Saatchi, in an article by The Telegraph (2003) referred to white spaces as “antiseptic”, “out-of-date” and “worryingly old-fashioned and clichéd”, preventing viewers from seeing art in its broader context.

What has been the defining vision for the gallery since its inception in 2016, and how has this vision been realised or influenced over time?

Having some experience within the art scene in Cameroon, and wanting to know more about the history of Angola, I decided to delve deeper, to understand the way things were structured and visited art studios.  Being one of the first people to have built a commercial contemporary art gallery in Angola in 2014 before This is Not a White Cube, I began to work with local artists, exhibiting and selling artworks, trying to work in a more structured way. I realised there is a small market here and that artists need to be promoted differently. Only a few artists know how to discuss their art, write an artist statement, create a portfolio, produce a structured proposal for a project and understand the critical relationship between artist-gallery. I left my previous project and tried to build something different, less focused on the commercial and placed emphasis on building closer relationships with fewer artists but applying longevity to their career development. Artists are now more aware of the advantages of working with structured methods; they see results and understand working as a team is both rewarding and immensely enjoyable.

Can you tell us how you build relationships with local artists, from Africa and its diaspora?

I have a vision for this project, I spent the last 6 years learning about artists’ expectations, concerns and needs. I followed their careers and their ups and downs. In this difficult context, artists have no support. The gallery has an amazing team working on communication, imagery and other tools such as our website, artsy and professional gallery management software. With time and experience of working with other structures in Angola, artists have become aware that our project is serious, it respects their vision and how they want to work and both now and in the future. Our relationships are mainly built on mutual trust. 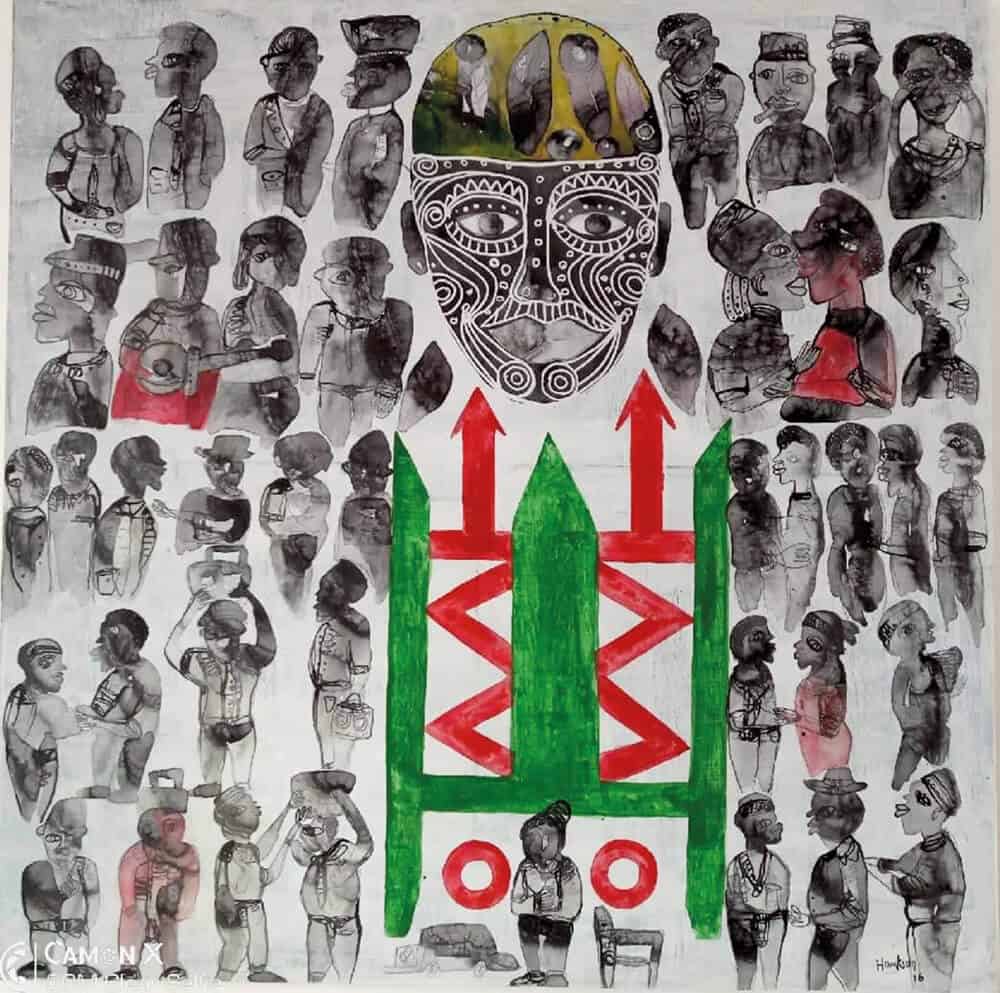 This is Not a White Cube has been described as a multidisciplinary space. How is this reflected in the everyday running of the space?

We’ve been working with Banco Económico as consultants and partners. They have a 600 m2 space in their headquarters in the centre of Luanda. I was consulted in defining its vision, mission, objectives and annual program. The gallery has been developing some projects within this space with the support of the Bank. We can support artistic production, develop exhibitions, talks, conferences and cinema cycles, creating partnerships with the community and put effort into the development of the educational programs. Our gallery doesn’t have a specific space of its’ own. Luanda is one of the most expensive cities in the world, the market is small and we don’t want to rely on sponsors to run such a space. I also prefer to invest in artists’ development.

You also welcome international artists that focus on African narratives. Have you found interconnecting themes between local artists and those from abroad?

Yes! African artists, even with contrasting histories, backgrounds or concerns between them, are working on questions about identity, tradition, contemporaneity, memory, archive, perception, racism, gender, space, etc. I’m interested in how we perceive ourselves as Africans in the 21st Century with all the itinerant complexities and lay redness of our contexts nationally, continentally and globally.

Gonçalo Mabunda, The Owner of the New Looks, 2018. Soldering on obsolete militar metal, 60 x 60 x 15cm. Courtesy of the artist & This Is Not a White Cube.

How does the gallery position itself in the growing African Contemporary Art Market?

There is a huge effort to promote local artists on international platforms to create more bridges with international artists. We have been working with more consolidated artists like Gonçalo Mabunda (Moz.), Pedro Pires (Ang.), Mónica de Miranda (from the diáspora) and to help develop the career of others such as Cristiano Mangovo, Nelo Teixeira and our most recent artist from Cameroun, Hako Hankson. We are also developing our annual program for 2019-2020 for our artists in Angola and abroad to be present at international art fairs. We are also part of the Emergent African Art Galleries Association which aims to get a collaborative network formed to support art galleries on the continent.