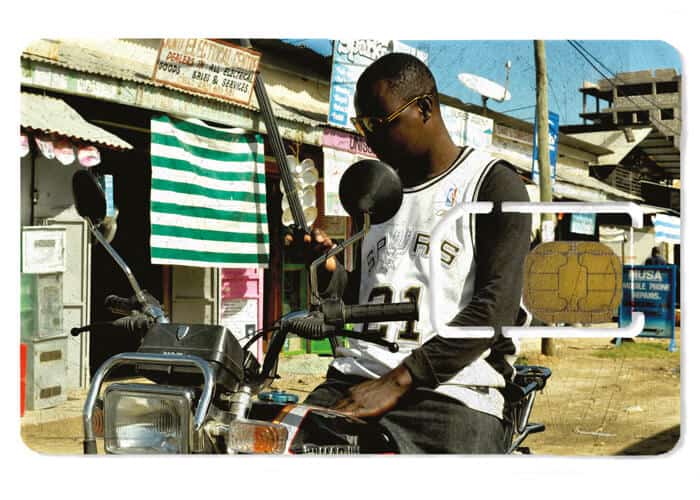 ART AFRICA: You were born in Kenya, and currently live in London. As an artist of the diaspora you’ve worked quite closely within this community, creating a zine called Diaspora Drama. In an interview with VICE you say that your main take-away from the zine is that as people of colour, you always find a way to navigate and cope, and that it’s really “not that deep.” Could you elaborate on this?
Isaac Kariuki: When I came up with the zine’s title I looked up ‘Diaspora’ on Tumblr and what came up was dozens of melancholic poetry with metaphors of trees and rivers. Feelings of dread, abandonment, dissociation and rootlessness are incredibly valid experiences for diasporic youth but we tend to forget the creative ways we reconstruct these emotions, which are often humorous and light-hearted. That’s what I try to do with my zine, to emphasise how young people of colour utilise internet culture as a way to form mutual understandings and create a pause from reality that doesn’t demand too much of you.
You’ve expressed an interest in internet culture as an ‘act’ or ‘performance’ that operates in order to navigate inside a certain social class and setting. In your video essay, Not a Woman, Not Yet a Man: Pop Music & Masculinity you speak about the convergence of rigid masculinity and the constantly evolving/adapting pop genre, as well as the various spin-offs found on sites such as Youtube. Could you tell us more about this in relation to your own practice? How do you navigate your own sense of gender fluidity?
The video came out of a frustration with two things; the first being my irritation with how masculinity was and continues to be discussed. I feel like there’s a comfortable trend when we discuss toxic masculinity and it’s usually very limiting. We look at those imposing toxic masculinity, we condemn it, and then we move on. We (meaning men) try to observe it as if we’re distant from it, like we’re not these kind of men that perform hyper-masculinity because we’re ‘woke’ and understand what misogyny is and I think that’s very damaging and smug. 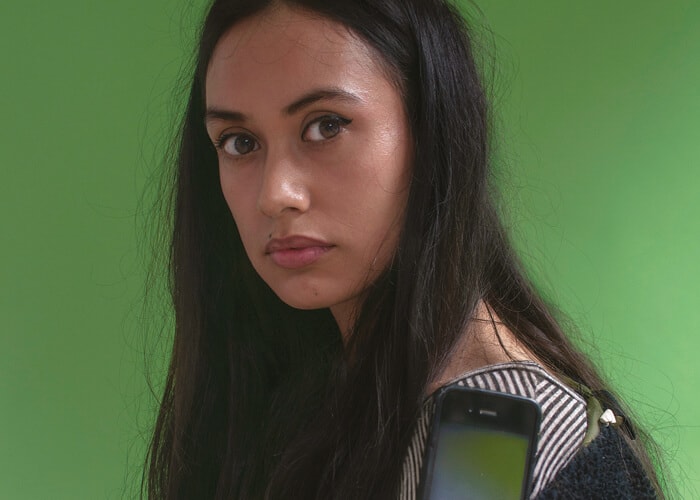 Isaac Kariuki, detail from the series ‘Weaponize The Internet’ for OOMK. Photography. Image courtesy of the artist.

If we look at toxic masculinity as a series of concentric circles, where the outer circle is ‘men who have felt emasculated at one point in their life’ that would pretty much be every man. If we go to the next inner circle of ‘men who have felt alienation’ then further and further where we’re talking about men who have experienced psychotic rage or men who have verbally or physically harassed their significant other, obviously this circle is much tighter and less common. But at one point all men were in the same circle, so the less we see them as completely distant from us, the more we can understand these harmful behaviours and the easier we can prevent it from developing in young boys.
My video essay developed from my own tastes. I love pop music and music journalism but have always been irritated by how pop music doesn’t receive as much inspection as genres like hip hop and indie rock. That has a lot to do with how society feminised pop music and in turn treated it with condescension. But masculinity encroaches just about every aspect of society – with art and with pop music it’s nothing to ignore.
Please tell us about the ‘SIM CARD’ Project? Where did the idea for this come about and how does it relate to this year’s theme for the Kampala Biennale, ‘Seven Hills’?
Growing up in Kenya I witnessed the cell phone boom first hand. I watched network providers carve their own space in the economy as a lot of them came and went. It’s pretty liberating owning a phone that connects you to so much information but when it’s burdened by companies constantly fluctuating their rates and dictating the extent of your contact with others, then it becomes a bit scary. I wanted to play with the aesthetics of companies like Safaricom and Kencell (one of the first two providers) who had almost uncanny valley-like qualities to their visual campaigns. There was this gigantic Safaricom poster next to where my father worked that was of a woman smiling while holding her phone, it was a little eerie. I felt a bit mocked by it actually. What if I just imposed pictures I took in a small town in Mombasa over the SIM cards – would it be more humane or further the condescending nature of marketing? I’m still trying to figure that out.
I’m extending the project in Kampala with an interactive installation. It’s a webcam for visitors to take selfies in very distinct and instructed poses. Essentially they will be creating their own image for a SIM card template. Riding the power a cellular network has by creating your own parody or imitation can unburden the consumer’s daily anxiety. My projects always end up being about autonomy, one way or another. Those are thoughts and emotions that spread all over the African continent post-colonialism and in the midst of the technological age. 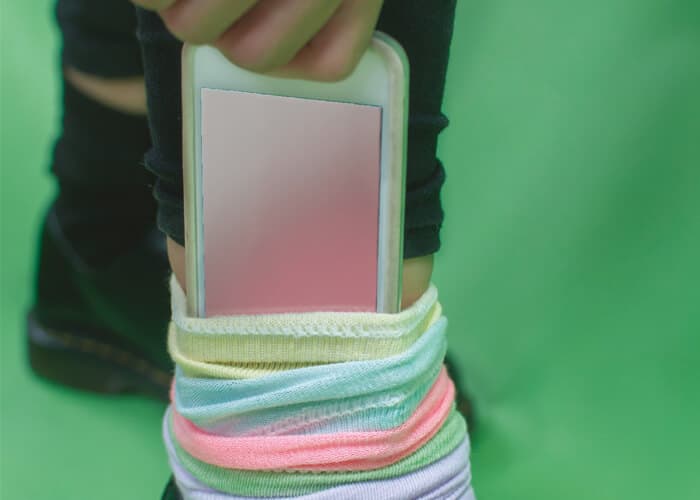 Isaac Kariuki, detail from the series ‘Weaponize The Internet’ for OOMK. Photography. Image courtesy of the artist.

What role do you believe advancements in technology could have for marginalised communities and to what extent do you think monopolies such as Safaricom inhibit the potential of these personal freedoms?
The internet made me feel less lonely and frightened by inhabiting this body and all that comes with it. It’s done the same for many others and I think that’s the best feeling, knowing you’re not going through it alone. When I’m back in Kenya I’m barely using my phone outside because of how expensive using mobile data is. Companies like Safaricom are aware of this.
The purpose of Safaricom was for westerners on Safari to quickly check their emails. The function wasn’t long-term and I think it’s still pervasive in some sense, even in 2016 when access to the internet is more a necessity than a privilege.
This interview was first published in the September 2016 edition of ART AFRICA magazine, entitled ‘BEYOND FAIR’.