Artists from all over the world have been invited to participate in Istanbul Modern’s “International Artist Residency Program”, launched in 2019 with the support of the Istanbul Development Agency (ISTKA). The program is the first of its kind to be organized by a museum in Turkey and will bring contemporary artists, architects, and designers from around the world to Istanbul to collaborate with local artisans.

Istanbul Modern has announced the names of the artists who will participate in its first international Artist Residency Program, a project supported by the Innovative and Creative Istanbul Financial Support Program of the Istanbul Development Agency (ISTKA) that will contribute greatly to the promotion of Turkey abroad. 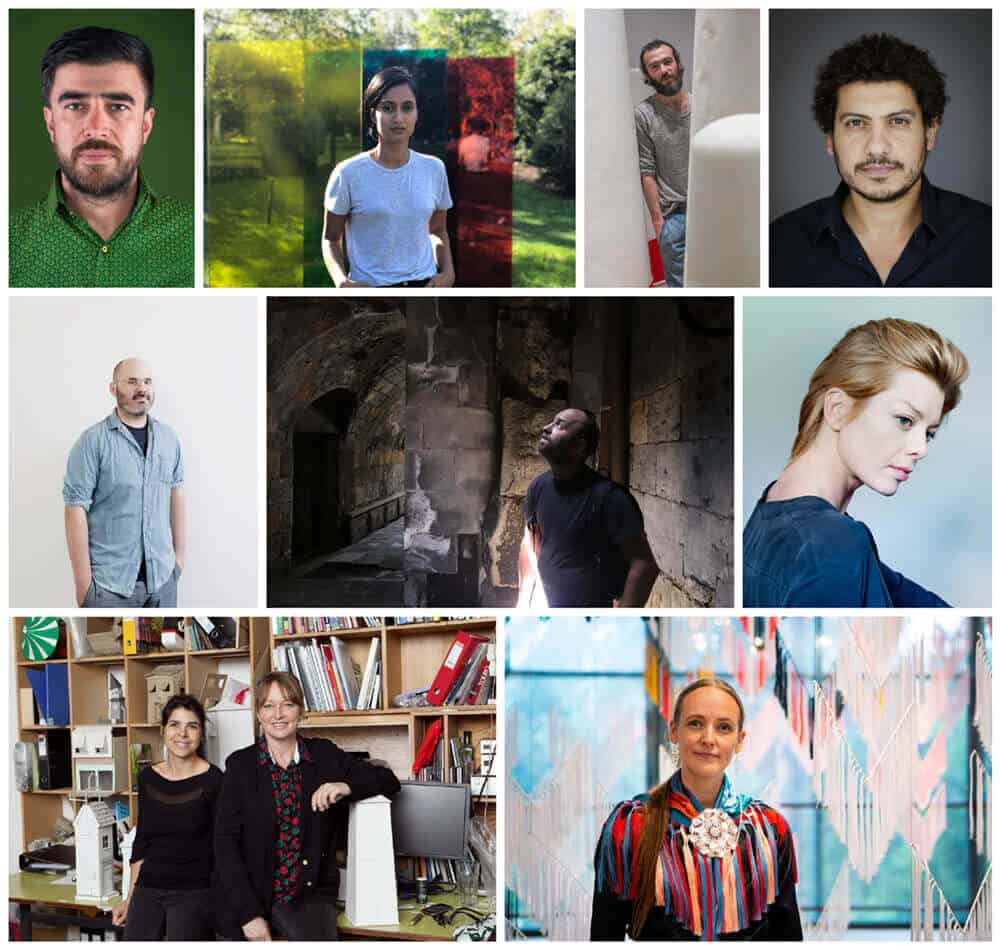 The participating artists are:

The selected artists focus on the themes of craft and tradition in their production processes or work with different materials and techniques. They have also participated in international biennials and exhibitions and their works are featured in the collections of leading museums and art institutions worldwide. Aside from creating opportunities for creative collaboration, the program aims to enhance the visibility of Istanbul’s innovative and creative potential.

Works to be exhibited in 2020 at Istanbul Modern

Participating artists will spend a total of six weeks in Istanbul. During their stay, they will meet different artisans at their workshops in Istanbul and choose one to work with. The works that they produce during the program will be exhibited at Istanbul Modern in 2020 and a catalogue accompanying the exhibition will provide a record of the project. During the program, the museum will also hold workshops with the artists, as well as organize public programs and educational workshops in conjunction with the exhibition.

Artists to participate in the International Artist Residency Program: 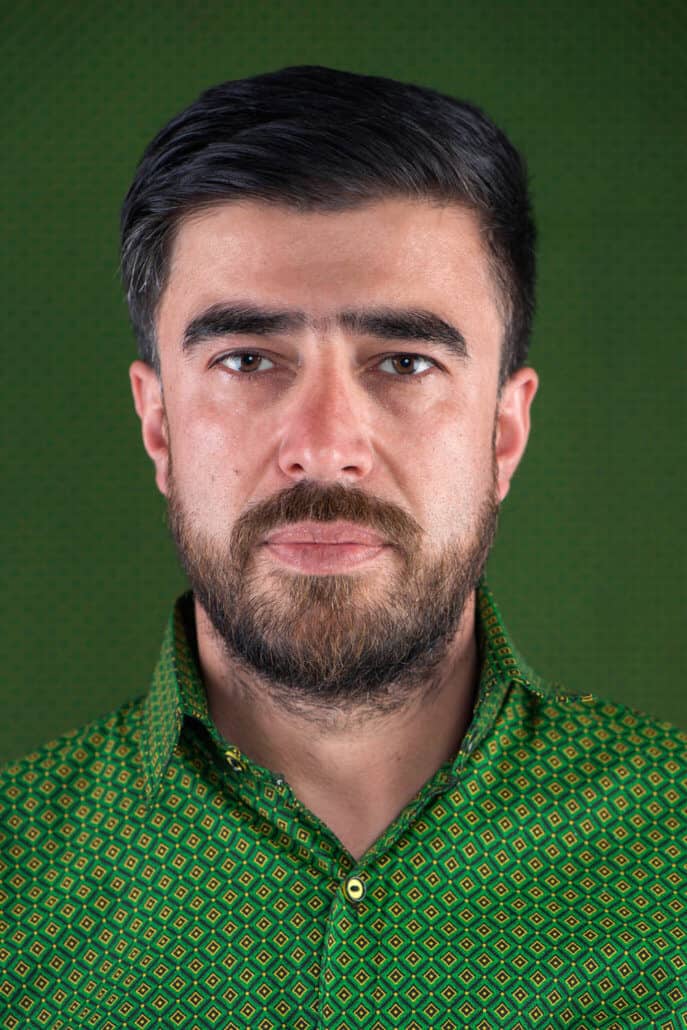 Born in 1971, Servet Koçyiğit studied visual arts at the Gerrit Rietveld Academie in Amsterdam. At various times in his career, Koçyiğit lived and worked in different parts of the world, including Germany, France, Israel, and South Africa. The artist currently lives and works between Amsterdam and Istanbul. Koçyiğit has exhibited his work in art institutions in many different countries around the world including Belgium, Israel, France, Germany, Norway, China, the Netherlands, and Poland. He has also participated in a number of biennials including the 9th Istanbul Biennial (2005); De Kleine Biennale in Utrecht, the Netherlands (2006), and the 27th Sao Paulo Biennial, Brazil (2006). The artist was also awarded the Shpilman International Prize for Excellence in Photography in 2016, and the Photographer of the Year Award at the Lianzhou International Photography Festival in 2012. 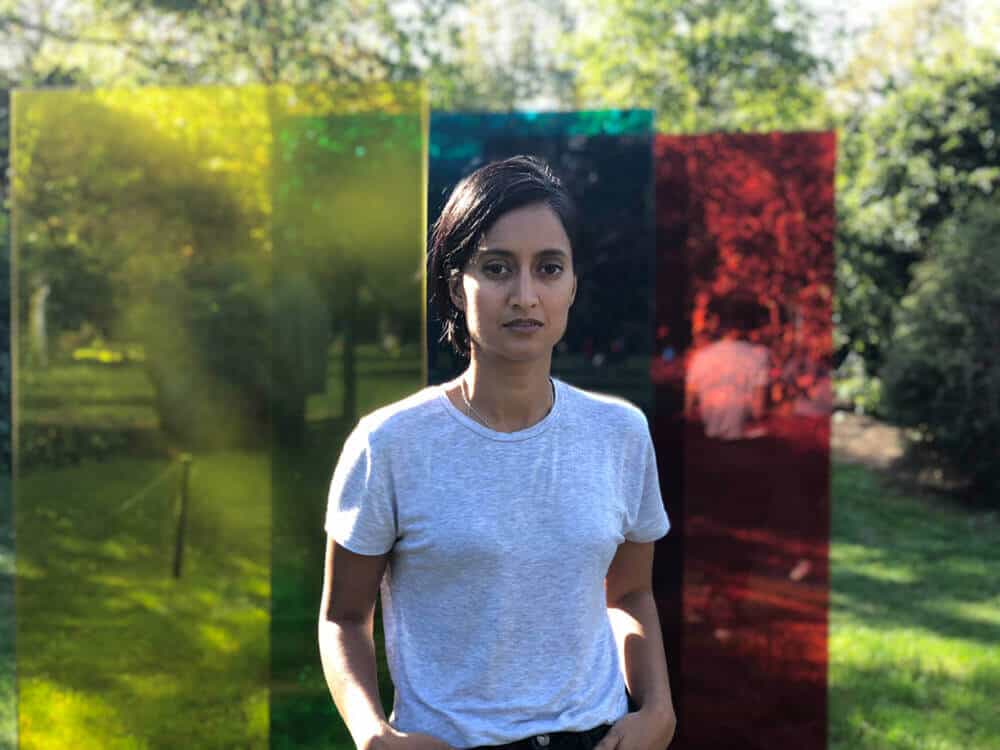 Rana Begum was born in 1977 in Bangladesh, from where she moved to the UK with her family. She received a BA in painting from the Chelsea College of Art and Design, followed by an MFA in the same field from the Slade School of Fine Art. The artist currently lives and works in London. Using various modes of expression such as painting and sculpture, the artist draws inspiration from urban architecture and Islamic arts. Winner of the Abraaj Prize at Art Dubai 2017, the artist has held solo exhibitions and participated in many group exhibitions in diverse countries, including the UK, USA, France, Sweden, and China. Institutions whose exhibitions have featured works by the artist include Tate St Ives, (2018), Gemeentemuseum Den Haag, the Netherlands (2017); Parasol Unit, UK (2016); and the MAK-Museum of Applied Arts, Austria (2015). 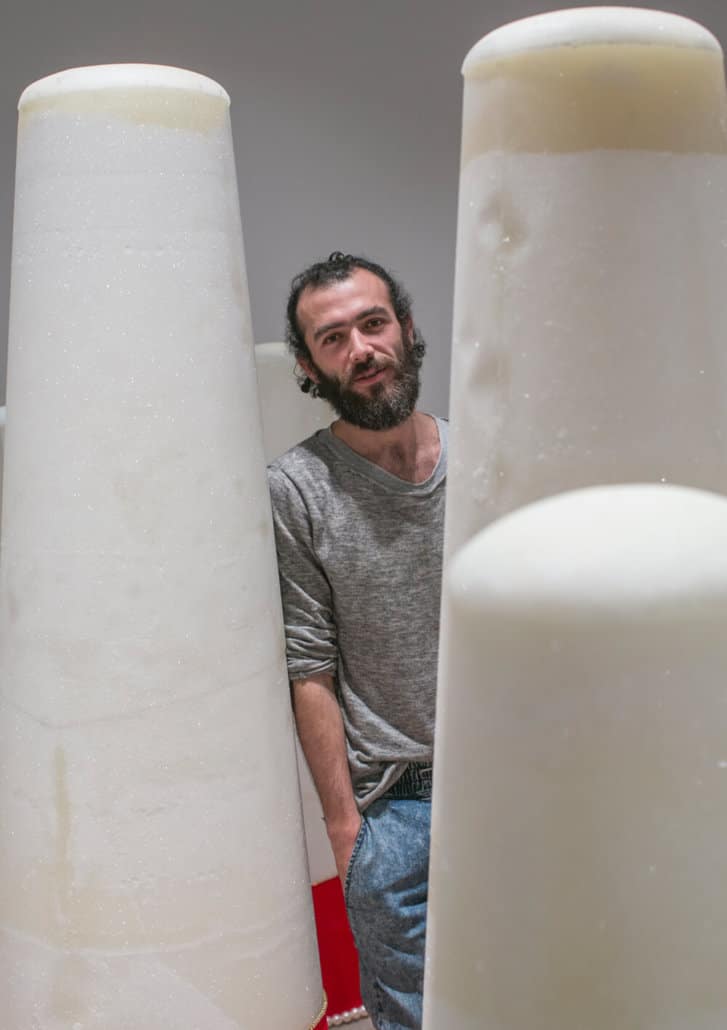 Faig Ahmed lives and works in Azerbaijan, where he was born in 1982. He graduated from the sculpture department of the Azerbaijan State Academy of Fine Arts in 2004. In his works, Ahmed concentrates on carpet weaving techniques, integrating contemporary approaches to art with the practices of craft production. He represented Azerbaijan at the 52nd International Art Exhibition at the Venice Biennale in 2007. Ahmed has participated in solo and group exhibitions in many countries, including the USA, Italy, Germany, and the UK. Among the institutions that have exhibited his works are the Textile Museum of Sweden, Borås (2017), MACRO Testaccio, Italy (2016), and the Museum of Fine Arts in Boston, USA (2015). His works also feature in the collections of the Los Angeles County Museum of Art, USA; the Seattle Art Museum, USA; the Palm Springs Museum of Art, USA and the National Gallery of Victoria, Melbourne, Australia. 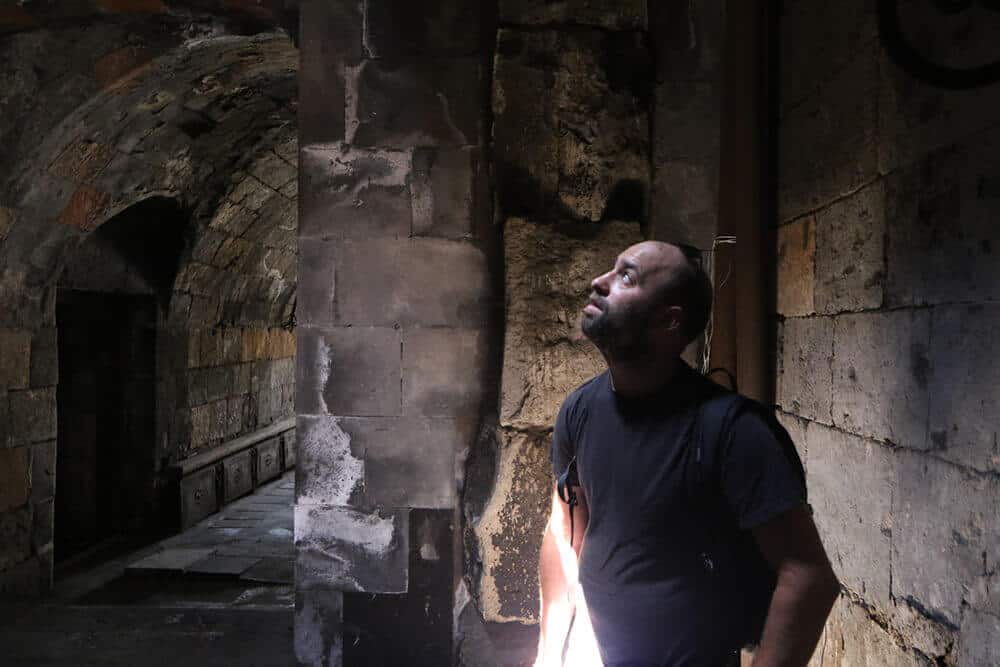 Born in 1983, Benji Boyadgian lives and works in his hometown of Jerusalem. He began his studies in architecture in Paris at ENSAPLV (L’Ecole Nationale Supérieure d’Architecture de Paris, La Villette), following which he wrote a master’s thesis on the city of Bethlehem in Palestine. In his drawings, Boyadgian often uses watercolor techniques. Elements in his works, such as the use of depth, perspective, shadow, and line, reflect his architectural background. The artist has participated in various exhibitions and events in Austria, the United Arab Emirates, Brazil, Armenia, Palestine, France, Israel, Sweden, Switzerland, Cyprus, and Greece. Institutions and organizations where Boyadgian has exhibited in recent years include Al Ma’mal Foundation for Contemporary Art, Jerusalem, Israel (2018), Sharjah Biennial 13, UAE (2017), and the Triennial of Contemporary Art in Armenia, Gyumri (2017). Boyadgian was a studio grant holder at IASPIS (the Swedish Arts Grants Committee) in 2015. 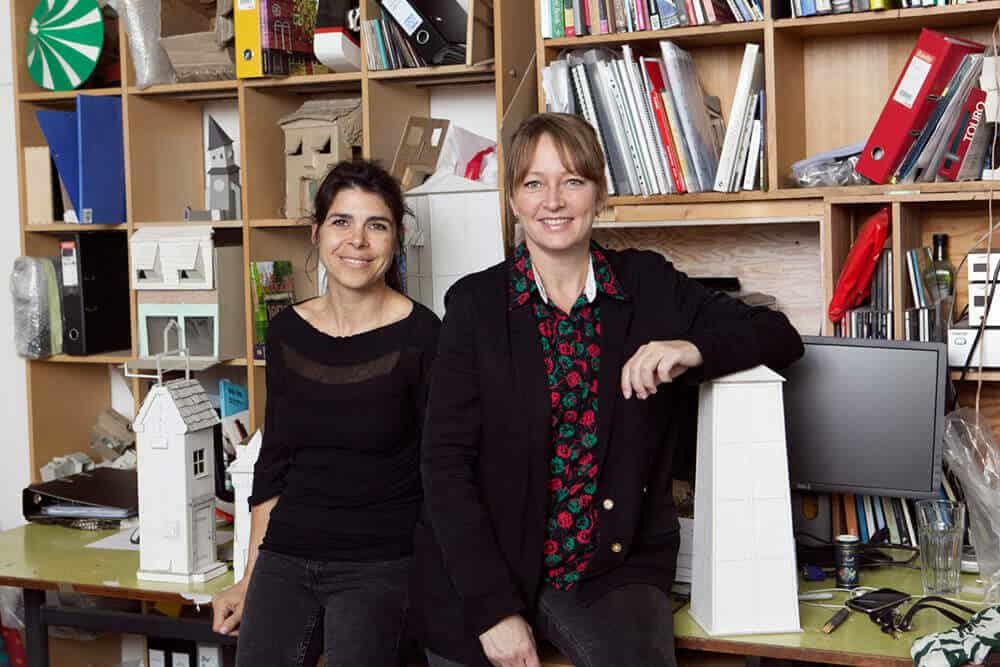 The artist duo Randi and Katrine, consisting of Randi Jørgensen (1974) and Katrine Malinovsky (1976), have been working collaboratively since 2004. After earning their MFAs from the Royal Danish Academy of Fine Arts in 2005, they established their studio in Copenhagen. Randi and Katrine took part in the 19th Biennale of Sydney in 2014 and have participated in solo and group exhibitions in Denmark, the USA, South Korea, and Germany, among other countries. The duo, whose works feature in various collections, continue to make interventions in public spaces in different cities around the world through commissioned installations, both temporary and permanent. 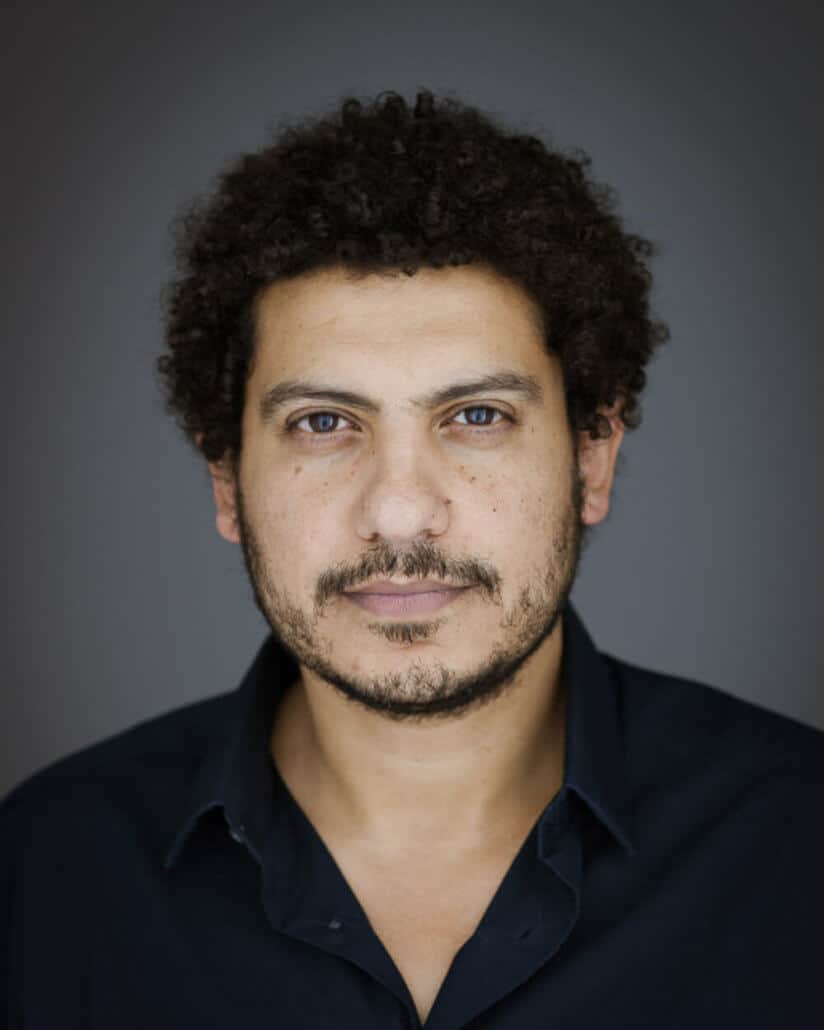 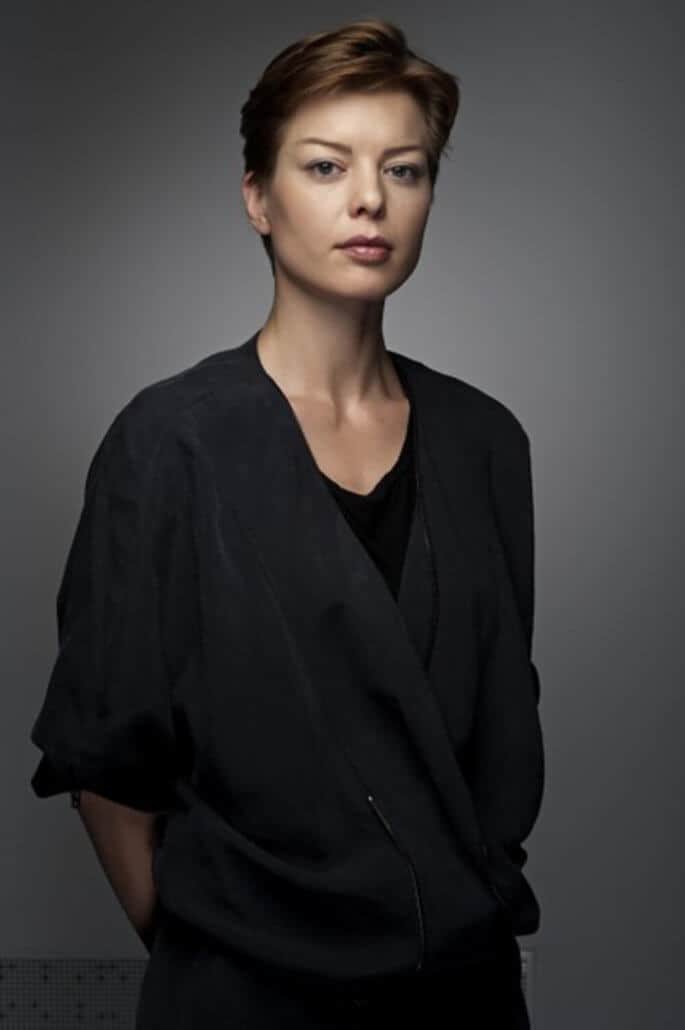 Born in 1977 in Frankfurt am Main, Germany, Jorinde Voigt lives and works in Berlin. In 2001, she was an Erasmus student at the Royal College of Art, London, after which she completed her master’s studies in 2004 at the Berlin University of the Arts – UdK Berlin. Since 2014, she has been working as a professor at the Academy of Fine Arts in Munich. Voigt has held solo exhibitions and participated in group exhibitions hosted by art institutions in Germany, Austria, Italy, France, and the USA. Recently, her works have been exhibited in the National Gallery in Prague,Czechia (2019); Villa Schöningen, Potsdam, Germany (2018), the Kunsthalle Nurnberg, Germany (2017), and the Hamburger Bahnhof – Museum for Contemporary Art, Germany (2016). Her works feature in the collections of such prominent art institutions like the Centre Pompidou, France; MoMA, USA and the Art Institute of Chicago, USA. 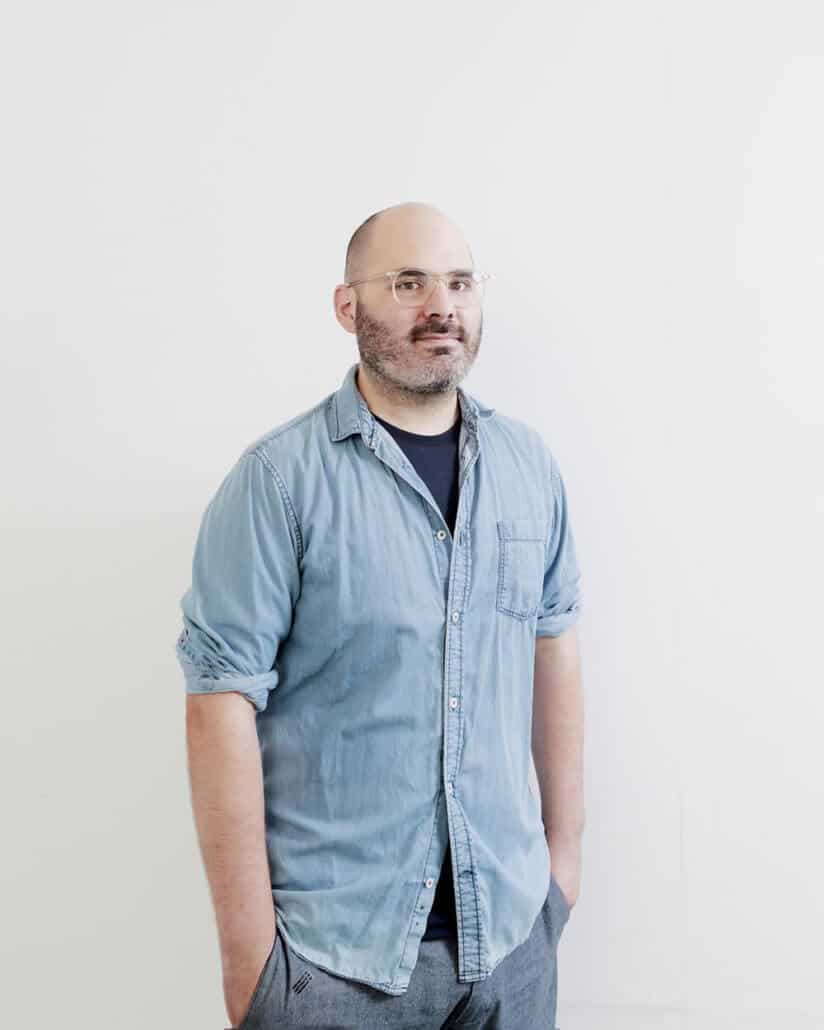 Rodrigo Hernández was born in 1983 in Mexico City, Mexico. He began his studies in the same city at La Esmeralda and continued at the Karlsruhe Art Academy in Germany, followed by the Jan Van Eyck Akademie in Maastricht, the Netherlands. In his artistic production, the artist shapes his works by simplifying content and process. While analyzing the world surrounding individuals, he explores both fields like art history and topics like visual culture. Not only has Hernández been awarded a residency at the Cité International des Arts, Paris, France (2016) and the DAAD-Preis zur Jahresausstellung, AdbK Karlsruhe, Germany (2012), he has also been shortlisted for the 2019 Future Generation Art Prize awarded to artists aged 35 or younger. To date, the artist has exhibited his works and participated in countries as diverse as Brazil, Switzerland, Germany, Italy, Portugal, Latvia, Mexico, the Netherlands, Belgium, the United Arab Emirates, Israel, Spain, Austria, the USA, UK, France, and Sweden. 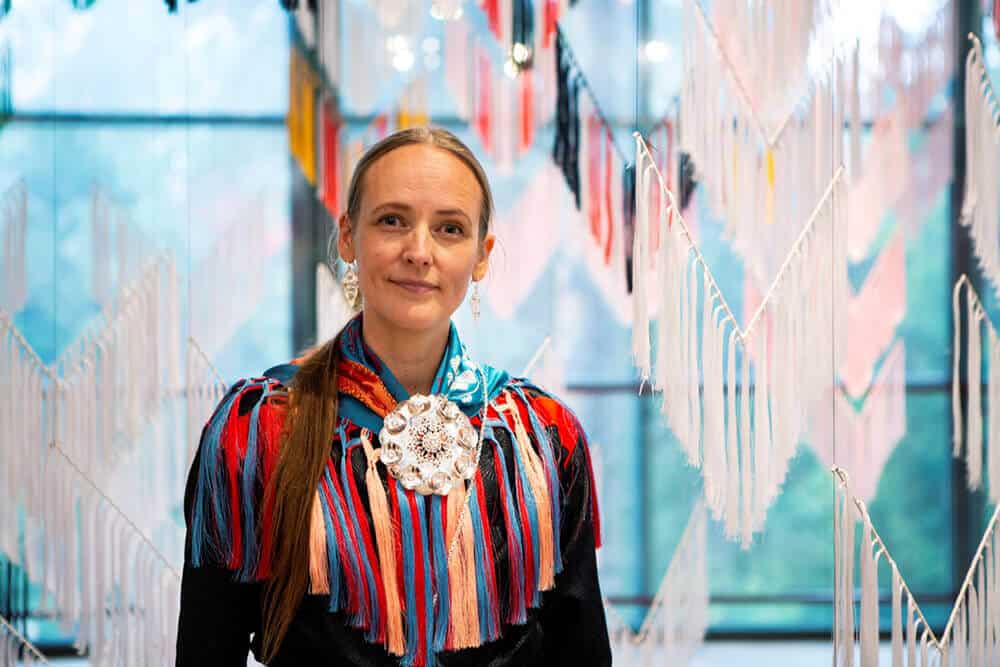 Born in 1973 in Helsinki, Outi Pieski lives and works in Utsjoki and Numminen, Finland. The artist began her studies at North Carelia Polytechnic, Department of Visual Arts, and continued with graduate studies between 1994-2000 at the Academy of Fine Arts, Department of Painting, in Helsinki. In her works, Pieski reflects both the relationship between her visual world and the Sami people, of which she is a part, and her interaction with nature as an artist. Pieski has participated in group exhibitions and held numerous solo exhibitions in a variety of countries, including Italy, Norway, Sweden, the UK and USA as well as at institutions like the Oulu Art Museum, Finland (2019), the Nordic Museum in Seattle, USA (2018), and the Southbank Centre, London, UK (2017). Pieski’s works feature in many public and private collections. In 2019, she is exhibiting her work as part of the “Miracle Workers Collective” in the Finnish Pavilion at the 58th Venice Biennale.