Jelili Atiku: A win for freedom of expression

On the 18th of January, Nigerian artist Jelili Atiku gave a performance dealing with domestic terrorism and abuses by the rich and powerful. Four days later he was arrested by armed officers; denied information and a phone-call and held until the following morning when he’d be charged in court. Five months later, the artist, as well as poet Adeola Goloba and five others regained their freedom as the Ejigbo Magistrate Court struck out all criminal charges instituted against them by the Nigerian Police. 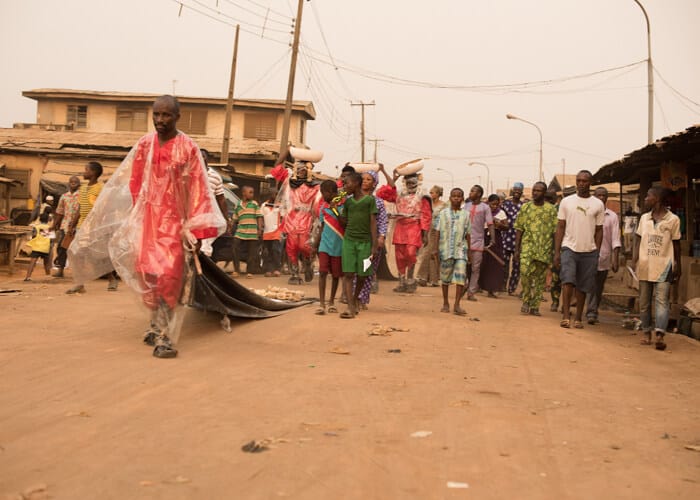 Jelili Atiku, images of the performance, Aragamago Will This Land Off Terrorism, 2016. Atiku’s performance which was enacted on January 14 2016 at Ejigbo in Lagos and which led to my and five others. All images courtesy of the artist.

This turn of events is due in part to the dedicated and hard-working team at Arterial Network, an organisation that was founded in 2007 (Senegal) in an attempt to realise – in practice – the commitments made by the African Cultural Charter, UNESCO’s Convention on the Protection and Promotion of the Diversity of Cultural Expression, the AU’s plan of Action on Cultural Industries and the Belgrade Recommendation of the Status of the Artist. These commitments, which include the right to freedom of expression, have too-often fell short due to lack of information, funding, leadership, poor government policies and institutional frameworks, and the marginalisation of artists and the arts. 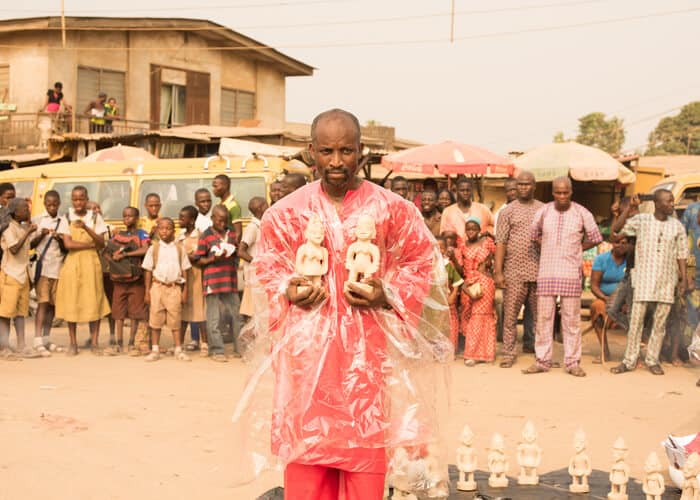 Arterial Network’s primary aim is to make sure that the rights of artists are being upheld through a collective interest that harnesses the backing power of African counterparts and international networks and partners. Atiku’s case was particularly well followed, with organisations as far reaching as Frontline Defenders, the EU, the International Artists Forum, the American Bar Association Human Right Centre, Freemuse, The Embassy of the Kingdom of the Netherlands, Prince Claus Fund, and various media outlets all playing their part. This is of course, not always the case. Following Atiku’s arrest the artist was subject to multiple accounts of intimidation, with threats being issued against the person and his family. Atiku had written letters to the National Assembly and House of Representatives, to no avail. 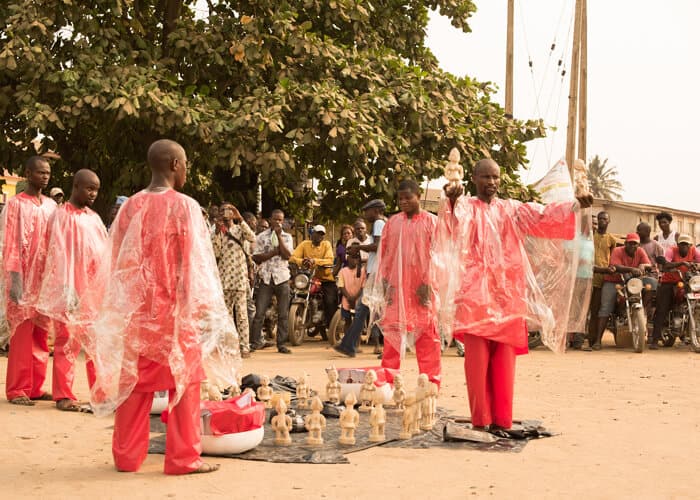 This added intimidation is understood to be a reaction against the media-attention the case has garnered. Fortunately CORA/Arterial Network Nigeria and the Society of Nigerian Artists (SNA) responded to Atiku’s prosecution by circulating a petition and stepping in on behalf of the artist to reach out to all these other organisations. Atiku is fortunate to have an established international support system, something that many artists on the continent still lack. On the 15th of December 2015, Nenghi IIlagha, a writer based in the south of Nigeria was arrested and sentenced after an accusation by another powerful traditional ruler who believed his interests were being jeopardised. Late in January 2016, an artist’s village in Lagos was levelled. In the babel that followed it emerged that the land had caught the eyes of international businessmen. From these events it can be gathered that in the current social climate, criticality is discouraged. The appearance is of a social context where money and power are inextricably linked and subsequently cultural capital is at the mercy of economic capital. While these events can be seen as a harbinger of doom, they serve the creative community better when seen as a call for cohesion. 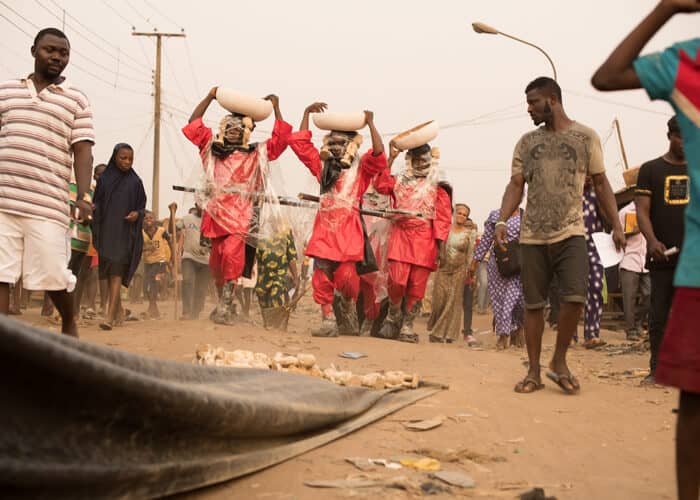 “After about 4 hours of deliberation at the court chamber in an attempt to explore amicable resolution initiated by the court, Magistrate J.O. Adeyemi reconvened the court session with the announcement that the two parties had reached an amicable resolution by adopting the African community dispute resolution method.” wrote Ayodele Ganiu, National Coordinator for CORA/Arterial Network Nigeria. According to this press release, “the Magistrate then made the following pronouncements:

1. That the ”Kabiyesi” Oba Morufu Adekunle Ojoola (the traditional ruler of the community and complainant) is the royal father of all indigenes of the Ejigbo community.

2. That the defendants (performance artist Jelili Atiku, Adeola Goloba and five others) as indigenes of the community, are children of His Royal Majesty and should be accorded the dignity and honour they deserve.

4. That the defendants shall work hand in hand with His Royal Majesty to pursue peace in the community.

5. That His Royal Majesty Oba Morufu Adekunle Ojoola will promote arts and culture in the Ejigbo community.”

Atiku’s release and the knowledge that there are systems out there to deal with these issues is comforting, and no doubt a step in the right direction. According to a press release by Ayodele Ganiu, National Coordinator for the Arterial Network Nigeria, Atiku’s release, “is a victory for artistic freedom; not only in Ejigbo or Lagos State, but the whole of Nigeria. It shows immense progress for freedom of expression in the country.”