Johannesburg and Lagos are ‘Art Cities of the Future’

in News Articles 2013
Share on facebook
Share on twitter
Share on email
Share on whatsapp
What makes a city a hub for art? Curators, collectors, and dealers have tried for years to predict the cultural capitals of the future — cities that could challenge the dominance of centers like New York, London and Berlin. ARTsouthAFRICA‘s new vision has focused on expanding our coverage, into Africa and internationally, looking at established and up-and-coming artists/writers/curators from across the continent. In our 13th year of publication, we have procured an extensive library of books, and we are always looking for fresh reference material, especially when it gives Africa the recognition it deserves! Art Cities of the Future: 21st Century Avant-Gardes, published by Phaidon Press, cites the African cities of Johannesburg and Lagos among the 12 global cities to watch for exciting contemporary art. 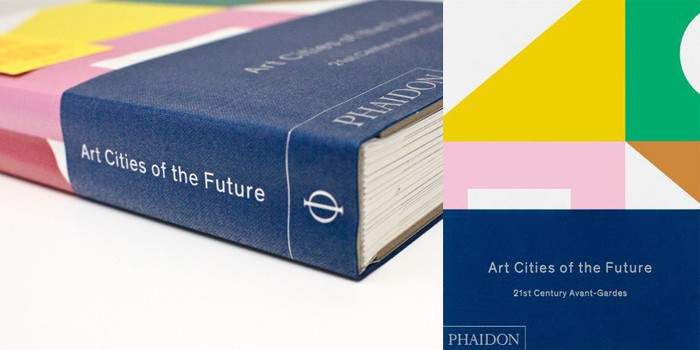 The editors of Art Cities of the Future: 21st-Century Avant-Gardes, published in Britain and the United States, say that the notion of what defines an art capital needs to broaden, as artists lay down roots far beyond the traditional power bases.

An explosion in art fairs, cross-continent museum partnerships and biennials in the late 20th century, along with a migration of art world professionals across both physical and digital terrains, have helped to bring down traditional borders around regional art scenes.

In the book, curators, critics, doctoral students and gallery directors from each of the 12 prospective hubs make a case for their city’s inclusion across 12 discrete sections, outlining the artistic and political history of each metropolis in the past 60 years.

Each expert has picked eight artists or artist collectives to represent the avant-garde of a particular city. As the preface explains, “these artists are senior figures, some only known to a few outsiders, or newer faces commencing their careers.”

Lagos, New Delhi, Istanbul, Johannesburg, San Juan, Puerto Rico, São Paulo, Seoul, Singapore and Vancouver round out the list. The editors cite a commitment to experimental art and an allegiance to their local milieu. Artists in these cities are supported by a vibrant cultural infrastructure, but it takes different forms; some are underpinned by a vast array of organizations — from non-profits to state-backed institutions, private foundations and artist-led initiatives — as well as by individuals, including influential dealers and curators.

Art Cities of the Future: 21st Century Avant-Gardes is part of a robust line-up for Phaidon, indicating that, for now, it is business as usual for the 90-year-old publishing house under its new proprietor Leon Black, who bought the company last October. This latest publication follows in the tradition of previous Phaidon surveys of contemporary art, including Cream (1998) and Creamier (2010).

Some art world experts are skeptical about the book’s premise. The selected cities are “places which host bienniales and where numerous artists have settled, but not centers for museums or the art market,” said Jens Hoffmann, the deputy director of the Jewish Museum in New York, and co-curator of the 2011 Istanbul Biennial.

“Another analysis could easily place Glasgow, Shanghai, Stockholm or Warsaw on the list,” Mr. Hoffmann continued. “Places like São Paulo, Vancouver, Istanbul or Singapore are what I would call the relative periphery; they are not really on the margins. In the end, these destinations will not replace Paris, London or Berlin but add to the mix.”

The publication does offer compelling insights about each city. In the section on Bogotá, for example, José Roca, who curated the first Poly/Graphic triennial in San Juan in 2004, draws an analogy between the 1960s Tarzan the Terrible comic strips, in which jungle explorers discover a lost civilization, and the city’s art environment. “With no outside intervention, the local scene emerged without the pressures of the market,” Mr. Roca wrote, adding that few international art curators had visited Bogotá until the past decade.

The section on Beirut, meanwhile, highlights a little-known gem: the non-profit Arab Image Foundation, which has amassed more than 500,000 photographs, according to the critic Kaelen Wilson-Goldie. Preserving the photographic heritage of the Middle East, North Africa and the Arab diaspora has been at the core of the foundation since its inception in 1997.

There are also hubs within the dozen art hubs, such as the Paintbrush Factory, which opened in 2009 in Cluj. This 2,000-square-meter, or 21,500-square-foot, complex of studios, workshops and galleries provides a home for artists. Meanwhile, Kiki Mazzucchelli, who curated the exhibition “Mythologies/Mitologias” at the Museum of Modern Art São Paulo in 2013, highlights how a group of energetic private galleries in São Paulo such as Galeria Luisa Strina and Fortes Vilaça have developed a tradition of presenting experimental art exhibitions.

In some of the chosen cities, there appear to be as many challenges as innovations. In his evaluation of Singapore, Eugene Tan, the director of the city-state’s National Art Gallery, underscores the importance of Singapore’s three art schools, but he also observes how the National Arts Council’s restrictions on performance art from 1993-2003 still “haunts the local scene.”

Duygu Demir, the Istanbul-based specialist, examines stumbling blocks in that city. She writes that even though government arts funding totaled $850 million in 2011, only a small proportion went to contemporary art institutions.

“It is likely that Turkey’s uniquely hybrid nonprofits, supported by industrial families and their corporations, will expand and gain more influence,” writes Ms. Demir, a programmer at Istanbul’s non-profit Salt gallery, which is funded by one such company, Garanti Bank. Meanwhile, the 13th Istanbul biennial, which focuses on themes such as freedom of expression, opened earlier this month against a backdrop of anti-government protests.

The artist lineup for Istanbul includes Gulsun Karamustafa, an established, politically charged artist known for her fabric collages including Motorcycle, 1986; and Halil Altindere, whose ‘Presidents’ (2010-11) series of photo-realist paintings are a caustic commentary on Turkish prime ministers. Mr. Altindere is editor-in-chief of the art-ist magazine, which was founded in the early 2000s.

In Johannesburg, Tracy Murinik, a local independent curator, underlines the critical forums for works produced by indigenous artists, from the online magazine Artthrob to the Art South Africa quarterly journal.

Mark Read, the director of the century-old modern and contemporary art gallery Everard Read in Johannesburg, said that “on the world’s second largest continent, there will be two art centers: Johannesburg and Lagos.”

But state-run museums in South Africa are struggling as their ability to purchase key works by homegrown artists is limited, he said. “There’s plenty for artists to react to here; we’re all standing on quicksand as the status quo of our country changes daily.”

For now, New York and London can probably breathe easy, but the editors at Phaidon have helped flame the debate about where the art world spotlight might shift in years to come.

The original article, by Gareth Harris, was published on the New York Times website on 23 September 2013