‘Jumping the Ditch:’ A review of Henri Matisse’s ‘Rhythm and Meaning’ at the Standard Bank Gallery

French modern master Henri Matisse’s (1869-1954) exhibition ‘Rhythm and Meaning’ opened its doors to the public on the 13th July 2016 at the Standard Bank Gallery in Johannesburg. Co-curated by Patrice Deparpe and Professor Federico Freschi, and held in collaboration with the Embassy of France in South Africa, the French Institute and the Musée Matisse in Le Cateau Cambrésis (France), the exhibition comprises of drawings, paintings, collages and prints, and is the first wide-ranging exhibition of Matisse’s work to be held in South Africa. 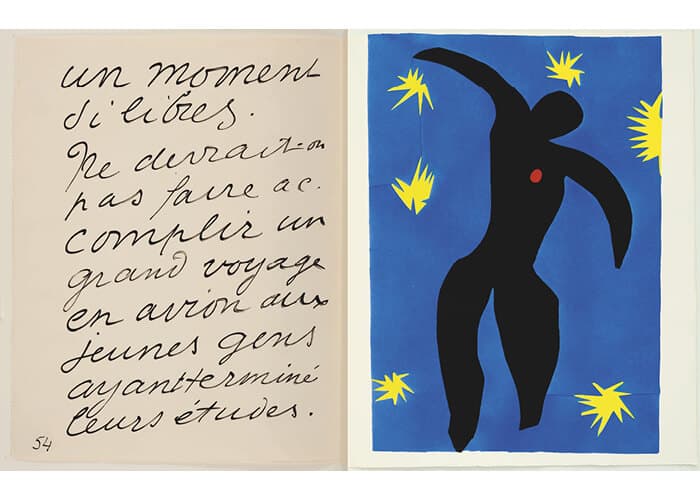 ‘Rhythm and Meaning’ covers many of the dominant themes in the artist’s work, yet it is the body of work at the core of the exhibition, Jazz, that provides the exhibition its underlying pulse. First published in 1947, the artist’s book Jazz marks a distinctive point in the artist’s career – a break from the traditional values of Impressionism which required the artist to step out of the familiar, drawing from alternate cultures and visual languages in order to find an appropriate mode of expression:

“Once my eye was unclogged, cleansed by the Japanese crépons, I was capable of really absorbing the colours because of their emotive power,” wrote Matisse. “That helped me to get away from intimate painting… You surrender yourself that much better when you see your efforts confirmed by such an ancient tradition. It helps you jump the ditch.” 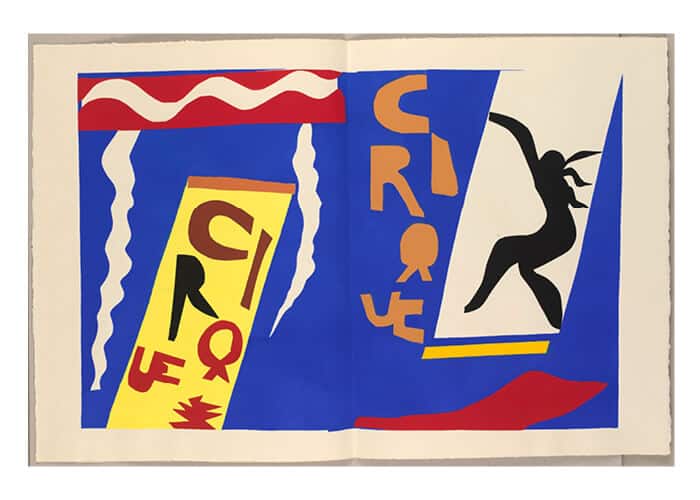 Caught in the bunkers of impressionism, Matisse sought an alternative mode of representation, one which spoke less about the observation of an object and more about that object’s impact on the individual, hence the title of one of his written papers, ‘Exactitude is not a Truth.’ For Matisse, “the essential thing is to spring forth, to express the bolt of lightning one senses upon contact with a thing. The function of the artist is not to translate an observation but to express the shock of the object on his nature; the shock, with the original reaction.”

One of the accompanying quotations leading into the Standard Bank Gallery space reads ‘Black is colour.’ Quoting Pissarro on the subject of Manet in 1947; Matisse told Andre Marchand: “Manet is stronger than us all, he made light with black.” Here we see the artist’s true inspiration. How does one make ‘light’ with black? By understanding that nothing exists in isolation, and that it is the relationship between things that accentuate their character. “You can get there by means which seem completely paradoxical, but who cares?” he continued, “It’s the result alone that counts.” 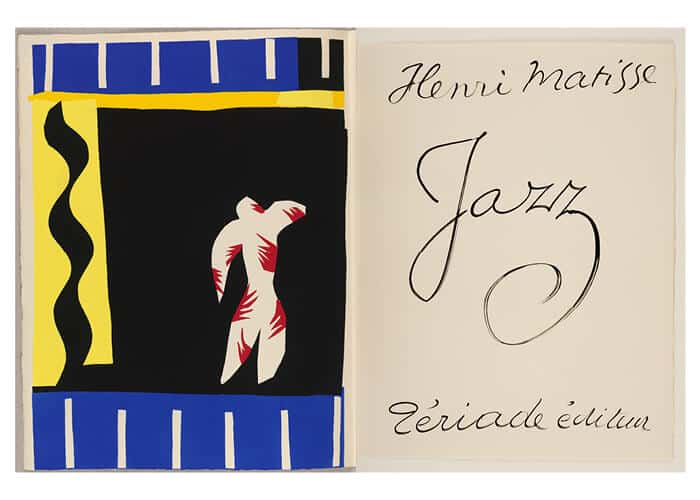 Unable to find inspiration from his immediate pool of influence, Matisse sought influence from the vast array of visual culture outside of France. Drawing on Byzantine painting, Japanese crépons, Russian ballet, and North African culture, Matisse found sanctity in their use of colour and form. It is this early appropriation of alternate visual cultures that gave Matisse the freedom to find a form that fits: “I used colour as a means of expressing my emotion and not as a transcription of nature. I use the simplest of colours. I don’t transform them myself, it is the relationships which take charge of them. It is only a matter of enhancing the differences, of revealing them.”

It is interesting to note here the parallels between the genesis of Jazz (which began in 1943), and the influence of Jazz culture on some regions of South Africa during this same period. Sophiatown is a case in point. According to Trevor Huddleston, who lived and worked in Sophiatown between 1943 and 1956, the Johannesburg suburb was cosmopolitan, characterised by children, and had “a vitality and an exuberance about it which belonged to no other suburb in South Africa, certainly to no white suburb. It positively sparkles with life.” In this way, Sophiatown was to apartheid South Africa what Jazz was to Matisse, a ‘sparkle’ that enabled South Africans, at least temporarily, to “jump the ditch.”

Henri Matisse’s ‘Rhythm and Meaning’ will be on show at the Standard Bank Gallery in Johannesburg until 17th September 2016.

Illusional and philosophical drawings at Goethe-Institut