Lost in Reverie by Houghton Kinsman 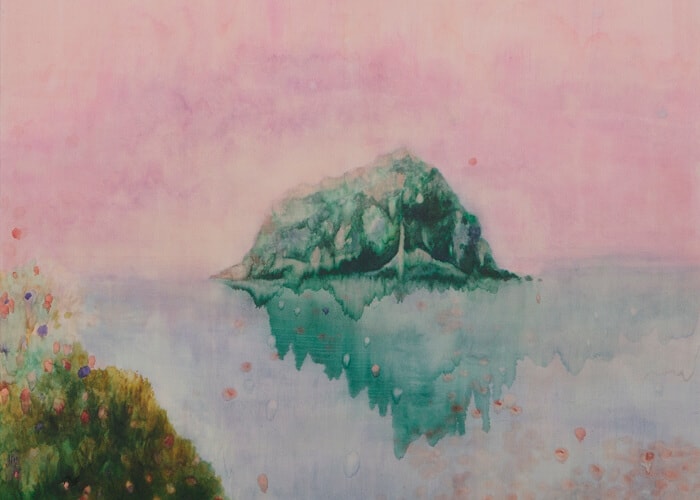 If her recent presentation at the Cape Town Art Fair and her much anticipated solo debut at Barnard Gallery (in Cape Town) are anything to go by, then Alexia Vogel has a bright future ahead of her. As a recent UCT Michaelis School of Fine Art graduate, Vogel has had a phenomenal year. Apart from the success of the two aforementioned presentations, the past year has seen Vogel show work at the Casa Labia Gallery, host a two-person show, titled ‘/Scape’ at Salon 91, and was highlighted as one of Between 10 and 5‘s Seven Capetonian Painters to Watch.

Nevertheless, in spite of this somewhat meteoric rise over the last year, at the opening of ‘Lost in Reverie,’ amidst the host of exhibition-goers, endless reams of red dots and free-flowing wine, Vogel showed no sign of an inflated sense of self-worth. Instead, grinning from ear-to-ear, it was clear that she is in fact just happy to be here and be making work.

But, aside from her refreshing attitude, we must not forget the real reason why she is here.

As a 2013 Simon Gerson Prize recipient, Vogel has developed an invigorating approach to landscape painting. It is an approach that consciously re-conceptualises a traditional subject matter and intentionally distorts the line between figuration and abstraction. However, words cannot truly do the work justice. In fact – most encouragingly – Vogel’s work often tends to speak for itself. 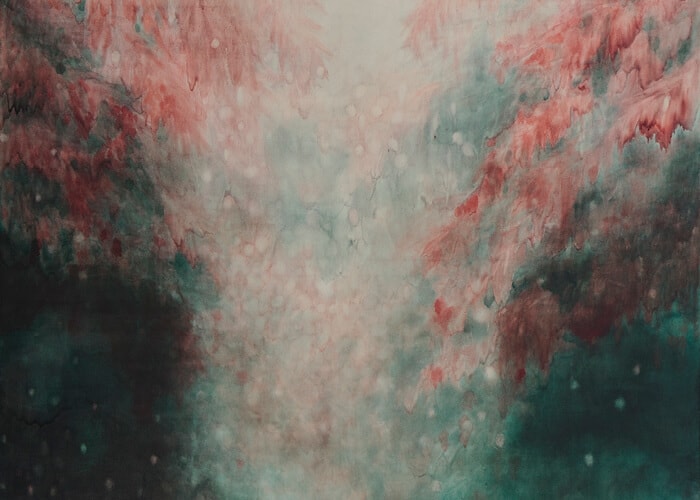 Notably absent from ‘Lost in Reverie’ was the now all-too-common, highfalutin wall text. Instead her Colour Field-mimicking, abstract landscapes took center stage. These paintings, untarnished by complex art world jargon and academic, elitist sensibilities, were subsequently extremely well received. That is because – ostensively – Vogel’s work navigates a delicate balance between the academic and the democratic. That is to say, it possesses a clarity and dimension that appeals to varying creative and intellectual curiosities.

In our manifold conversations around her practice, nowhere more clearly did this binary present itself than in her simultaneous acceptance and denial of the influence of American Colour Field painting of the 1960’s. Academically, her acceptance revealed an acknowledgement of her position – as an artist – in relation to art history and the wider discussion of art theory. Meanwhile, her denial represented her acute apprehension of becoming unable to emphasize the aesthetics of the painting itself as satisfactory.

Being cognizant of this position and safeguarding the ensuing equilibrium, which she seems to achieve through the conscious structure of her practice, ultimately reflects her ever-increasing sense of maturity, clarity of thought and criticality. Three attributes that will essentially continue to influence the development of her practice. It would come as no surprise then that the more she matures and develops these attributes, the more intriguing the artwork promises to become. This is because in so many ways Vogel is inextricably linked to what she paints. Not only because she is the painter, but more importantly because her departure point is deeply idiosyncratic. 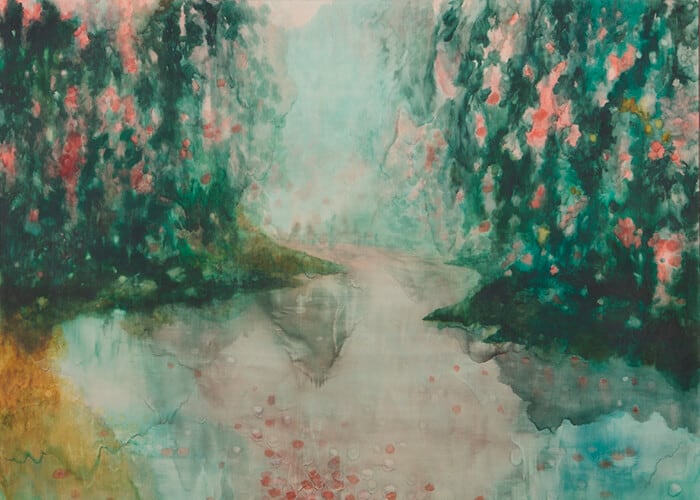 “My work is very personal,” says Vogel. “Especially because a lot of it comes from my mind, even though I have the photographs as references.”

Consequently, her dexterity lies in the way she is able to deftly transpose the nostalgia, romanticism and longing conjured by a family photograph, into an accessible, emotional and intellectual painting. Furthermore, her purposeful abstraction, for which she uses a handcrafted viewfinder, speaks to the fragmentation of our thoughts and memories and her astute use of spontaneity marks the work with a deep sense of spirituality – arguably most beautifully manifested in the painting Scarp (2014.)

Here Vogel reveals her process. By diluting the oil paint with turpentine, she ‘waters’ down the medium in order to work with multiple layers of glazes. Directed by her keen eye for colour, these glazes then become malleable when spontaneously applied and form a hazy, nebulous and indistinct image, reminiscent of distant memory.

However, it is in Wander (2015) that Vogel truly reaches a crescendo. Scale, colour, methodical process and viewer response combine to create what one could best describe as a Bill Viola moment. An instant where everything grinds to a halt, you are completely aware of yourself, enraptured by the painting (or in Viola’s case the video) and recognize that you are part of something much larger, almost metaphysical. An experience generated by what Vogel terms as a “shift in sentiment,” in the painting process as she recalls “the memory of the photography.”

Moreover, it is this innate transcendental quality, and the subsequent desire as a viewer to experience this situation again, that truly demonstrates the potential that exists in Vogel to become a heartfelt, inclusive and genuinely galvanising artist.