Flavour of a generation by Ashraf Jamal 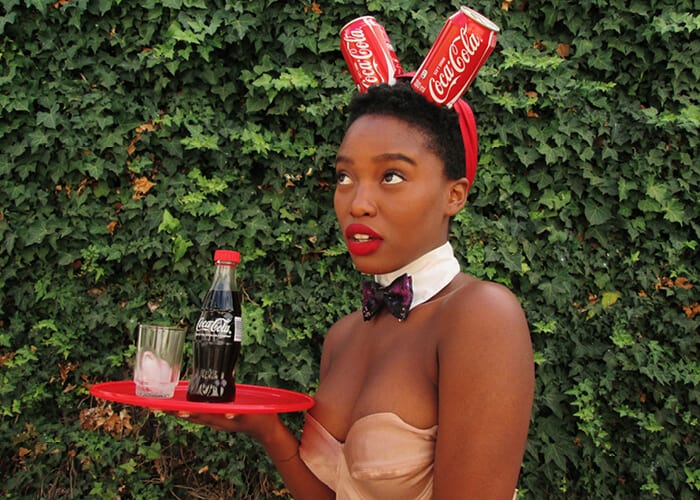 Since Tretchikoff and Warhol we’ve grown accustomed to ‘High Art Lite;’ art which debunks elitism, cruises with design, celebrates kitsch and the popular. In this brave new world of hype, frippery and a cool embrace of emptiness – embodied in the works of Koons and Murakami – lies the realisation that not only is-and-can anything be art, but the unwavering insight that canonical systems are dying (if not dead). The very prism through which we see and make sense of the world is shot through with fakery, illusion, spin-doctoring and the trenchant sense that what is profoundly absent (today) is ‘authenticity.’

Scientists have declared this new historical moment the ‘Anthropocene Age;’ an age that comes after industrialisation and Mary Shelley’s Dr Frankenstein, in which it has become impossible to separate the human from the synthetic. The late Steve Jobs was the quintessence of this new world when he announced that he would bring soul back into technology. Epitomising this blurring of the human and the machine, art and design, we now have what <Wired> Magazine recently announced; the discovery of the ‘plastiglomerate,’ a new geological formation comprising melted plastic, fossil, and stone, signalling a time in which all spheres of life and culture – including the artworld – become singularly defined by the post-industrial, digital and synthetic.

Enter Tony Gum, a young black woman artist from KwaLanga in Cape Town. Her decision to fuse a specific brand – Coca Cola – with an array of projected identities, ranging from the matriarch in traditional Xhosa costume to the West End Playboy Bunny, marks a newly minted ironic and playful take on the ubiquitous and morbid preoccupation with Identity Politics. In Gum’s case it is the fusion of the African exotic, the ethnic traditional, the Afropolitan urban chic, and the iconic Bunny Girl which allows for a new framework, or prism, through which to see contemporary art from Africa. 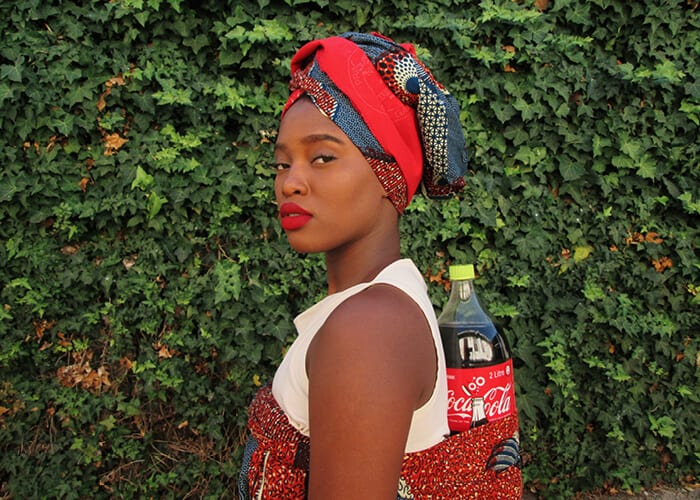 All importantly, it is Gum’s wit, her lightness and playful irony which sets the work apart. Therein we find no grim exploitation of a historical pain, no entitled supremacist black youth culture, no iconic imprisoning of black beauty, and no gratuitous play with emptiness. Rather, Gum seems to have freed herself from a history of oppression – be it racial, cultural, or sexual – and seemingly single-handedly recreated herself as a mercurial aesthetic intelligence.

Gum’s work, remarkably sophisticated for someone so young, harks back to the genius of Moshekwa Langa, for Tony Gum, even as she plays fast-and-loose with the most ubiquitous and toxic imperial brand, is nevertheless giving us something fresh. Snapped up by the Christopher Moller Gallery, Tony Gum seems set to make a major contribution to the booming market for contemporary art from Africa. She is the new ‘plastiglomerate’ – the artist best able to splice the mortal with the synthetic, high art and trash, tradition and the contemporary, the better to capture the radio-active buzz of this giddy art moment.