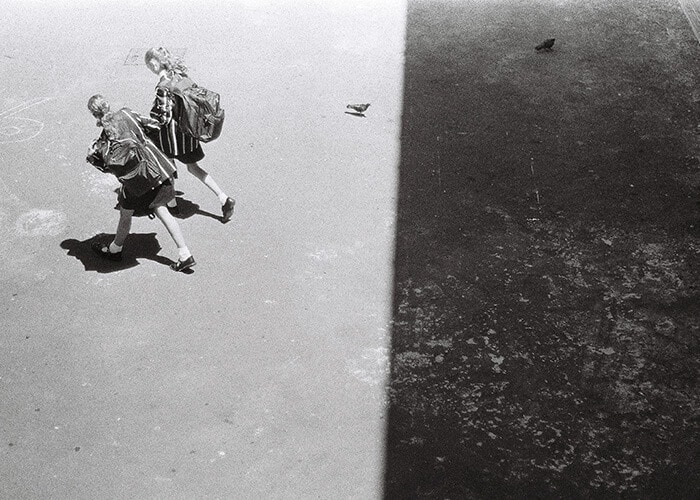 Hanno Van Vuuren, Passages, 2016. 35mm, 29.7 x 42 cm.
I recently found myself at The Work Hub in Woodstock’s industrial area (Cape Town) with my fourteen-year-old daughter and her two sixteen-year-old friends. It was their idea that we see the second incarnation of ‘Strangers on Film,’ an ongoing project run by organisers and curators Aidan Tobias and Sarah Schumann.
Not only was I immediately struck by the drab concrete venue – the perfect shell for black and white photography shot on film – but also by the young crowd, in their teens and early twenties, drawn to a shrine of their own making. The space and the crowd, strikingly at odds with the effete, knowit-all mix who frequent First Thursdays (a once-a-month night of openings and cultural activities in Cape Town), announced something fresh, something pure: a romance with all things retro, jurassic and predigital. 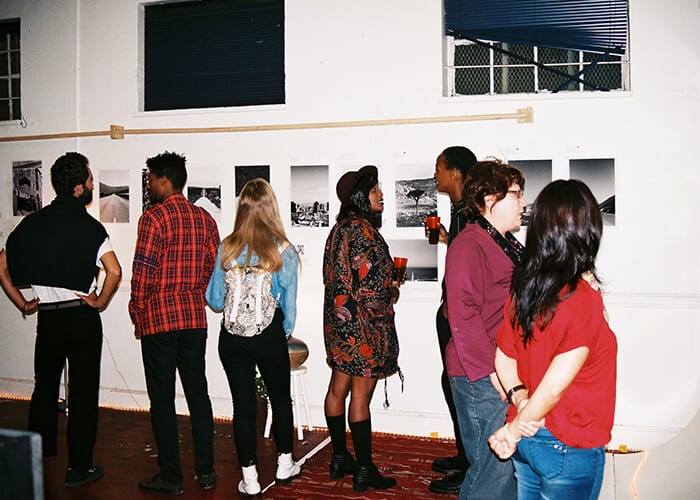 Aidan Tobias, Crowd at exhibition II, 2016. 35mm. All images courtesy of the artist.
In the equally dull quad – not a single blade of grass in sight – I spoke with Tobias and Schumann, smokers and beer chuggers lounging on a busted sofa. It was refreshingly evident that the two were on a mission.
“We first thought about doing an exhibition when Aidan and I were walking through the Glen Forest while taking photos on film, around the beginning of last year,” Sarah remarked. The contrast between the forest and this concrete vault was palpable, as was the idea of nature drained of colour.
If South African photography is generically desaturated – the jaundiced effect designed to conjure some moral high ground or leftist political integrity – it was evident that Aidan and Sarah’s intent was anything but as pragmatic, opportunistic or sanctimonious. Black and white matters because it is bareboned, skeletal, absolute and efficient. And, of course, it possesses its ownestranging and strange beauty. That many of the photographs could be read as prosaic movie stills further ramified the particularity of the duo’s perspective.
“We think the exhibition is very unique and needed in many ways,” Sarah resumed. “Since Aidan and I share such a great love for film and film photography, and since film has made such a striking comeback in recent years within Cape Town, we saw it fit to create a platform for the further betterment of the medium.” 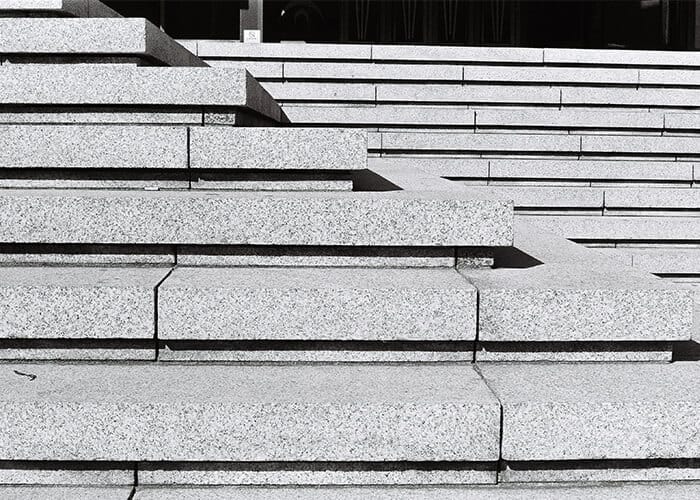 Cate Rochat, Stairs, 2015. 35mm, 29.7 x 42 cm. All images courtesy of the artists
The sincerity here is achingly beautiful and disarming, all the more so when matched by the duo’s chutzpah and drive. As Sarah bluntly added, the enterprise is not something that conventional gallerists would jump at, given that the images dotted across the space were anything but tastefully or controversially ‘African;’ owing more to the French New Wave, noir cinema, Bresson or the cool desolation which Walter Benjamin found in the photographs of Atget.
Atget’s photographs, for Benjamin, suggested the fallout of some indefinable crime. I suppose it was this nostalgic and brooding quality which I found in Hanno Van Vuuren’s Passages, with its pair of schoolgirls caught in a starkly polarised black and white world, or James Blyth’s evocatively moody portrait Chloe IV, or Cate Rochat’s Stairs with their brutalist feel.
It is clear that Aidan and Sarah adhere to a very austere subset of passions and that they are well connected to a growing phalanx of photographers who share their passion for all things analogue. Hence ‘Strangers on Film II’ – the second in a planned series of outings over the next two years – designed to showcase talent which, according to Sarah, gallerists wouldn’t “take seriously enough right now,” resulting in their drive to “to take it upon [ourselves] to create the exhibition from scratch, investing [our] own money and time and just knowing that the outcome would be beautiful.”
Geoff Dyer’s But Beautiful: A Book About Jazz springs to mind, as would any connection with outliers, or any extempore risk-takers. As for the exhibition’s branded title, ‘Strangers on Film’? It’s the relative anonymity of the makeshift collective that counts. What links the photographers are Aidan Tobias and Sarah Schumann – the glue in the works. 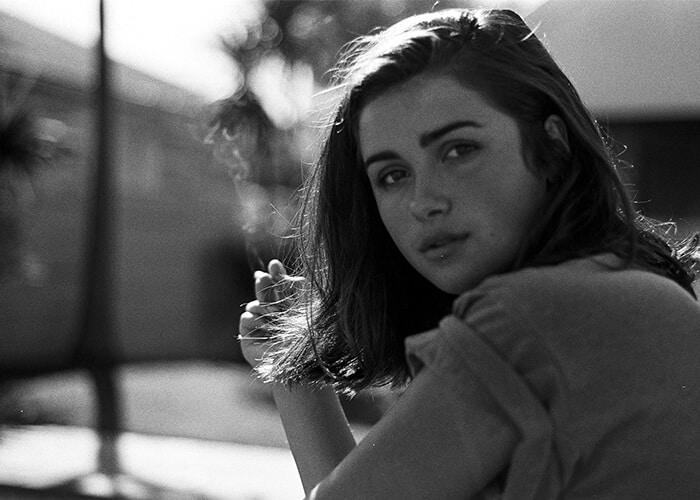 James Blyth, Chloe IV, 2015. 35mm, 29.7 x 42 cm.
Ashraf Jamal is a Cape Town-based cultural analyst, writer and educator. He is the former editor of ARTsouthAFRICA and currently lectures in Film and Media Studies at Cape Peninsula University of Technology (CPUT).
Strangers on Film Pt. 2 / Black & White Edition’ was held at the Work Hub in Cape Town on the 25th of March 2016.