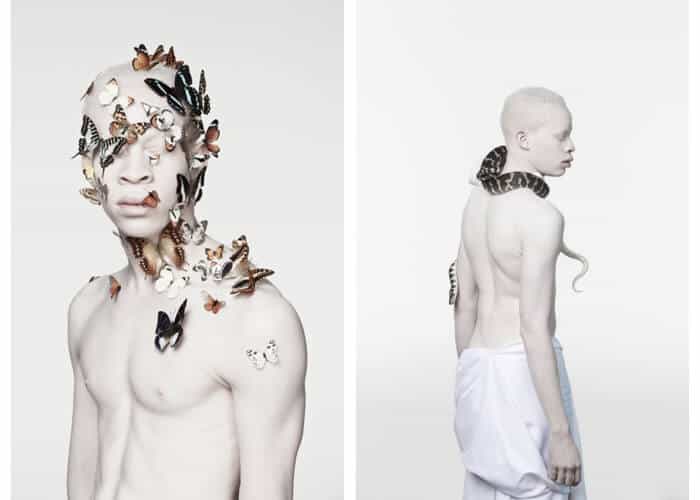 Since its inception in 2015, ‘Albus’ has been shown at M.I.A Gallery (Seattle, USA, 2014); Rooke Gallery (Johannesburg, 2016); North West University Gallery (Potchefstroom, 2016); and Lizamore Gallery (Johannesburg, 2016); as well as being featured at several local and international art fairs. These include 1:54 Contemporary African Art Fair (London, 2013); FNB JoburgArtFair (2015); and the Cape Town Art Fair (2016).
The arresting vulnerability and striking intimacy captured by Dingwall’s ongoing body of work ‘Albus’ constitute an extended meditation on the nature of beauty and perception. Aiming both to raise awareness about Albinisim and to challenge the taboo that exists around it, the series interrogates and offers an alternative to traditional notions of beauty. Dingwall uses recurring motifs such as butterflies, snakes and water to suggest notions of rebirth, metamorphosis, fluidity and flux. Here we see the artist’s desire to inspire a change in perception, indicating that beauty is not a fixed ideal but rather one that is ever-shifting and changeable. The conception of beauty as it exists in ‘Albus’ is one that is ambiguous, subjective and diverse.
Justin Dingwall graduated cum laude from Tswane University of Technology in 2004 and has since built a successful career as both a commercial and fine art photographer. His work has been featured in numerous group exhibitions both locally and abroad, including Twenty: Contemporary Art from South Africa (Turchin Centre for the Visual Arts, USA, 2013), Making Africa: A Continent of Contemporary Design (Guggenheim Bilbao, Spain, 2015); Twenty: Art in the Time of Democracy (Pretoria Art Museum, 2015) and Representations of Otherness and Resistance (Johannes Stegman Gallery, Bloemfontein, 2015). 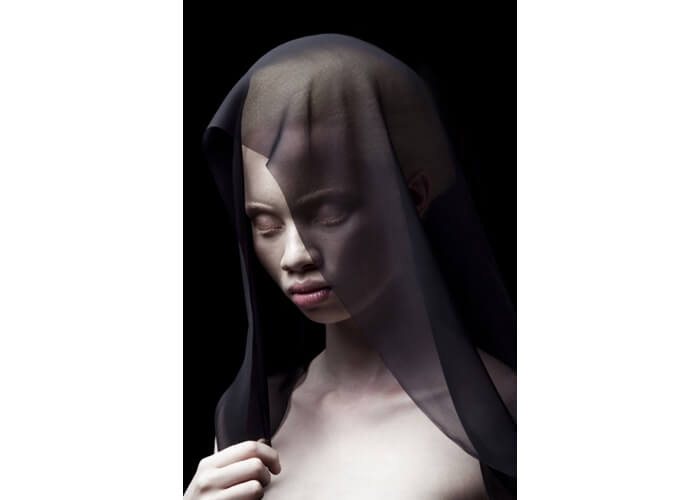