in News Articles 2013
Share on facebook
Share on twitter
Share on email
Share on whatsapp
Kemang Wa Lehulere has just been named the first South African to win the Deutsche Bank’s ‘Artist of the Year’ award for 2017, placing him alongside the likes of Wangechi Mutu, Yto Barrada and Basim Magdy.
Kemang Wa Lehulere was born in Gugulethu, Cape Town in 1984 to a Tswana mother and an Irish father. Following the passing of his father at age eleven, Wa Lehulere spent most of his youth under his aunts’ roof. His cousins, Itumeleng and Keith Wa Lehulere, were heavily involved in theatre and took him under their wing, enrolling him for casting auditions and taking him along to work behind the scenes on productions such as Echoes of Our Footsteps, which Itumeleng directed and performed at the National Arts Festival in Grahamstown. “I actually started out doing theatre when I was in high school,” said Wa Lehulere in an interview with Kathryn Smith. “I never wanted to do art.” 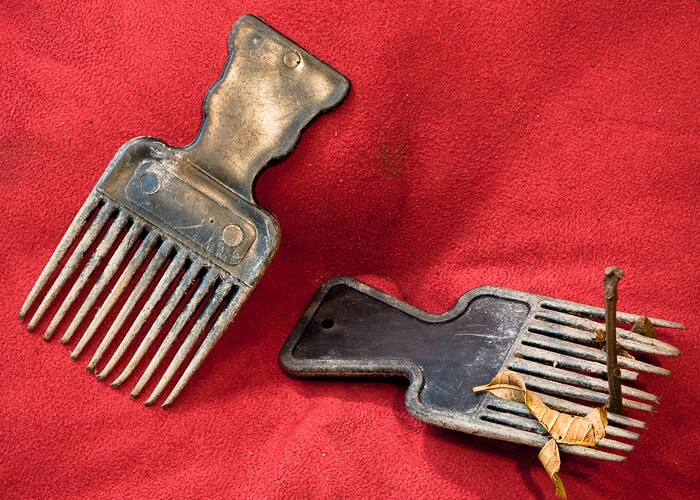 Kemang Wa Lehulere, Remembering the Future of a whole as a Verb, 2010. First published in Art South Africa, Vol. 09, Issue 02, 2010. ‘MTN New Contemporaries Award 2010’ by Peter Machen. Photo: Andrew Griffin. Image courtesy of KZNSA.
Frustrated by the exclusionary politics of theatre, Wa Lehulere began experimenting with new media in 2005. Amplified by a blank, black screen, the sound of people singing introduces his first video, Lefu la Ntate. The ‘curtains’ are drawn, revealing a precariously balanced, lit cigarette, centre-stage on top of a white surface. The horizon line is low. We look up at the cigarette, framed by an endless jet-black background. You expect it to fall over, or be swallowed by the darkness. Instead, the cigarette slowly burns, replaced by ash, and it is as if the singing is giving it oxygen.
Roughly translated, Lefu la Ntate means ‘my father’s inheritance.’ It is also the title of the song that is being sung, an integral part of the male ritual initiation that Wa Lehulere had taken part in a few months prior. “I was interested in the phallic symbol. The cigarette as the phallic, and what it represents in relation to male ritual initiation and the construction of manhood back in South Africa,” explains the artist during a conversation with Hans Ulrich Orbist. Whilst Wa Lehulere’s work is held in close proximity to his personal, lived experiences, it is also deeply embedded in a sense of community and an appreciation for the stories of those around him, both heard and unheard.

In 2006 Wa Lehulere and his contemporary, Unathi Sigenu, instigated the formation of an artist collective called Gugulective, creating a space for artists at Kwa Mlamli in Gugulethu. As he points out in his interview with Kathryn Smith, “the direction that the Gugulective took was based on the kind of discourses that were taking place… questioning the kind of work that was being made by black artists and being exhibited in the white cubes in the cities and in the museums…questions like ‘What’s the relevance of those discourses within white-dominated spaces?’ It was also out of curiosity about how people in Gugulethu would respond to that type of work that we really began thinking about doing something in Gugulethu.” 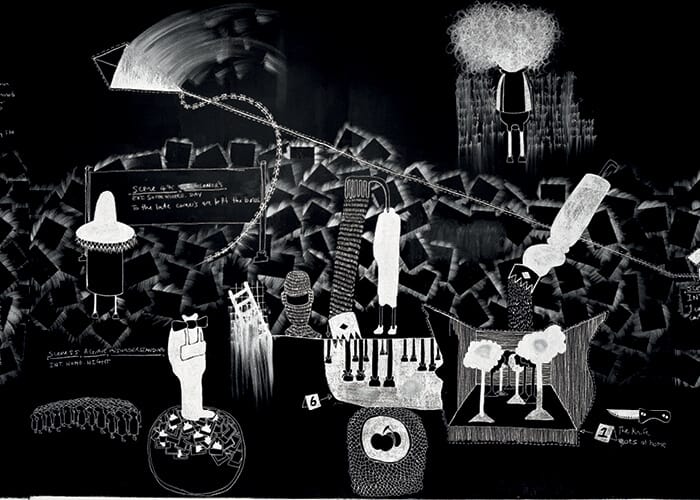 Kemang Wa Lehulere, A Native of Nowhere (A Sketch), 2014. Performed for ‘This is not Africa, this is us. Part III’ at West, Den Haag. © Kemang Wa Lehulere. Image taken from from ART AFRICA, Issue 02, December 2015. ‘Conversations Beyond the Galleries,’ by Kara Blackmore. Courtesy of STEVENSON, Cape Town/Johannesburg.
It was through these spaces and the various workshops that Wa Lehulere attended that the artist began to make waves. Following a workshop at AMAC in 2006, the artist’s potential was quickly recognised by fellow artist and curator Thembinkosi Goniwe, who screened Lefu la Ntate as part of the exhibition ‘Amajita in Conversation’ at the AVA Gallery that September. The following year Wa Lehulere was awarded the Spier Contemporary award for his first public performance, a collaboration with Chuma Sopotela and Mwenya Kabwe entitled Inyawo Aluna Mpumlo (The Foot Has No Nose). The title is drawn from a Xhosa idiom meaning you don’t know where you’re going or where you’re heading in life. Needless to say that the award marked a turning point in the artist’s career, and was followed by a wave of notable exhibitions and awards. In 2010 he won the MTN New Contemporaries Award. Then came the Tollman Award for the Visual Arts in 2012, the 15th Baloise Art Prize (Art Basel) in 2013, the International Tiberius Art Award Dresden in 2014, and the Standard Bank Young Artist for Visual Art in 2015. 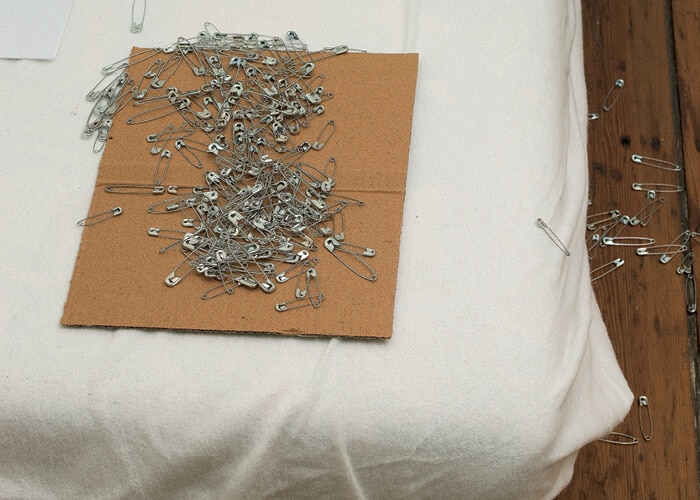 Kemang Wa Lehulere, A Native of Nowhere (A Sketch), 2014. Performed for ‘This is not Africa, this is us. Part III’ at West, Den Haag. © Kemang Wa Lehulere. Image taken from from ART AFRICA, Issue 02, December 2015. ‘Conversations Beyond the Galleries,’ by Kara Blackmore. Courtesy of STEVENSON, Cape Town/Johannesburg.
Being named the Deutsche Bank Artist of the Year for 2017 seems like a natural step in the evolution of Wa Lehulere’s career. That being said, it is important to note that the artist always returns home. Whether it’s unearthing skeletons with an afrocomb in a neighbours backyard, depositing said earth on the gallery floor or reciting a script with a mouth full of safety pins, Kemang Wa Lehulere’s work has deep roots in the land and communities that bore him forth into the world, and speaks to the communities’ stories as much as his own.