With the support and patronage of the Sindika Dokolo Foundation, ART AFRICA invited Kendell Geers to Guest Edit this special edition entitled ‘A Luta Continua.’ Geers responded by inviting contributors from all over the world to share their thoughts on the irreconcilable contradictions embodied by the question, “What is African Art and how might it be read today?”

The invitation to artists, animists, activists, revolutionaries, freedom fighters, poets, musicians, writers and mystics, touched by the spirit of exorcism, was to find sufficient contradiction within themselves to respond to the calling of ‘Aluta Continua,’ the Liberating Struggle that is far from over. ‘Aluta Continua’ is an interrogation of African identity today, a freedom song composed from all the contradictory points of view — immigrant, emigrant, diaspora, animist, spiritual and ecological. This edition looks in every direction; backwards and forwards through history, across the Atlantic, via the old colonial capitals, and past the postcolonial and liberation movements and down the alleys of Negritude, Tigritude, Creolisation and Globalism, pressing towards a much needed exorcism of identity, history, politics, culture and art. 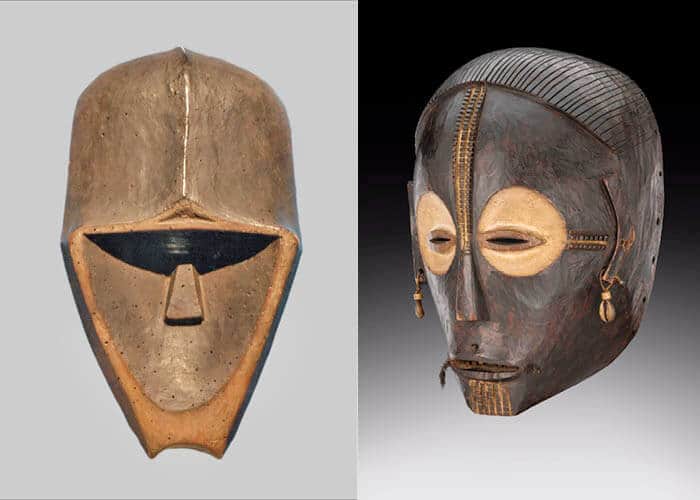 LEFT TO RIGHT: Kwele mask from Gabon; Ngbaka/Ngombe mask from the RDC. Courtesy of the Sindika Dokolo Collection.

Masks! Oh Masks!
Black mask, red mask, you black and white masks,
Rectangular masks through whom the spirit breathes,
I greet you in silence!
And you too, my panterheaded ancestor.
You guard this place, that is closed to any feminine laughter, to
any mortal smile.
You purify the air of eternity, here where I breathe the air of my
fathers.
Masks of maskless faces, free from dimples and wrinkles.
You have composed this image, this my face that bends
over the altar of white paper.
In the name of your image, listen to me!
Now while the Africa of despotism is dying – it is the agony of a
pitiable princess,
Just like Europe to whom she is connected through the
naval.
Now turn your immobile eyes towards your children who
have been called
And who sacrifice their lives like the poor man his last garment
So that hereafter we may cry ‘here’ at the rebirth of the world being
the leaven that the white flour needs.
For who else would teach rhythm to the world that has
died of machines and cannons?
For who else should ejaculate the cry of joy, that arouses the dead
and the wise in a new dawn?
Say, who else could return the memory of life to men with a torn
hope?
They call us cotton heads, and coffee men, and oily men.
They call us men of death
But we are the men of the dance whose feet only gain
power when they beat the hard soil. 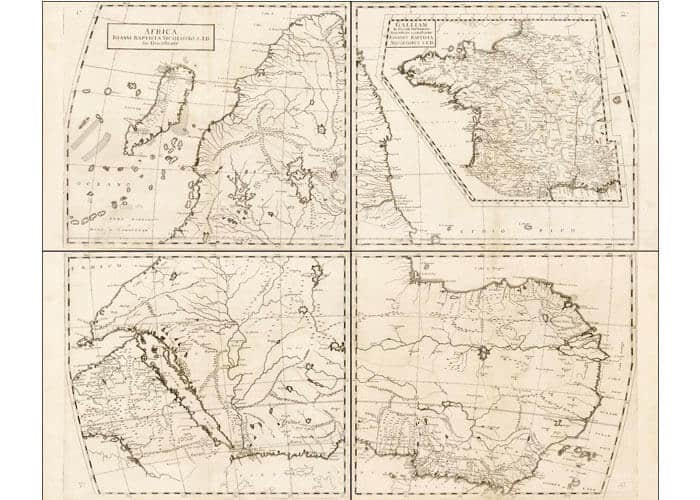 Our image of the world map is determined by where we see our place on that map. Arno Peters explains: “Since Mercator produced his global map over four hundred years ago for the age of Europeans world domination, cartographers have clung to it despite its having been long outdated by events. They have sought to render it topical by cosmetic corrections…The European world concept, as the last expression of a subjective global view of primitive peoples, must give way to an objective global concept. The cartographic profession is, by its retention of old precepts based on the Eurocentric global concept, incapable of developing this egalitarian world map which alone can demonstrate the parity of all peoples of the earth.”

The borders that crisscross the map of Africa today were drawn up at the Berlin Conference of 1884/85 by the Austro-Hungarian Empire, Belgium, Denmark, France, Germany, Italy, Netherlands, Norway, Ottoman Empire, Portugal, Russia, Spain, Sweden, United Kingdom and  the United States. Not one single African country was represented as the colonial superpowers drew their borders around their economic and strategic interests, driving borders between families, communities, clans, nations and kingdoms. The division of Africa set in motion all the socio-political uncertainty that would guarantee a century of civil wars, cross-border raids and conflicts of ethnic cleansing.

The Berlin Conference took place only two decades after slavery had already been abolished in the United States. It is estimated that by 1865, 13 000 000 African people had been transported across the Atlantic as slaves to Brazil, Cuba, Haiti and across the Caribbean and West Indies.

Given the contradictions, complexities, ancient histories, slave routes, diasporas, cross-cultural influences and trade routes dating back centuries, every attempt to define or speak for Africa will fall into cliché. The greatest struggle for African Art and identity is the right to speak for one’s self, the right to self-representation, in place of being spoken for. The basic human right to decide on one’s own national identity based on community and tradition had been denied by the borders of the Berlin Conference in which the colonialists treated a continent of African people as naïve, illiterate children in need of being spoken for and taken care of. 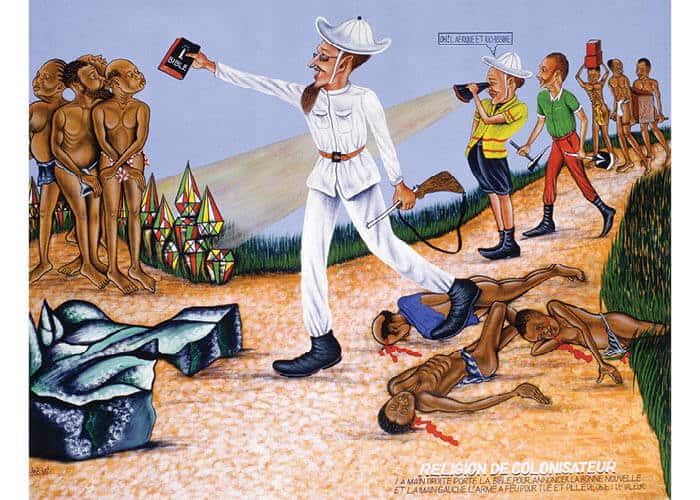 In the spirit of what Souleymane Bachir Diagne calls ‘African Art as Philosophy’, this special issue questions colonial stereotypes by proposing that the so-called “Traditional” African Art and some “Contemporary” African Art are really two expressions of one language. This “African Art as Philosophy” thrives in the smallest village, in the most remote part of Africa, where living traditions of art remain deeply rooted in the community, and art and the environment are the embodiment of sacred beliefs. Art is not disconnected from its context and remains a vital force of spirit. “African Art as Philosophy” cannot separate the mask from the masked, cannot take the dancer out from the dance, which cannot be stopped until the rite has been written. The masquerade cannot be read outside of the community upon whose faith it emanates from.

The very same might hold for any work of art, but the familiarity and habit of the Western European convention is often overlooked and misread as universal. The history of African Art is intertwined within the context of its contradictory histories, the complexities of its politics, identities, communities, struggles and culture in general. The AK47 is as integral to African identity as the mask, wax print fabric and mobile phone, and yet these incongruous elements are rarely understood as inextricably interconnected. 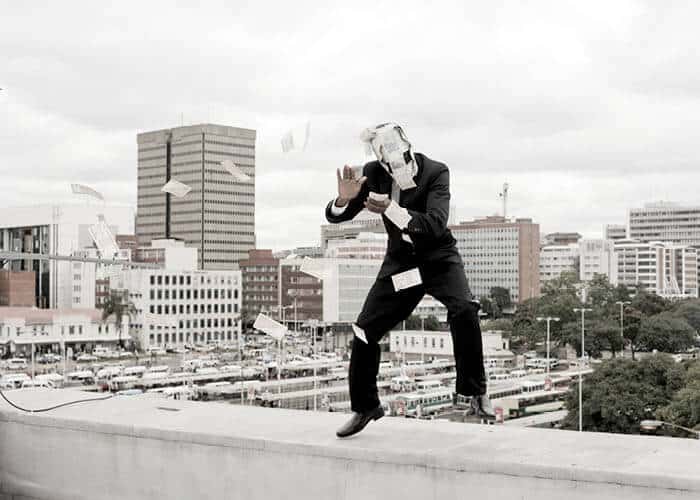 It was Picasso, more than any other European artist, who first understood the power of African Art after a visit to the Trocadéro Museum in Paris in 1907. Contrary to the widely held assumption, he was not looking at historical masterpieces, but at masks and power objects made by his African contemporaries a few years prior. Andre Malraux quotes Picasso describing the experience:

“When I went to the Trocadéro it was disgusting. The flea market. The smell. I was all alone. I wanted to get away. But I didn’t leave. I stayed. I stayed. I understood something very important: something was happening to me. The masks weren’t like other kinds of sculpture. Not at all. They were magical things.”

It is through this sense of magic that Picasso understood the sculptures to be intercessors, and weapons against everything; against unknown, threatening spirits. He said that their function was to “help people stop being dominated by spirits, to become independent. Tools. If we give form to the spirits, we become independent of them. The spirits, the unconscious (which wasn’t yet much spoken of then), emotion, it’s the same thing.”

He adds that Les Demoiselles d ‘Avignon must have come to him that day, “but not at all because of the forms: but because it was [his] first canvas of exorcism — yes, absolutely.” What is this exorcism that Picasso referred to? Picasso clearly understood that African Art is not a style, nor an image. African Art is not an aesthetic nor even representational. African Art is the embodiment of a spirit, the inner world of the artist made visible in physical form.

In his 1966 inauguration speech for the ‘Festival Mondial des arts Nègre,’ President Léopold Senghor explained that “It took Rimbaud to identify with Negritude, Picasso to be stirred by a Baoulé mask, and Apollinaire to sing of wooden fetishes before western European art could accept, after some two and a half thousand years, the relinquishing of physeos mimesis, the imitation of nature.” 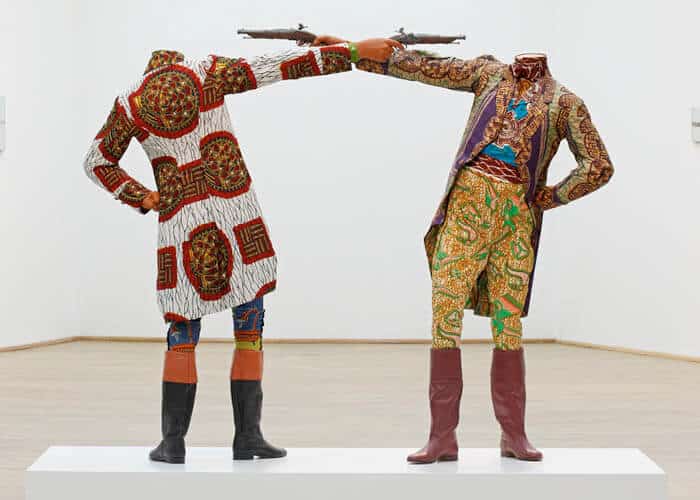 A generation before, writers like Raymond Roussel, Alfred Jarry, Alphonse Allais and Arthur Rimbaud had already taken their “Impressions of Africa” and found inspiration in the mysterious continent that they imagined dark. In 1880 Rimbaud moved to Harar, Ethiopia, where he struck up a close friendship with the Governor Ras Makonnen, father of the future Emperor Haile Selassie. The prodigal poet of the European avant-garde ran away from Europe and her traditions to embrace Africa as the tutor to future Rastafari Messiah.

The world is now a much smaller place than that of a century ago and Africa is once again stepping up to the centre stage of politics, economy, philosophy, technology, medicine, science and the arts. With the world’s largest growing mobile phone network, Africa is wired in to the same interzones of information as every other continent. With more than 2000 living languages and the largest diaspora of any continent spreading out across the globe, African identity cannot be reduced to anything less than complex and contradictory. There is no pot of truth at the end of the rainbow nation and there will be no conclusions, for the journey is the destination, the dance of experience, the movement that never finds rest.

The Nigerian writer Chinua Achebe fondly quoted the Igbo proverb “Anaghi a no n’otu ebe e kili mmonwu” (You cannot stand in only one place to watch a masquerade) as a metaphor for understanding African Art. He explains “I believe in the complexity of the human story and that there’s no way you can tell that story in one way and say, ‘This is it.’ Always there will be someone who can tell it differently depending on where they are standing; the same person telling the story will tell it differently. I think of that masquerade in Igbo festivals that dances in the public arena. The Igbo people say, If you want to see it well, you must not stand in one place. The masquerade is moving through this big arena. Dancing. If you’re rooted to a spot, you miss a lot of the grace. So you keep moving, and this is the way I think the world’s stories should be told — from many different perspectives.” 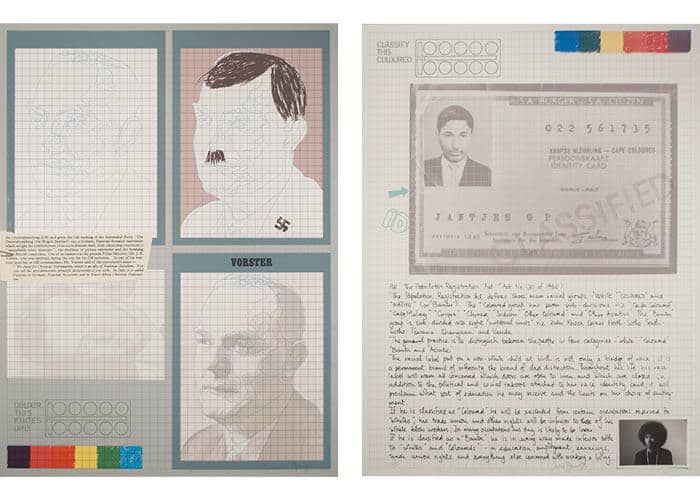 The struggle is not over and ‘A Luta Continua’ is a call to arms, not only for Africanists and Artists, but everyone who demands more than market driven materialism in place of real value. It is an open model that invites discussion, stimulates debate and offers contradiction as the only possible definition of African Art and African Identity. The African continent has been decimated by European fantasy for too many centuries now and in protest, ‘Aluta Continua’ opens the discussion about role models, patronage, histories, archives, experimentation, authenticity, tradition, debate and expression.

We are all African, from Black Americans to White Africans and European Arabs, every shade, colour, nuance and tone in between, struggling with the fluidities of identity rooted in the social, political and spiritual communities. Art opens our eyes to truths we are otherwise blind to see. The work of art at the intersection between flesh and spirit, between politics and identity, at the sharpest edge of the anvils of experience: “Politics, it goes without saying, is closely related to the social,” wrote Léopold Senghor,  “The latter is to the former as the artist’s hand is to his mind… The [African] service will have been to contribute, with other peoples, to remaking the unit man and World: to binding the flesh to the spirit, man to his fellow, stone to God. In other words, to binding the real to the spiritual surreal — through man not as the centre, but as the point, the navel, of the World.” 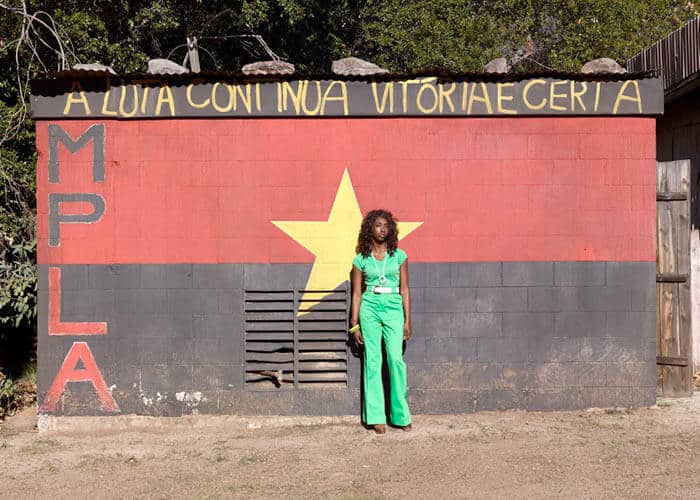