The Chicago Cultural Centre (opened in 1897) is a Chicago landmark building that houses the city’s official reception venue where the Mayor of Chicago has welcomed presidents and royalty, diplomats and community leaders. The centre, which is home to two magnificent stained-glass domes, frequently hosts free music, dance and theatre events, lectures, films, and art exhibitions. Recently the centre hosted ‘Present Standard,’ a group exhibition comprised of twenty-five contemporary U.S-based Latino artists who are, in one way or another, identified as natives. Edra Soto, Chicago-based artist, curator and gallery director and Josue Pellot, an artist based in Chicago, curated the exhibition. 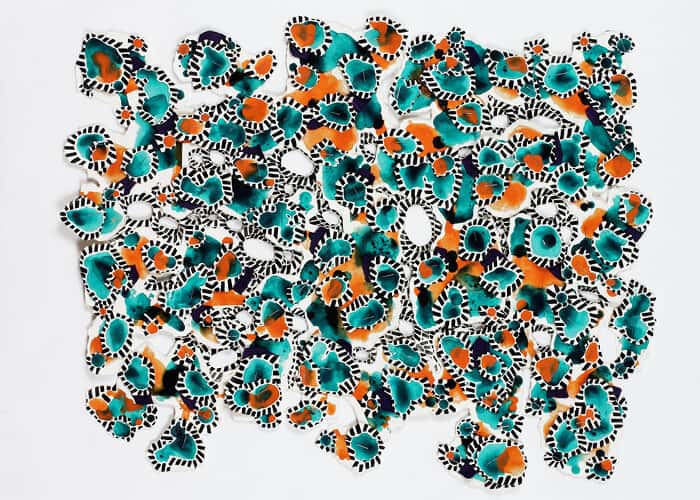 Introducing the exhibition in their curatorial statement, Soto and Pellot are quoted as saying “The decision to move from one’s homeland is never simple and migrating, or any act of moving to a new country, can both produce moments of settling and endless questioning for the rest of an individual’s life.” When viewed from outside of Chicago (or the U.S, in general) by a total outsider like myself, one notices the interwoven richness of identification associated with the individual’s geographic and linguistic specificities. ‘Present Standard’ collectively reflects the growing curiosity in the soporific and imagined symbols of national significance as depicted by the contemporary art world. 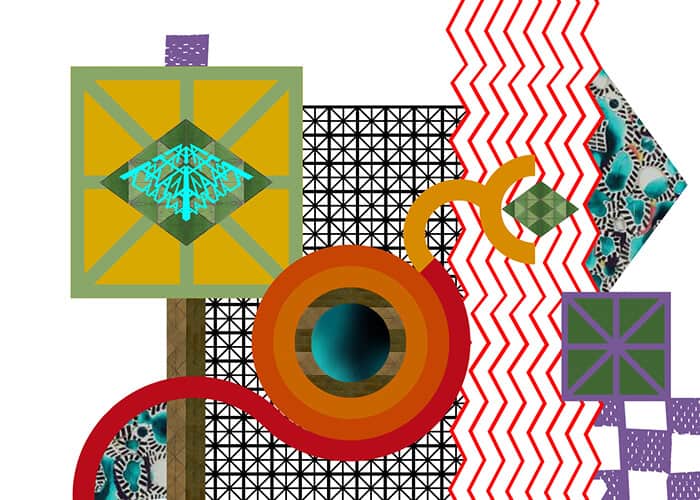 By analysing or becoming a conversant with each work on the show, one becomes mesmerised by the melodiousness of visual interpretations which foreground the cultural diversity and historical lineage that move from temporal to contemporary, performative and generally expanded approaches. The abundance of visuals and patterns presents questions of an artist’s style in relation to the others – making it worth the joy of engaging with any work that depicts geometrical citation in contrast with a style that has a formal artistic vocabulary, situating each individual artist within the current standard contemporary arts position.

Talking about art and science, South African writer and cultural theorist Tswagare Namane said, “Art is not science, although it can involve fact too. The thing is, it is not about precision and accuracy.” He made it clear that art can involve science in its precision and accuracy. In Juan Angel Chavez’s mixed media piece titled Out of Touch, for example, we see the art of bringing the generally discarded found objects from the street into the gallery space, challenging the norms made and accepted by the society. “The great artist is driven by the unsaid that demands to be said; it is this saying that becomes primary,” Namane observes. “In going about this, although making use of tools learnt from craft history and specifics of the genre, the artist makes his own rules. Thus, all art is approximation; it cannot be quantified and measured.” 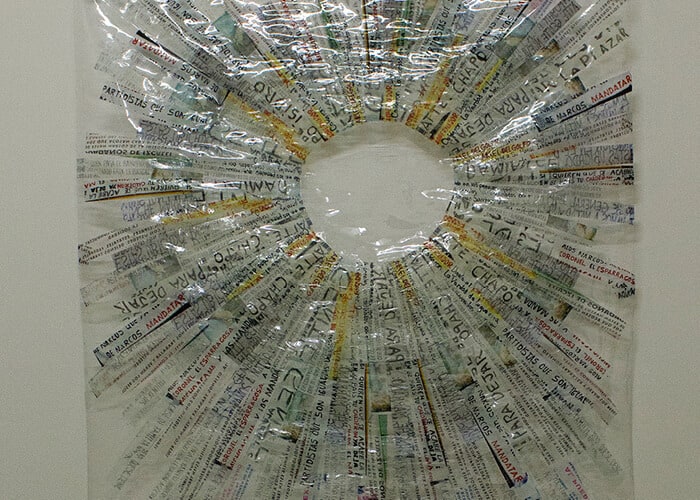 The exhibition interweaves an unusual tapestry of mediums to tell distinct and different narratives harmoniously. Alejandro Figueredo Diaz-Perera’s installation piece The Silence (…) Is Overrated, made from a 1926 Westinghouse fan motor, a broomstick, microphone and speaker,  draws from personal and collective memory of a person’s historical time. The outmoded soundwaves and the disjunction between the sound, the appliances and the image made in the mind of the individual engaged with the work, is where the narrative happens. As noted by Alison Fraunhar, Associate Professor at Xavier University in Chicago; “Diaz-Perera left Cuba for Chicago a year and half ago, and his homeland persists in his memory and his worldview as a vivid if ghostly afterimage. His work traces the spaces, physical and physic, where subjectivity and distress meet ideology and the nonexistence.”

Speaking about migration of people from one city to another reminds me of the first black South African-born professor of Wits University, Professor Es’kia Mphahlele, whose book titled The Wanderers was praised, by John Updike in The New Yorker as“an ambitious panoramic story of wandering exiles, black and white, from South Africa. The South African episodes are the most and affectionate; the polychromic peculiarities of this deplorable state, with its ‘coloured’ and Indian minorities as well as blacks, are rendered in a sharp sequence of vignettes and accents.” Mphahlele’s vigorous account of migration has a lively subject, much like the works from in ‘Present Standard.’ 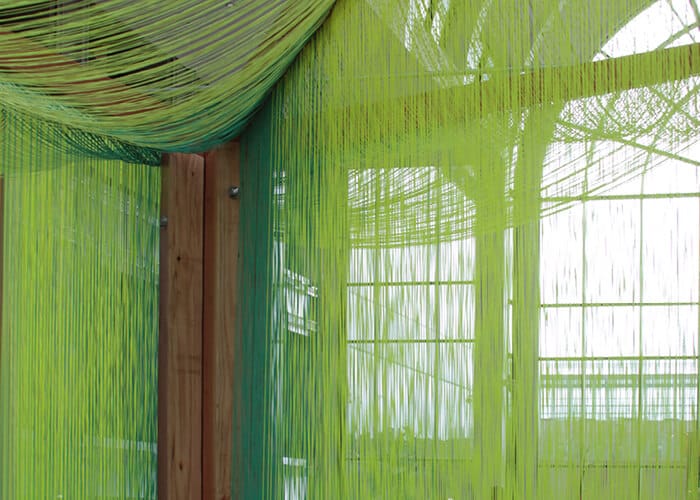 Nacomantas (Hanged Men II) by Ivan Lozano (made of vinyl, packing tape, ink and rope) is arguably one of the most interactive works in the exhibition, alongside that of Daina Gabriel, which comprises wood, staples and string. Both artists seem to draw inspiration from childhood memories and they have a perspicacity in reconstituting sentimental fragments of memory, allowing the viewer to playfully interact with the work. While Gabriel creates shelter-like spaces using green and yellow strings, which may loosely be regarded as constituting life and light, Lozano appropriates images from news media, “literally re-inscribing media by reformulating filmstrips into unique artworks,” according to Fraunhar.

‘Present Standard’ functions successfully as a platform for cross-generational Latino-born artists to showcase their work together. The artists have clearly made their individual marks, each presenting a teeming world of unique emblematic stature in mainstream contemporary art.

‘Present Standard’ ran from 30 January to 24 April 2016 at the Chicago Cultural Centre, Chicago.

Khehla Chepape Makgato is a Joburg-based independent artist and arts writer, contributing regularly to ART AFRICA, Ampersand Online and The Journalist online publications. He works at Assemblage Studios and is the founder of Samanthole Creative Projects & Workshop, a community-based art organisation focusing on arts and literacy youth programmes.