Every year, the ArtReview ‘Power 100’ list reveals the art world’s ongoing battle for supremacy, surveying those who the magazine deem the most important figures in contemporary art – and Cameroonian-born curator, Koyo Kouoh weighs in this year at No. 96. 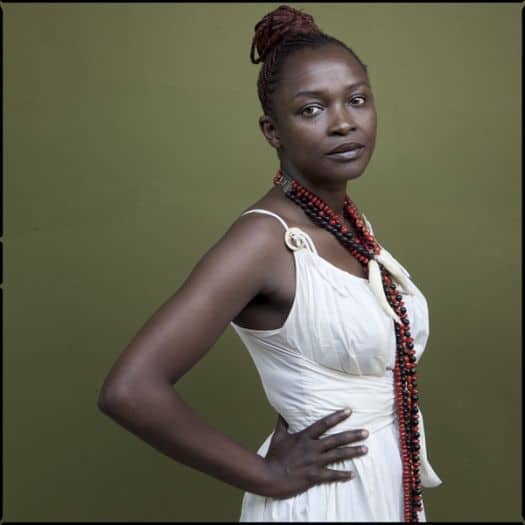 Cameroonian by birth and Senegalese by heart, Koyo Kouoh is an exhibition maker and cultural producer, and the founding artistic director of RAW MATERIAL COMPANY, a centre for art, knowledge and society in Dakar. She is also the curator of the education programme at 1:54, Contemporary African Art Fair in London.

The list, that Kouoh now holds a coveted position on, appears to have two opposing camps battling it out for number one. On the one hand, there are the usual crowd: huge globalised art dealerships catering to the international super-rich, individuals so spectacularly well-to-do that the global economic crisis has no effect. The continued expansion of such high-end galleries reflects the strength of the top end of the contemporary art market; bolstered by the desire among magnates and moguls to enter the burgeoning social elite that collecting art creates.

On the other hand, there are also those who represent a vision of art that is politically engaged, historically aware and socially inclusive. While it would appear that the latter is mostly under represented on the ‘Power 100’ − and even though the Global West continues to dominate the list as per usual − there has been a rise in the representation of candidates from Africa and South America.

Okwui Enwezor, a re-entry on the list at no. 24, Roselee Goldberg at no. 33 and Kouoh at no. 96 form the three African representatives on this list, and ARTsouthAFRICA certainly hopes that this number continues to grow!

Congratulations Koyo Kouoh! We look forward to our collaboration with you in the lead up to next year’s 1:54 Contemporary African Art Fair.