The Krugerrand, the somewhat limited South African coin with a rich history, is having its 50th birthday this year.

The coin, which traces back to 1967 has had a profound impact on South Africa both pre and post-apartheid. The coin itself is a name derived from Paul Kruger, a South African politician during the late 18th century, and the word “rand” which pays tribute directly to the currency of the country.

The Krugerrand played a large role in the global market and became the number one choice for gold investors worldwide. The coin itself is minted out of a gold alloy that is 91.67% pure and contains one troy ounce of gold. In addition to gold being the majority of the item, there is a slight amount of copper which makes up the rest of the properties of the coin.

The Krugerrand played a large role in the global market and became the number one choice for gold investors worldwide.

Due to the rarity of the Krugerrand coins, various counterfeit coins were made over time in many economically strong countries such as Britain, the United States, Canada, China and Australia. These coins while also being of high value never had the same lingering impact that the Krugerrand claimed. There have even been other South African mints that have tried to duplicate the coin, but as their versions are not legitimate they cannot be used as legal tender even if they are strikingly similar in size, composition and imagery.

The Krugerrand has dealt with a variety of flak since its conceptualisation, creation and production. Many people considered the coin to be a testament to the power of the old Apartheid regime and didn’t agree or take part in purchasing the investment, though many others saw it as a business opportunity and tried to get their hands on as many as they could. 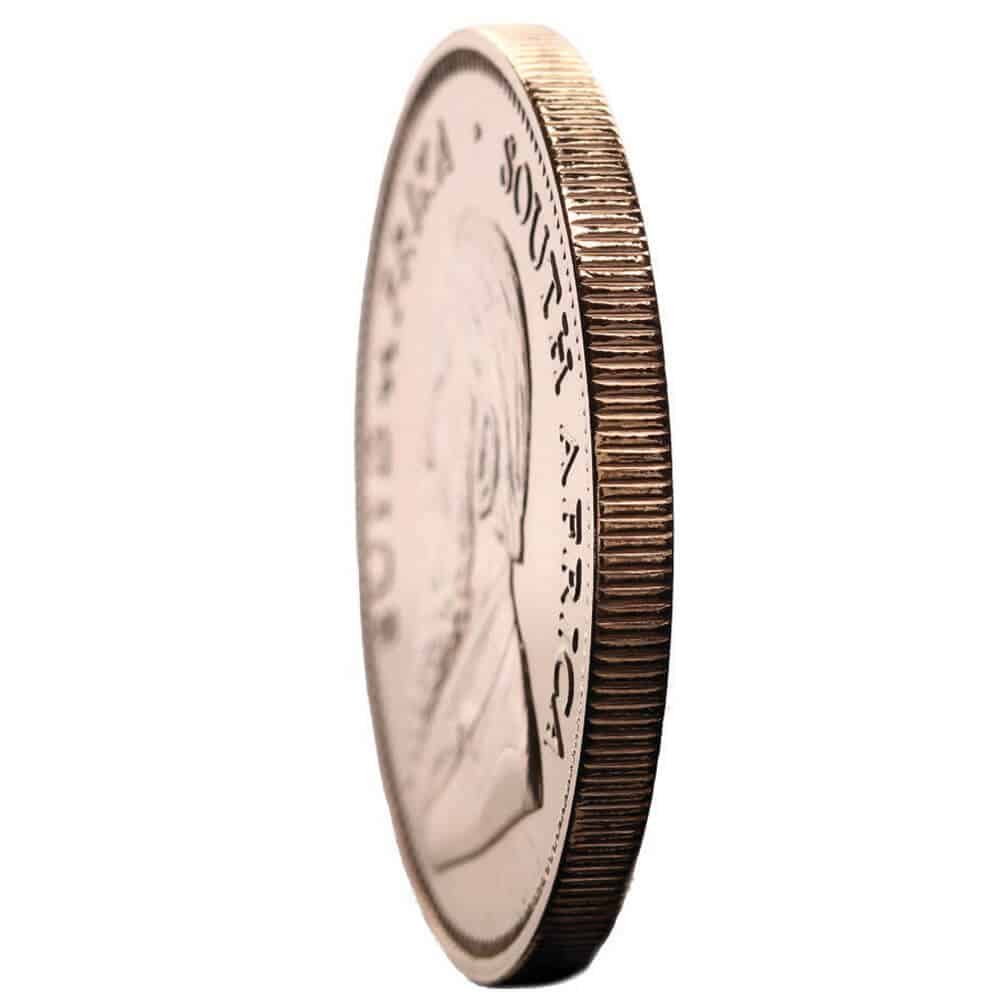 It was also at this time that international sanctions were placed on South Africa and as such, the Apartheid government indirectly caused the Krugerrand to start to become a collector’s item instead of solely being the golden investment it once was, now it had life, it had a novelty around it. It shook the gold economy and mining sector globally during it’s time under sanctions and many of those who were not living in South Africa could not get hold of one. It became the number one way for people around the global sphere to purchase gold and millions of coins found their way into the many countries of Europe and also the United States.

The coin has also gone through a varied production process, during some years, only a small amount of coins were produced – relative to the other years of production – while during the year of 1974 over six million coins were created and crafted for potential buyers – in addition the South African mint also produces proof Krugerrands which are more of a true collector’s item than the standard coin.

Not only gaining fame in an economical sense, the infamous coin has also been depicted heavily in pop culture, various films have used the coins as a currency in both fiction and non-fictional stories. It’s surprising to see that something as limited as the Krugerrand is shown in the same films albeit having a smaller role than the US dollar which is shown in most modern day films.

As the years go by the coin is ever increasing in value, while it might not be monetary value that happens to increase, the memento aspect most definitely increased yearly, more and more individuals are trying to get one of these invaluable history ridden coins.

At the present time, during the 50th year of the Krugerrand, the South African mint is producing a limited edition Premium set of uncirculated coins in Gold, platinum and silver. These coins will inevitably become collectors pieces.

Sean Streak is a writer on ART AFRICA‘s editorial team.