There is a predisposition in human nature to revel in the extremes. This tendency is particularly present in art made in historically suppressed populations. Artists mine the illusions of the past and the reckoning of the present with works that strike a powerful chord. Kings and Queens become ubiquitous, visions of Utopia and Dystopias, steeped in the influence of our primary cultures, vie for our ever-shifting attention.  Iconic artefacts are placed on a pedestal, unknowable, unreachable and as inaccessible as the looted artefacts and heirlooms that occupy many museums and collections in the Global North. The debate around the return of these objects to the Global South is time-worn, complex and tempestuous. Its intricate arguments touch on the most intimate aspects of ownership through wider questions of cultural heritage. The discussion around the return of these objects is accelerating at an unprecedented rate in part due to the controversial Sarr-Savoy report of 2018 and the growing movement to decolonize modes of thought within museums. With the theme, Rapid, Response, Restitution, this year’s LagosPhoto seeks to initiate a different kind of visual conversation around the question of restitution by turning attention inwards, into our homes and onto those everyday objects that are worth preserving. 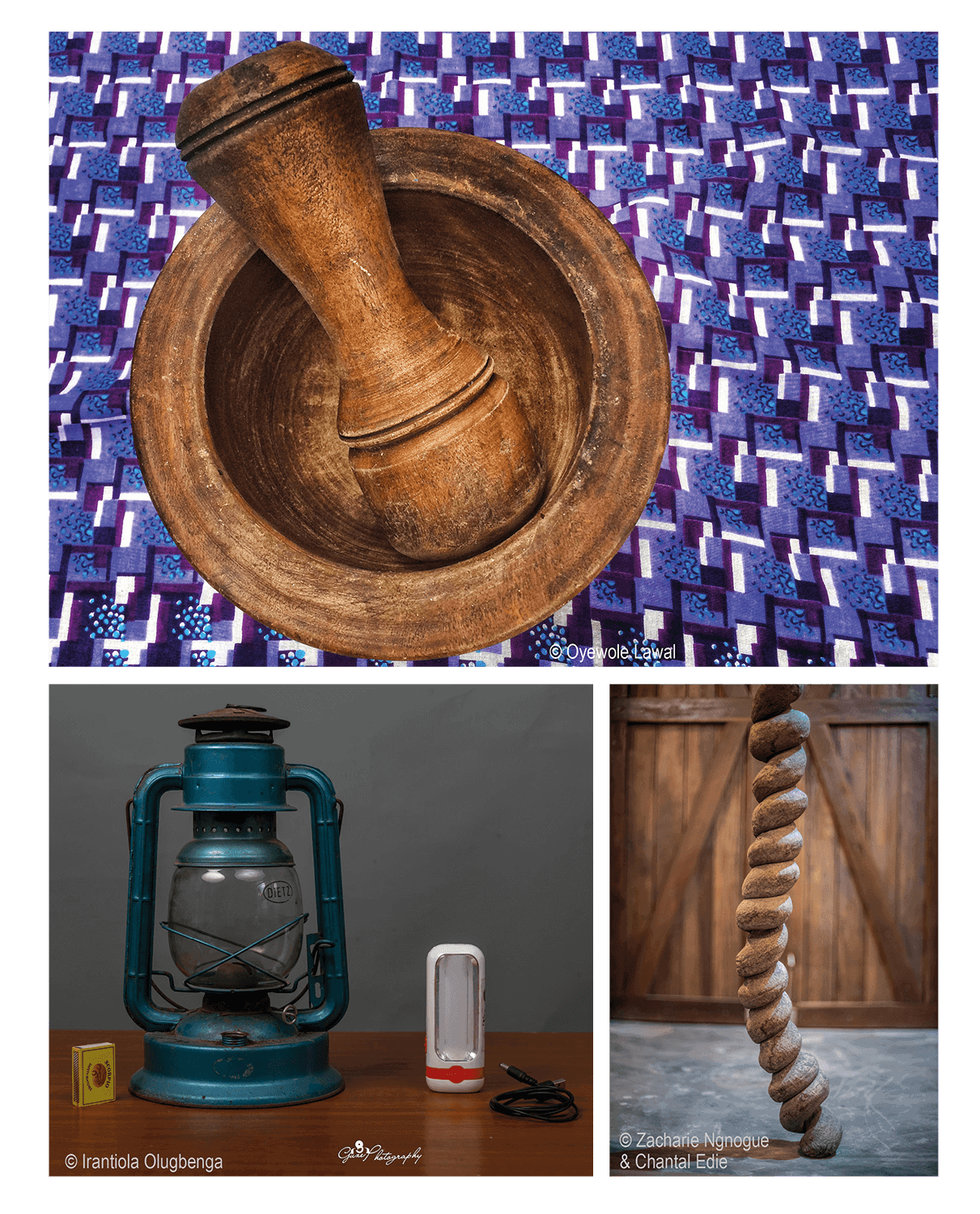 Restitution in this case simply implies the ‘return’ of looted artefacts to their original place of origin and authorship. A concept always associated with iconic African artefacts, stored and exhibited in museums in the Global North. Rapid Response Restitution focuses on new possibilities and technologies that can evolve from these iconic objects for the communal benefit of the original owners now and in near future. Thus, encouraging people, especially the younger generation, from diverse fields such as engineering, art, research, and architecture, to work together. Pending the return of the looted artefacts, Rapid Response Restitution seeks to encourage African perspectives on the ongoing discourse on restitution.

…we needed to take stock from within before the heirlooms are returned. Questions about what type of restitution we anticipate? When will it take place? and what do we do in the interim?

Home Museum grew out of a research visit by Azu Nwagbogu and African Artists’ Foundation and Dr Clémentine Deliss to several museums in southwest Nigeria early this year. The visit highlighted our vast heritage not only exhibited but stored away in museum depots all over the country, under lock and key. It highlighted the fact that we need to take stock from within before the heirlooms are returned. Questions about what type of restitution we anticipate, when will it take place, and what do we do in the interim became eminent. Some of these questions will never be answered but one can only hope. However, something can be done about our heirlooms here and now by taking stock of what we have towards recreating our common cultural and historical identity.

With Home Museum as a theme, the discussion on restitution kick-started. To this end, an open call was sent out in ten different languages that included Nigerian Pidgin and three major Nigerian languages. The focus on inclusive participation made the call literally open to everyone, irrespective of race, age, status, geographical location, or educational background. The idea of Home Museum became more realistic as the National Commission for Museum and Monuments (NCMM) became a collaborator of the initiative. As a result, Nigerian museums were involved through their choice of historical collections. The initiative also allowed for a democratic process to decolonising the museum space. 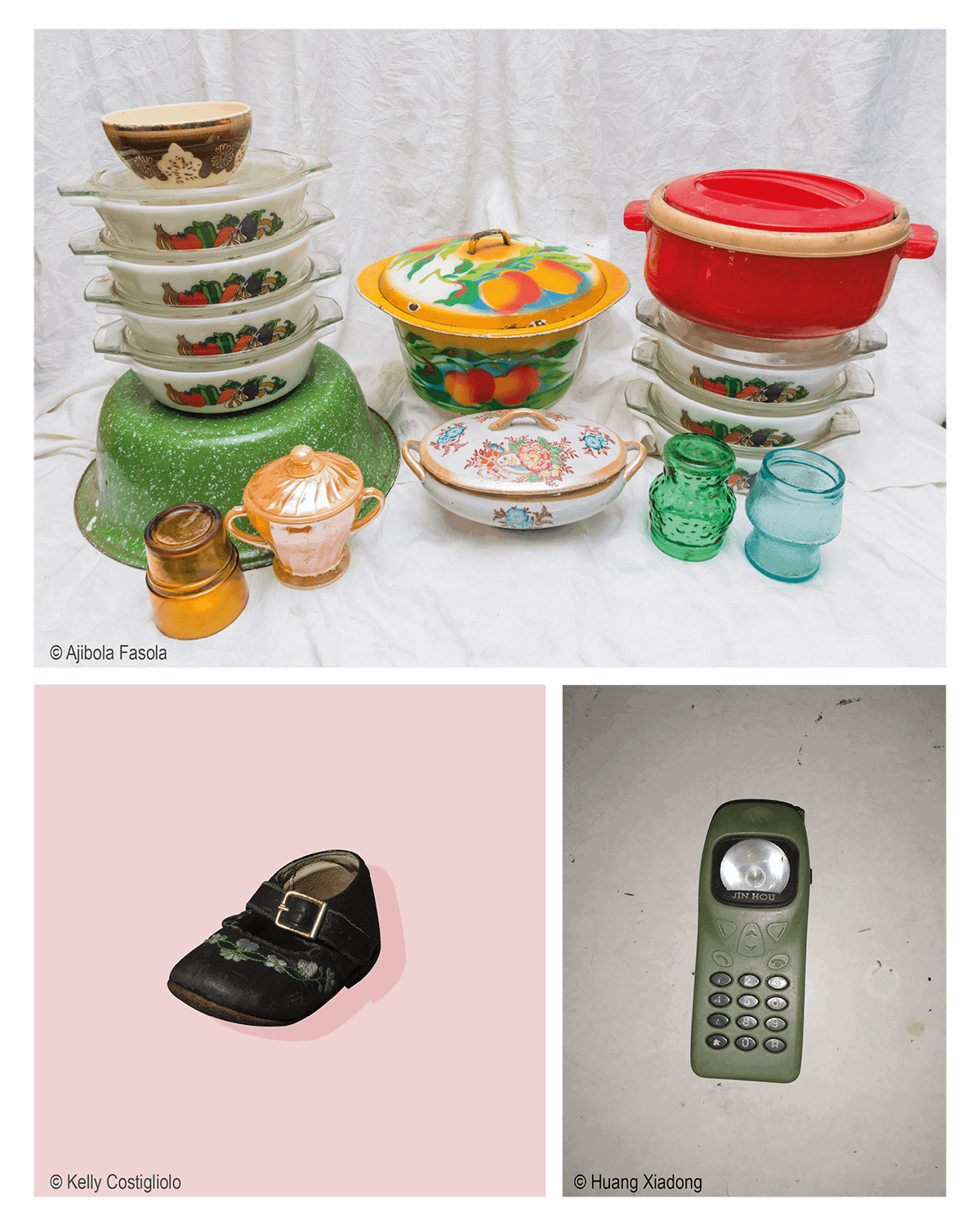 In response to the open call, participants sent in collections that can be juxtaposed to reflect stories of identity, culture, and memory. The participants from over fifty countries of the seven continents became immersed in the discussion of restitution through their assemblages. Although the idea of restitution is a buzzword within the institutions, Home Museum allowed for inclusive participation that included anyone who was interested.

The participants instantly became ‘co-creators’ and their collections further reflected the past and present. The COVID-19 pandemic situation of the world also became a focus of their collections. Escalating into a lockdown situation that allowed everyone to be confined within the bounds of their homes, encouraged the co-creators to take stock and look inward. Thus, turning the lens of restitution from the iconic to the self without necessarily changing the focus. From the significant to the not too significant, from ‘them’ to ‘us’ and finally to ‘me’. Restitution indeed started from the home. And through these collections, the co-creators understanding of the term ‘object of virtue’ was revealed.

Through ubiquitous tools such as mobile phones, Home Museum enacted a power shift from large institutions to the public, instantly making them curators as they decided on what to exhibit, it’s meaning and interpretation – an uncommon practice within museum institutions. Their meanings evolve over time as the context and prevailing situations change, transmuting an ordinary sewing needle into a touchstone to ancestry as it is passed down through several generations. A wristwatch becomes the symbol of the father that wore it, curtains that once adorned home oceans away become a link to childhood, a grandmother’s passport becomes a shadow of a different future. The Home Museum becomes the medium for exploring ideas of remembrance, isolation and legacy. 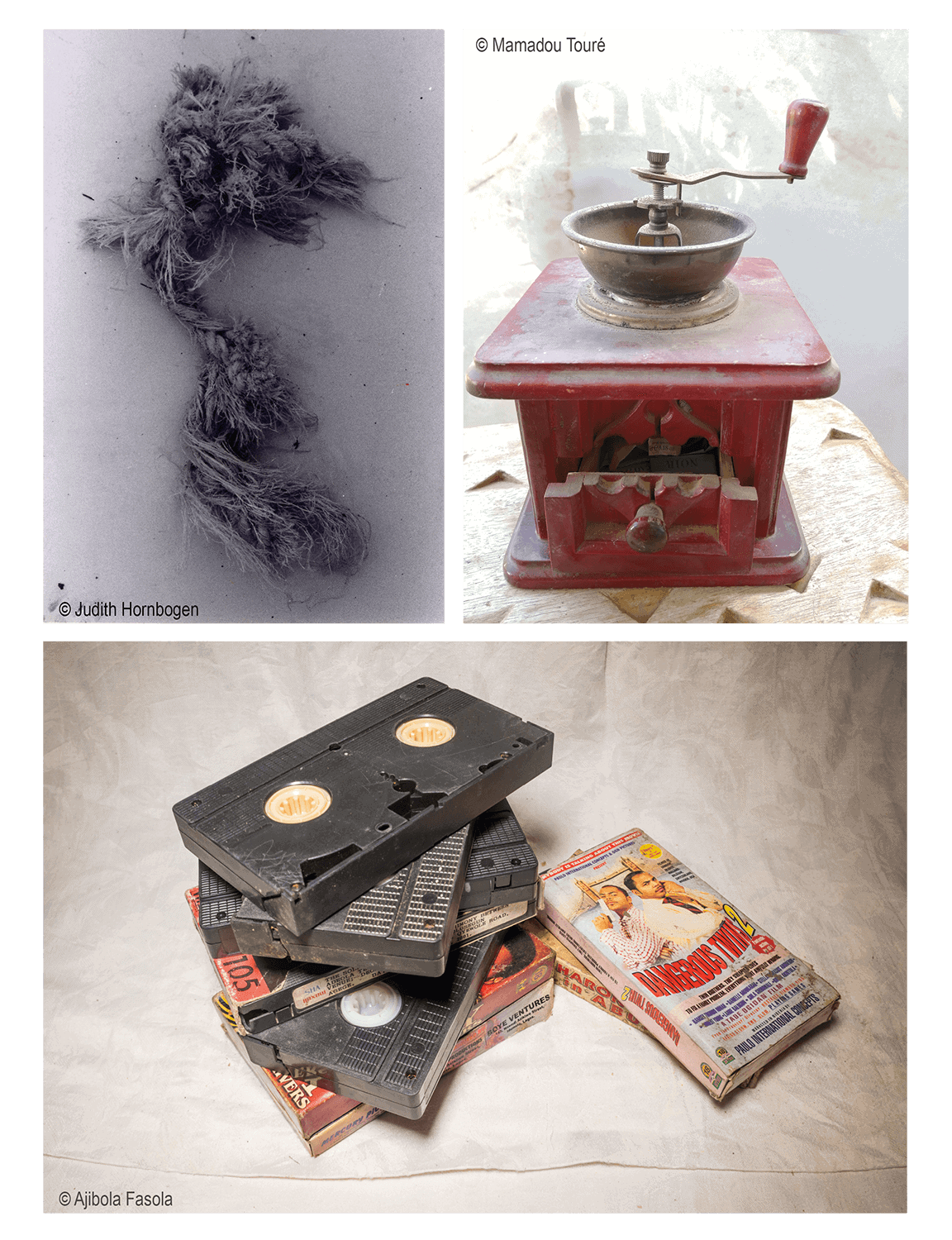 The virtual exhibition, which goes live on October 24th 2020, will be a different experience both in the context of museums showcases and digital exhibitions. So, expect to see a space where personal and collective stories are shared, where cultural histories are rekindled, where identity can be constructed, deconstructed and reconstructed. A space without limitation and with the potential to become a museum of the world since it is not just limited to Nigeria or Africa. Home Museum is not about the voice of the curators or about fitting items into an established taxonomy of value or ethnographic hierarchy. Alongside genuine inclusive participation on all levels, Home Museum is about the voice of the co-creators and by extension that of the audience. In this way, visitors are encouraged to interact with the different collections as they desire and to tell their own stories of identity and restitution.

Dr Oluwatoyin Z. Sogbesan has an MA in Architecture from Obafemi Awolowo University, an MA in Arts and Heritage Management from London Metropolitan University, and a PhD in Culture, Policy and Management from City University London. She specializes in cultural interpretation, representation and dissemination through various media such as the built environment, artefacts and art. Her current research is on the documentation and preservation of the tangible and intangible heritage of Oyo in Nigeria. She has worked on documenting Nigerian museums and assisting them in rewriting, representing and repositioning their collections online through inclusive participation. She teaches History of Architecture with a specific focus on traditional technology, systems and materials at Ajayi Crowther University Oyo, Nigeria.