Liberation is not Deliverance

Liberation is not deliverance – Victor Hugo’s spoiler is worth reviewing today. Are we designed to remain in chains? Is that why we accept the ‘soft’ norms and rules that keep us in check? Are we wired to embrace servility, our better selves compromised at every turn? For it seems that in this day and age – our age – so-called ‘liberation’, so-called ‘freedom’, is a chimerical dud.

Slavoj Žižek points to a ‘systemic violence’ built into systems, a violence infrastructural that is designed to keep us in check. This state oppression not only manifests itself directly, but through “more subtle forms of coercion that sustain relations of dominance and exploitation.”

What, then, are we to make of protest? Can it still work, or is it a belated and hapless attempt to right and insuperable wrong? The optimists amongst us would certainly contest this view – and so they should – for to assume oneself caught in a fatal and hopeless snare is to give up the ghost. 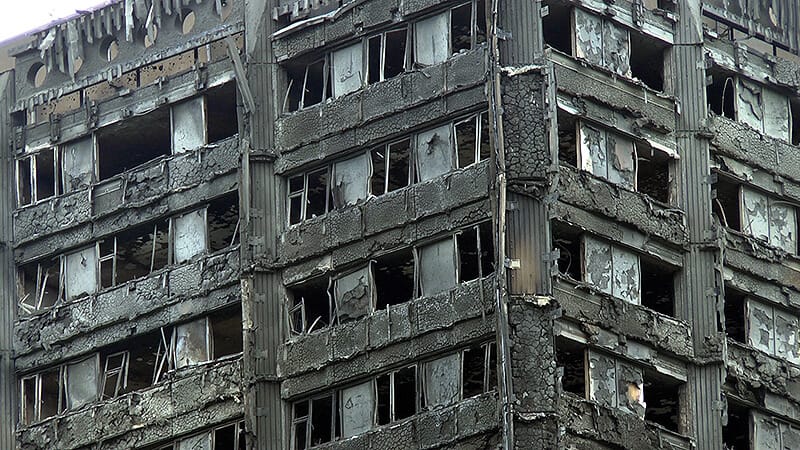 Part of Grenfell Tower, after the tragic fire, as seen from near Notting Hill Methodist Church, London. June 16, 2017. Image courtesy of ChiralJon, via Wikimedia Commons.

Mark Zuckerberg has come up with a manifesto which, he hopes, can build the world “we all want.” It’s the ‘we’ that bugs me, the collective ‘want’. While after Paul Gilroy I believe in a ‘planetary humanism’ I remain suspicious of any grand and ennobled human collective. Any attempt to achieve it – which was the reasoning behind the Enlightenment project – has come to nought.

One of the great architects of that project, Alexis De Tocqueville, noted that “To live in freedom one must grow used to a life full of agitation, change and danger” – which is where we find ourselves today. Steve Bantu Biko also recognised the problem built into freedom. “The revolutionary sees his task as liberation not only of the oppressed but also of the oppressor,” he noted. “Happiness can never truly exist in a state of tension” – which is why wellness eludes us, why feelings have been reduced to emoji, joy replaced by manic glee.

The tension built into our lives, the continued agitation, is the crux that shapes our fate. Liberation is just another ‘nothing burger’ – an indigestible and putrid thing, idea or action. Or is it? Is there still some way in which we can halt what seems inevitable?

Ken Loach, the director of I, Daniel Blake thinks so. Loach’s withering indictment of the British government’s ‘conscious cruelty’ is an indictment that is widely applicable. It is the violence built into systems of power which must be overcome. And it is with this realisation in mind that we must figure out the role of the artist and the art world. The Grenfell Tower inferno, which took the life of Khadija Saye and over one hundred other souls, some still nameless, typifies this systemic neglect and cruelty.

Contra Zuckerberg’s crazed fantasy that Facebook can become a new ‘church’, it is precisely the Church – the fetish of some divine sanctity and immunity – which we must thoroughly challenge. After all, is this not the very fantasy which still afflicts the art world – the vainglorious belief that art is immune and transcendent? 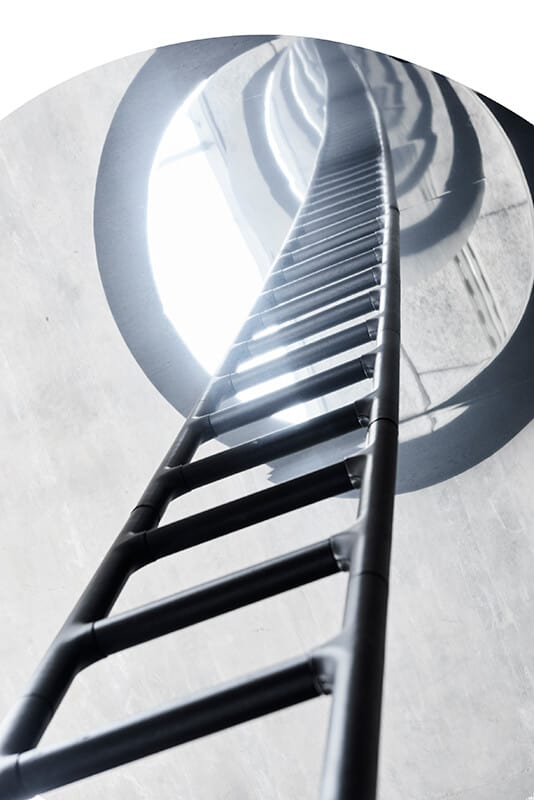 Ai Weiwei cuts to the chase. “My definition of art has always been the same,” he says. “It is about freedom of expression, a new way of communication. It is never about exhibiting in museums or about hanging it on the wall. Art should live in the heart of the people. Ordinary people should have the same ability to understand art as anybody else. I don’t think art is elite or mysterious. I don’t think anybody can separate art from politics. The intention to separate art from politics is itself a very political intention.”

However, while I share Ai Wewei’s democratic instinct, I don’t think we need to junk the existing spaces that embrace art. Rather, we need to reconfigure these spaces – wrench the stench of the church out of them. This is the spirit that drives A4, the Bag Factory, and The Centre for The Less Good Idea. This is the optimism that shapes Robin Rhode’s explorations in geometry and Beth Diane Armstrong’s morphing sculpted forms.

“Freeing yourself was one thing, claiming ownership of that freed self was another. “

As Kirsty Cockerill bracingly reminds us, we need to question the dangers implicit in what she calls ‘Radical Moralism’ – the self-aggrandising and alienating identity politics that plagues the entire world, amplifying hatred and violence.

This issue of ART AFRICA, therefore, looks at existing institutions and practices which are redefining the experience of art. How liberated are these sanctums? Are they exclusionary or inclusionary? Are they engineered to enslave a hapless unthinking populace, or are they breaking new ground? To what extent do they acknowledge the inextricability of politics and art? And, indeed, what politics, what art, do they foster? In this regard one need only consider the future of the newly-opened Zeitz MOCAA.

For if Pankaj Mishra is correct that ours is the Age of Anger, an age distinguished by “a widening abyss of race, class and education,” then how is this gaping maw to be bridged? With ‘love’, Wilhelm Reich might say; with an unwavering will to nourish all that is good in us. For if, after Mishra, any “search for rational explanations for the current disorder is doomed,” then how are we to secure any elusive ballast?

We do so by deepening our attachment to that which we value and cannot wholly understand. This is the impulse that drives Wolfgang Tillmans, an artist for whom the enigmatic nature of the human matters most. It is also this impulse which drives Robin Rhode, as sickened by scepticism as he is sickened by ascendant absolutisms; for whom the mysteries of geometry – a science and an art – offer a path through and beyond the abyss that engulfs us.

Echoing Victor Hugo, Toni Morrison notes in Beloved that “Freeing yourself was one thing, claiming ownership of that freed self was another.” There can be no deliverance without the ability to move beyond the pathological hold of the past – beyond the body in pain, beyond an unrequited rage. Which is why, in recognising a “bruised and bleeding” world, in seeing “political divisions” as “stark and lethal,” Morrison goes on to note in The Nation that while “it is important not to ignore … pain, it is also critical to refuse to succumb to its malevolence. Like failure, chaos contains information that can lead to knowledge – even wisdom. Like Art.”

Liberation is not some conventional political project. Politics comes in many forms, and the role of creativity therein is proving increasingly more vital. Given the bankruptcy of arbitration and the lethal acceleration of divisiveness, it behoves us to cherish the work of those who enable us to interpret otherwise. For the Rights of the Human are the inevitable casualties of this dangerously relative and starkly divisive world.

How then are we to sustain the belief in liberation in an increasingly illiberal time? Given the rise of fascism worldwide, the virus that is neo-liberalism, the systemic and organised cruelties which are redefining the State, how are we to forge ahead? Does a beneficent future exist? Or are we inconsolably caught in the grip of fatalism? 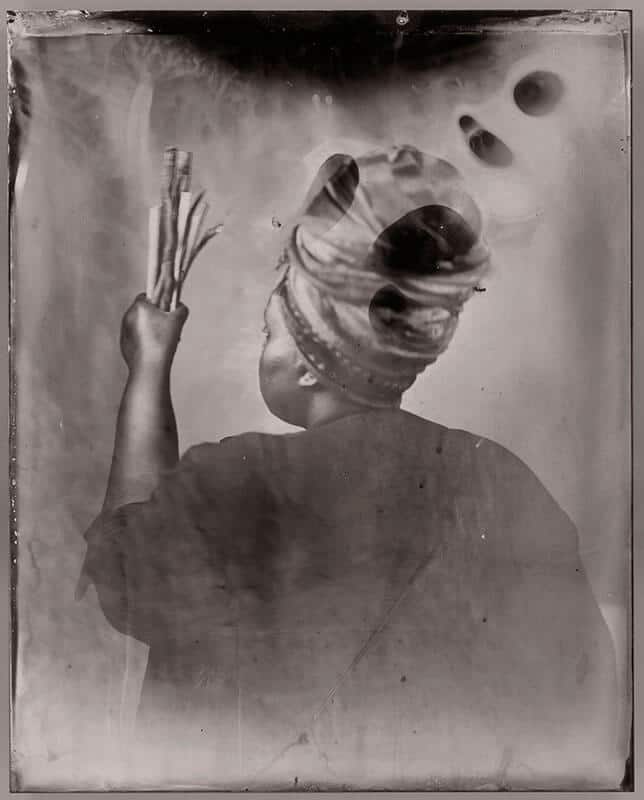 These concerns, and many others, lie at the core of this issue of ART AFRICA. It drives Ellen Agnew’s reflection on heteronormative bondage, Ekow Eshun’s reflection on race and racism, Mamela Nyamza and Robyn Denny’s vindication of the Rights of Women, 1000 Gestalten’s cry for freedom.

At every turn this issue embraces the promise that must sustain us. Liberation, we argue, is not a foregone failure. By examining breakaway movements, alternative realities, makeshift conversions of compromised conditions, we hold fast to the power of art to innovate, recreate, engender, and inspire goodness.

“I think one of the greatest challenges of the future is people disengaging with the political world, its like a cancer spreading around the world,” notes Wolfgang Tillmans. His retrospective at the Tate Modern is a bid to rewire the sadistic destructiveness consuming us. That politics has infected and corrupted the arts – with activism becoming the by-product and defining spin of what matters in a creative world – has led to a profound neglect of the more nurturing yearnings which make up the human fabric.

“The main point of engaging with art is to help us lead better lives – to access better versions of ourselves,” John Armstrong and Alain de Botton remind us in Art as Therapy. Against a toxic, alienating, bullish and bullying identity politics, against each and every organised cruelty, it is this greater spirit which art must avidly rekindle.

Ashraf Jamal is a writer, teacher and editor. His collected essays on Contemporary South African Art, In the World, is published by SKIRA.