In the early hours of April 14th 2013, 23-year old Nokuphila Kumalo was brutally beaten to death in the Woodstock suburb of Cape Town, South Africa. She was fatally assaulted outside the Tollgate Industrial Centre – repeatedly beaten, and then kicked – so severely that her liver was torn in half. 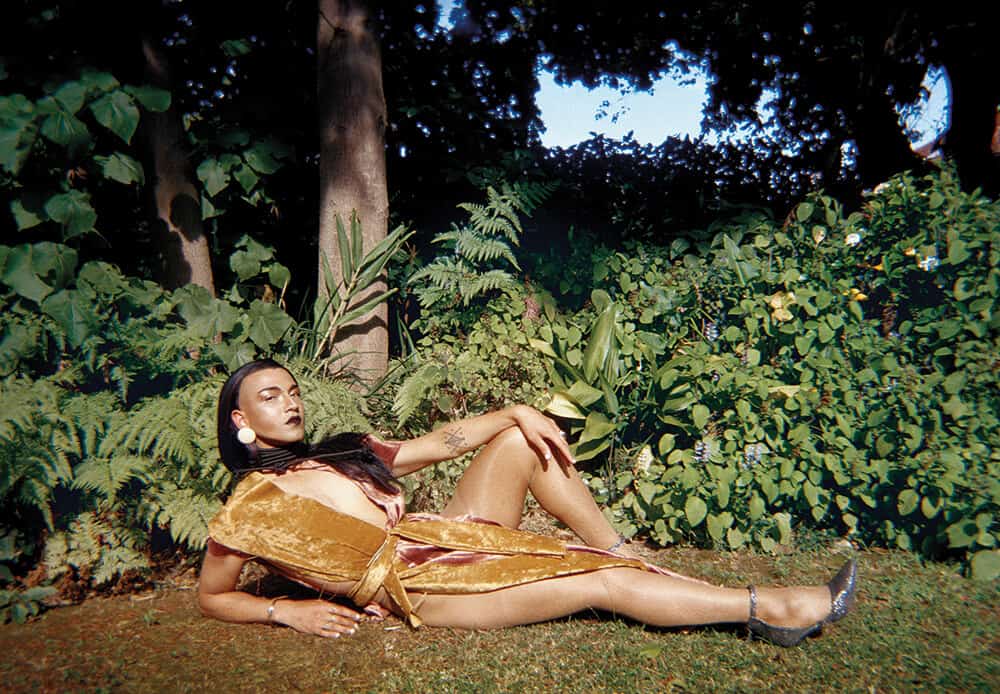 Barely a month after Nokuphila’s death, South African success-story and artist, Zwelethu Mthethwa, was arrested for her murder. Four years later, and he has been sentenced to eighteen years imprisonment. His complete and resounding silence surrounding the fateful night of Nokuphila’s death has begged one to ask – what possibly could have gone wrong to cause this man to kill?

Likened to artists such as Michelangelo Caravaggio, an Italian painter who was accused of murdering a man in 1606; and Carl Andre, American minimalist who successfully defended a murder charge in 1988 following the death of his wife, artist Ana Mendieta – Mthethwa fulfilled the artist’s tragedy of transgressing the limiting structure of the world, without there ever existing the possibility of escaping it.

Did Mthethwa suddenly lose his sense of weight and solidity of the body? Did he no longer feel bound, or limited? Was he suspended from everything existing, and was it this freedom that caused him to kill? Could he no longer endure such ‘freedom’?

Or was he just consumed by the age-old and ever-increasing need for a man to feel masculine?

Nokuphila’s murder came barely months after the rape, disembowelment and murder of teenager Anene Booysen, and the fatal shooting of Reeva Steenkamp by her Paralympian and Olympian boyfriend, Oscar Pistorius.

Whilst we may never know what caused Mthethwa to snap, we do know that these cases made up only three of the 500 female murders that occurred in South Africa in 2013 – a slight insight into the country’s aptitude for gendered violence and its interconnections with masculinity and the expressions thereof.

According to a study highlighting expressions of masculinity in South Africa, and published in the British Journal of Criminology, central elements of masculinity include “the ability to be providers for their homes and having the ‘right’ woman partner – one who respected and submitted to them, displaying a readiness to defend their honour.”

If women were not subservient, and did not submit to this role – whether the transgression was real or imagined – they were raped or murdered as a result. The study showed “killing as an ultimate means of taking back control in a context where gendered relationships legitimise men’s use of violence to assert power and control.”

However, whilst the immense gender violence may be unique to South Africa, the crisis of masculinity is not.

In an article published in 1843, Emily Brobow writes that due to society prizing the attributes of men – competence, strength, virility and stoicism – and underestimating the qualities associated with women – warmth, tenderness and compassion – we have made it clear that there are far more incentives for women to act masculine than there are for men to act feminine.

In other words, when men adopt jobs and behaviours associated with women, they usually experience a loss in their social status as men. To be a man is at once so valuable and so precarious that they are constantly under threat to prove their masculinity – men are still dealing with an extraordinary pressure to be a man. Whilst the feminine mystique has receded, the masculine mystique has not.

Arguably, it was this pressure that made Mthethwa snap, pummeling Kumalo to her death – and remarkably, the pressure continued throughout his trial. Clinical psychologist Martin Yodaiken and social worker Anne Cawood claimed that “if Mthethwa was sent to prison, he would be unable to support family members, and would not be able to contribute to society.”

This need for men to feel like ‘a man’ is one that has seen the oppression of women’s bodies in almost every way possible – control over reproductive rights, domestic violence, maternity leave, equal pay, sexual harassment, and sexual violence – to name a few. It would seem, that for the liberation of females and femme bodies, there first needs to be a liberation of men from the crippling grasp of masculinity.

Artist, writer, and transvestite, Grayson Perry, suggests in his recent book The Descent of Man that for many men, “being a man involves behaving in ways that have all too real consequences – at its most basic, masculinity seems to be a need for dominance, and the oldest way of asserting it is by force.”

for the liberation of females and femme bodies, there first needs to be a liberation of men from the crippling grasp of masculinity. 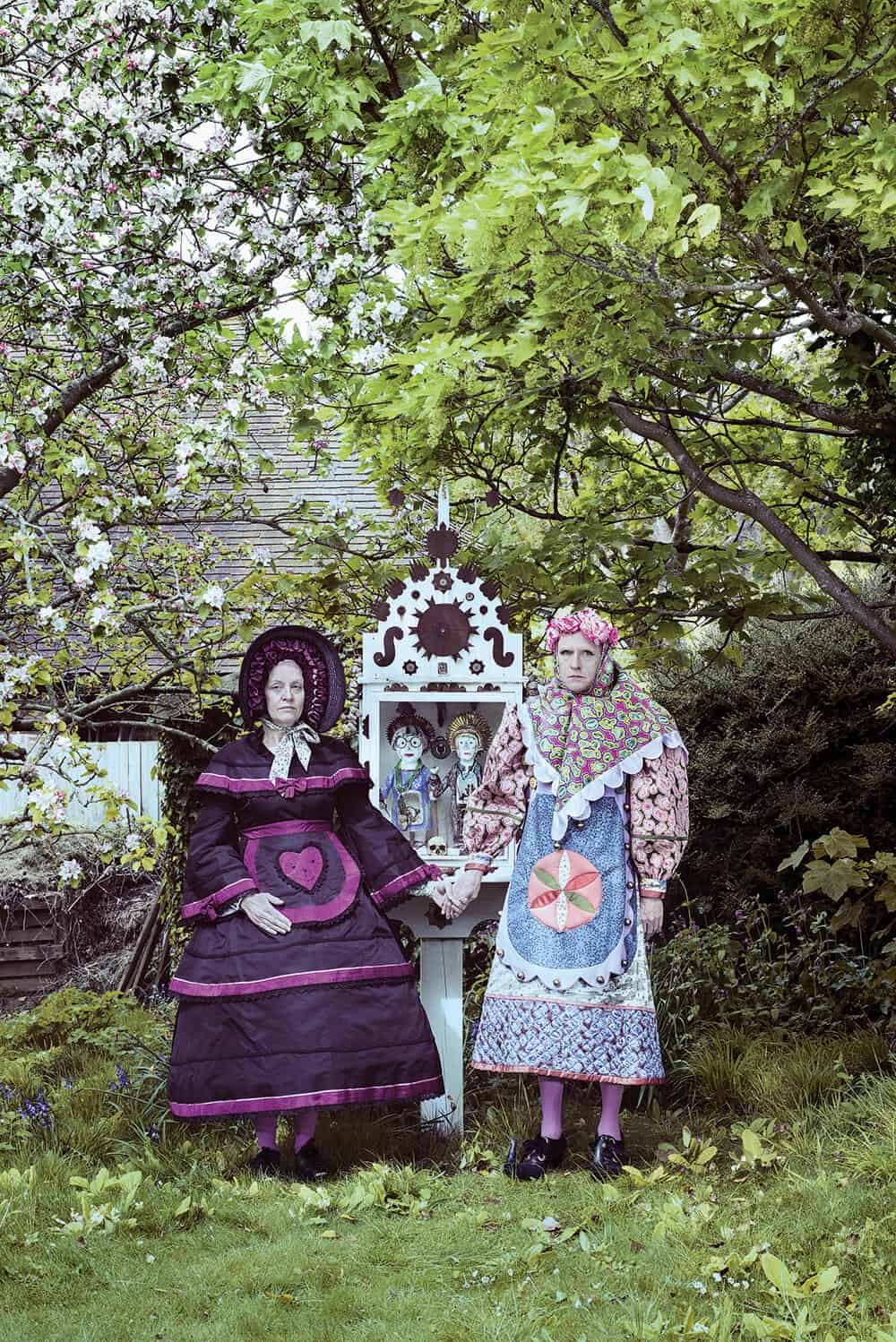 Interrogating the notion that men are victims of a drive to perform gender, Perry highlights gender as performance, and claims that men are performing for an invisible force – that of the ‘Department of Masculinity’. He asks what it is that men are afraid of, and why they “play the man so extremely, whether with muscles or knowledge or wit.”

It would seem that although men claim to be sporting muscles, shiny cars and fancy suits in attempt at impressing their female counterparts and expressing their male dominance, the “only validation a man craves for his masculinity is from those who really understand what he has achieved: other men.”

However, Perry also claims that “if we want to transform what men can be, maybe central to their performance will be a costume change.”

Central to Jody Brand’s work, and specifically her recent exhibition ‘You Can’t Keep A Good Woman Down’, is exactly this idea of a costume change – through reconfiguring visual cues of domination. Brand photographed her friends in a series that advances the visibility of the ‘colonized body’ – those who identify as “pro-black, pro-hoe and pro-femme.”

In an article written for the landmark exhibition ‘Black Womanhood: Images, Icons and Ideologies of the African Body’, Ayo Abietou Coly writes that “these women gaze back at their spectators and actively deploy their bodies to achieve higher ends – among such ends are the destabalisation of hegemonic distribution and arrangement of space.” Whilst this may not have been written directly about Brand’s work, her photographs certainly embody the destabalisation of hegemonic distribution.

Moffie in Irma’s Garden sees Queezy – a genderfluid artist by the name of Quaid Heneke – disrupting homogenous tropes of victimhood and trauma that surround the lives of femme individuals. Queezy poses in Irma Stern’s garden, gazing back at the camera – at once reclamatory, uplifting and glamorous – establishing Perry’s notion of performance and costume change as a way of transforming masculinity.

The notion of a costume change is also evident in the work and life of gender-neutral artist, Dean Hutton. Born from the ashes of a woman called Nadine, Dean threw out the script from their previous life, and cast a new performer – Dean. Their work explores how media – and especially social media – have empowered the liminal voice, allowing them to self-reflect in public and enable everyone else “who is living out there too.”

Dean considers their work as a “confession of their vulnerability, and their acceptance of it,” perhaps exactly what Perry means when he urges men to sit down for their rights – “the right to be vulnerable, and the right not to be ashamed of it.” Dean’s very outlook on making art is one that seeks to bridge the gaps between artist, subject and the audiences’ relationship to both artist and subject – something that Mthethwa failed in his lived execution.

However, what is haunting about Mthethwa’s photographs is that they, too, provide a platform for his female subjects to be liberated from the male gaze. In both his series, ‘Brick Workers’ and ‘Hope Chests’, Mthethwa lends a dignity to the female body, simultaneously subverting the global notion that men should be, and are, the sole providers and protectors of the family.

Ironically, however – and remarkably so in these series – is the disjuncture between the framing of his subjects and the way he conducted himself on the night of Nokuphila’s murder. Whilst his work sought to reframe the portrayal of female subjects, he clearly did not. Had Mthethwa met Nokuphila as artist and subject – or had he bridged the gap between artist, subject and audience – perhaps her fate would have turned out differently.

However, whilst most exhibitions and artworks seeking to empower female and femme bodies are doing so successfully – perhaps it is the imagery of men and the understanding of masculinity that we should be looking at more closely. Feminism has always been regarded as a forward-thinking movement, and for women to take-up their ‘expanding roles’ roles in society there is a need for them to ‘adapt’. Masculinity has never been confronted with this notion, however.

If we take up a positive discrimination against masculinity, then we force change towards a gender-equal society – in other words, the male role will have to adapt in order to fit in. According to Perry, this “emergent masculinity may be one that prizes tolerance, flexibility, plurality and emotional literacy in the same way that strength, certainty and stoicism have been celebrated in the past. Give boys a finishing line and maybe they will race to cross it.” Let’s hope that they do, if only for the liberation of man.

Ellen Agnew is a staff writer for ART AFRICA. 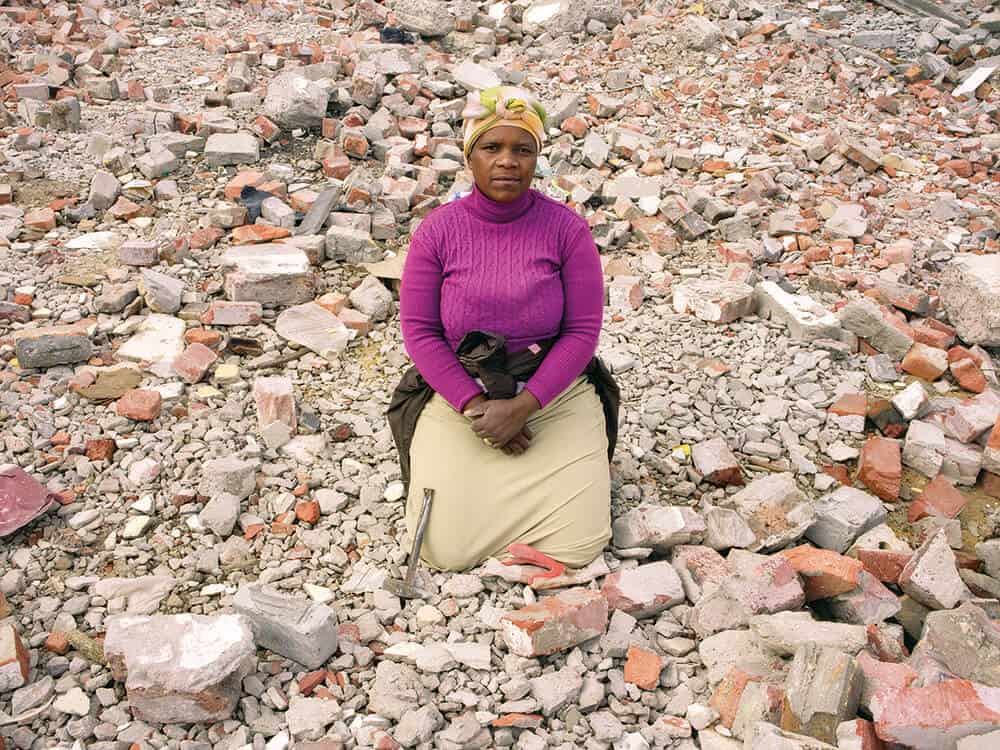