MORPHOUS, a double-headed bronze sculpture by South African artist Lionel Smit, will be installed in Union Square, New York from June 13, 2016 through April 30, 2017. Brought together in collaboration with Cynthia Reeves, NYC Parks, the Union Square Partnership, and Art Miami / Art New York, this will be the artist’s first public art installation in the United States, and will be complemented by an exhibition of his work at Cynthia-Reeves Gallery venue from July-August 2016. 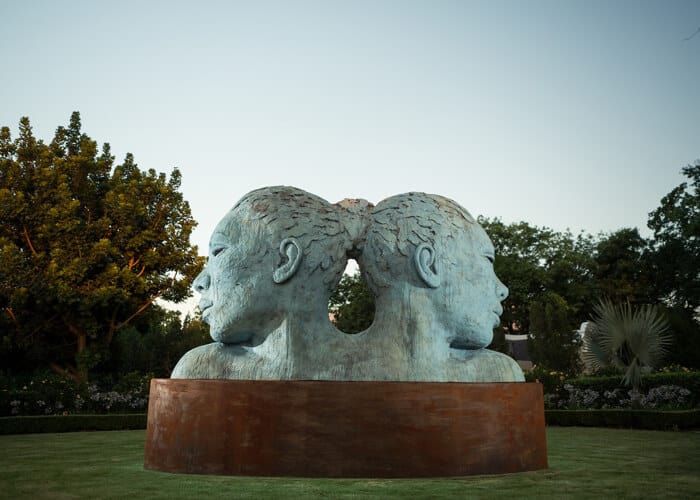 Lionel Smit was born in 1982 in Pretoria, South Africa, where he was exposed to art through his father, renowned sculptor Anton Smit, who worked from his studio adjacent to the family home. As a young South African artist, Smit’s work reflects his on-going fascination and respect for the indigenous peoples of his country, notably the Cape Malayan peoples for whom MORPHOUS draws its inspiration. Made using traditional wax processes, Smit’s bronze sculptures offer us an entry point into the variety and richness that lies beneath every face — a layered and complex task that Smit undertakes with great sensitivity.

MORPHOUS was first exhibited at Circa Gallery in Johannesburg, 2014. The title of the work — a reference to form, and ultimately, the passage of time — is indicative of the artists attention to process, not only through the application of his practice but the country’s psycho-social evolution. For Smit, the Cape Malay woman epitomises hybrid identity within a South African context, and reflects the disintegrating construction of identity within our increasingly globalised world. “[The sculpture is] a mirrored image of a Cape Malay woman,” explained Smit in an interview with Cape Talk. “There are various ideas and concepts that have weaved into the work and it has evolved… Once I made the sculpture of these double heads, one looking in one looking out, the concept started changing.” 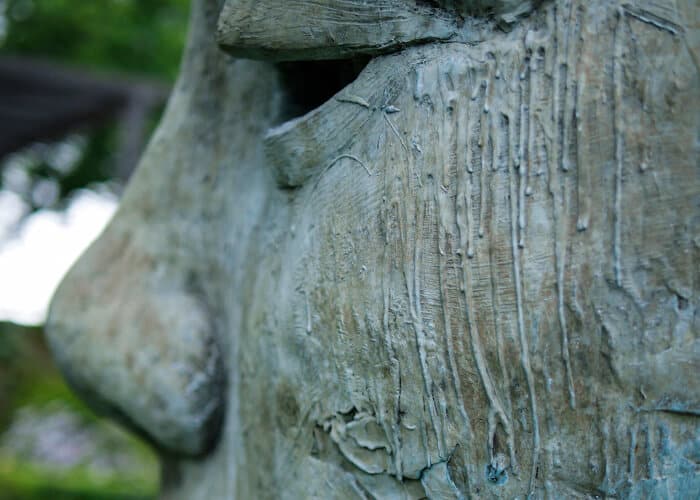 Close up of Morphous at Delaire Graff Wine Estate, Stellenbosch.

Here Smit relates the story of the Janus head, a Roman mythological figure who, according to some, was the custodian of the universe, the god of all beginnings and ends. Also referred to as the gatekeeper, Janus was depicted with two heads, and presided over every entrance and departure. “The one face looks into the future and the other one looks into the past,” said Smit. “I thought that was something that is quite interesting for us as South Africans; how we’ve evolved from a colonial point of view, where we have come from, and how we’ve merged into being a completely different cultural people today.” 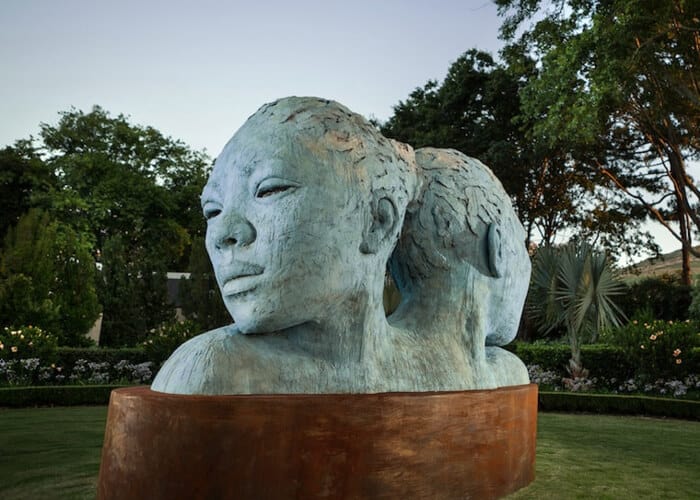 In this way, MORPHOUS, evokes a question of time, of past and future, and the balancing point at which South Africa finds itself currently. This ‘double-vision’ is a foretelling, and an acknowledgement of what has already passed, a societal commentary without judgement. “It is such an honour to welcome renowned sculptor Lionel Smit’s first public art installation in the United States to Union Square during our 40th anniversary celebration year,” said Jennifer Falk, the executive director of the Union Square Partnership. “As we reflect on four decades of creating partnerships and serving the area, we appreciate just how far Union Square has come and how our past has shaped this neighbourhood’s bright future. Lionel Smit’s inspiring piece is sure to captivate the hundreds of thousands who visit the Union Square every day.”