Today the world celebrates the 94th birthday of Nelson Mandela, South African former president, struggle hero and role model of millions. It’s not only in politics and humanitarian efforts that Madiba has left his indelible mark, but also in art. Aside from being an artist of some merit himself, some of the world’s greatest artists have put their hands to tributes to our Madiba. We’re not talking giant bronzes in shopping malls, but serious, gobsmacking, history-making art. To celebrate this special day Art South Africa shares a selection of some of the most memorable Madiba art moments. 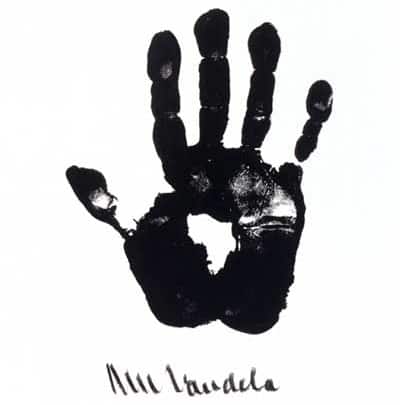 Above: Madiba gives British artist a run for his money with this strongly graphic work in which the artist’s handprint encloses a negative space in the shape of Africa. 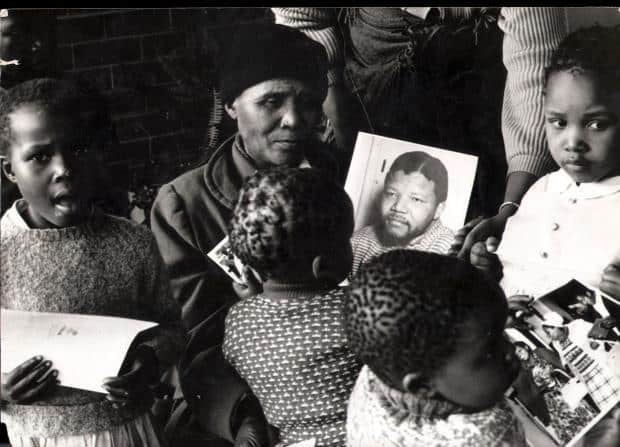 Above: Alf Kumalo, a friend and long-time photographer of Madiba, took this photograph shortly after Nelson Mandela was jailed. It depicts his mother showing a photograph of her son to group of children and sympathisers.

Above: This is the Madiba we all want to remember, brave, thoughtful and dignified. David Goldblatt took this photograph in 1994, shortly after South Africa’s first democratic elections.

Welcome to the 21st Century, courtesy of HUO