Yesterday was an important day for artistic practice in South Africa and the rest of the continent, or at least it could be. Crowded into the newly renovated Greatmore Studios in Cape Town, a congregation of artists, writers, gallerists, curators, educators and facilitators sat down to an aptly titled panel discussion, ‘Making Space.’ 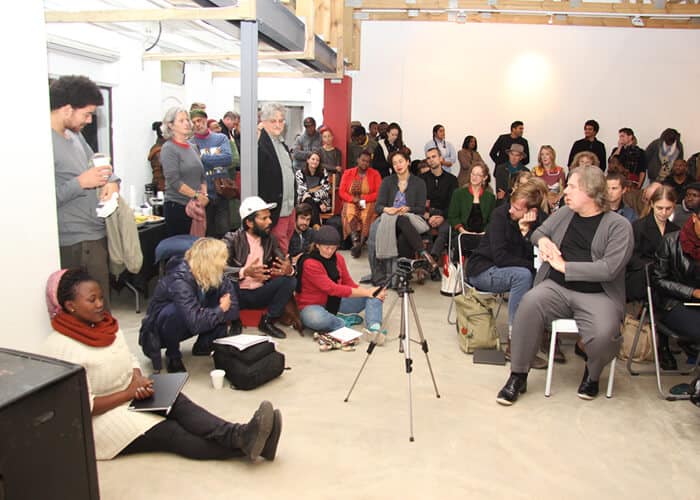 Organised by Thupelo, convened by Pamela Dlungwana, and moderated by the prolific curator, academic, and writer Thembinkosi Goniwe, ‘Making Space’ sought to raise questions about the responsibility that arts administrators have in creating and sustaining spaces that allow artists to develop their vocabulary, whilst granting them access to markets and networks.

The need for such spaces in South Africa (and globally) has always existed. An ad-lib example would be the formation of the Rorke’s Drift Art and Crafts School in 1963, one of the only places in South Africa that Black artists could study and practice art during the apartheid period. Another is the Thupelo Workshop movement, for whom we owe the pleasure of this discussion.

Thupelo is the brainchild of Bill Ainslie and David Koloane. Their first workshop was held at Hunter’s retreat in 1985, just two years after Koloane attended a Triangle International Artists Workshop in New York. “When I first left the country in 1983 I went to a workshop called the Triangle International Artists Workshop in upstate New York, and whilst there I met some artists from London,” he told ART AFRICA. “I was going to study in London after the workshop experience. These artists invited me to come and work with them in their studios… The fact that they hardly knew me, but warmly welcomed me; it made me feel the generosity of artists, and I felt it was important to initiate the same type of thing in South Africa.”

Now thirty years since this initial connection, Koloane’s efforts to establish such a space back home have proved a valuable and essential feature in the country’s artistic landscape. The connections that have been developed since Thupelo’s formulative years were evidenced by the scope of voices present during the panel discussion, one of which included Alun Williams from the very same Triangle network in New York. Since their inception in 1982, this grassroots network of artists and practitioners has spread to nearly thirty different countries worldwide. Their success is largely due to the organisations loosely defined philosophy of collaboration, through which ideas are exchanged to serve contextual relevance back home. “It’s not like Starbucks, that looks the same everywhere,” said Williams, “It’s more about how the idea of exchange can work at a local level.” 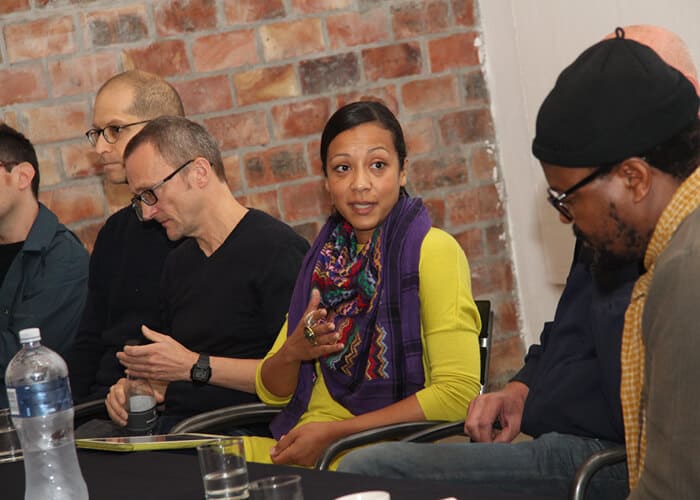 This sentiment formed one of the major threads throughout the panel discussion, and was shared by all of the other organisational representatives present; including Alessio Antoniolli (Gasworks, London), Joost Bosland (Stevenson, Cape Town), Josh Ginsburg (A4 & Atlantic House, Cape Town), Dana Whabira (Njelele Art Station, Harare), and Jonathan Garnham (Blank Projects, Cape Town).

Another major point of discussion was the interface between non-profit residency spaces and the commercial sector. How do these platforms manage to sustain a healthy, experimental atmosphere within the confines of commercial insecurity? On the one hand, there is the fear that commercial incentive ends up inhibiting the creative process, and that anything that is going to be of any real cultural value will get lost if the only objective for artists is to find a niche within the market. On the other hand, there is a certain degree of liberation that is afforded to artists who have found financial success. “Sometimes we talk about commercial as a dirty word,” said Jonathan Garnham, “but artists are making a living from it.”

The next point to come out of the discussion was “which artists?” How do these spaces navigate the fine line between inclusion and exclusion. Who gets to attend these workshops? What room is there for people working in mediums that would otherwise be considered craft, and what type of access do these people have to the market? 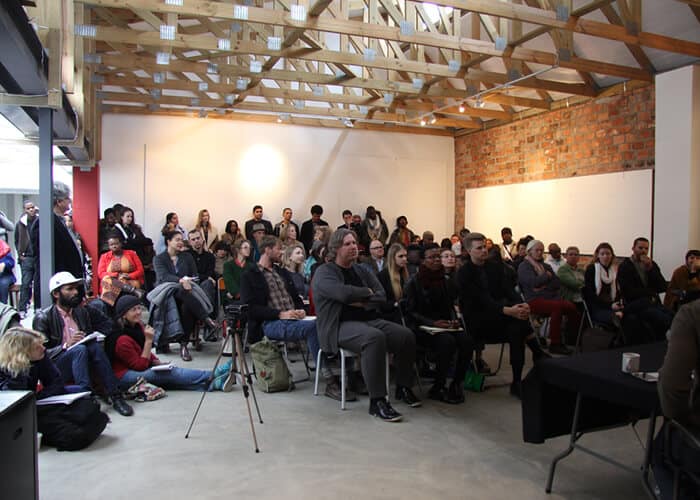 “If you’re going to be the person who sets up the space, then you’re automatically going to be the person making the decisions,” opted Alessio Antoniolli, the director of Gasworks, London. Antoniolli’s point was that by definition, spaces will inevitably exclude. They’re spaces, and spaces have boundaries. Antoniolli proffered that people be more proactive in their approach, citing Burning Museum and iQhiya as two examples of collectives that have managed to ‘make space.’

“The art market in SA is very complex in that it is all about control, rather than a shared responsibility or a shared activity within the market…” said Koloane. “We are all waiting for somebody from Europe to come and open a gallery in Soweto. And I think those things have to change with time. We can’t always be going cap in hand to white institutions.”