‘Making and Unmaking:’ Allie Biswas In Conversation with Duro Olowu 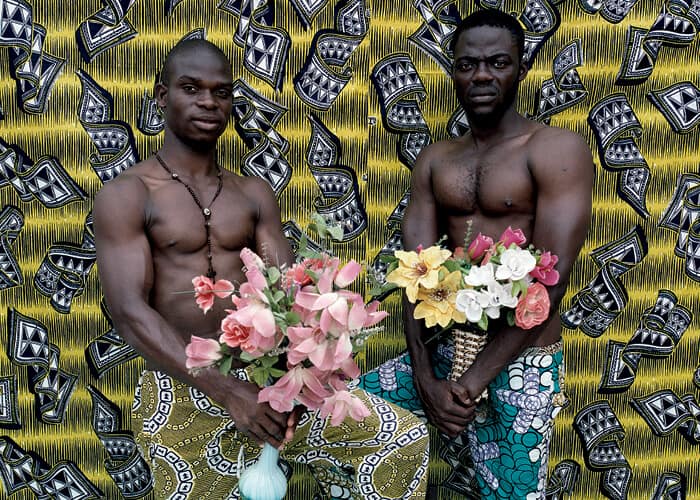 As someone whose job it is to make clothes, Duro Olowu’s investment in fabric is not exactly unexpected. The London-based fashion designer, who started his line in the city just over ten years ago, is acclaimed for his billowing silk and jacquard garments that articulate his attraction to all manner of prints, from polka dots and roses, to Toile de Jouy and paisley.

The matter of pattern and textiles forms the foundation of ‘Making & Unmaking,’ an exhibition curated by Olowu at the Camden Arts Centre in London, that brings together over fifty international artists working across multiple disciplines. Whilst conveying the designer’s long-standing affinity for cloth, in its various incarnations, as well as the reference points for his own designs, the show is specifically focused on unraveling the significance of woven and printed materials for the artists on display. “The working relationships that artists have with things outside of their known mediums has always been of great interest to me,” explains Olowu. “When researching this, many things came to the fore – in particular, their love of textiles and also pattern.” The ways in which this interest reveals itself in the work is, as the designer suggests, both “fascinating and complicated.” In Cordes Sauvages/Hidden Blue (2014) by Sheila Hicks, the artist has coiled together cotton, wool, linen and silk to create a cluster of tentacle-like forms that disclose weightiness and malleability. Wangechi Mutu’s Panties in a Bunch (2015) is composed of crimson-red cotton that has been scrunched up into uneven balls and attached to what looks like a vertical, white tree branch. Similarly, Compulsory Figures (1996) by Polly Apfelbaum, which consists of multicoloured synthetic velvet squares laid out across the floor, highlights the tangibility of the material. Noticeably, the gure occupies a prominent place in the show, arising in works by Lynette Yiadom-Boakye, Nobukho Nqaba, Malick Sidibé and Leonce Raphael Agbodjelou. But, as Olowu points out, “only in very few cases is the reference literal, or involves working directly with textiles.” 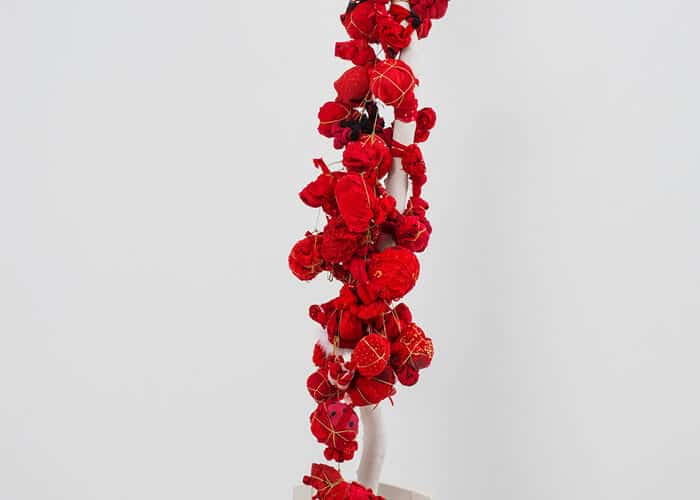 Other than featuring works by contemporary artists, the exhibition presents rare antique textiles and costumes made by the Yoruba people in Nigeria, as well as the Bushoong community from what is now the Democratic Republic of the Congo. These objects assert just how powerful textiles are in reflecting the unique culture from which they arise, encompassing the personal, social and religious. “Many of the artists have a deep curiosity about the geographical origins, usage and legacies associated with these antique and contemporary cloths,” acknowledges Olowu. “Whether through trade or as displays of wealth and status, these textiles somewhat mirror the artworks they are exhibited alongside, in terms of ideas relating to technique and also in relation to the highly individual ‘touch,’ or style, consciously or subconsciously woven into the visual aesthetic of each work by the artisans.” As well as these, Olowu has acquired seldom-seen tapestries by the gifted modernist artist Anni Albers. The designer believes that “the fluidity of the textures, motifs and appliqués of these materials, as well as their timelessness, will guide the eye of the visitor.”

‘Making & Unmaking’ is Olowu’s third curatorial enterprise. Salon 94 in New York unveiled his previous projects, both of which provoked the designer to reflect on his wide-ranging inspirations. Candidly titled ‘Material’ (2012) and ‘More Material’ (2014), Olowu found the process of organising these group shows exhilarating. “I included contemporary art with textiles, furniture and jewellery. My idea was to show commonality of purpose and aesthetic strength in these very varied works that would normally not be placed together in a gallery.” 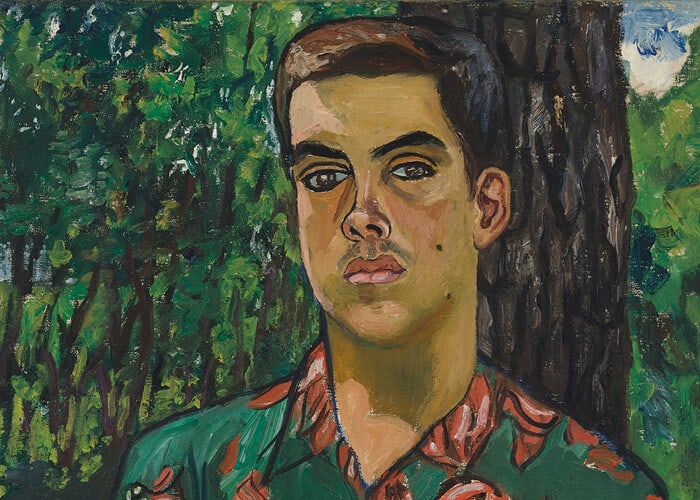 Olowu’s curatorial work granted him exposure under a different guise, as well as praise from those in the field, but it was a talk that the designer gave with Glenn Ligon at Tate Modern in 2014 that brought about the opportunity to work with Camden Arts Centre. “Jenni Lomax, the Centre’s director, attended. It was the first talk I had done of that nature and I was keen to introduce another side to this renowned artist, who has actually created new work for ‘Making & Unmaking.’ My questions explored Glenn’s impressive body of work, but also his keen interest in things not normally associated with his paintings, such as his love for the Quilts of Gee’s Bend and our shared passion for antique West African woven textiles.” Olowu believes that he was approached because Lomax felt that “the themes and observations from the talk applied to several practices in contemporary art, and these would be appreciated by the Centre’s audience.” 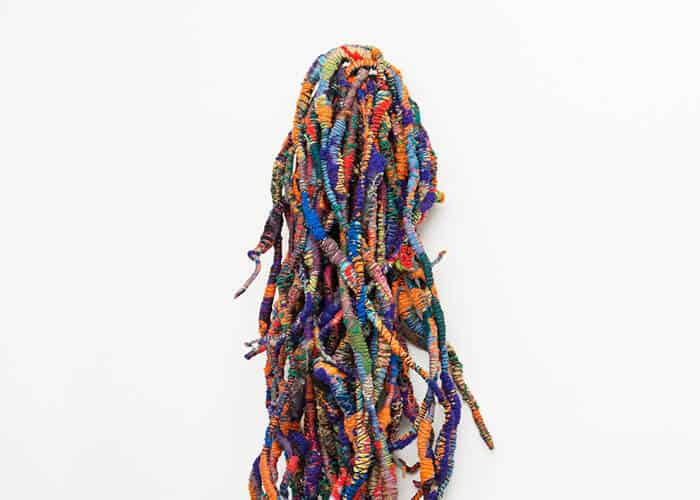 Olowu’s initiative forms part of the artist- curated exhibition series at Camden Arts Centre, which has positioned artists at the core of the institution since inaugurating their programme in the 1960s. He is notably the first fashion designer to have been invited to participate. Considering his curatorial role in comparison to his primary occupation, Olowu remarks that making clothes is less restrictive and owning a label allows the freedom to choose “what I design, how it’s made and how it’s shown.” Becoming the caretaker of an artist’s work, however, is what propels Olowu. “It is a huge responsibility,” he proclaims, “yet it is immensely inspiring and rewarding.”

Allie Biswas is a writer and editor. She is based in London and New York.