In 1960, Mali gained its independence, but photographer Malick Sidibé (1936-2016) maintained that music was the real revolution of the era. Across the capital of Bamako, young men and women went out of their way to energetically and radically redefine themselves by embracing world youth culture, especially rock ‘n roll music, fashion and more liberal attitudes. In an interview with The Guardian in 2010, Sidibé explained, “We were entering a new era, and people wanted to dance. Music freed us.” At this time, Sidibé emerged as the ‘eye of Bamako,’ capturing the youthful exuberance of his compatriots on his Kodak Brownie (crucially equipped with a flash) as they danced up close to each other, wore bell bottom trousers, rode motorbikes or posed with their Jimi Hendrix records. In so doing, Sidibé produced images of an Africa that hitherto did not ‘exist’ in the eyes of the west. 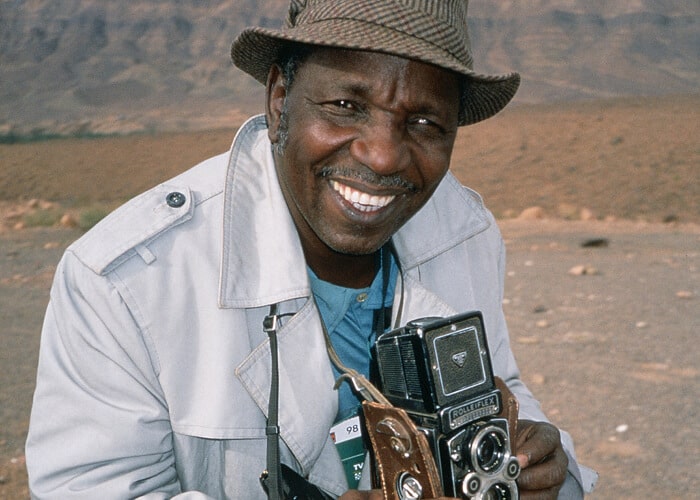 Initially Sidibé apprenticed with the French society photographer, Gérard Guillat, before striking out on his own, moving away from the big colonial balls and official dinners and turning his gaze instead to the postcolonial Malian people. While also taking on jobs like weddings and christenings, he would bounce from party to party across the capital every weekend, taking hundreds of stills and developing them late into the night for his subjects to view and purchase directly. Taking inspiration from international photographers like Andy Warhol and Richard Avedon, Sidibé framed his subjects like musicians and rock ‘n roll stars in magazines and on album covers, and his subjects were overjoyed to see themselves so groovily framed in classic black and white. Allegedly, some of his more eccentric subjects would totally re-invent themselves with new, outlandish outfits and hairdos weekly to get his attention. 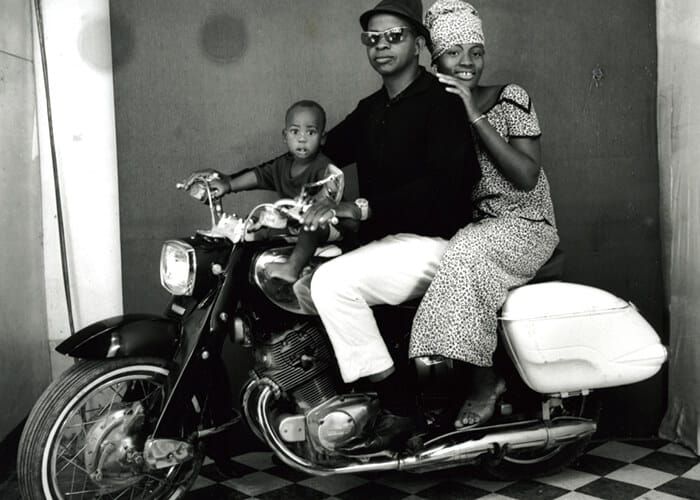 In 1962, he opened Studio Malick in the vibrant neighbourhood of Bagadadji in Bamako. From the 1970s, he focused primarily on studio portraiture that continued to highlight the spirit of modernity in Mali at the time. His subjects would bring their most prized possessions to be photographed with for posterity, from motorcycles, guitars and records to livestock, always adopting fashionable clothes, accessories, hairstyles and poses coordinated by Sidibé to best capture their individual personalities. His photographs so perfectly captured his subject’s likenesses that Sidibé often remarked that they would even wear perfume so that viewers of the photographs would be able to smell them – an extra layer to the ‘realness’ of their portraits. 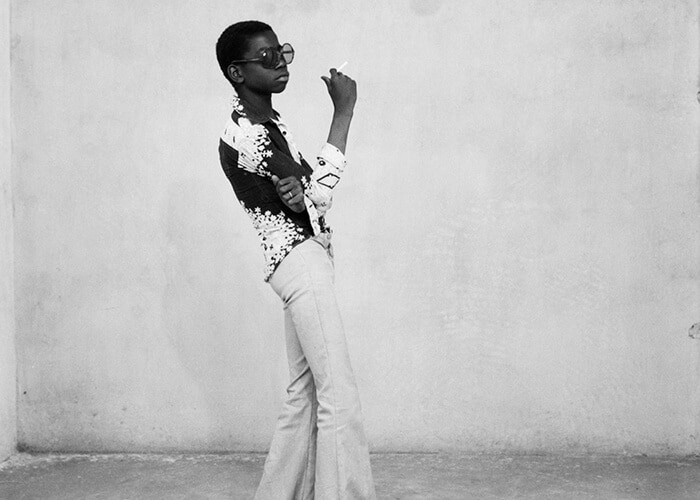 Most often seated outside his studio, drinking tea with his neighbours, Sidibé’s workspace became a popular pilgrimage spot for photography lovers from across the globe. Despite his popularity, his photographs were never intended for privileged people and cost less than 25c (US) for a print. He is even said to have given negatives away to first time visitors from as far away as Zurich and New York – a testament to his legendary joie de vivre.

Over the years the word spread, leading to prestigious collaborations and a host of international awards. In 2009, he shot a fashion shoot in Studio Malick for the New York Times, alongside Fashion Editor Andreas Kokkino. In 2007, Sidibé was given the Golden Lion Award for Lifetime Achievement at the Venice Biennale, becoming the first photographer and first African to win. He also received the ICP Infinity Award for Lifetime Achievement in 2008 and the Hasselblad Foundation International Award in Photography in 2003. 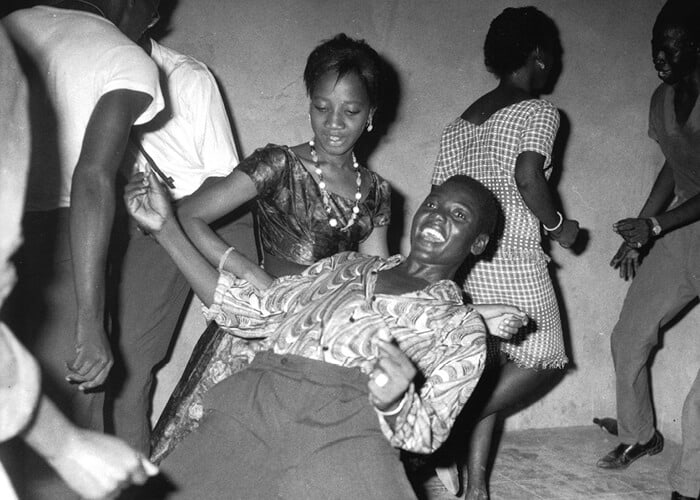 Today, Sidibé’s musical inspiration has come full circle and his unique style has been referenced by musicians in fashion shoots, on album covers and in music videos, like Janet Jackson’s Got ’til It’s Gone (1997) and Malian singer Inna Modja’s Tombouctou (2015) that was filmed in his iconic studio. Tombouctou is a defiant battle cry, denouncing ongoing terrorist violence in northern Mali – a contemporary tribute to the power and beauty of Malian youth.

His last solo show closes on the 23rd of April at Jack Shainman Gallery in New York City. The exhibition focused primarily on Sidibé’s lesser known works and his recent series ‘Vue de dos,’ highlighting the beauty and sensuality of women’s bare backs and shoulders – a taboo subject matter in Mali that is a predominantly Muslim country.

Sidibé died on the 14th of April 2016 due to complications caused by diabetes. Mali’s culture minister N’Diaye Ramatoulaye Diallo said in an interview with The Guardian, “It’s a great loss for Mali. He was part of our cultural heritage. The whole of Mali is in mourning.”