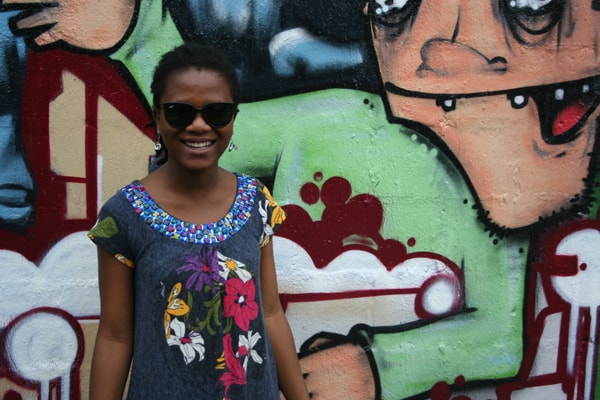 Nontobeko Ntombela may be short in stature, but she sure makes up for it in curatorial vigour. A curator with a discerning and curious eye, Ntombela produces exhibitions that question and challenge prescribed histories, structures and positions. She wants to find ways, through curating, to foster dialogues and awareness of social and political concerns in South Africa. Ntombela is perhaps best known for her stint as guest curator for MTN New Contemporaries in 2010, and more recently, A Fragile Archive, now showing at the Johannesburg Art Gallery (JAG). Other notable exhibitions include From Here to There (2007), Modern Fabrics (2008) and Layers (2011).

Hailing from Durban, Ntombela holds a Fine Arts degree from the Durban University of Technology (DUT), where she majored in printmaking. After graduating in 2001, she participated in a six-month residency programme in Scotland as part of the organising team of the Kirkcudbright International Arts Festival. She has worked for a number of organisations – Artists for Human Rights Trust, Young People for Change, Amafa Heritage in KwaZuluNatal and the BAT Centre. She has always been preoccupied with spaces that are “looking for transformation”. Working with organisations advocating social change and the development of arts has informed her curatorial position and concerns.

Ntombela worked as an artist, a project manager, an administrator and a workshop facilitator before fully dedicating herself to curating. Having struggled with the decision to continue practicing art while curating, she took the advice of curator Khwezi Gule to “praise one God”. So in 2003 when Nise Malange was looking for a curator at the BAT Centre, Ntombela grabbed the opportunity. At the Centre she worked as curator of the Menzi Mchunu Gallery and facilitated workshops and programmes for artists and for technikon students. Then in 2006 Ntombela was appointed curator at DUT and had the opportunity to work with their collection.

While Durban provided the space and opportunity for Ntombela to develop her skills and experience at her own pace, she began looking further afield for change and intellectual stimulation. She left Durban to pursue a Master’s degree at the University of the Witwatersrand, where, as part of her research, she curated A Fragile Archive. The exhibition centres on the artworks of Gladys Mgudlandlu although also features black female South African artists such as Mmakgabo Helen Sebidi and Bongi Dhlomo-Mautloa. A Fragile Archive restages Mgudlandlu’s first solo exhibition, which took place in 1961. Ntombela questions the ways in which the history (of South African art) is constructed and understood through exhibitions. Her undertaking is both an interrogation and a reconstruction of art history that undermines conventional curatorial approaches dependent on formulaic exhibitions. Ntombela’s approach is experimental and conceptual, and seeks to create new meanings within the collection.

Ntombela was recently appointed Curator of the Contemporary Art Collection at the JAG, succeeding Khwezi Gule. The shortage of qualified black curators in South Africa has brought with it numerous heated debates, some of which have led to training opportunities for young black curators. Ntombela believes that national institutions such as JAG, the Durban Art Gallery and Iziko South African National Gallery in Cape Town need to invest in sustained programmes that train and mentor young curators as the next generation in the field. Ntombela is concerned about the limited number of institutions and curatorial positions in South Africa. The lack of employment opportunities comes at a time when the field of curating is expanding, with academic institutions introducing courses on and establishing centres for curating.

Despite these challenges, Ntombela is optimistic and believes in the possibilities for the development of curating in South Africa. Her optimism speaks to the hope embodied by new institutions such as the Wits Art Museum in Braamfontein, adding to the opportunities offered by commercial galleries. Young curators could do innovative work in these institutions, particularly devising curatorial approaches and projects that rethink art, culture, heritage and history. A move away from conventional curating, as Ntombela attempts with A Fragile Archive, could be an interesting way of rewriting history, constructing biographical narratives of neglected black artists and cultural producers in South Africa.

Bhavisha Panchia is a Research Associate in the University of Johannesburg’s Research Centre Visual Identities in Art and Design.