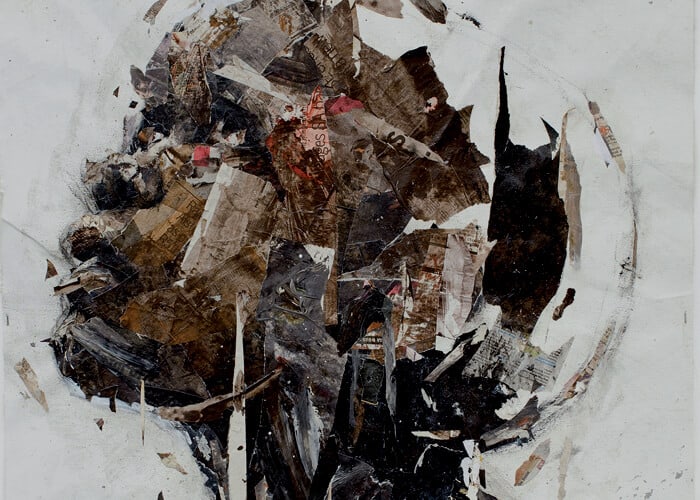 Considering that the face has become a signature feature of his work, it’s a surprise that Benon Lutaaya had never dealt with the human form until after he left university. Previously, it was landscapes that preoccupied the artist, something that, his native Uganda – with its spectacular mountain ranges, deep freshwater lake, magnificent sunsets and forests teeming with gorillas – must have availed regularly.

“The reason I didn’t do it was because I was afraid,” Lutaaya explains, regarding the omission of the human form in his work. “It’s not an easy subject to deal with… but after analysing what’s going in the world, and to confront my fears, I realised that with portraiture I could do more about myself and people in similar life circumstances than with any other subject matter,” says the artist in his studio at Bag Factory in Johannesburg – his lair, shrine and home since he relocated from Uganda in 2011.

“I am not afraid to deal with it [now], my present challenge… is how to keep improving how I put out my story because the subject remains the same,” Lutaaya explains. “My challenge is technical, rather than conceptual.”  His conundrum lies in how to always tell the same story, but do it differently each time, warding off the criticism of monotony that clings to artists who obsessively work with a single subject matter.  If one doesn’t take care, or if one is just lazy simply doesn’t want to digress from a template that seems to work, an artist can easily stagnate. This observation is especially relevant for Lutaaya whose works seem to have become a hit amongst some collectors. When he arrived a few years ago, his work sold for a few thousand; last year, one of his works, The Portrait, sold for more than R100 000 at a Stephan Welz & Co auction. 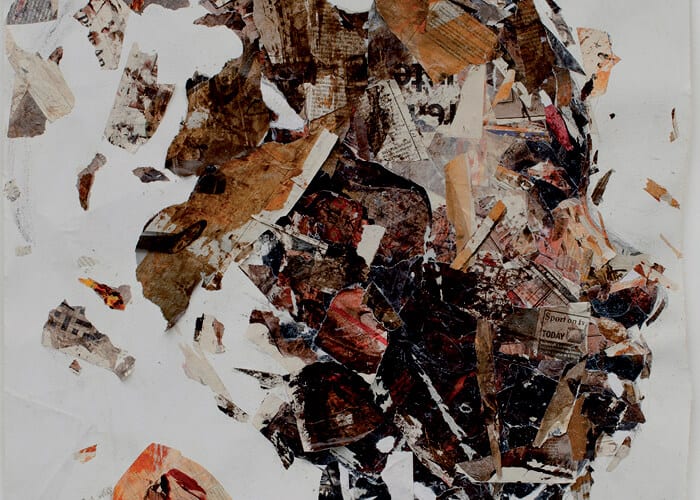 To vary his technique and introduce freshness, Lutaaya has taken up painting. “I want to develop my craft as a painter. Painting is something that I started when I was doing my residency here. At university I didn’t have the money [to buy paint] so I was always improvising.” He is making reference to the straitened circumstances of his Ugandan upbringing, a fact seized upon by the conformist media to construct an easy ‘rags to riches’ trope.  In Uganda, he befriended street kids who scavenged for paper that he used in his collages.

While his old technique involved purely collage using old newspapers, his new modus operandi involves painting the human face, daubing scraps of newspaper with paint and then painstakingly sticking them to the canvas. This new approach gives his oeuvre, stranded in that wasteland between abstraction and realism, a startling texture and in-your-face directness. Lutaaya spoke of this new phase as a “playful interplay between collage and painting”.  The new style, using multiple media, ensures complex layering; a painstaking and deliberate construction of the face, the primary marker of identity. In this late stage of capitalism, in which the cellphone camera and its lovechild scion the selfie have exploded, concepts around the portrait and narcissism, the self and identity; people dealing with the face have to contend with a different set of challenges.

Lutaaya has become something of a fixture on the Johannesburg art scene where he has participated in both group and solo shows and been part of collectives. Lutaaya was a guest artist at the Thupelo International Arts Workshop in 2012, a featured artist at the Joburg Art Fair, and has had solo shows at Room in Johannesburg and, on 29 December last year, a solo show titled ‘Portrait of the Self’ at World Art gallery in Cape Town. Lutaaya seems to have found a formula, popular with collectors, but looked at with skepticism by some critics. The next phase (face) of his evolution is certainly one to watch out for. 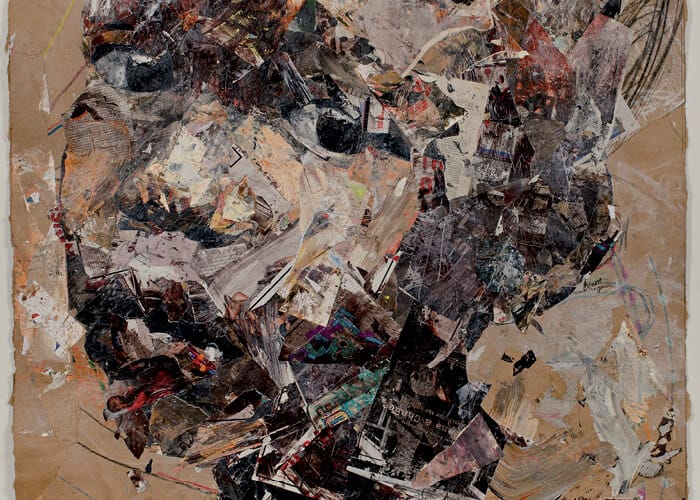 Percy Zvomuya is a co-founder of the journal The Con Magazine (www.theconmag.co.za) In 2014, he was one of the judges of the Caine Prize of African Writing. He is currently working on a book on the history and politics of Zimbabwe, told through the life and times of Robert Mugabe.