If God did not exist, it would be necessary to invent him.
– Voltaire 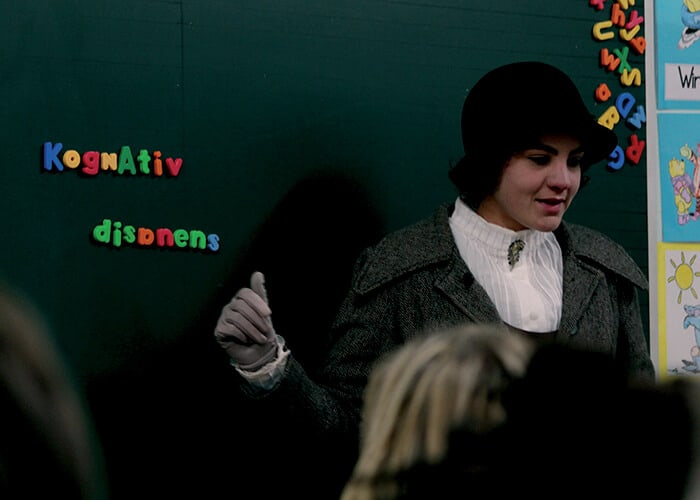 Unusual in its form, Chiro Nott’s performance work borrows more from theatre than contemporary performance art. Rather than focusing on her own body as a symbol in space enacting a ritual, she assumes a series of characters who guide and describe the mythics of other performances. ‘The Tjak of Waskibat,’ her final BFA exhibition at Rhodes University, was an exercise in invented mythologies held at the Albany Natural Science Museum. She developed a pantheon of fabled characters, replete with their own myths and an imagined culture which had produced manuscripts and ritualised artefacts in service of these deities. Developing these characters in an intuitive way, Nott first constructs a mask, working with a combination of found materials, developing her narrative as she works. “Each character’s materials were metaphorically representative of their personalities and their temperaments,” she explains, “I saw or created them physically first and then we shared head spaces to get to know each other better. The more we spent time together, the more was revealed to me about them.”

This schizophrenic acknowledgement, that her characters have a life of their own with which she can commune, presented a particular challenge for her when it came to live performance. In the final presentation, she devised the persona Eleen McClou, an archaeological anthropologist who had ‘discovered’ this lost culture, had spent several years working on the restoration of these artefacts and conducted tours of their installation at the museum. 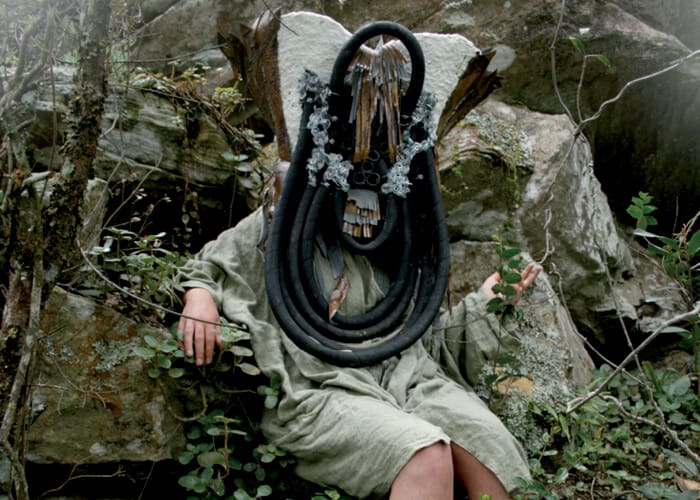 Despite a rather theatrical element to the work, there were those in the audience who genuinely believed McClou was a real person and that the Tjak were an exciting anthropological discovery. It was both discomforting and convincing enough that, after the event, Nott was approached by various individuals who accused her of lying to them when they discovered they had been duped.

This body of work highlights two observations about performance. The first pertains to how one re-represents a performance after the fact. There were many who wished to see Nott perform the mythological characters in their masks, but the physical impossibility of being seven characters at once, not to mention the psychological challenge of embodying these very diverse and sometimes dark personalities in quick succession, made this next to impossible. The use of McClou as a guide describing the display of masks, ‘artist impressions’ and myths decoded from ‘ancient’ manuscripts, allowed her to add texture to photographs of performances done in absentia. The vast majority of us learn of certain performance work via documentation rather than direct experience, and Nott here emphasised this aspect of performance as a textual storytelling tradition rather than a visual experiential one.

Secondly, audiences are quite familiar with certain members of society performing a role as narrator or guide. We acknowledge these modes of behaviour as a performance, but whilst we are aware of the pretence we believe the content of the narrative. Our experience of history is much the same and in the context of a museum, presented by a supposed anthropologist authority figure, it is not surprising that the lines between truth and narrative became blurred. 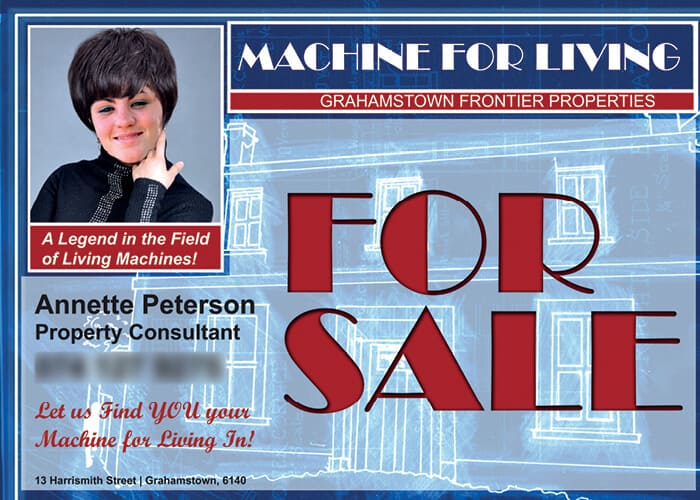 Last year’s National Arts Festival saw Nott in two separate collaborative performance works – Everse and MACHINE FOR LIVING. She adopted a character that functioned as a mundane psychopomp for both site-specific promenade performances. In Everse, she became a 1930s school teacher who led and disciplined the audience in crocodile formation through the grounds of Victoria Primary School, in order to view several performances which explored the influence of school experiences on continuing modes of societal behaviour.

In MACHINE FOR LIVING, her character Annette was an estate agent who welcomed audiences to a show house. A metaphor for the nation state, the house contained eight rooms, each with separate performances or installations designed as synecdochical representations of the splintered individual and national psyche. Annette interacted with audiences by presenting the house, inclusive of its menagerie of performers, with typical estate agent euphemisms and patently ignoring the discomfitures of the product being presented.

Collaboration and improvisation have become key to Nott’s methodology. “My preferred technique is improvisation,” she says, “Working collaboratively challenges this technique and me as a performer. [An awareness of] the pretence is also important because it allows an audienceto comfortably interchange between believing and not believing, interacting and observing.”

Engaging audiences through a participative performance style brings Nott closer to the communal ritual of art makings origins, “In a ritualistic sense, I think that in the act of performing we request a response. In performing, we are continuously seeking.”

Rat Western is an artist and Senior Lecturer in the Fine Art department at Rhodes University.