A Window to the Often-Veiled Black Female Imagination 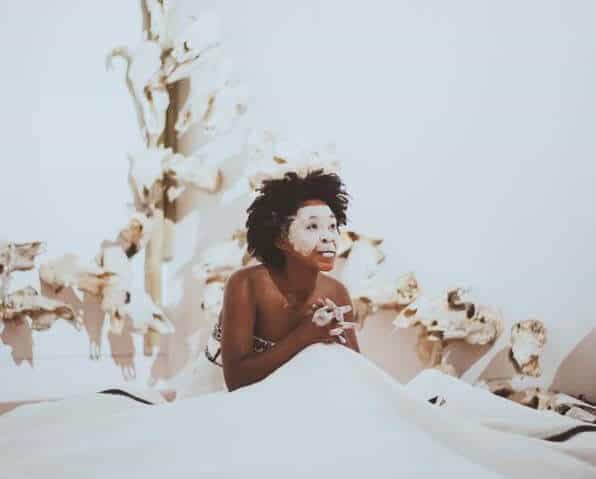 In the months following the launch of the #RhodesMustFall movement (March 2015) in South Africa, we’ve seen wave after wave of student activism that has brought with it a shift towards radical social and economic change in the country. Established in May 2015, the iQhiya collective is a direct result of these stirred-up conversations. With roots in both Cape Town and Johannesburg, iQhiya comprises of Asemahle Ntlonti, Bonolo Kavula, Bronwyn Katz, Buhlebezwe Siwani, Lungiswa Gqunta, Pinky Mayeng, Sethembile Msezane, Sisipho Ngodwana, Thandiwe Msebenzi, Thuli Gamedze and Tlhogie Kelapile. The moniker ‘iQhiya’ is a “signifier of strength and burden,” referring to the traditional headscarf worn by Xhosa women. It is a potent symbol of togetherness, as the corners of the doek (‘headscarf ’) come together to offer support to the headdress. In the last year of their collaboration, iQhiya has created a space where members are able to find comfort in shared experiences, as well as the opportunity to explore personal vulnerabilities in a “welcoming environment.”Eschewing the stereotypes surrounding an ‘all-girl’ collective, iQhiya members acknowledge the complex and potent violence enacted against black women within the South African context, vowing to take a stand. As much as it is a meeting place of artistic minds, the collective is also a utilitarian environment where members come together to further each other in an industry where black women are still largely marginalised. According to them, the work is “at once playful and sombre; it is alive, and we’d do well not to deny its anger.”

Members Sethembile Msezane and Buhlebezwe Siwani engage with themes of violence and anger through their performance work. In Msezane’s ‘Public Holiday’ series (2013-2014), she becomes a figurative monument to women who have been excluded from public spaces and accepted historical narratives. Placing herself on a plinth, she becomes the antithesis to the prolific statuary presence of figures like Cecil John Rhodes, opening a dialogue about how this exclusionary practice occurred and calling for an end to it. 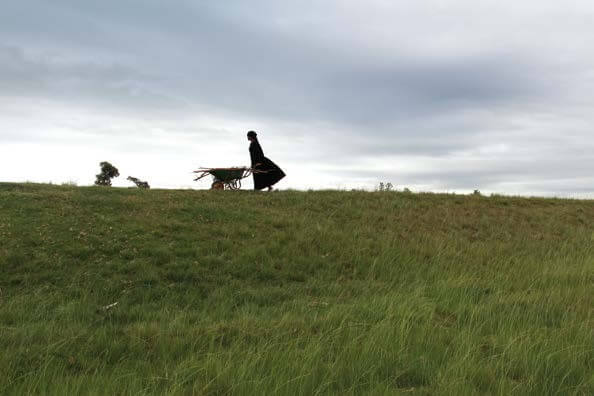 Siwani, on the other hand, takes inspiration from her role as a sangoma (‘traditional healer’). Her work engages with the difficulty of revealing the inner self as an artist whilst having to conceal the self as a practicing sangoma. On this subject, she says “as a sangoma, I don’t operate as one person,” which is a poignant overlap with her role in iQhiya and the need for the member artists to operate together to bring about significant social change. Foreshadowing their goals as members of iQhiya, in 2014 Thuli Gumedze, Bonolo Kavula, Asemahle Ntloni and Thandiwe Msebenzi contributed to an art workshop outreach project at Umtha Welanga Aftercare Centre in Khayelitsha (Cape Town) while students at the University of Cape Town .

Member Bronwyn Katz won the merit award for her video piece Grond Herinnering in the 2015 Sasol New Signatures art competition. Her video reflects on the nostalgia of childhood memories and the attempt to preserve this subjective history. Katz and Bonolo Kavula were both 2014 finalists in the same competition.

Photographer Thandiwe Msebenzi was awarded the coveted Tierney Fellowship for 2014/2015 on the merit of her portrait series ‘OoBhuti abatsha.’ The series depicts young Xhosa men dressed as ‘dandys’ in “new variations of old tweed attire” – the equivalent of Sapeurs – following their sacred rites of initiation into manhood. The project grapples with the discourse of appropriation and black empowerment in the post-colonial era. Lungiswa Gqunta received the Simon Gerson Prize at the Michaelis School of Fine Art in 2014 for her burnt wood sculpture series, titled The Home of Residue that explored themes of melancholy, isolation and anxiety through the renewal of memories in charred, familiar objects.

Many of iQhiya’s members are also freelance writers, building the narrative of this generation of young black women artists by contributing to the surrounding discourse and interrogating contemporary feminism that, for the most part, still remains the domain of white, cisgender women. Through their varied mediums, including performance art, installation, photography and video art, iQhiya offers a window to the “often-veiled black female imagination.”

Their first performance as a collective, titled The Portrait, formed part of ‘#theopening’ exhibition at Greatmore Studios (Cape Town) in February 2016. The performance was inspired by a photograph of Lungiswa Gqunta’s mother and aunts when they were young women. The photo gives away none of the hardships the women experienced at the time and raises questions around the societal expectations placed on women to be seen as beautiful, composed and never vocal when experiencing difficulties.