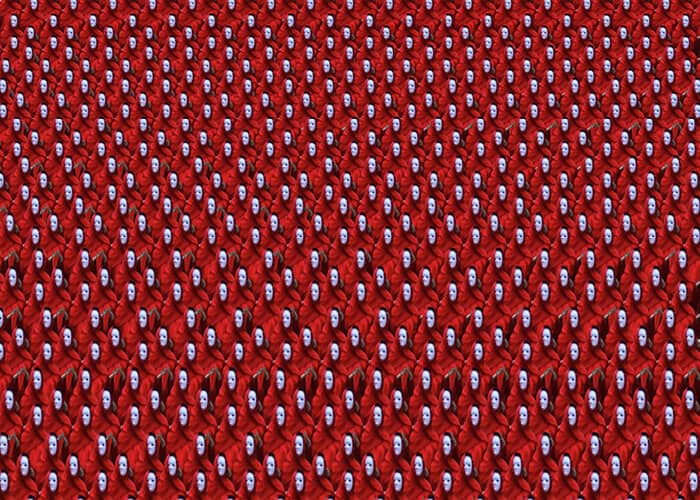 Joseph Coetzee, White Supremacy, 2015. All images courtesy of the artist.

“With relief, with humiliation, with terror, he understood that he too was an illusion, that he was being dreamed by someone else.”

Joseph Coetzee’s film, The Red Death: Boetie is Verlore (2015), was produced over a two-year period and forms the basis for his Masters Degree at the university currently known as Rhodes. Set in Grahamstown, South Africa, this forty-eight minute magical realist documentary takes the viewer on a lucid, haunting, and self-reflexive dream through the psyche of white South African youth – a kaleidoscope of booze, insecurity and indifferent gratification.

“I am all that is evil in the world,” narrates Coetzee (a white South African male). “I embody patriarchy. I embody racism. I embody sexism. I embody homophobia. Only in that I have absorbed these concepts from what is presented to me in movies, advertising, music videos, popular music. My banter with the boys. Smiling at a girl that I like. Smiling at everyone that I find attractive. Consume. Attempt to consume. Thinking about sex all the time. This world has made me a monster. I want to unravel it.” 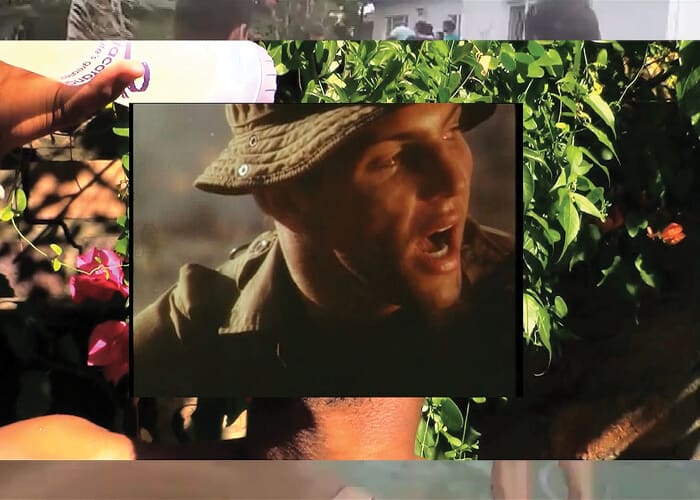 Inspired by bell hooks’ notion of ‘white supremacist, heteronormative patriarchal capitalism,’ Coetzee’s film draws from personal experience and the overtly vulgar pool of past and present popular culture – WWE, Jersey Shore, MTV, Men’s Health, KFC… These elements are placed alongside clippings from the 1984 apartheid propaganda film Boetie Gaan Border Toe!. Translated, the title means ‘Boetie goes to the border!’ In Coetzee’s film, the title has been adapted to read ‘Boetie is lost.’ Boetie (the film’s protagonist) is white, rich, misogynistic and egotistical (the number plate on his red Porsche will attest to that). Ironically, he’s also cast as the hero figure – ‘he’s the man!’ As Coetzee points out, this is a common archetype within contemporary popular culture, one that is all-too-often disguised beneath the façade of entertainment (think James Bond). 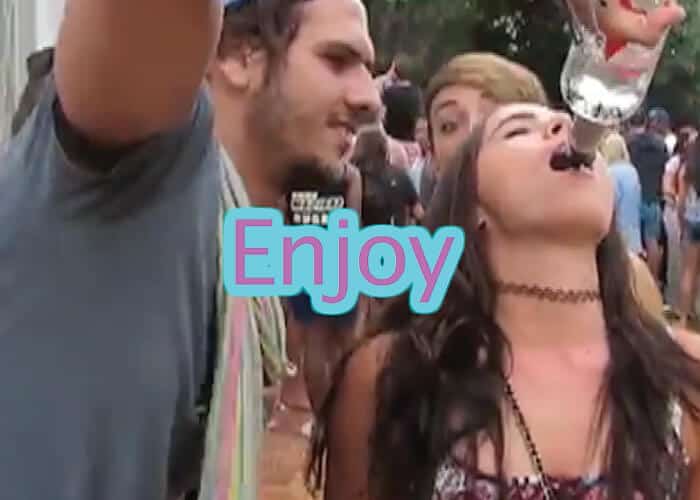 Defined by its swift, memorable and effective assimilation, the ‘slogan’ has been used throughout history as a tool for political and corporate propaganda. “The point of slogans like ‘support our troops,’” writes Noam Chomsky, “is that they don’t mean anything. That’s the whole point of good propaganda; you want to create a slogan that nobody is going to be against and everybody is going to be for, nobody knows what it means, because it doesn’t mean anything.” Slogans like ‘Enjoy,’ and ‘I’m lovin’ it,’ are no different from ‘Can you smell, what The Rock, is cooking?’ All are highly successful slogans, entertainment and product made synonymous. In his attempts to deconstruct these symbols; to pull apart the coded, ambiguous language of consumer culture and put it all back together again, Coetzee hits on a point best summarised by Slavoj ŽiŽek. These ‘illusions,’ these ‘meaningless,’ ‘shallow’ representations, are a lot more loaded than an initial glance would suggest: “If you take away from our reality the symbolic fictions that regulate it, you lose reality itself.” 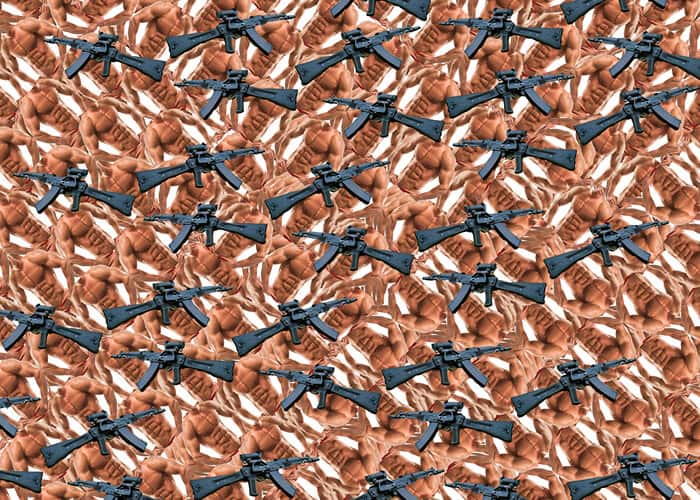 Layered amongst a series of off-street interviews with students from Rhodes University, a South African National Defence Force member and two young American missionaries, Coetzee’s critique provides a window into contemporary consumer culture that is neither shaken nor stirred – it’s flat, transparent and intentionally grotesque. In each of these instances, there is a profound concern with the insidious institutionalisation of the psyche. The artist’s translation resembles a kind of self-emulating, barely recognisable virus; its clone-like qualities layered and inseparable from the banal rhetoric found in the real-life interviews. His myriad of copy-paste collages, perverse clickbait, masked figures and faceless torsos is force-fed;stitched together by the ambient, avant-garde electronic music of Grahamstown-based artist Caydon van Eck (a.k.a B00n). The aesthetic is intentionally glitchy, using the airbrushed stamp of big-money propaganda in a way that critiques itself: a pointed perspective that exposes the ubiquity of our monster. 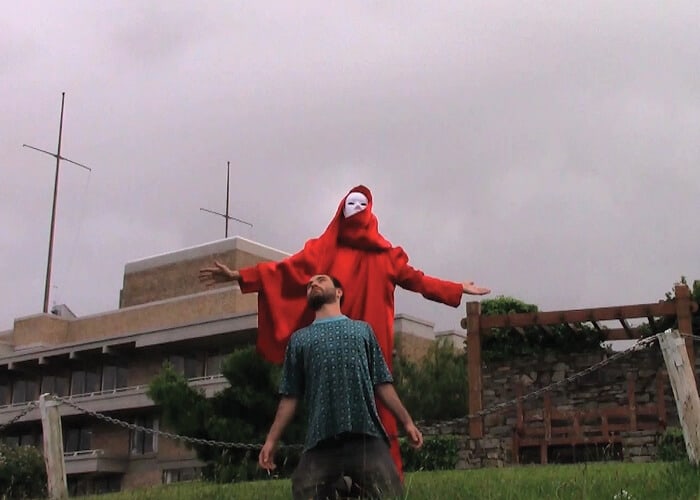 Coetzee’s attempt to actively exorcise the Faustian monster within – to see just how far the rabbit hole goes – is terrifyingly familiar and has more to do with what it is than what it says. Wherever the microscope turns, whichever frame we look through, we see the same thing: it is a culture under siege; a humanity reduced to its passive, lifeless dependency on the prescriptive, macho-lens of white hegemony – a perspective less concerned with the reality behind the illusion as it is the reality within the illusion itself.