Over the last few centuries, Africa has been the subject of a discourse that is both spoken and thought about by others on its behalf. The continent has been subjected to the rule of others, and set on a path to follow the politics, economies, social teleology’s and social models of those foreign to its own – and it can be argued that to this day, Africa still looks to the West for guidance.

This is the challenge that Marie-Ann Yemsi – cultural consultant and curator – is faced with in taking on the role of artistic director of the 11th edition of the Rencontres de Bamako in Bamako, Mali. And in a country that in recent years has suffered droughts, rebellions, a coup, 23 years of military dictatorship and a jihadist insurgency in the central and northern regions, it is even more pertinent that Yemsi address the intellectual, emotional and physical independence that Africa has been denied for so long.

Looking to the musings of Frantz Fanon, where he stated that “if we want humanity to advance a notch, then we must invent, we must discover,” and the writings of philosopher and economist Felwine Sarr – Yemsi has developed ‘Afrotopia’ as the overarching theme of the Biennale, and is using culture as her only weapon in fighting for African potential. 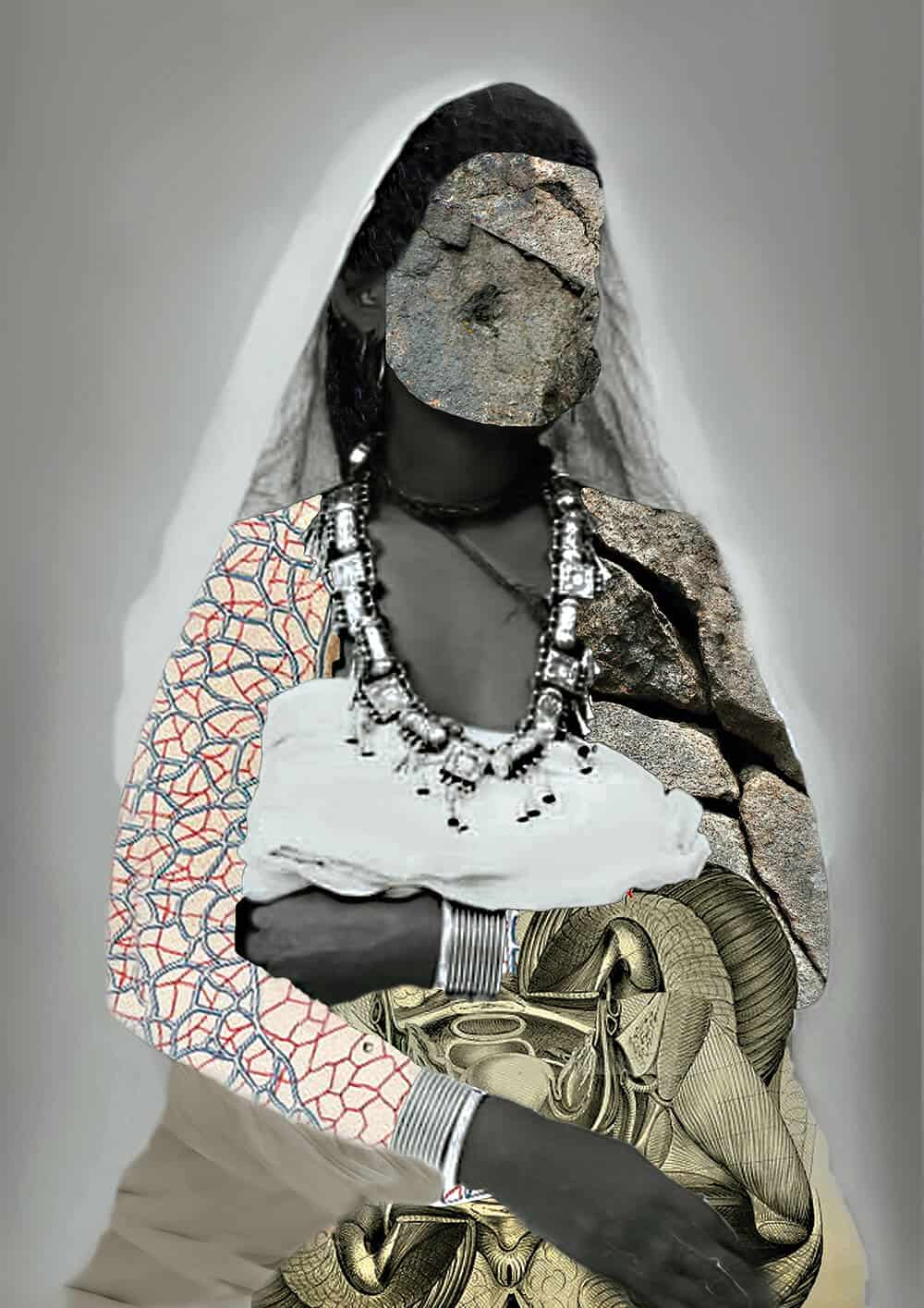 A contraction of both ‘Africa’ and ‘Utopia’, ‘Afrotopia’ speaks of a continuity between the real and the possible, and for Yemsi, Sarr’s essay was the starting point of something new. It lent itself to the development and nurturing of ideas that have always been a part of Africa – promoting the idea that all the tools are in Africa – “we don’t need the Western world or Europe all the time.”

In attempt at promoting pedagogical thought and an internal ownership over Africa, Yemsi has compared Africa to artists, and challenged curators, cultural consultants, publications, institutions, art critics and collectors to stop speaking on behalf of artists, and rather listen carefully to both them and their work. Artists, and perhaps even more so photographers, see the realities that are there, bearing witness to what is happening across the globe – and, in turn, artists both shape the world and give us clues about the future.

But this way of thinking was not coming from outside…

it was coming from the continent, and from a new generation of thinkers.

“Culture is a weapon, and this is the only weapon I have. To be there, build this programme, engage with the issues – and as its title ‘Afroptopia’, we are going to engage with the contemporary realities of Africa [as] seen by the artists who are the best witnesses to that.

And especially, photographers. They are people working with images, they see what happens in reality. They see the realities that are there, so that we can imagine them and how we can exercise these realities, and have all these fantasies around what is Africa today. For me, it is important to be there, for this 11th edition and to question what this biennale is for. First of all, as an act of resistance; and secondly, a Biennale should also bring something different as the artistic landscape in Africa has changed totally. Now you have all these events, like festivals, fairs, big institutions like Zeitz MOCAA, and all across the continent institutions are opening. But we all know that they all rely on private funding. We also know that in Africa no government is investing in culture – although it’s the same worldwide, it’s not specific to Africa.

I think that the challenge of this Biennale is to continue to offer a freedom of space, and as a curator, that’s how I envisage my work. It’s not to bring statements, and it’s certain that my statement is true, and I put the artworks inside my mission to create a freedom. And to be with the artists, see what happens, what we can create together, what kind of new imaginaries we can create, what kind of new knowledges we can build together, and this is how I have been working for Rencontres de Bamako. 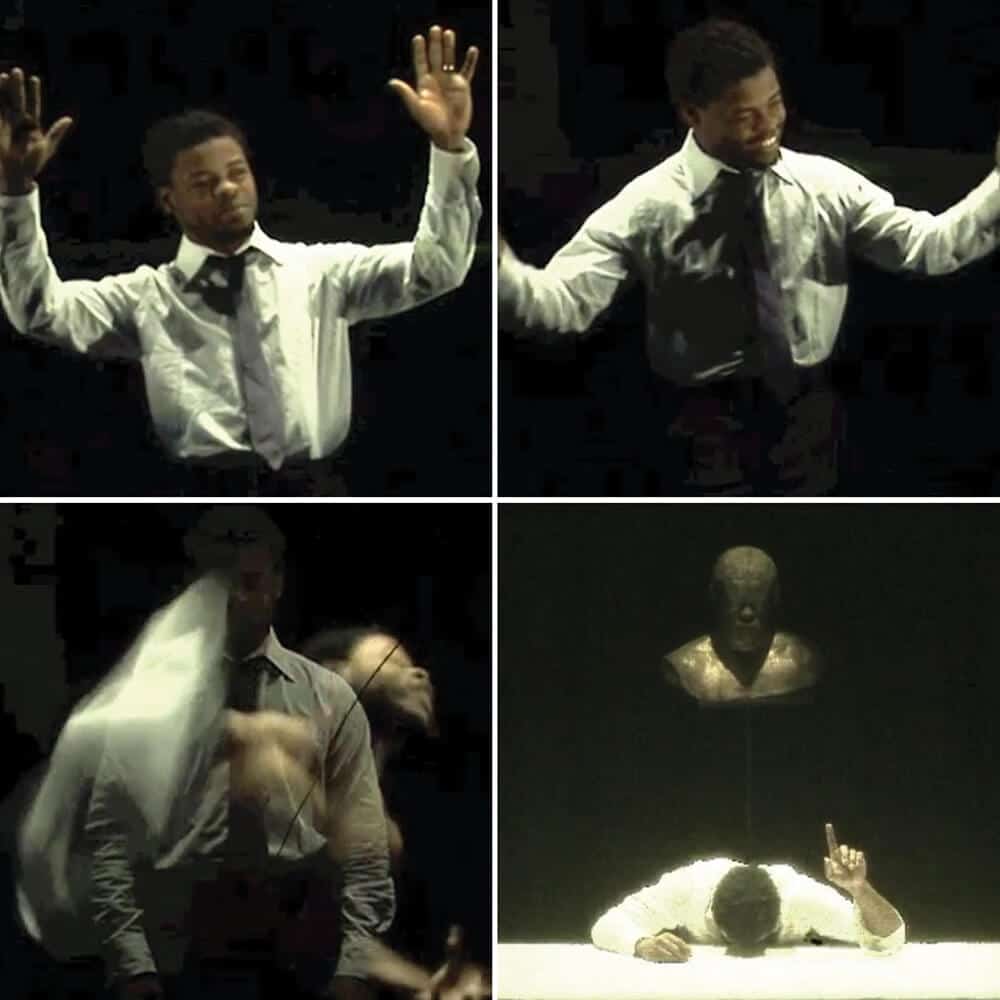 And in saying that, I will concentrate on what I call the immaterial production. What is the immaterial production? This is the word ‘encounters’, and I would like to focus on what it means. For me, to focus on what the artists have to say, and most of the time – sorry to say this because you are a publication, but – I think that, and even more so now, that the trend is on Africa. First of all, I think that as soon as the artists start to have a small reputation, their work is largely brought by foreigners and taken outside of Africa. So, it’s leaving Africa. Secondly, we are all speaking in the name of artists – I take my part of responsibility as a curator and cultural consultant – but you also, all the publications institutions, art critics, collectors. So it’s also time to listen to what they have to say, and what they have to say is not always in academic ways, they don’t have PhDs, but we have to listen carefully to their work, because they are scrutinising the word ‘Africa’, the continent; they are creating new narratives and it’s very important to create new narratives around our history – not always the history of colonialism – but also the very recent history of responsibility of the parents building Africa today, and we have to listen to how they fictionalise and how they witness what is happening, because they are shaping the world, and they are giving us clues about the future.

So back to the Biennale and the title – my title has raised many, many questions – ‘Afrotopia’ is a contraction of Africa and Utopia. I borrowed the title from an essay by a very brilliant thinker – Felwine Sarr, an economist based near Dakar. He is teaching economics, but he is also a novelist, a musician, a poet, and when his book was launched two years ago, it was really a shock for me, and then it was followed by the Les Ateliers de la Pensée – a gathering of many thinkers organised in Dakar.

And this is very important, because they put many new things on the table, and first of all the idea that all the tools are here, and that we don’t need the Western world and Europe all the time. And this statement is very important so I really wanted to have this title; first of all, I liked this kind of title that incorporated poetry, but also being understood in all languages – understood or not – that leaves the imagination free.

That’s why, as a curator, I don’t want to have a statement – to say, okay, artist, you have to follow that – I wanted to create a space of freedom, and let them think by themselves, and answer with an artistic production and by being involved very actively.

I will replace a traditional talks programme with what I call the Forum. This will be a space of encounters between artists and other thinkers – should they be writers, musicians, philosophers, poets – and it will take place every morning at the National Museum, probably outside, because we want to think about a non-academic format.

We will have three sessions – one will be based on the investigation/exploration of ‘Afrotopia’ as seen by the artist. So, for instance, Qudus Onikeku – a Nigerian artist – will do a performance involving the audience;  and the Black Athena Collective – Heba Amin and Dawit Petros – are going to perform a lecture – so my programme will be based on these kinds of interventions. Most of them are non-classical, even if we will have round tables.

The second session will be around images, and how can we deconstruct them? What is the role and responsibility of artists when they manipulate images? In the world of proliferation, this constant flux of images – how can we just stop and analyse all this? In the shows you have artists like the pan-African exhibition. But also in the other exhibition, you have artists that are working more on artistic series or videos, but others are also documenting complex zones – like Teddy Mesina.

I have a curatorial advisory committee, and they were really interested in digging – especially Simon Baleshi, whose work is based on that.

Culture is a weapon, and this is the only weapon I have.

And the third session will be a collective reflection on where are we going. What is the future of this biennale, and other biennales on the continent? And how can we now think about new methods of artistic production. Can we be engaged in new ways of curating, a new pedagogy? This is exactly what Bisi Silva has been doing with Iziko – the South African National Gallery – and now with this very important publication on exactly the same kind of questions. So, it’s also the role of the biennale and my project to be together, and to think about the future, and what we can gain from an African perspective because really, it’s time to imagine new ways of producing art and Africa.

In terms of exhibitions – you’ll have the pan-African exhibition with 40 projects, I don’t say artists because some of them are collectives.

Questioning what a biennale is – this biennale is on photography and what photography means today. I wanted to put the emphasis on new images; first of all, because they are using everything, Instagram images, and also shed the light on the new production and the new way of – well a lot of photographers and video artists are now working at the intersection of interdisciplinary work, so I really wanted the biennale to reflect that growing interest of artists working at this kind of intersection of disciplines.That’s why we will have, not only a photographic series, but also videos and installations.

In the pan-African exhibition, and all the projects, the invited curators have been asked to dig more deeply into some issues that we felt were important. The idea was in building an Africa of tomorrow. There’s a feeling coming from the artists that as soon as you are based in the Caribbean, or any other islands, you are kind of forgotten. And you’re forgotten as a person, you’re forgotten as an artist. So it was interesting for me – this idea of being at the margins and we also wanted to dig more into the recent histories on the continent, and the erasure of some events. That’s how I’ve been building the programme.”

Ellen Agnew is a writer on ART AFRICA’s  editorial team.