The sixth edition of the Marrakech Biennale (MB6) has appointed Reem Fadda to be the curator of the biennale. MB6 will run from February 24 through May 8, 2016, in various selected sites and venues across the historic city of Marrakech. The title for the future MB6 will be ‘Not New Now.’ 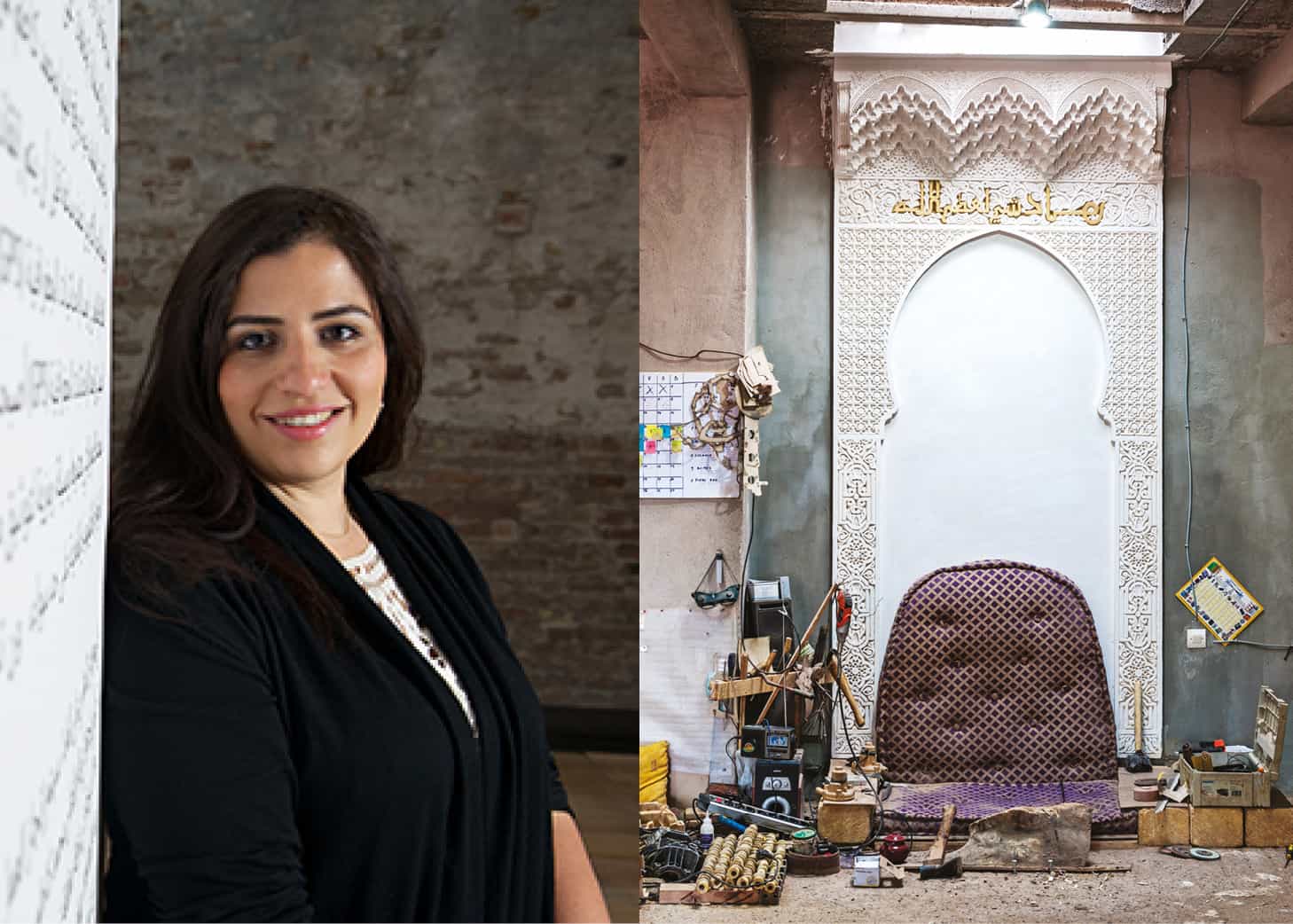 FROM LEFT TO RIGHT: Reem Fadda, curator of the 6th Marrakech Biennale. Photo: Sophia Dadourian; Atchilihtalah, This is all that God gave us. Atelier Eric van Hove, the trine of Dragon, the wood master (from Marrakech Biennale 5, 2014) Photo: Pierre Antoine.

Founded in 2004 by cultural entrepreneur Vanessa Branson to address social issues through the arts, the Marrakech Biennial has become a celebration of creativity in a city that has for centuries been the focus of artistic investigations.

An internationally recognised event, the Biennale features a thriving visual art, literature, and performing art program, and is currently led by the Executive President of the Marrakech Biennale, Mohamed Amine Kabbaj.

Fadda shared her thoughts concerning her appointment and the direction the title is taking; “I am both excited and honored to curate the sixth edition of the Marrakech Biennale, alongside the various team members. The title of MB6, ‘Not New Now,’ gives me the opportunity to investigate various tropes within cultural and artistic production, associated with concepts of time, matter, immateriality and advancement in the context of modern and contemporary art. The project will investigate the political and economical implications of the ‘new’ and focus on the present by particularly looking at art from the Afro-Asian axis.”

Reem Fadda is Associate Curator, Middle Eastern Art for the Abu Dhabi Project of the Solomon R. Guggenheim and is currently based at the Guggenheim headquarters in New York City. She joined the Guggenheim Abu Dhabi museum building project in 2010 and has had a leading role in shaping the strategy and holdings of Middle Eastern and North African art within its collection and the curatorial vision for the future museum.

Previously in 2005–07, Fadda was Director of the Palestinian Association for Contemporary Art (PACA) and worked as Academic Director to the International Academy of Art – Palestine, which she helped found in 2006. She co-curated many international exhibitions and projects especially those pertaining to art, architecture and geopolitics in the Middle East, such as: Liminal Spaces (2006–09), a four-year-long artistic and political project consisting of conferences, tours, art residencies and exhibitions in Palestine, Israel and Germany; Ramallah Syndrome (2009), part of the Palestine c/o Venice exhibition at the 53rd Venice Biennale; Tarjama/Translation (2009–10), which was an ArteEast program showcasing 30 artists from the Middle East and Central Asia at the Queens Museum & Herbert E. Johnson Museum; 3rd RIWAQ Biennale (2009), which she curated alongside Charles Esche in Ramallah. She was an awardee of the Fulbright scholarship to pursue her PhD at the History of Art and Visual Studies Department at Cornell University in 2008. She has published and lectured on modern and contemporary Middle Eastern art. She is a member of the General Assembly of the International Academy of Art Palestine, the selection jury of the Young Arab Theatre Fund and the steering committee of Decolonizing Architecture. Fadda was appointed curator for the National Pavilion of the United Arab Emirates at the 55th International Art Exhibition – La Biennale di Venezia in 2013.