in ART FAIR, AWARD, CONTEMPORARY ART, EXHIBITION, GALLERY, INSTALLATION, INTERVIEW, MIXED MEDIA
Share on facebook
Share on twitter
Share on email
Share on whatsapp
SMAC Gallery will be exhibiting a wide selection of artwork by a variety of artists at this year’s FNB JoburgArtFair. ART AFRICA caught up with two of these artists, Masimba Hwati and Gareth Nyandoro, to discuss the work on show. 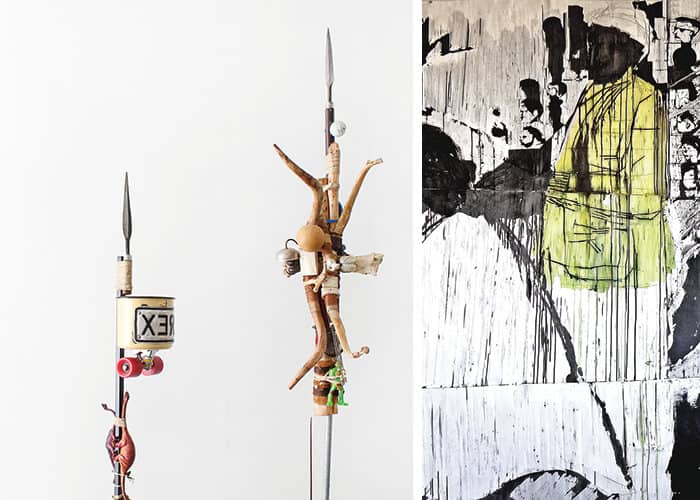 ART AFRICA: Earlier this year you walked away from the Cape Town Art Fair having won the Special Projects Section: ‘Tomorrows/ Today’, for your solo presentation of Don’t Worry Be Happy (2016). How has this award impacted your career to-date and how important are these art fairs in creating a platform for your work?

Masimba Hwati: The award was a great introductory token into the growing Southern African art scene. I have shown my work in different places around the world but never really engaged with my own regional art scene and by this I mean Southern Africa. I think that engaging with one’s immediate environment provides an anchor and foot-ing for the cultural expression of one’s ideas. Art Fairs act as level playing grounds, they are important as springboards for larger projects. 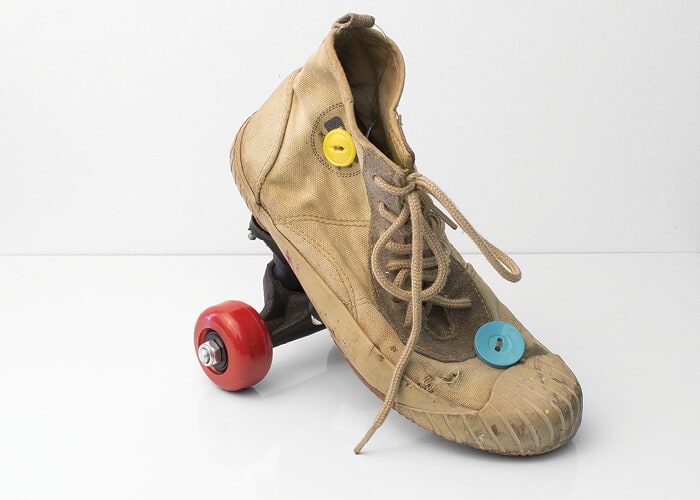 Please tell us more about this work… In an interview following the award with The Herald you say that Don’t Worry Be Happy (2016) “amplified the booth in which you exhibited” as it drew viewers to the contextual parameters you sought to address, parameters that still seem to exist within the fair environment. How did this work succeed in moving beyond ‘commodity’ and is this something that we can expect from the work that will be on show at the JoburgArtFair?
I’m not sure if it succeeded in that specifically, but the intention of it was to discuss the absurdity and prejudice of one entity being defined or ‘continued’ by a second party, that succeeded the original. In other words, I felt the circumstances perfectly illustrated the absurdity of representation to an unfamiliar group. By installing this work in a space where there is a large mixture of different groups of people, both local and foreign to the region, the exoticisation and non-factual homogenisation or stereotyping of one group, by people from another, is rife… from both sides. 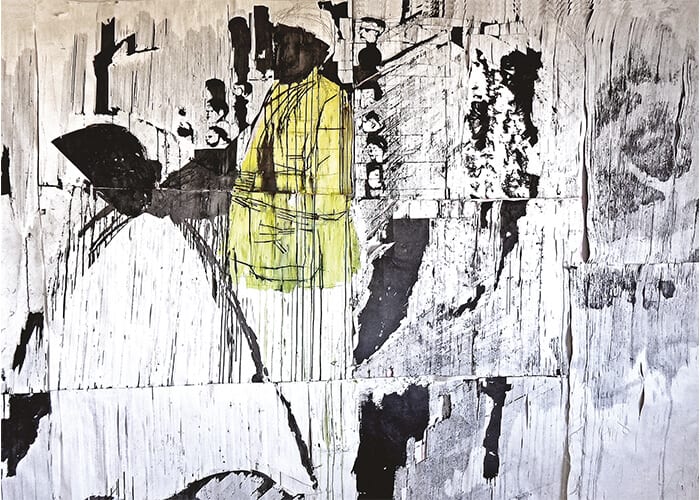 Gareth you’ve also used ‘found objects’ in your work, bits and pieces from Harare’s market places or posters that function as markers of a collective mindset. You’re also both close friends, so your work comes from a similar context. To what extent does the work you’ve produced for the FNB JoburgArtFair function in dialogue with Masimba’s?
Gareth Nyandoro: I started with found objects, but when I moved to Amsterdam for my residency at Rijksakedemie van Beeldende Kunsten, I started to work with flexible found materials such as paper, which I also regard as a found material, besides the fact that at some point I buy it in the art shop. I have the feeling that all materials that artists use are not intentionally made to make art. That’s how everything, for me, becomes a ‘found object.’ In a way I am still using found objects. Albeit from a different context, such as Harare’s market places or street signage. But yes, Masimba and I are good friends; we went to art school together, and have participated in important exhibitions together, such as ‘Redefinitions I’ (Gallery Delta, Harare) a three-person show alongside Munyaradzi Mazaraire. The whole idea was to redefine the contemporary Zimbabwean arts scene, which had hinged itself on the stone sculpture. Masimba and my new sculpture techniques challenge ways of handling and presentation while also borrowing from the local indigenous visual culture, we are both practicing in Harare, so both of our influences’ come from similar places.
The Johannesburg Art Fair functions as its own kind of market – its buzzing stalls, frenzied buyers and enticing displays. How do you place your practice in relation to the Fair, as both the subject and context of your work? Do you think this changes viewer interpretations?
I see myself as a market person, displaying my work fulfills this whole idea. The way I setup and display my work is done in such a way that it also looks ‘makeshift’ and ‘impermanent.’ I try to make my work very accessible, over and above their intellectualism (like a blank cheque). I also try to remake that which is popular or common, like something that people do not regard as works of art, for example; locals are more familiar with art that is functional. I reappropriate signage such as ‘beware of the dog’ and make it part of my piece, which then becomes the artwork. The signage in itself is already an artwork, I only change the context.
This interview was first published in the September 2016 edition of ART AFRICA magazine, entitled ‘BEYOND FAIR’.