As elsewhere in art history, much of what emerged and is celebrated in African art is dominated by male artists. In the present day, we are conscious of, and committed to, addressing and redressing the imbalance in attention – as well as challenges women artists on the continent face in developing their artistic practices, over and above those of their male counterparts. However, it is important to also recognise and celebrate the female heroes, role models and pioneers of the modern in African art. In this edition of Mastering the Masters, we spotlight two remarkable avant-gardists Kamala Ishaq (Sudan) and Reinata Sadimba (Mozambique). 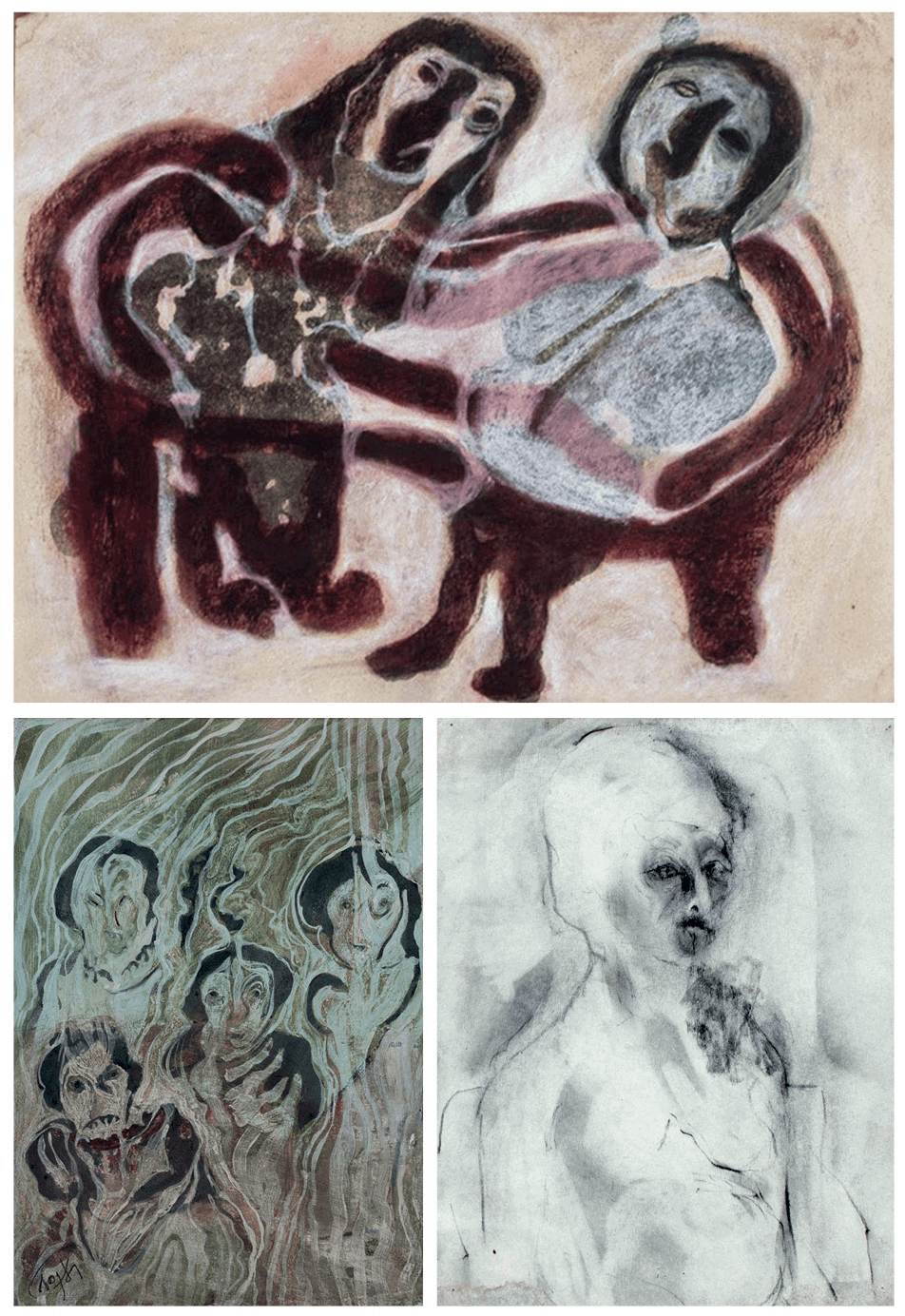 Lives and works in the Burry neighbourhood of Khartoum.

A contemporary of Ibrahim El Salahi, Kamala Ishaq – the first female modern painter in Sudan – is finally beginning to gain international acclaim as a crucial figure of Modern Sudanese and African art. Having trained in Khartoum, Ishaq pursued graduate studies at the Royal College of Fine Art in London in the 1960s, coming back to Sudan to teach painting at the Khartoum art institute. Ishaq also –along with El Salahi and Ahmed Shibrain – co-founded the Khartoum School, known for its integration of Arabic script into painting. In 1978, Ishaq broke away from the movement to found, with her students Muhammad Hamid Shaddad and Nayla El Tayib, the Crystalist Group – which aimed to break through the conservatism of the traditional male and Sudanese-centric outlook of the Khartoum School, and use feminism and internationalism as a foundation of their art practice.

While at the outset, Sudanese establishment did not approve of the Crystalists’ pro-internationalist stance and rejection of Khartoum school, Ishaaq’s artistic accomplishment and commitment to reflecting the lives of Sudanese women in art was never in doubt. With passage of time, her pioneering spirit is being vindicated.

Ishaq’s work has been exhibited around the world – including Whitechapel Gallery, London; National Museum of Women in Art, Washington and the Sharjah Art Museum, in the United Arab Emirates. Her first major museum retrospective was held at the Sharjah Art Foundation in 2016. 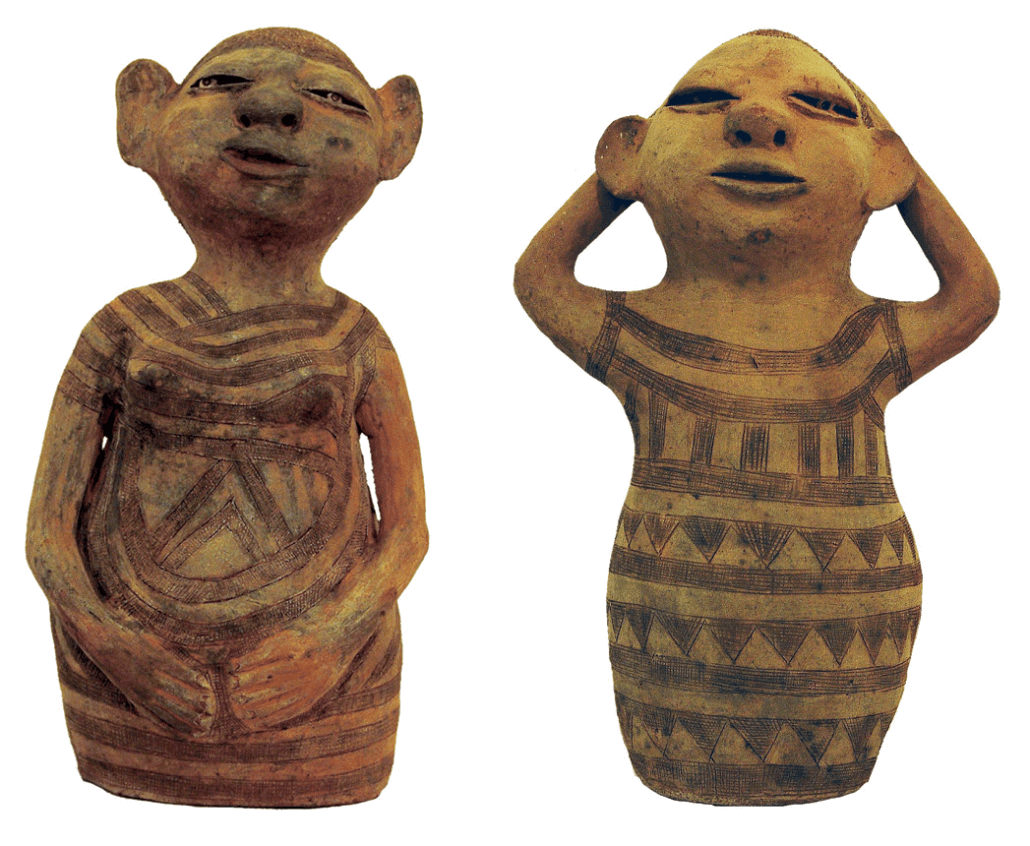 All ceramics by Reinata Sadimba, Untitled, 1998-2000. Terracotta and Graphite. All images courtesy of Perve Galeria.

Born in 1945 in Cabo Delgado, Mozambique.

Lives and works in Maputo, Mozambique.

Born in rural Mozambique, Sadimba received traditional Makonde education, which included pottery and clay sculpture – normally a skill learnt and practiced only by men in her culture. This unorthodox beginning became a defining feature of Sadimba’s life and artistic practice.

Engaged in Mozambique’s independence movement, in the early 1970s, Sadimba joined FRELIMO and took a stand in her personal life to leave her abusive husband. The impact of both events on her practice was significant. Having begun by making pottery, she moved on to create figurative fantastic creatures, blending traditional and contemporary, and reflecting her view and experience of the world. During the Mozambique civil war in the 1980s, Sadimba emigrated to Tanzania and only returned to Maputo in 1992 – where her work gained national and international recognition with the support of Augusto Cabral, then the director of the Natural History Museum of Mozambique, and becoming the first internationally celebrated woman sculptor from Mozambique.

Sadimba’s ceramic sculptures have been exhibited and collected widely and are found in the National Museum of Mozambique, the Musée de l’Art Brut in Lausanne and Culturgest’s Modern Art collection in Lisbon. 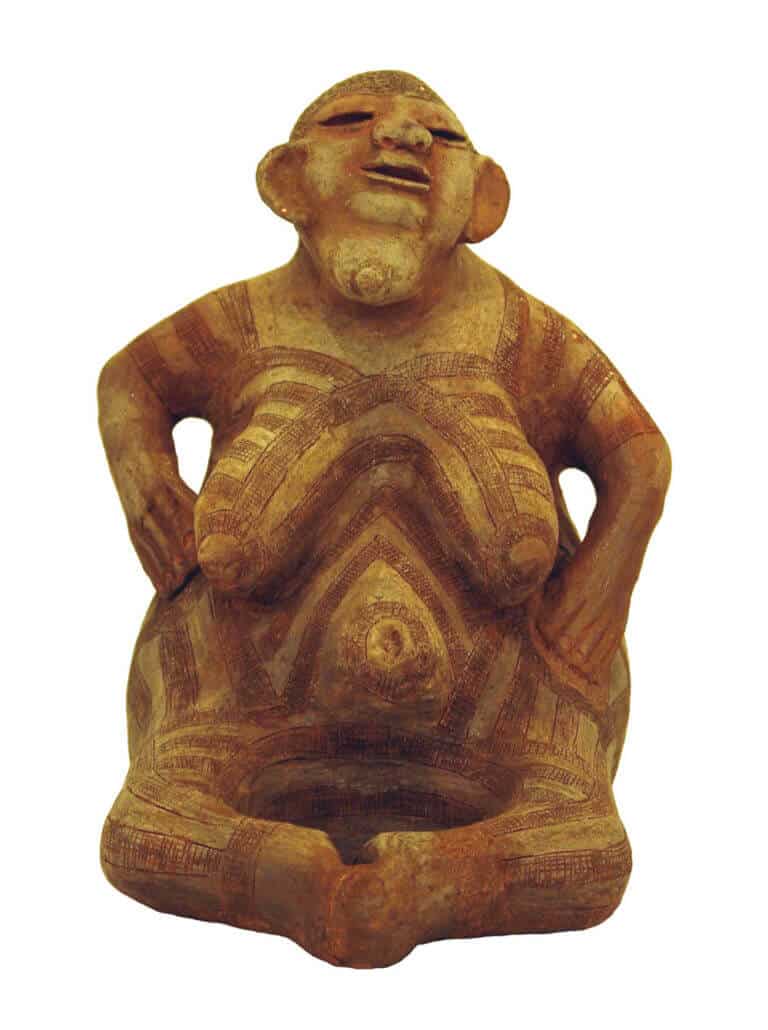 Valerie Kabov is an art historian with a focus on cultural policy and culture economics. She is the co-founder and director of Education and International Projects at First Floor Gallery Harrare.