While genetics play a major role in artistic talent and ‘it is in the family’ is a common refrain as an explanation for all kinds of abilities, in visual art it is quite unusual for siblings to achieve concurrently major artistic reputations. In the case of Cape Verdian Figueira brothers, that is exactly what happened, although their paths to art were very different. Both Manuel and Tchalé were born on the island of São Vicente, in Cape Verde. 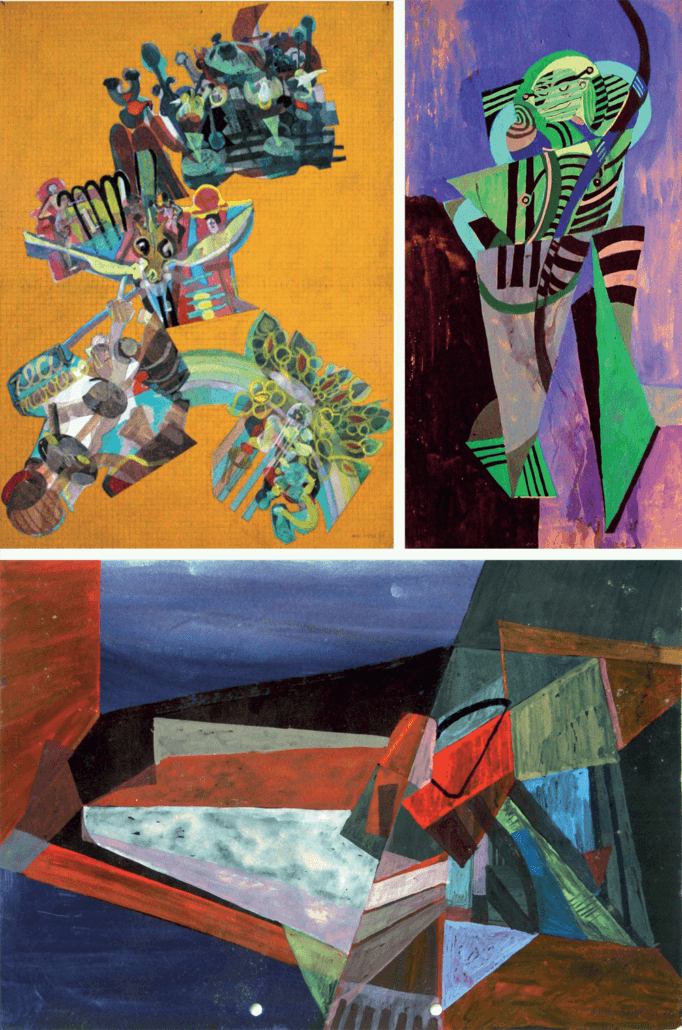 Manuel the older brother was born in 1938 and discovered his vocation for art early. He was determined to study art and left Cape Verde to go to Lisbon, enrolling in Escola Superior das Belas Artes de Lisboa – now the School of Fine Arts at the University of Lisbon. After graduating he practised professionally as an artist and a teacher, taking part in exhibitions in Lisbon. A patriot and an activist, Manuel, returned to Cape Verde with his wife Luisa Queiros (also an artist) after the country became independent from Portugal in 1975, moving to Mindelo, São Vicente, Cape Verde, and establishing an art educational organisation called Cooperativa da Resistencia (Resistance Cooperative) eventually becoming the director of National Centre for Artists, a post he held from 1979 to 1989.

His practice, while it reads as descriptive and figurative, he uses figuration mainly as a support for exploration of colour and form.  Manuel’s work is in major international collections, focusing on the Lusophone world, within the broader international art scene.

Figueira was born in Mindelo on the island of São Vicente. After years of travelling, which also led him to the Netherlands, he worked as a dockworker, he later headed to Switzerland where he started his artistic career and attended the School of Artistic Design in Basel from 1974 until 1985. He later returned to the island of São Vicente. Like his brother, he set up his studio near the port of Mindelo in his family’s old house.

Other than painting, he writes poems and sings with a musical group. As an artist’s task, Figueira also sees social criticism as a practice and a position on socio-political issues. This is expressed in a picture which he criticised the “Macho Society” of Cape Verde. 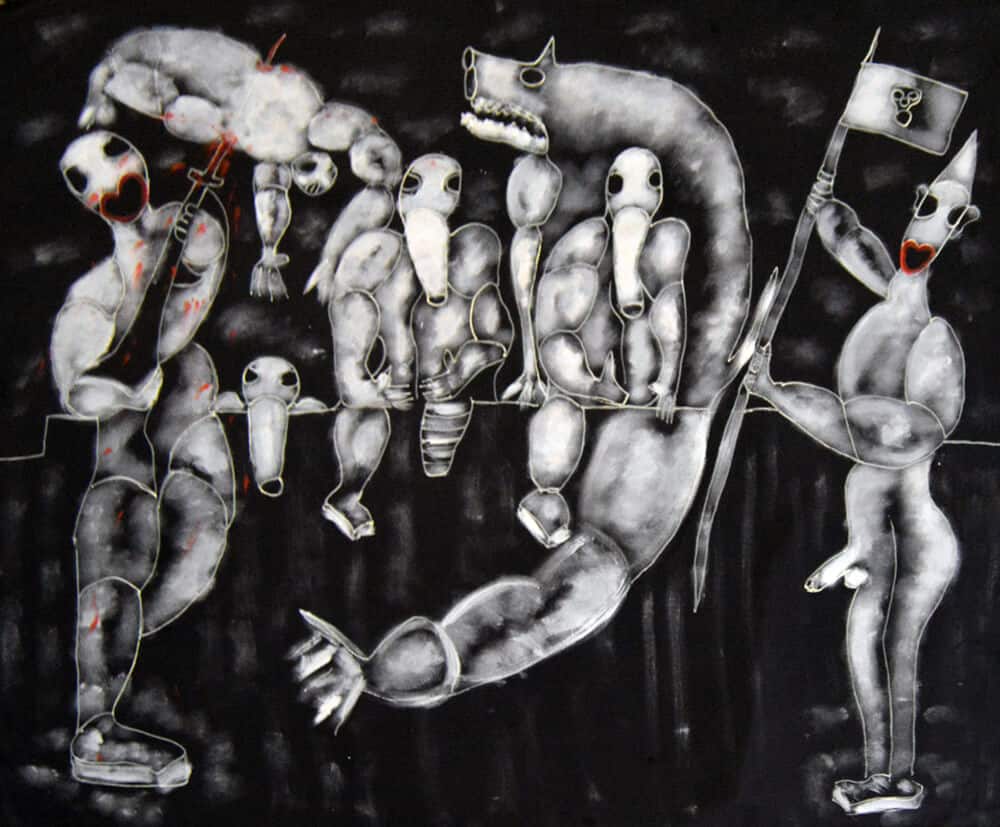 Untitled from the series War is Stupid, 2018. Mixed media on cardboard, 48 x 65cm. All images courtesy of Perve Galerie.

Valerie Kabov is an art historian with a focus on cultural policy and culture economics. She is the co-founder and director of Education and International Projects at First Floor Gallery, Harare.