While African figuration continues to dominate the headlines of contemporary art on the continent, much remains to be said about the depth of tradition and history of abstraction on the continent. Philosophically nuanced and culturally complex abstraction gives each one of us the agency to interpret and reflect personally and intimately on and with the work of art. Moreover, the root of abstraction in Africa predates by centuries and millennia, the European modernist movement, which made abstraction a term of art.

It is then not surprising that it is El Anatsui an abstractionist, who is the most prized master on the continent, with works which resonate powerfully and broadly without a figure or a didactic moment insight in a way that is intrinsically in and of the continent.

There are however artists who in their work built bridges between Western and African abstraction in ways that are powerful and inspirational and who have been building successful careers independently of the recent moment in which ‘contemporary African art’ became a popular market niche.

In this edition, we look at the work of two artists, who built practices and careers between the continents and whose methods are as much in conversation with Rothko and Pollock as with Sam Gilliam, Ed Clarke, Frank Bowling, El Salahi and El Anatsui. 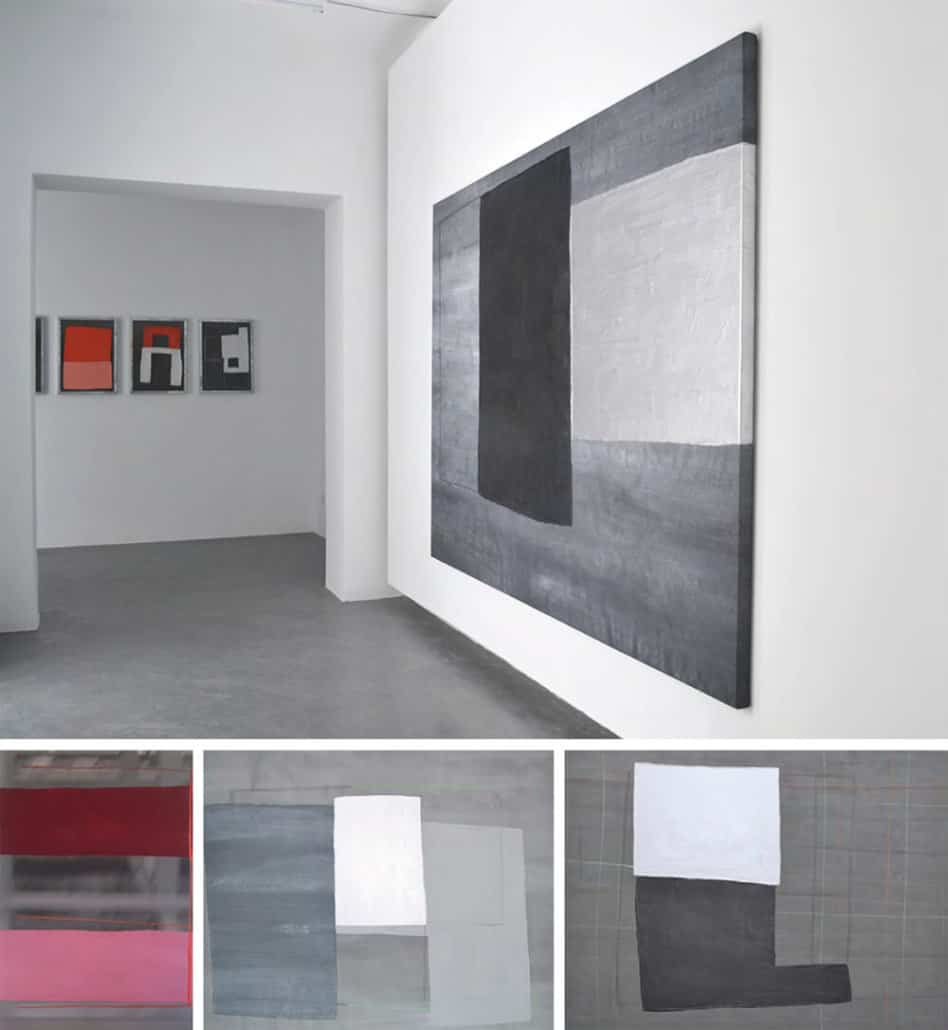 Lives & works in Tunis and Paris

After receiving her first art education in Tunisia, Bennys moved to Paris for an MFA from Ecole Nationale Supérieure des Beaux-Arts de Paris. She attracted critical attention and earned the Villa Medici Hors les Murs award and Les Etoiles de la Peinture (Stars of Painting) prize as well as gallery interest, which has enabled her to build a career in France as well as the USA. Nevertheless, Bennys never stopped exhibiting in Tunisia, and her work is supported as much in the country as it is internationally with works in such collections as The Cleveland Museum of Art. Ohio, U.S.A., Agnès B. private collection, Kamel Lazaar Foundation. Tunis, Tunisia, Ministry of Culture collection. Tunis, Tunisia and Frédéric Mitterand (former Minister of Culture) collection, Paris, France.

Bennys’ practice, which spans between painting and structural sculpture, looks at the essence of shape and colour as modes of relations, which connect the artist with the world and the artist’s work with the audience. Often using cement instead of canvas as a support for her paintings, Bennys plays and subverts our ideas about materials – making a surface associated with hardness and heaviness, seem effortless, playful and implicitly tactile. Equally implicit in the lines of the work is the visual associations with Tunisian textiles and patterns, characterised by subtle lines and stripes.

After many years of living abroad, Amel Bennys has recently returned to Tunis to live and work and reconnect with the city’s burgeoning emerging art community. 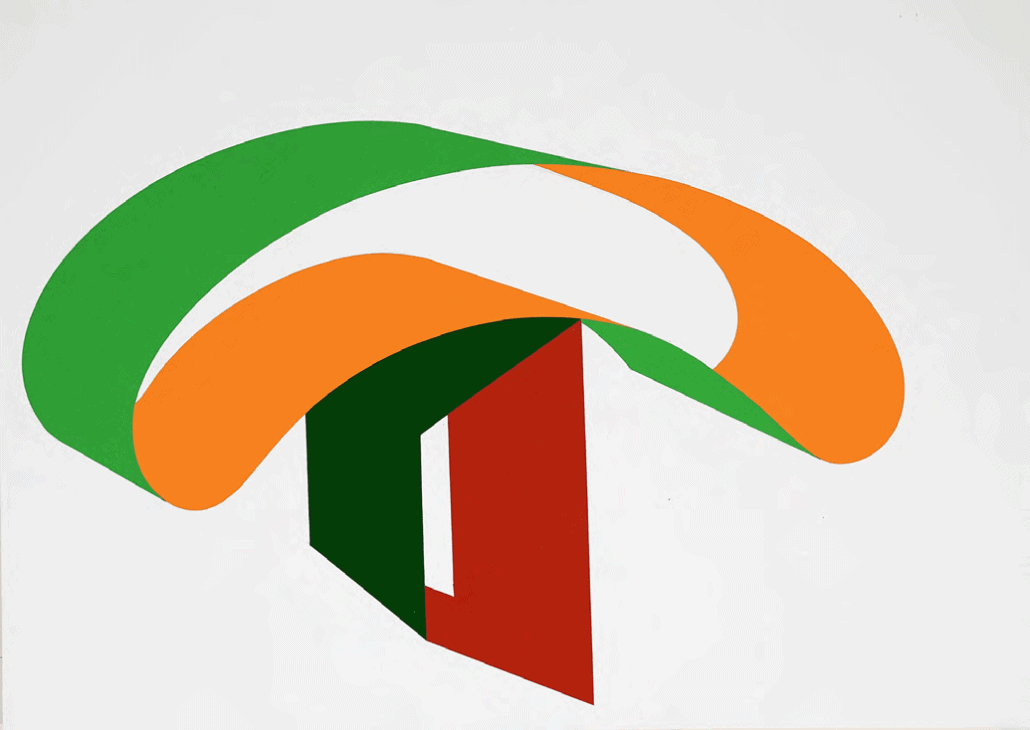 After earning his BFA at University of Ife (Nigeria), where he received his Bachelor of Fine Arts degree with first-class honours in 1980 Audu left to further his studies in the USA, earning an MFA in Painting and Drawing at the University of Georgia.

Audu’s practice is characterised visually by precision, elegance and geometry. While superficially drawing connections with minimal practices of artists like Mondrian, Josef Albers and Sol Le Witt, philosophically Audu’s practice is derived explicitly and implicitly from Yoruba worldview and spirituality. Many of his works are conceived as conceptual self-portraits analysing the connection and projection of memory through time.

Yoruba philosophy and religion agree on a life-journey with god before birth. This memory is erased at birth, and your life’s work is to recapture that memory and fulfil that life-plan. Audu’s practice uses the motif of a rectangular box as a representation of a head as a vessel for conscious. It is a point of departure for the process of self-seeking spiritual accomplishment. 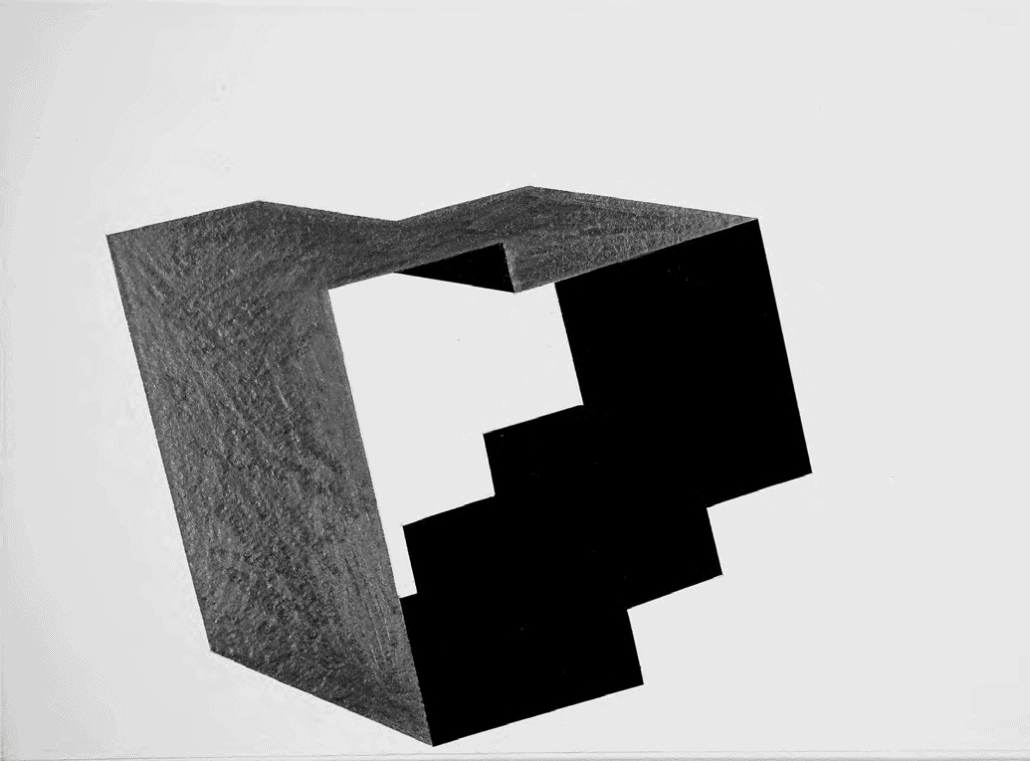 Audu’s unique connection between geometry, philosophy and aesthetics, has enabled him to engage with audiences around the world with exhibitions not only in Europe and the USA but also Japan and Korea where he took part in the Gwangju Biennale, as well as exhibitions in Nigeria and elsewhere on the continent. His works are in numerous private and public collections including The British Museum; The Horniman Museum, London; Schmidt Bank, Bayreuth, Germany; The Wellcome Trust, London, The National Museum of African Art, Smithsonian Institution, Washington DC and Newark Museum, Newark, New Jersey.

Valerie Kabov is an art historian with a focus on cultural policy and culture economics. She is the co-founder and director of Education and International Projects at First Floor Gallery, Harare.