The Meal Is Not The Menu

SMITH is proud to present a second solo show of painting, fibre, installation and video works by artist Grace Cross. Titled The Meal Is Not The Menu, the collection explores the haunting of history, archaeology and spirituality on contemporary art making. 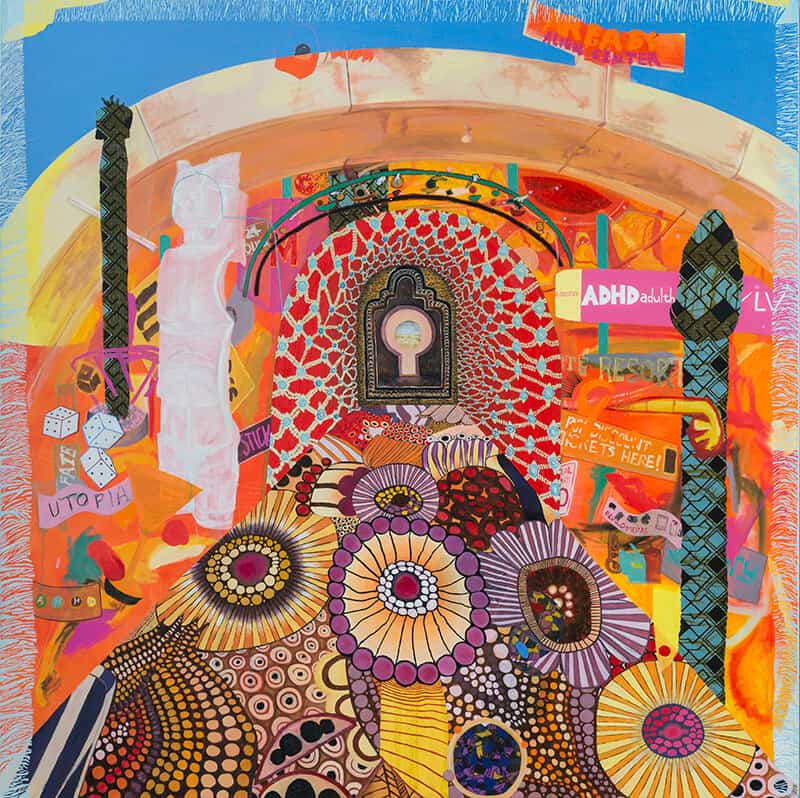 Cross draws from both ancient and more recent historical references; from the Cradle of Humankind, Neolithic Mesopotamia, the Gold Rush era to more personal and contemporary narratives extracted from Johannesburg, the American west, India, and Greece.

Working like an insurgent female mystic or modern soothsayer, Cross’s works are also spells; the conjured imagery and playful use of materials conspire to invoke new meaning. The resulting works are constructed spaces in which symbols, thrown like bones, envision the future from the temporal present. 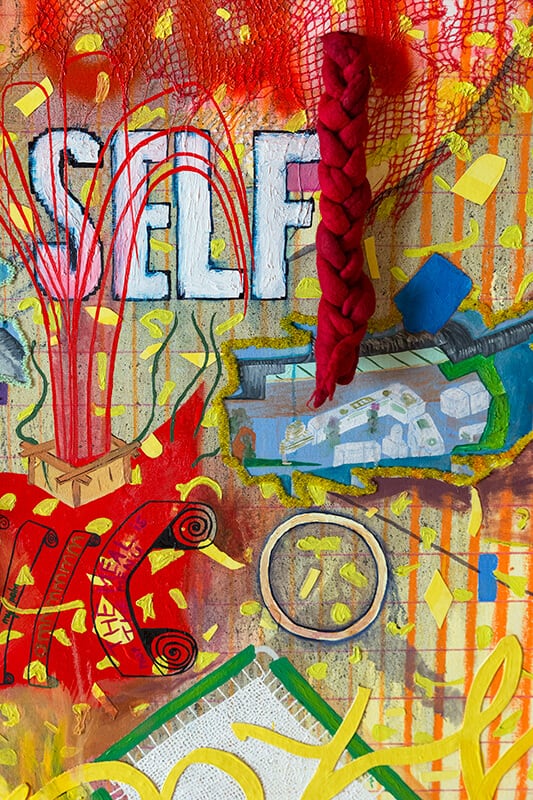 “My work investigates how the stuff of the earth (minerals) and of mind and spirit (mythology and sacred knowledge) is brought to the surface, where it undergoes a fundamental transmutation into secular and spiritual currency,” says Cross.

A tension thus exists in the work between ideas of a supernatural existence expressed through the ability to transform physical materials and resources, and a secular take on the same idea.

Referring to the show’s title, ‘The Meal Is Not The Menu’, Cross says “I thought that because my work is so filled with references to the power of symbols, of facsimiles and copies, a title referencing the mimesis in the show made the best sense. I also like that it is, like many Zen mantras, something to muse on and take into your daily meditations; to make yourself more present and open to the world”.

Cross inclines towards artefacts that have been destroyed or no longer exist, reproducing them in such a way as to retain the aura of the original symbol. Her depiction of spiritual candles – ubiquitous to the Hispanic community in Chicago – believed to be capable of reversing ill fortune speaks to Cross’s fascination with the reverence associated with certain symbols. Her reimagined tarot cards are further cases in point. 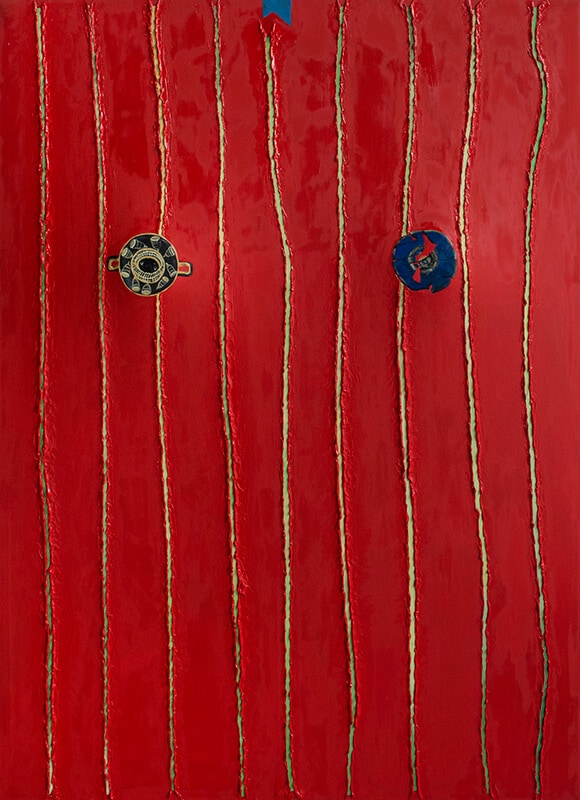 “I’m interested in the resonance of these ancient artefacts and many of the objects in my work are totemic in some or other way. A lot of these objects are about faith or belief; in other words, about giving yourself up to a higher power. We all choose something to believe in and this idea is embedded deeply in the show.”

Cross’s repetitive use of the weave throughout her work is a pointed gesture aimed at drawing attention to the nature of her work surfaces and their relationship to the materials and images superimposed upon them.

“My paintings seek to represent a cosmological world, where the ground, made of woven fibre, becomes the landscape that my paint adheres to. The substrate and the content cannot be separated because of their symbolic nature. I work with pictures that are so full and so extensive that it is impossible to take that step backwards, screw up one’s eyes, and enjoy the whole. I want to get people to move not just their eyes but also their whole person along and around the picture plain as if they were reading a map or playing a game.”