The EYE Filmmuseum has formulated an inventive and innovative way to feature their archival film footage – and not without the help of their latest employee, a filmmaking robot named Jan Bot.

Jan Bot is a computer program that uses artificial intelligence (AI) services available online, to generate short experimental films. The footage is sourced from the Eye’s archival film footage and selected against today’s trending topics on the web. Jan Bot produces an average of ten 30 second films per day. 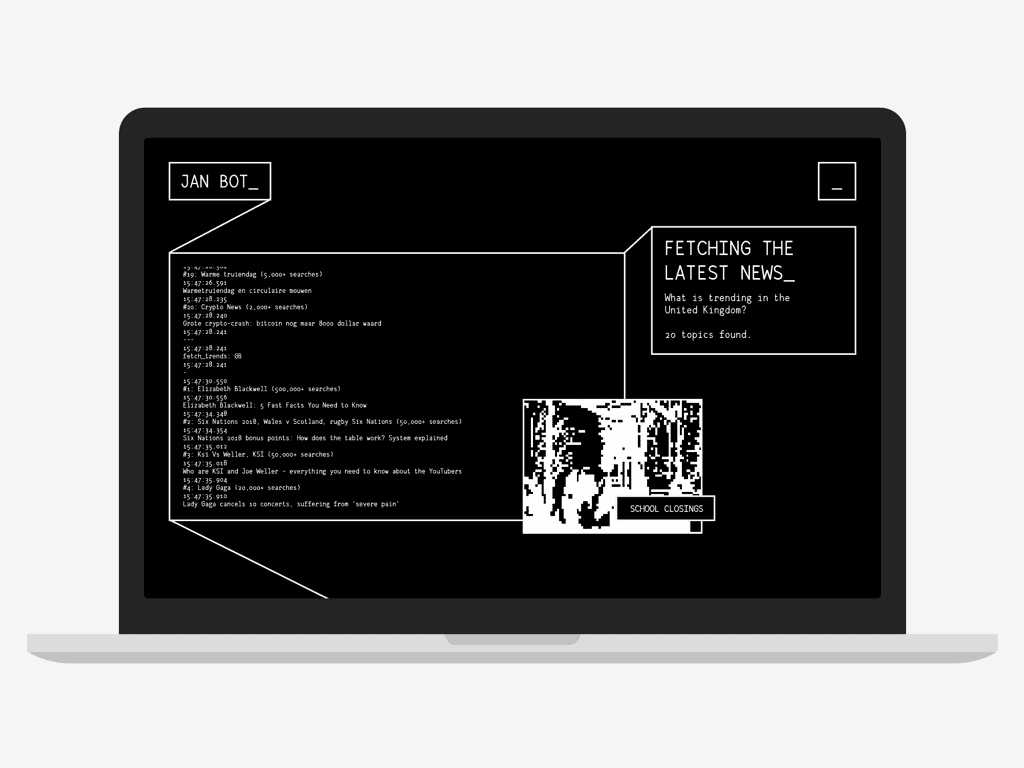 At WWW.JAN.BOT you can watch the videos being created in real-time. Snapshot. Courtsey of EYE Filmmuseum

When visiting Jan Bot’s website it may seem like a random association of images and text, but on closer look Jan Bot reveals a totally unique, non-human display of sense-making logic. This signifies yet another step into the realm of AI ‘creativity’ – Jan Bot is able to rapidly recreate original content by ‘reading’ from algorithms online, producing what is arguably art from a non-human logic base.

“To me Jan Bot is both naïve and complex as a filmmaker: naive in the sense that it might take some references too literally, like reaching for images of ‘rocky’ mountains when asked for ‘rock’ music. But also complex in the sense that it is able to associate images on multiple levels, content and style wise. In this way it avoids cliches that a human would be ‘automatically’ drawn to follow,” says Elif Rongen, film curator at EYE.

The project was born from a collaboration between EYE Filmmuseum and filmmakers Bram Loogman and Pablo Núñez Palma, who wanted to reinvent how old film is being stored. Film archives expend vast amounts of time and energy to the preservation of old films, but to what end if these treasures remain hidden from any audience? With this in mind, the team conceptualised a way in which to adequately preserve film while still featuring the contents to an audience. And with this came the realisation of Jan Bot and ultimately a revisioning of the future of film preservation. 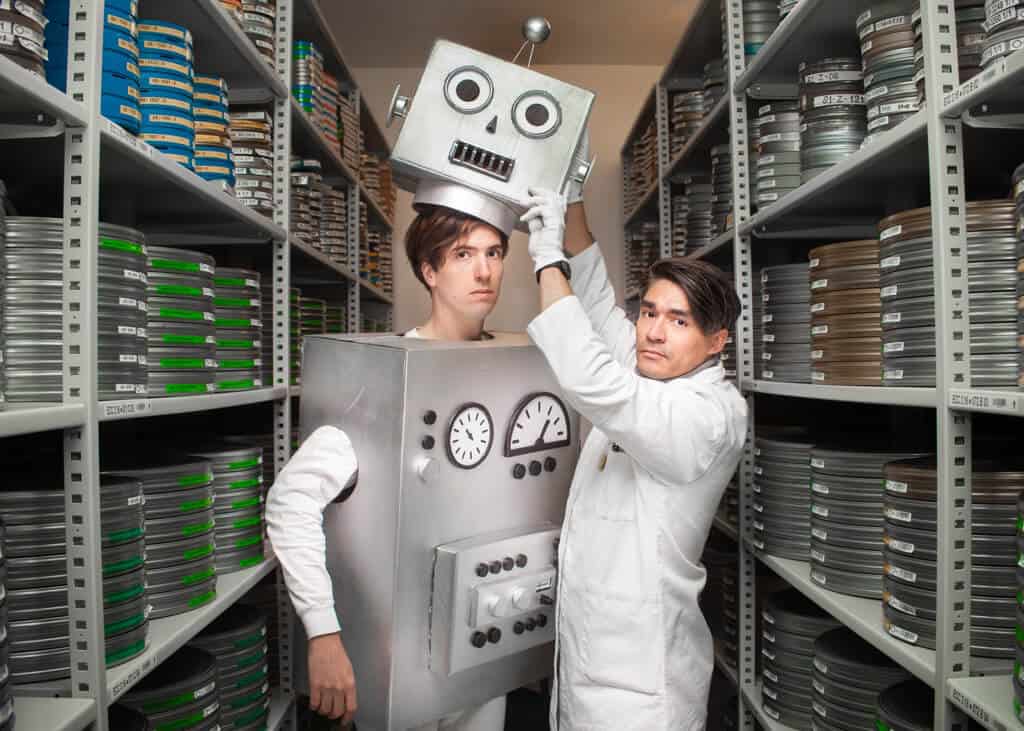 Another motivation leading up to the project, as stated by the directors Loogman and Palma, “was to explore the aesthetic potential of some of the most popular AI tools available today.” The way we see AI presently being used in technology is largely focused around marketing and big data, tracking the behaviour of social media users and analysing trends – and all this to eventually target and influence a population to buy into a set of idea’s for voting or financial power. Instead, Looghman and Palma wanted to explore the capability of AI from a more neutral perspective, without a specific outcome in mind, and to ultimately test the potential for AI to create an alternative story.

“Working with Jan Bot has been a treat; He is always surprising and quite funny too. Plus because of Jan Bot I finally follow the news, ” says Mirka Duijn, Jan Bot’s producer.

The narrative on the impending age of AI has always been one centred around fear. Science fiction has always suggested AI to be an existential threat to humankind and of a homicidal nature. Just recently we have seen the CEO of Facebook, Mark Zuckerberg, implicated in the Cambridge Analytica data scandal which saw 87 million facebook users’ data mined and sold in an attempt to influence voter opinion. We’ve been warned by intellectual leaders like Elon Musk and Stephan Hawking, prominent voices that have raised red flags about AI. But are these fears really founded?

Kilian Weinberger, an associate professor in the Department of Computer Science at Cornwell University, reassures us that fears that AI will develop awareness and overthrow humanity are grounded in misconception. AI functions within a clear set of limitations, and while they can perform exceptionally within those boundaries, that is where it stops.

Where the real fear should lie, warns Weinberger, is in other humans and the intent with which these tools are used. AI can easily be harnessed by the wrong people to do ‘evil’ things. The prospect of AI being used in weapon and security intelligence development for example – These are certainly substantive fears that we ought to be worried about.

However, as with all things, both the positive and negative capabilities must be considered and this is no different with AI. Although popular media and science fiction have propagated a fearful narrative surrounding AI, one steered toward an apocalyptic AI takeover – the benefits are rarely given as much airtime. Not only is AI being used in healthcare, conservation, social improvement and rescue operations it’s now being driven in the arts. Jan Bot is an exciting development in the field of film preservation and marks the beginning of future collaborations between AI and the arts.