ART AFRICA spoke to artist René Tavares, represented by This Is Not a White Cube, about his series Migrations and Things – Tchilololi Unlimited 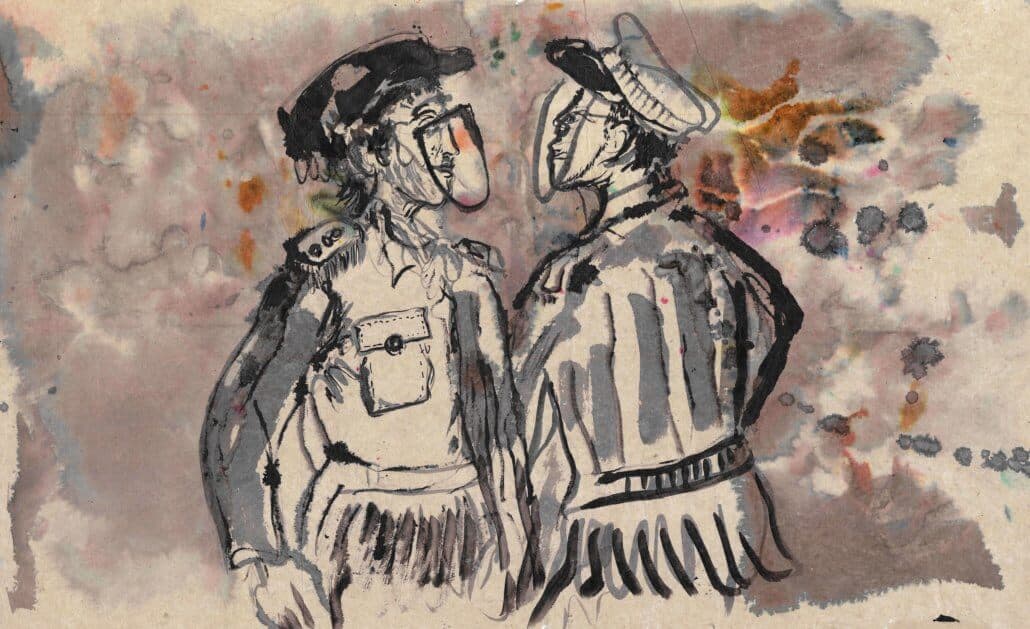 ART AFRICA: Can you explain what Tchiloli is and the cultural importance it has in São Tomé and Príncipe?

René Tavares: Tchiloli is a reference play (theatre) in São Tomé and Príncipe, introduced in São Tomé in the 17th century by the Portuguese. It was adapted at the time by the slaves and became a provocative means of communicative demonstration against the Portuguese regime. After its prohibition, like most other African expressions, Tchiloli became a symbol of resistance and is currently a unique artistic expression, which best identifies the culture and the identity creation of the São Tomean people.

Your series ‘Migrations and Things – Tchilololi Unlimited’ derives a part of its name from this cultural performance. Can you explain how it informs your work?

Tchiloli has been a source of inspiration for me as an artist and an African who defends globalisation values. Through Tchiloli, I ask myself about several themes, and I look for answers or open other questions that result in artworks in different forms and artistic categories: photography, painting and drawings. Migrations and Things is an example of this search, and Tchiloli is the engine for its history.

Recently, migration has been a very relevant theme in our daily lives, and this project emerges as a refreshing of the memory of forced occupation, of artefacts taken and brought from Africa to the world and vice versa, of people and goods, brought and exchanged. Tchiloli itself is a piece of Western history taken to São Tomé and adapted by Africans.

This project brings the memory of this exchange, or cultural sharing as a result of migration, to a current context. In every work, I have to understand the relationship between time, space, history and heritage to talk about a certain multicultural identity, which is a collective memory that tends to be hidden or devalued today. 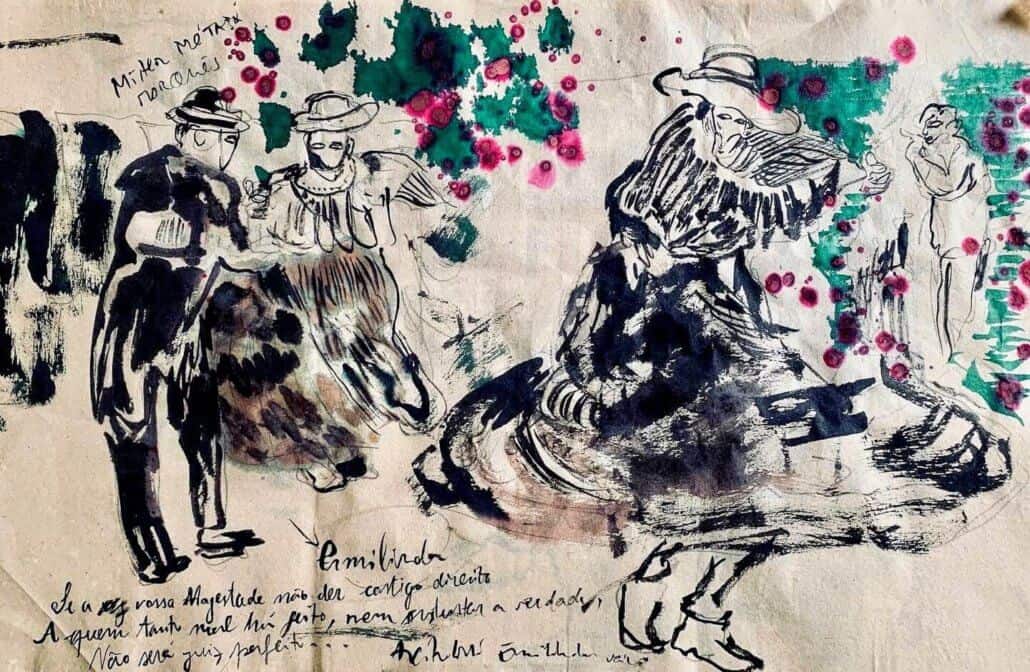 You take a multidisciplinary approach and work across painting, photography and drawing. Can you explain why these are your preferred mediums of expression?

I started painting and drawing very early. I then graduated in visual arts from the school of Fine Arts in Dakar – Senegal, where painting became an important challenge due to the nature of the curriculum. Drawing is the basis of everything; it is an intellectual exercise, a way of writing and expressing ideas. After Senegal, I went to study in France. I saw the need to look for other answers in photography as an artist, perhaps because of the need to intervene more explicitly and directly, in a less solitary way than painting. Photography also often supports painting and drawing. I think they are languages ​​that marry easily and allow us to express ideas more profoundly. 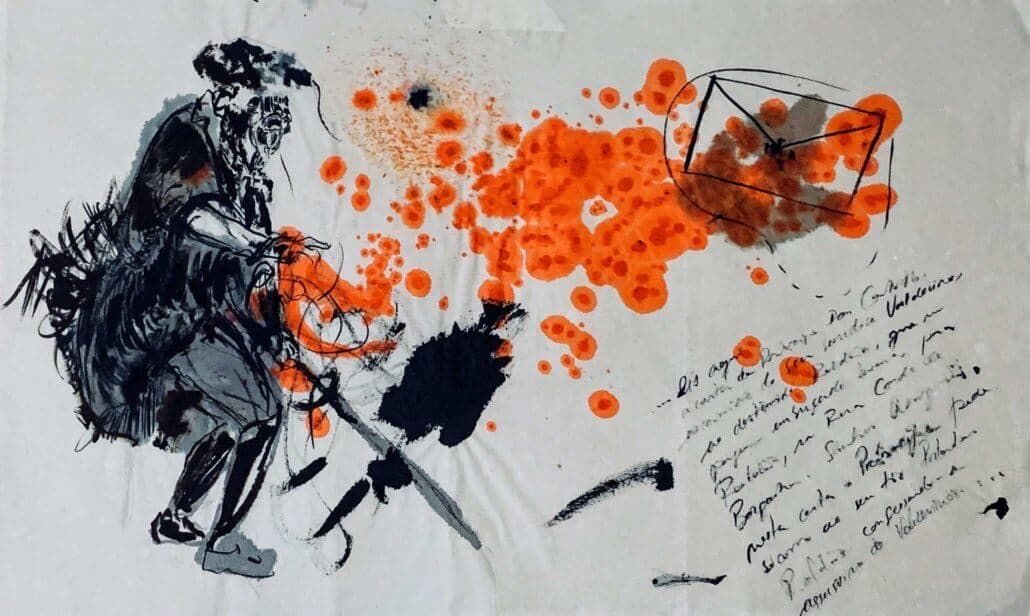 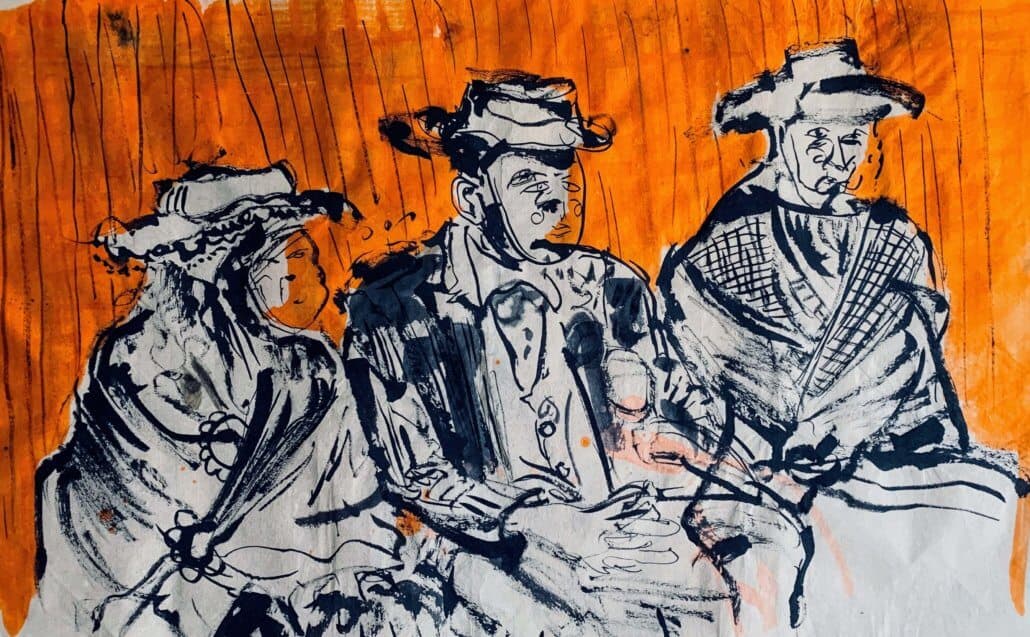 In your artist’s statement, you say “More than places, departures or arrivals, our identity is increasingly defined by the set of memories that make up our values.” Can you elaborate on what this means and what the relationship between memory and heritage means to you?

I believe more and more through my travels that spaces as a territory have no value ​​if it is not associated with a history or memory I’m experiencing. We are also the set of these memories, and we carry the value of history; this relationship between memory and heritage is what makes our identity.

However, despite the overlapping interests, heritage is more directly focused precisely on those memory triggers that also act as props for narratives of identity and belonging. This relationship is more and more sensible in the contemporary context, and I admit to being the result of this consequence of space or place, in the same way, that I assume my African values ​​and the importance of the message of my values ​​through the territories of departure and arrival. 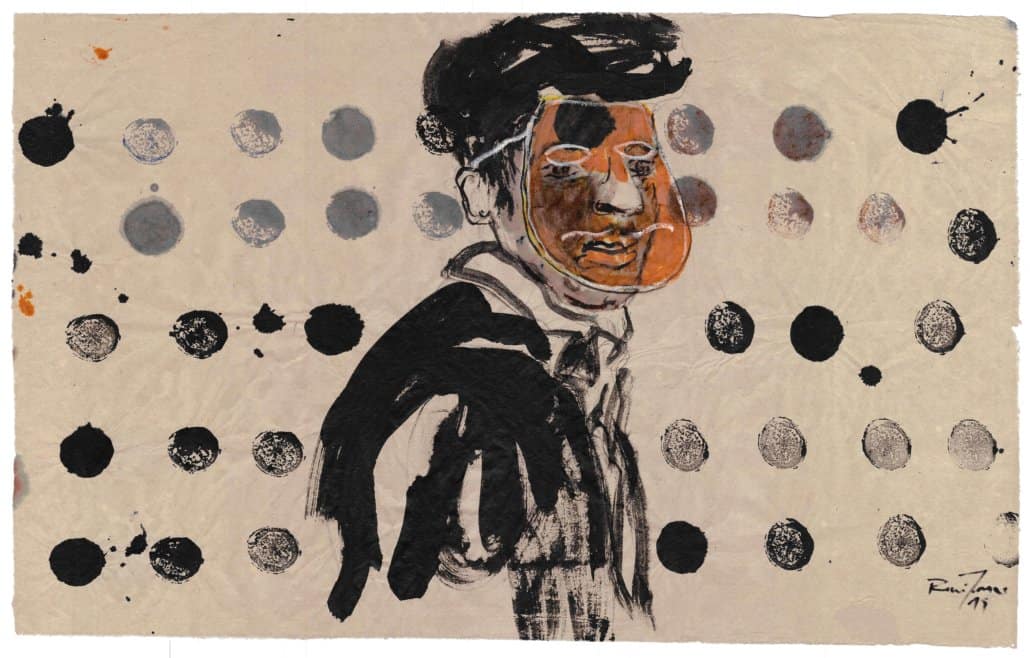 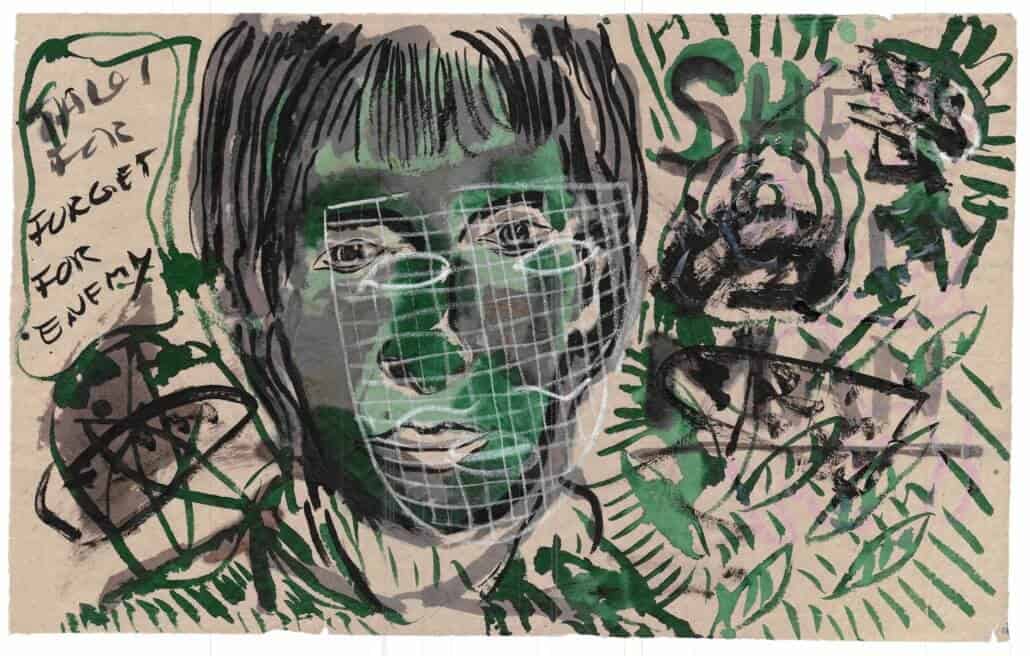 Your recent work has had a more political edge, is there anything in particular that prompted this change in approach?

Art can be understood as a form of political discourse or as a vehicle with which to transcend the political. Art questions our understandings and perceptions of the world, altering the discursive frames within which the political is negotiated. I’m interested in how to explore art’s engagement with politics and its vision of the world but not using art to make politics. I guess this is part of a kind of self-conscience that comes from the fact that I should be more an active citizen, committed to the socio-economic development of my country and my continent.

This Is Not a White Cube’s booth at Cape Town Art Fair this year seeks to start a thematic dialogue that deals with memory, identity, tradition and decolonisation. Can you explain how ‘Migrations and Things – Tchiloli Unlimited’ addresses these themes and do you see any similarities between your work and the work of your fellow exhibiting artists?

This is Not a White Cube has a set of artists with excellent languages ​​with regard to identity, memory, archive and traditions. A dialogue is created in which memory is the keyword and of common interest. In this way, we develop dialogues that emphasise the intention to provoke a continuous position of transgressing and insurgence.

There is the idea of overcoming of colonialism, and in extremis, the idea of ​​decoloniality that indicates precisely the opposite and seeks to transcend coloniality. Decolonial, therefore, implies a continuous struggle – A Luta continua.

The project Migrations and Things is, basically, talking about contemporary societies through this collective memory, invoking a continuous movement of aesthetic, cultural and even linguistic influences. It aims to understand the migratory cycle of the human being as a need intrinsic to the survival of man since the beginning of time and to explore new frontiers of language that emerge. It aims to perpetuate memory and heritage in a space where traditional culture and more contemporary forms of expression intersect. 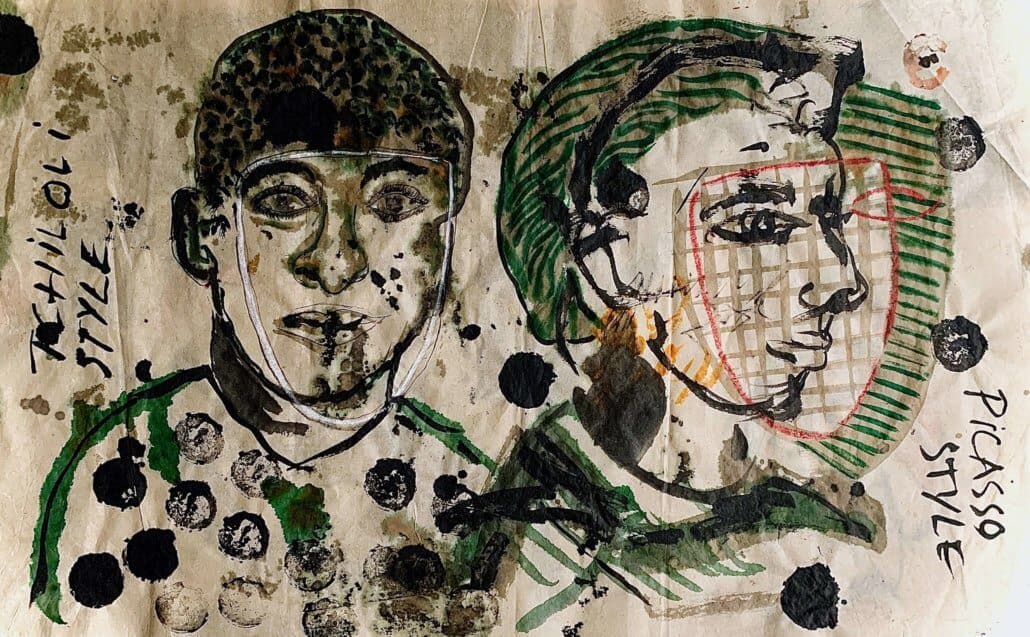