Creating synergies for Africa and the diaspora

MOVART is the story of a leap of faith taken by its founder, Janire Bilbao, back in 2011. During a professional visit to Luanda, she met a vibrant group of Angolan artists  from all walks of life whose artistic process voiced their dissidence to the harrowing and complex societal realities, celebrated their ‘Angolanidade’ and referenced their rich and enthralling historical and cultural heritage – all the while asserting their position within global and politicised narratives. Janire vowed to create an international platform to promote their work and create synergies between artists from various parts of the world. 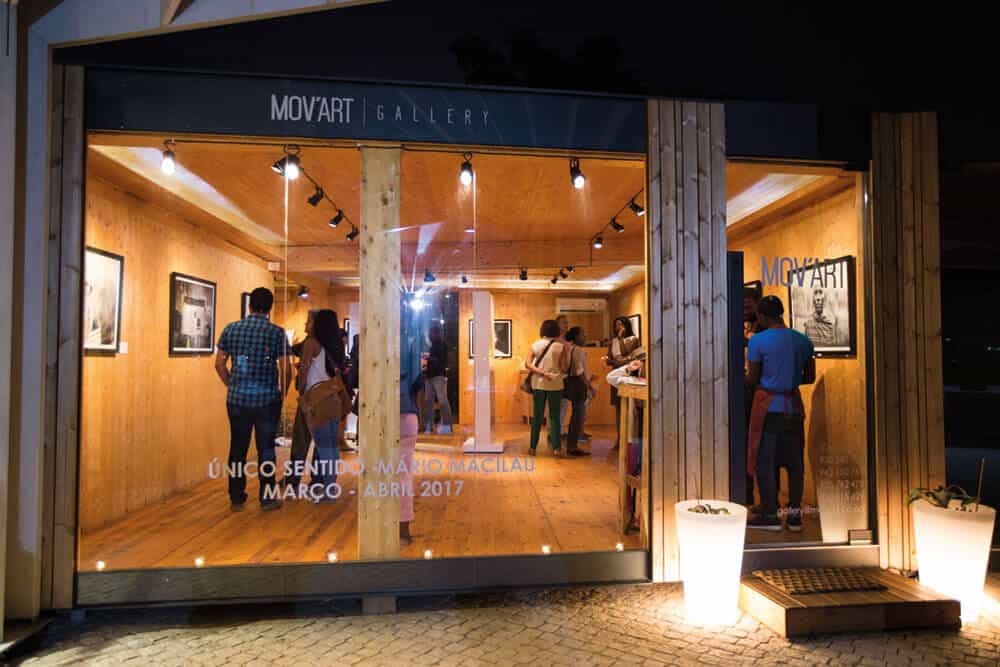 Outside view of the exhibition, ‘Único Sentido’, by Mário Macilau Março at MOV’ART Gallery.

Starting out as an experimental itinerant exhibiting concept in 2014, MOVART presented large-scale painting installations, performances, and video artworks by contemporary African artists in a series of sixteen exhibitions in locations throughout Luanda and abroad. From unconventional disused buildings to emblematic institutional ‘white cube spaces’ – these happenings attracted art enthusiasts, collectors, international visitors and a public keen to familiarise with the local art scene. Following on the positive reaction by the local market, it became obvious that a permanent exhibiting space was a necessity.

MOVART Gallery – the first commercial gallery in Angola – opened its doors in early 2017 on the Marginal of Luanda. The most important mission of MOVART is to ensure that the world gets to know all that Africa and its Diaspora have to offer – not because of a perceived ‘otherness’ or exoticism, but because these artists express realities and discourses which are often invisible, or under represented, on the international art scene. 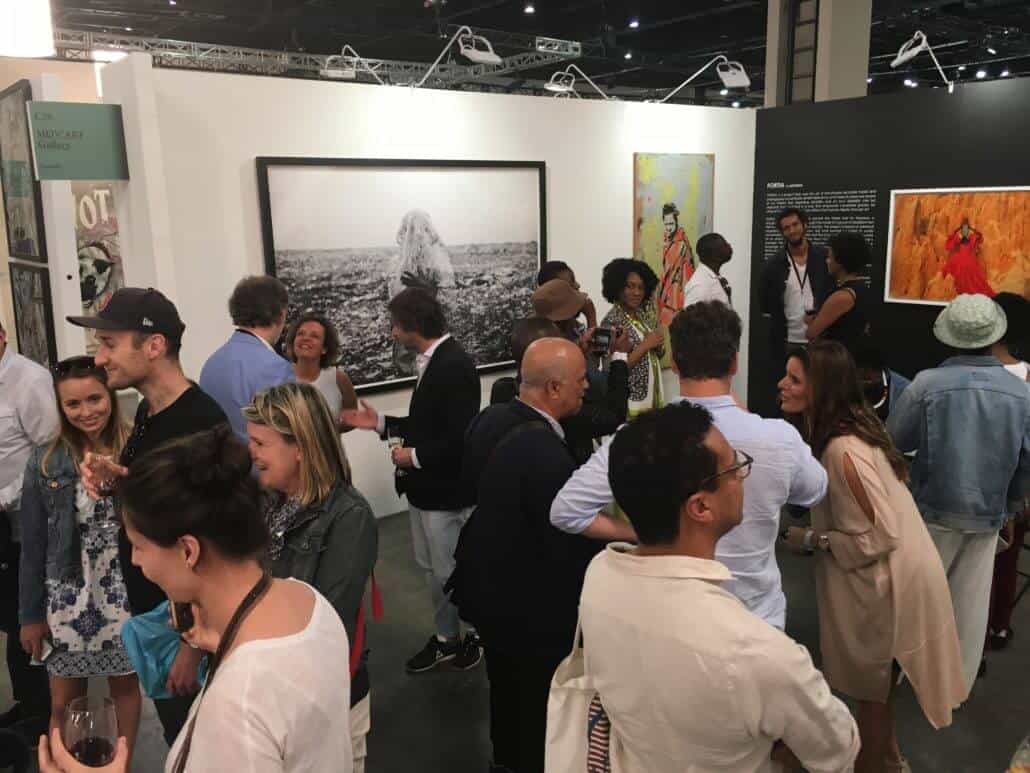 African contemporary art is not a fad but a permanent fixture on the art market permitting artists to gain the attention and canonisation they deserve.

With a strong focus on Angolan artists at its core, MOVART is committed to raising their profile internationally, exposing a global audience to the rich artistic language and agents of a little-known country. MOVART gallery also aspires to be a space for dynamic discussions and innovative contributions on matters specific to Angola and to greater Africa.

The gallery also collaborates with multi-disciplinary artists from the African continent and within the Diaspora – specifically focusing on Portuguese speaking countries whose artistic practice is concerned with the elaboration of meaning within an African socio-political context. The MOVART team showcases the artists’ works as part of scheduled exhibitions, off-site projects, installations, residencies, performances – all opportunities to allow the artists to experience with new contexts and audiences. 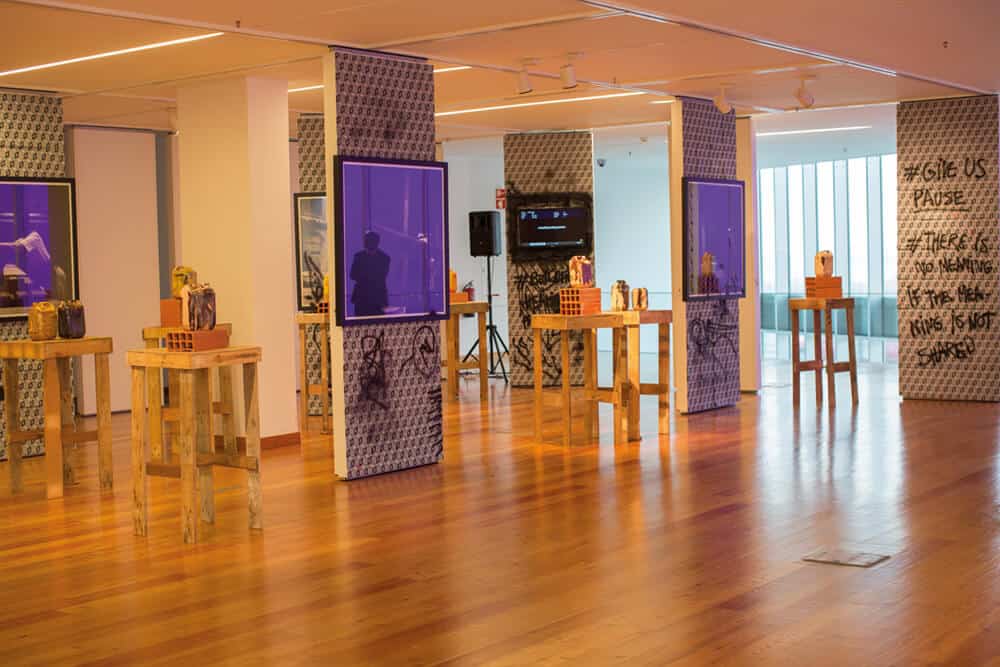 ‘Conexoes Femininas’ at the gallery space of Banco Economico.

MOVART is weaving a strong network of partners and sponsors which enables the realisation of ambitious artistic projects.

In 2015, with the support of Novainvest, we invited two Portuguese artists to travel to Luanda and collaborate with eight artists to co-create a collective exhibition.

For example, we converted  three floors of an iconic building – whilst under construction – into an exhibition space for the artist Ilhosvanny. During a week, his painting installation, video works and performances could be appreciated by the public. A building , part-ruin-part renovated, was the appropriate space to present ‘Desafectados’, where images of Luanda were shown. It encapsulated the city’s current state.

The exhibition ‘Conexoes Femininas’ (2016) saw up-and-coming artists Keyezua, Rita Gt and Ana Silva take over the gallery space of the Banco Economico to present works depicting their respective version of feminity. A show by women and for women – the minister of culture and other female personalities of Angola showed support with their presence. 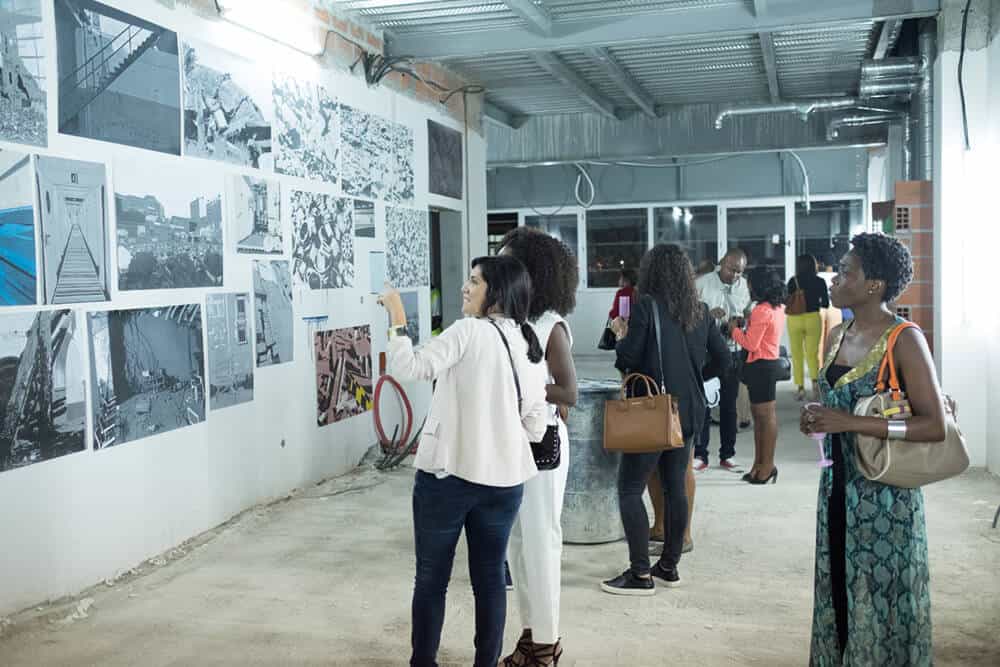 This year, we invited Ihovanny – who is based in Barcelona – to come and work in Luanda with the sponsorship of the Spanish Embassy and Air France. It resulted in his most recent show ‘Paisagem Queimada’.

We are also working on a residency program which would see artists work together – both in and out of Africa.

MOVART believes in the creation of a globalised world where open-mindedness prevails, exposing people to the diversity of realities. By reaching out for our common humanity and being more critical of the world we live in. Art is an important player to achieve this. 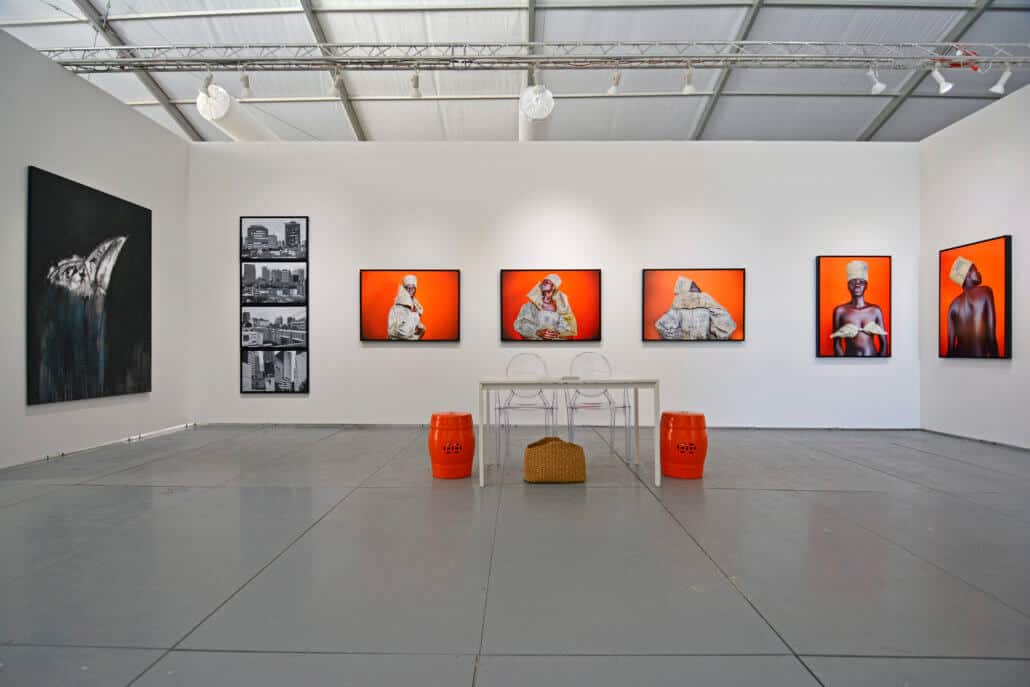 Paula De Almeida is Cape-Verdean; Lisbon-born; French-raised; London educated. She holds a postgraduate studies in History of Art and Architecture. She is interested in inclusive production of knowledge with a particular interest in performative art and subcultures. She is a writer who has contributed to various publications. Paula is the founder of Artepid and member of Lisbon-based collective Xerem and 1-54 Contemporary African Art Fair team.