Accidental Art is a public art project sponsored by Nando’s and directed by Yellowwoods Art. Its core concept is to “take art outside” – making art accessible to a wider audience, while celebrating Nando’s ongoing involvement and investment in local art.

The project aims to draw attention to creativity and the way in which we use the urban environment, while encouraging passersby and Nando’s patrons to think, reflect and communicate. This will allow for opportunities for people to engage with the art itself, the artists and city spaces in which we live and work. Besides supporting the expression of creative thought, the project will inject new life into the public realm by beautifying and improving the urban environment. 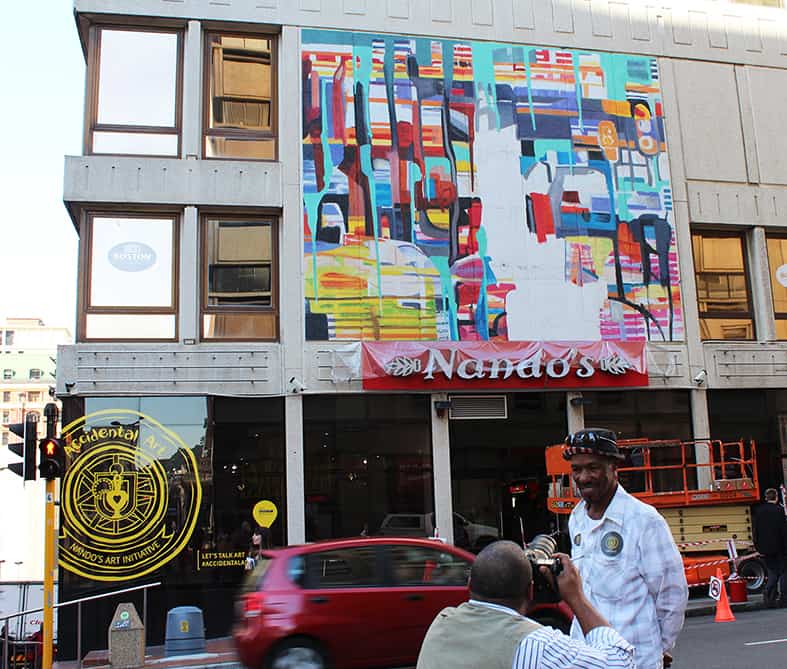 Xolile Mtakatya getting photographed in front of the artwork

Collaboration is key to the project: aligning the support and direction of Nando’s and Yellowwoods Art with the designs of local artists and the expertise of crafters.

The project launched in July and will run for two months, with installations at the Nando’s restaurants in Long Street and Kloof Street. These public art pieces will be showcased throughout the year and will remain in the public realm beyond 2014.

Says Kirsty Niehaus, Nando’s Art Initiative: “because Nando’s is a proudly South African brand, with a strong commitment to the local art scene, the question of taking part in the WDC – with Cape Town as the host – was a no-brainer.” 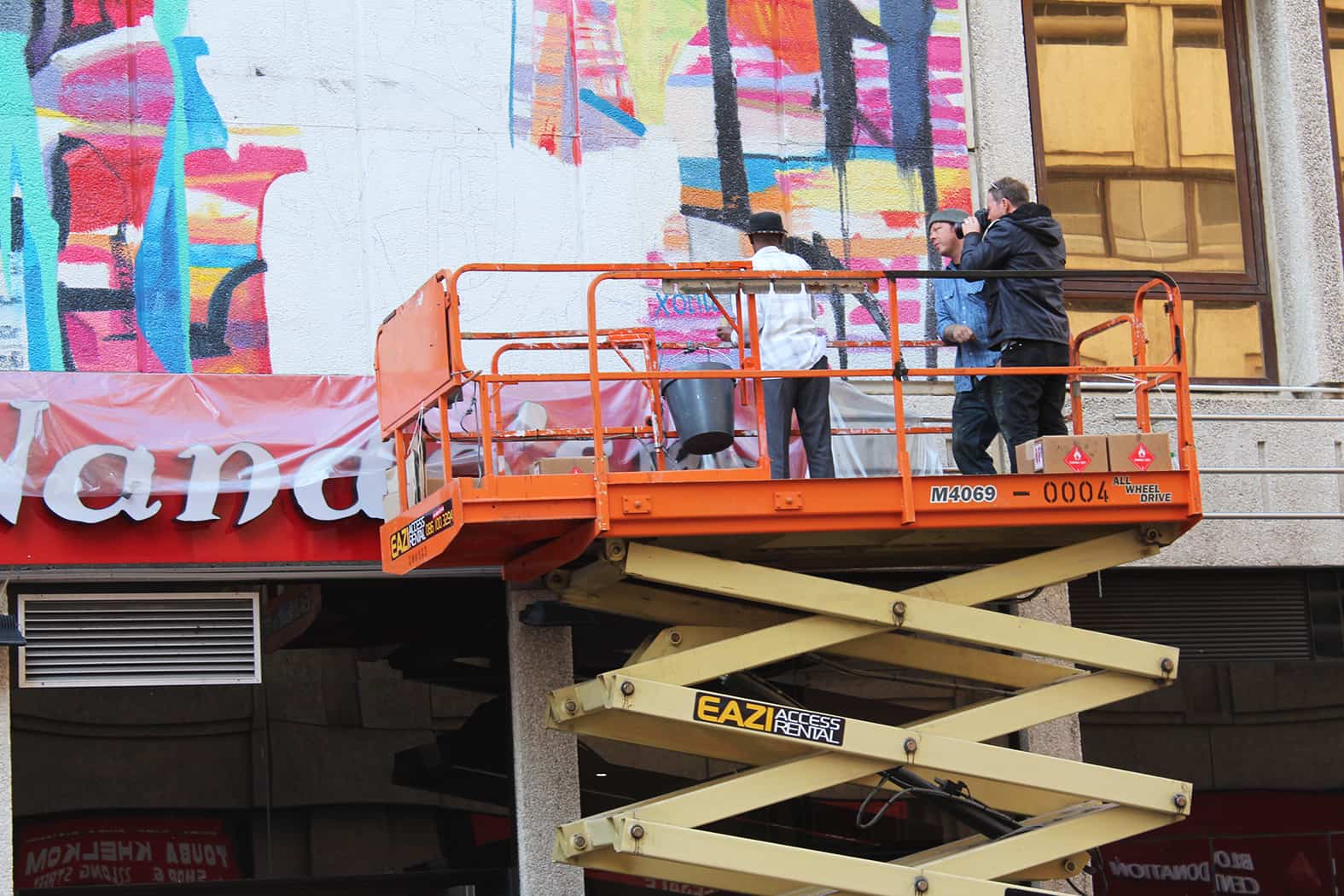 For the Accidental Art inaugural permanent installation, an artwork by Xolile Mtakatya was scaled up and applied to the facade of the Matador Building, on the corner of Long and Waterkant Streets. This was executed in acrylics and spray paint by international hand paint specialists, Colossal Media.

The location means that the striking 7m x 9m artwork will be seen by motorists driving up Long Street, and pedestrians walking down Waterkant Street. The execution is taking place between 7 and 13 July, and the process itself promises to be a unique spectator activity.

The next part of the project will be a 20sqm half-square ceramic panel, conceived by Liza Grobler, and produced by the Yellowwoods Art Ceramic Studio, applied to the facade of the Earlgo Building, on the corner of Kloof Street and Park Road – near the Kloof Street Nando’s.

“What better way is there to showcase our love of art, than through the WDC in one of our premiere cities in South Africa”, says Niehaus.