Ashraf Jamal interviews Charles Shields, director and co-owner of Everard Read Gallery in Cape Town, on the upcoming opening of Circa London in March 2016. The move promises to hold many exciting developments both for the gallery’s represented artists, as well as for the international arts community which is in many ways centered within this international hub. 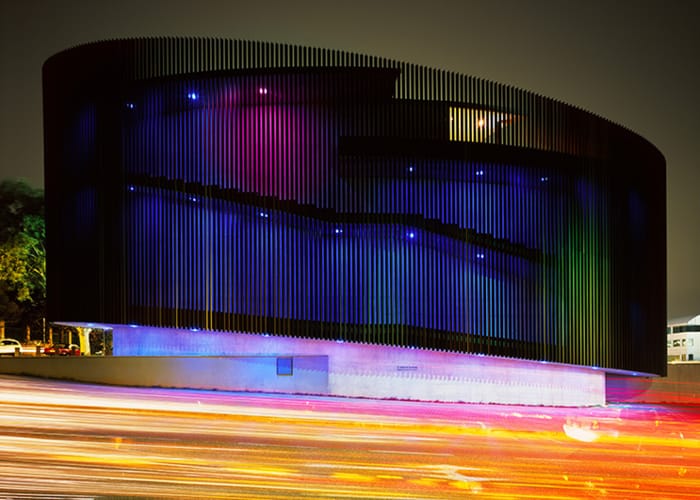 ABOVE: The dramatic architecture of Circa on Jellicoe in Johannesburg is well-known. Photo courtesy Everard Read.

Ashraf Jamal: What are the advantages for Everard-Read in positioning yourself in London? Please also briefly tell us about the London-based dealer Everard Read is aligned with.

Charles Shields: We have always had an affinity to London and nurtured relationships there over the years. Initially Everard Read, then Mark Read and latterly myself have spent years pounding the pavements, trying to develop a market for our artists in South Africa abroad, and to find international artists there to bring back to our local audience. South Africa is a long way from the US and Asia, and whilst we have seen a significant increase in international collectors visiting us in SA in the last 10 years, it is not the same as having a gallery in London – which remains a central hub for art and travel. Circa London will be an international home and springboard for our artists, and we expect to achieve exposure to a wider audience for them. John Martin (our London-based collaborator) has been a dealer in Albemarle Street for nearly 25 years and has recently hosted successful exhibitions of Deborah Bell, Dylan Lewis and Phillemon Hlungwani’s works. He is passionate about the art and artists we represent, and has been invaluable in helping us navigate the paths to opening a business in London.

What impact do you think your stable of artists with have on the UK-American market?

I think there is a curious need in the media to homogenize the universal discourse around the visual arts into one linear conversation that is currently being dominated by the UK /American axis.  It is an expectation reserved only for the visual arts, since in literature, music or film, it is acknowledged that there are multiple conversations going on simultaneously. It seems to be understood that audiences will align themselves with the dialogue that resonates with them, or they will engage across multiple platforms.  Practically, this is going on in the visual arts anyway. However, the attempt to dominate cultural discourse is really a marketing exercise by very successful and capable dealers, curators, critics, artists, art fair organizers who colonise the conversation in order to keep themselves at the centre of it, and kudos to them!  The nature of collectors however is that they are curious and don’t always want to have the same conversation.  We are having our own conversation with the world, to which all are invited, and happily there are many people from all over (including the UK and the US), who seem to resonate with what our artists both, South African and international, are working on and “talking” about.

What is your perception of the impact of African, or South African art on the world market right now?

I think there is still an element of the “exotic other” in the traditional market space. However, with the enormous shifts in global wealth and power, new segments often from the emerging economies resonate with and embrace the voices emanating from the continent.  I also think that, certainly in a South African context (as that is really our field of expertise), there is outrageous value to be had.  We have a vibrant energetic art-making community – who are working in all media in innovative and authentic ways, and whose “product” is very affordable by contrast to their European, American and even Asian peers.  In fact the buzz around African Art at the moment reminds me of that around Chinese Art in the early 90’s post Tiananmen Square. Art from China has since become a run-away train, fueled initially by European and American collectors, and ultimately by the Chinese audience as they grew in wealth and confidence.  The same will no doubt happen in Africa.  This may take some time, but our art world won’t fully develop until we Africans are ourselves prepared to throw large sums of money at investing in our culture.  It is starting to happen in the private sector – with private museums and corporations in South Africa – but until this becomes common practice we will be beholden to those who are prepared to invest, namely the international community.

Are there any personal insights or eureka moments which spurred this exciting new relocation and alliance?

As South Africa emerged out of its parochial apartheid nightmare, it became possible to have a dialogue with the world. What is abundantly clear to me is that on every level we are not only competing with our fellow galleries in South Africa for the proverbial hearts and minds (and display space) of the collectors and audience, we are up against every gallery on the planet.  Our business attracts clients who are well traveled – often with homes all over the world – and if they don’t like what we have to offer, they’ll look somewhere else. The corollary though has also emboldened us, namely if clients from all corners of the globe resonate with what we do, and keep coming back, why should we not take our artists’ work to a broader audience. It’s a leap of faith but the timing was just perfect.  Everything congealed almost of its own accord.  The space in Chelsea was identified through our partnership with John Martin. Georgie Shields, our London gallery director, became available through serendipity and has proved a formidable partner in galvanizing the process. Mark Read and I are in the happy place where we have a legion of artists making extraordinary work that we can’t wait to share with London.