This year’s theme, Interventions, examines how contemporary art serves as a catalyst for positive social change, engaging artists to think about their relationship to the social, political, and cultural framework of the society that they live in. As contemporary art is inherently an avenue for audiences to analyze and begin a dialogue about issues relevant to their present day, artists are asked to create work that will spark public discourse and make a difference in their local communities. 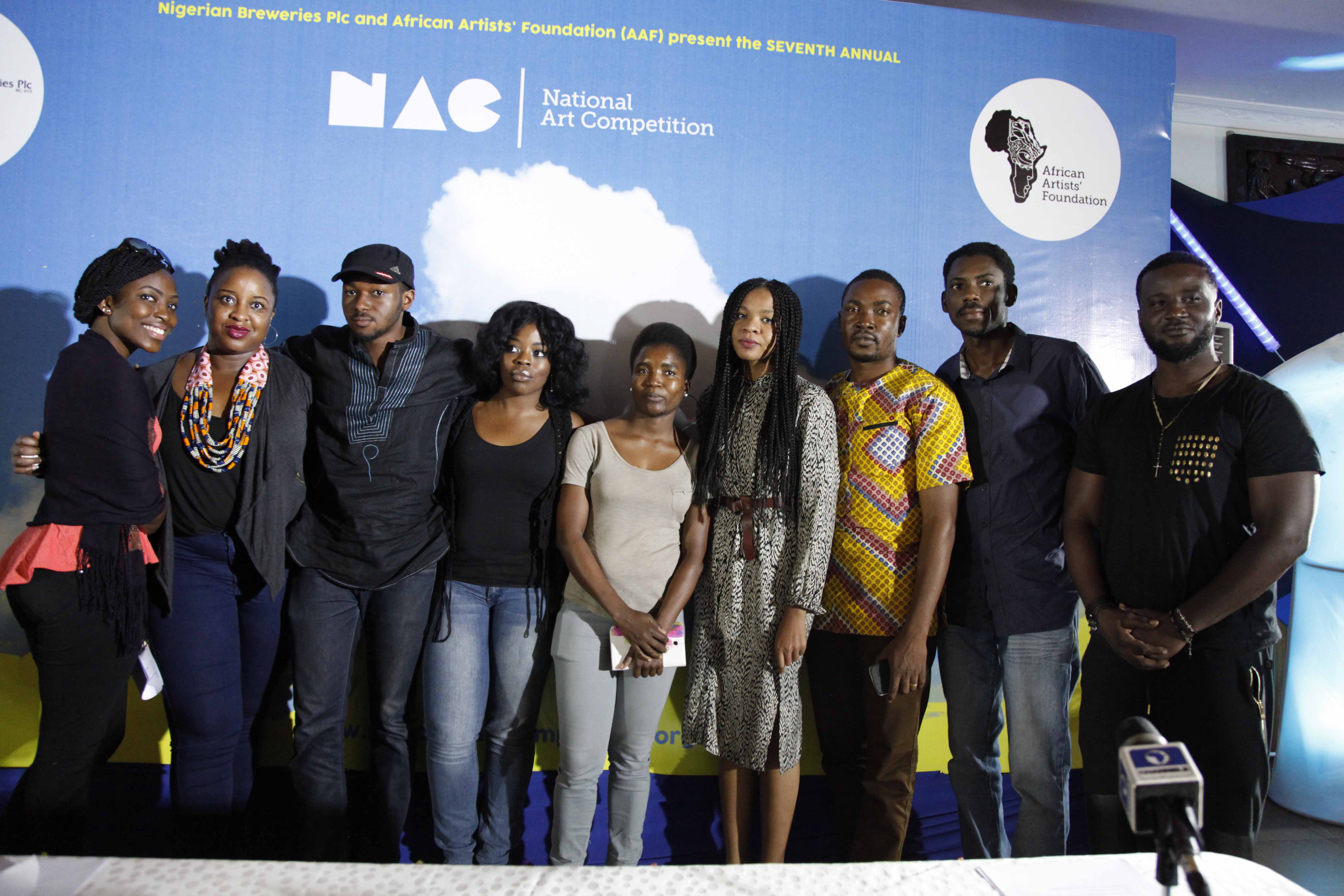 The National Arts Competition finalists pose for a group photograph.

Launched in 2007, The National Art Competition (NAC) is an annual initiative that provides a platform for the next generation of contemporary artists in Nigeria. Promoting the conceptual investigation of contemporary art and the processes of artistic creation, each year’s edition is driven by a theme that explores social and political issues in Nigeria today. After a call for proposals, twelve finalists are invited to participate in a week-long artist retreat with leading artists and creative professionals. At the final exhibition and ceremony, winners are announced with prizes totaling four million naira and national exposure opportunities.

Judging will be led by renowned artist and professor, El Anatsui. El Anatsui is an internationally acclaimed Ghanian artist active for much of his career in Nigeria. Throughout a distinguished forty year career as a sculptor and teacher (Professor of Sculpture & Departmental Head at the University of Nigeria, Nsukka), El Anatsui addresses a vast range of social, political and historical concerns and utilises a diverse range of media and processes. He was featured in the Venice Biennale (1990, 2007) and the Paris Triennial (2012). His work is in numerous private and public collections including the Metropolitan Museum of Art, New York, the Museum of Modern Art, New York, the Centre Pompidou, Paris, the Los Angeles County Museum of Art, California, the Bill and Melinda Gates Foundation, amongst others. El Anatsui currently lives and works between Ghana and Nigeria.

ARTsouthAFRICA would like to congratulate the winners on their success, and African Artist’s Foundation on their seventh year of hosting this important competition! 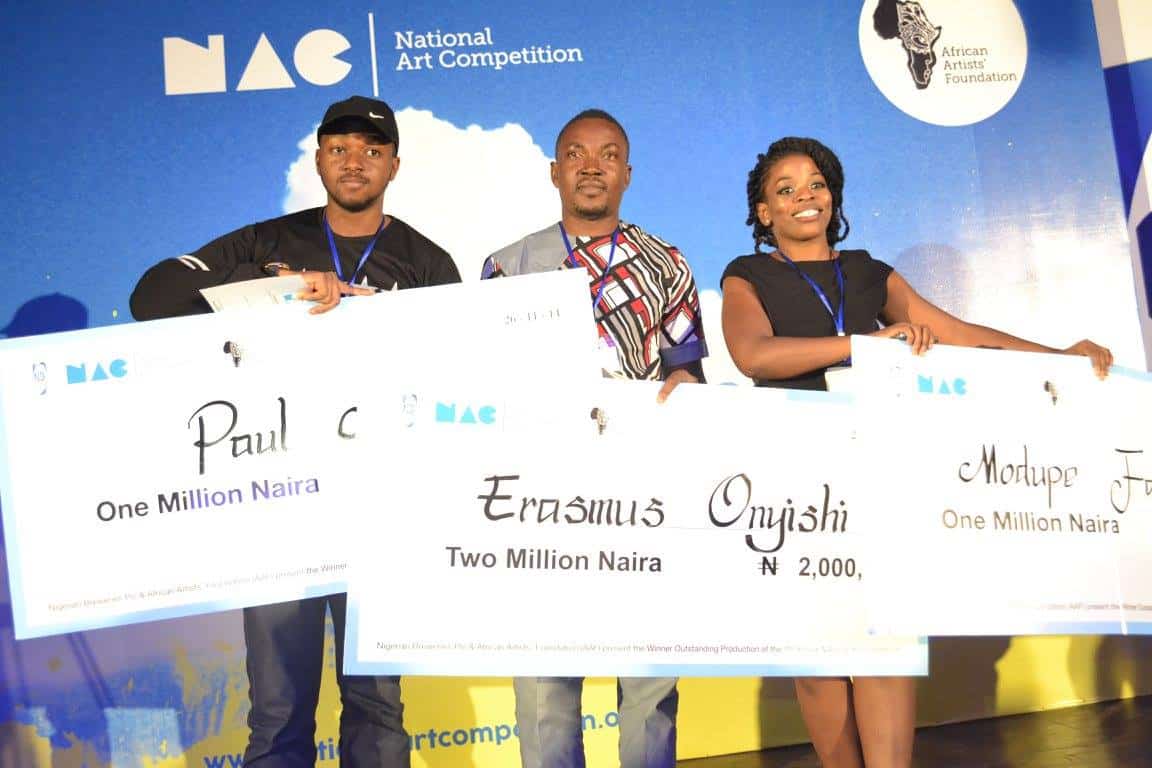 All images courtesy of and taken from www.nationalartcompetition.org and www.facebook.com/AAFNigeria.